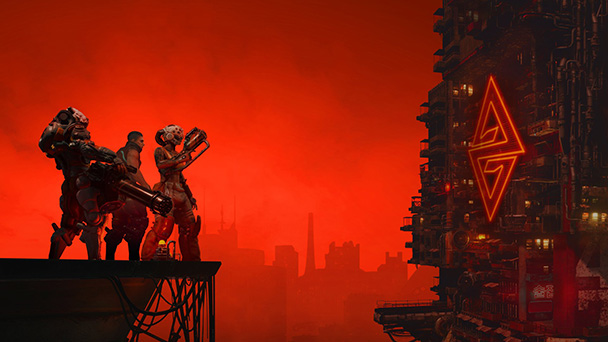 With absorbing combat and bewitching atmospherics, The Ascent is one of the best action games of the year, easily outstripping the efforts of much larger studios.

Cyberpunk imagines a dystopian setting where high and low technologies sharply intersect. Society is marred by violence, where rival factions threaten to topple a precarious balance of power. Whether it is Blade Runner’s replicants violently resisting a hard-coded death or JC Denton’s exploration of pandemic-era terrorism, transhumanism, and conspiracy in Deus Ex, the sub-genre is routinely rich in social commentary.

Last year, CD Projekt offered up only a rather superficial adaptation of cyberpunk principles. Given the scope of the project, where 500 people reportedly labored six days a week on the title, the result was somewhat disappointing. Never mind the technical issues that plagued the title’s launch, Cyberpunk 2077 didn’t have much to say beyond the “Burn Corpo Shit” jacket offered to the protagonist. In execution, it was about as cyberpunk as using Apple Pay to buy a t-shirt at Hot Topic. 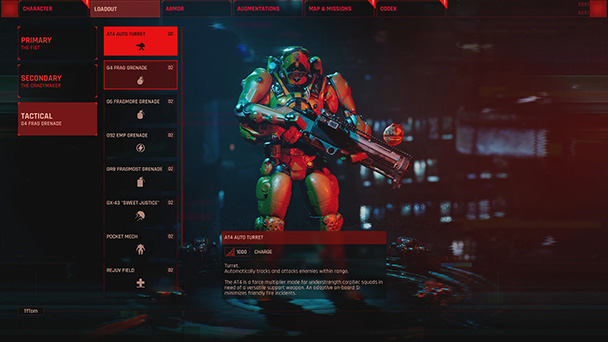 Developed by a taut, eleven-member team, The Ascent establishes a slightly more stimulating context. The planet of Veles is a corpocracy, where citizens are indentured servants, or indents, are lured by sham promises of a better life. Instead, they’re forced to work tirelessly to pay off overblown debts incurred by the relocation. Like any respectable interpretation of the sub-genre, squalor and muck is intermixed with holograms, garish neon signage, and the ubiquity of vending machines. Often, the grime feels palpable.

The depiction of class divide is just as obvious as it way in Snowpiercer or The Land of the Dead. Your fellow indents live in the sewers of The Ascent Group’s towering spire, perpetually knee-deep in muck. Meanwhile, the elites look down from posh penthouses above, intermittently barking instructions. Your journey takes you through a violent power-grab between rival factions when the corporation seemingly goes belly up. While you created character begins the climb with only a meager sidearm, you’ll have access to an increasingly effective arsenal as you explore the game’s meticulously detailed world. 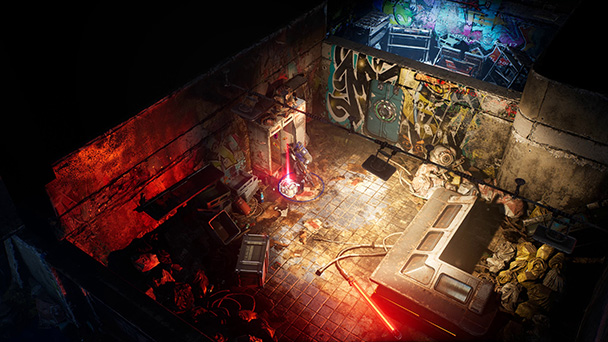 While the premise isn’t going to give William Gibson a run for his money, developers Neon Giant do an exceptional job at visualizing dystopia and injecting lawlessness into a straight-ahead action game. Ambushes are frequent in The Ascent, occasionally foreshadowed by the ominous whine of a hoverbike. Goons hop down, accompanies by attackers that pour out of alcoves, abruptly plunging you into firefights. These moments are suitably frantic, with bystanders running for cover. Many will be caught in the crossfire. Occasionally, you’ll nervously move through areas where strangers loiter. Linger too long, they’ll suspicions will be verbalized. A moment later, they’ll open fire.

With an aiming reticle that follows the direction you are facing, The Ascent’s combat is rooted in the twin-stick shooter genre. But wisely, there are a number of nuances that keep it from growing stale over time. A button press makes the protagonist crouch. This permits you to scuttle under obstructions, but it’s also the basis for the game’s cover system. 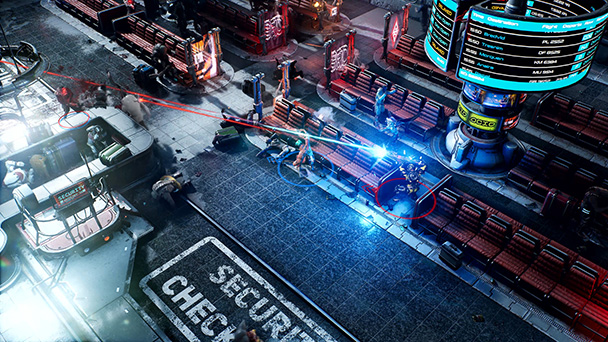 Cover, Dash Will Save Your Ass

While squatting, a pull of the left trigger permits players to reach out and fire over environmental obstructions. While the system lacks the kind of sticky cover system popularized by games like Gears of War, its visceral- especially when multiple foes are trying to flank you. Pleasingly, adversaries don’t always make a beeline for you, either. Occasionally, they’ll scurry away knowing that they are outmatched or seek cover themselves.

Expectedly, you’re given a gratifying arsenal to use in your duties. While you’ll start with the kind of lowly pistol that’s almost obligatory in gaming, you’ll soon gain access to a sub-machine gun with a bulky magazine. Mercifully, The Ascent doesn’t make you worry about munition qualities, but you will determine when you should reload, potentially putting you in jeopardy. While dashing doesn’t provide invincibility framerate, as least it can get you out of a blast radius. 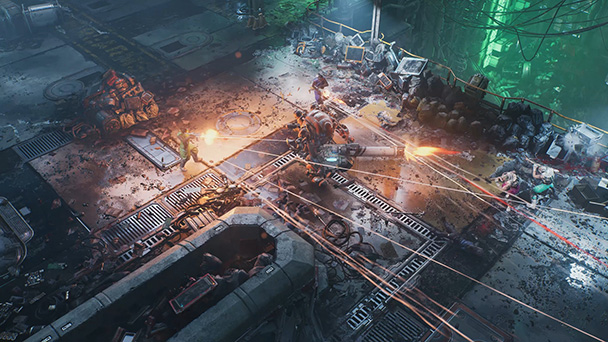 When the Bullets Lose Their Bite

Abilities that are tied to gauges which replenish as you eliminate enemies, at least until you opt for passive regeneration. As such, there’s a staccato rhythm across the game. You’ll shift from walking to the next waypoint into showdowns that escalate into jittery intensity, offering offensive options. I really appreciated the game’s balance between standard shootouts and boss battles. The former could be rather deadly as the latter if you weren’t careful. And yes, there are a few frustrating boss battles, but nothing that can’t be softened by grinding with side missions.

Worn equipment is split across into three types, shielding your head, body, and legs. While it’s a simplified approach, your gait seems different when heavily armored. When it comes to weaponry, you’ll be able to examine the effectiveness of new guns before adding them into your arsenal. Pleasingly, The Ascent doesn’t make you clean the streets of firearms. The occasional upgrade might be dropped, but you won’t have to resort of picking up every dead foe’s gun to earn coin. When your munitions don’t offer as much punch anymore, say against mechanized opponents, that The Ascent’s way of telling you to mix it up. Luckily, its doesn’t feel forced. 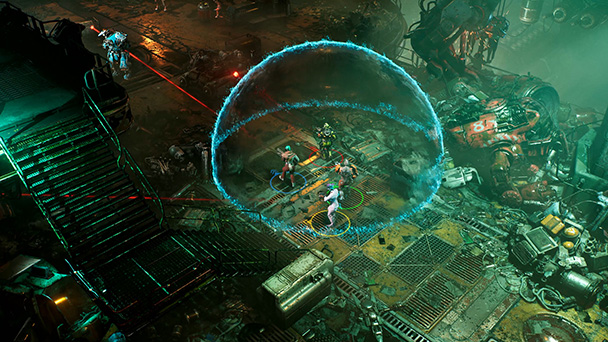 The Detail is Delighting

But what really sells The Ascent’s interpretation of cyberpunk is the game’s painstakingly created atmosphere. Brimming with detail and a wealth of assets, the Veles feels fantastically organic. Sure, not every environmental object is destructible, but when a grenade or red barrel denotes it often turns the surrounding area into rubble. Gunfights ebb away at edges and lifeless bodies litter the floor. While the visuals are stunning on a high-end machine (save for the occasional sputter following a large explosion), the title’s audio is just as adept. Guns sound convincingly percussive, migrant languages fill the hubs, and there’s a dreamy soundtrack that perhaps a bit too on-the-nose but helps the atmosphere all fit together.

Largely, its almost good enough to make you overlook the game’s transgressions. Ranging from the minor (typos in the dialog) to the intermediate (there’s little forewarning of high-level enemies when exploring), there’s an inventory of imperfections desperately demanding patching. But for every grievance there are inconspicuous moments where Ascent shines. One aspect that’s truly amazing is the game’s camera. Linger on a vista and the game knows you want to peer off into the backdrop, where hovercars soar past structures of bedazzling density. This is how cyberpunk action should be done. 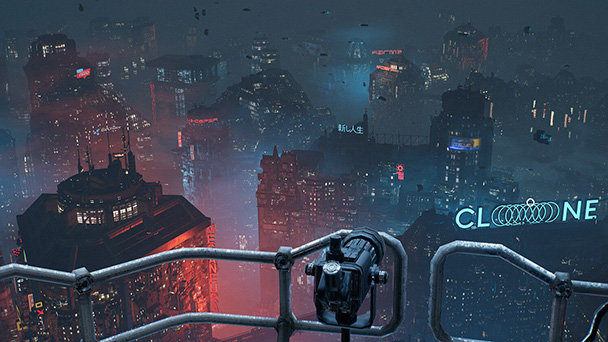 The Ascent was played on PC with review code provided by the publisher.

The Ascent review
With absorbing combat and bewitching atmospherics, The Ascent is one of the best action games of the year, easily outstripping the efforts of much larger studios.&nbsp; Cyberpunk imagines a dystopian setting where high and low technologies sharply intersect. Society is marred by violence, where rival factions threaten to topple a precarious balance of power. Whether it is Blade Runner&rsquo;s replicants violently resisting&hellip;

Summary : Whether you crave the blistering action or the game’s cyberpunk skillful interpretation of cyberpunk, The Ascent won’t disappoint.