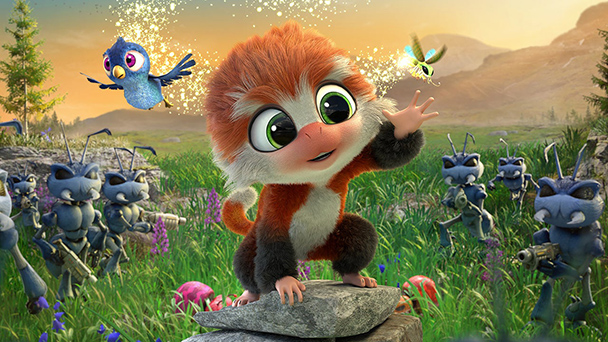 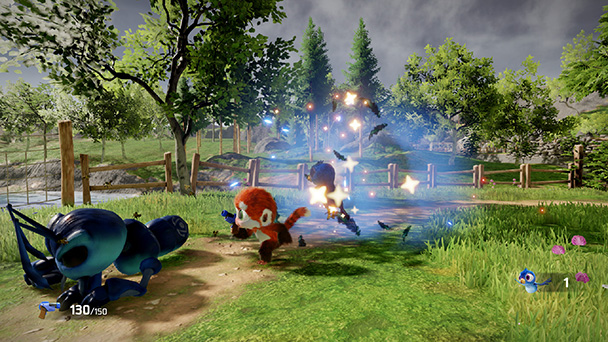 One of the reasons why so many people look back on the Nintendo 64 with a sense of warm nostalgia is the work of Twycross, Leicestershire-based Rare. Between 1994 and 2002 (when they were purchased by Microsoft) the studio crafted a succession of hits like Blast Corps, GoldenEye 007, Diddy Kong Racing, Banjo-Kazooie, Jet Force Gemini, Perfect Dark, Banjo-Tooie, and Conker’s Bad Fur Day.

While entries ranged from platformers, first- and third-person shooters, racers, to vehicular destruction, each title was united by a design philosophy were player enjoyment was just as important as profitability. 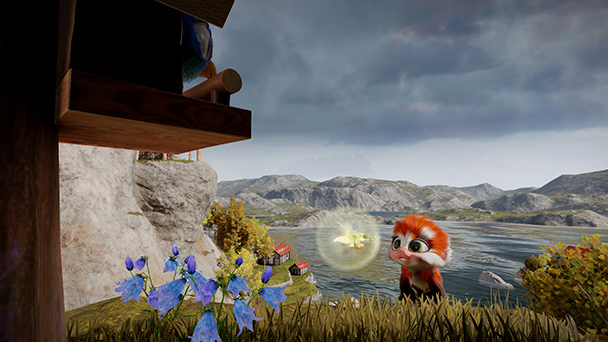 Rare’s assurance of amusement receded with Microsoft’s urging of a trio of Kinect-based sports titles, but several former employees have helped pick up the mantle. Joining Playtronic Game’s Yooka-Laylee and Yooka-Laylee and the Impossible Lair is the recent release of Tamarin, the inaugural effort from Chameleon Games.

With contributions from Donkey Kong 64 artist Richard Vaucher, Banjo-Kazooie character designer Steve Mayles, and longtime soundtrack contributor David Wise, Tamarin certainly channels the elevated aesthetics of Rare’s works. And while there’s fun to be had and a plethora of collectable to gather, that polish that was present in Rare’s body of work is woefully missing. Tamarin was delayed for nine months, but undoubtedly could have used additional development time. 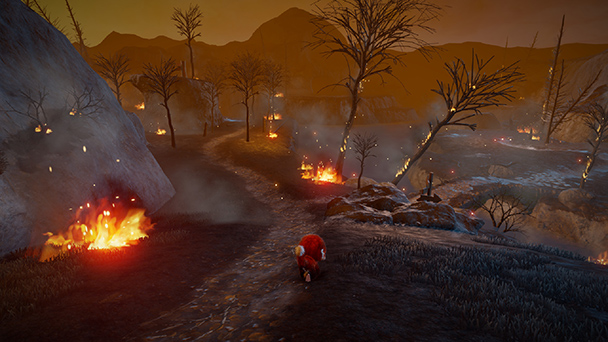 Things Are About to Get Dark

Much like his eponymous namesake, lead character Tamarin is rendered is an exceptionally cute manner. With childlike eyes and an auburn coat with racoon-like stripes, he makes it all too easy to imagine a now-gen Conker. But the game’s brief prologue turns unexpectedly dark, when a barrage of militarized ants storms his village, gunning down adorable bluebirds, and kidnapping his family.

When the wistful prairies are torched and the only thing left are charred trees, Tamarin grows unexpected dark. Whether that is satire or dissonance caused by multiple teams working in isolation isn’t known. But soon, when a porcupine offers an Uzi, I can’t help but feel Chameleon Games is referencing oft-reviled anti-hero Shadow the Hedgehog. 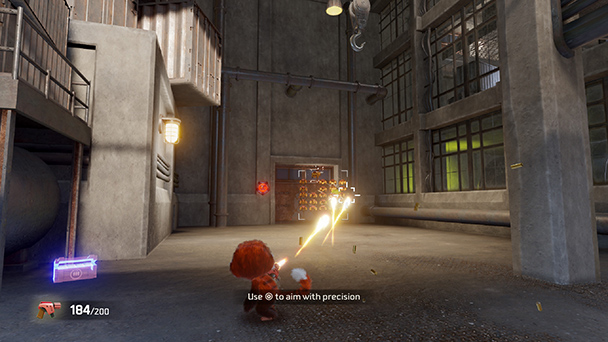 Check Out the Guns on Him

The idea of a cuddly, little, firearm-toting monkey certainly has potential. But sadly, Tamarin squanders its capacity on an awkward shooting system. Pulling the left trigger brings up a crosshair and claims to lock onto enemies. But in execution, the maneuver feels less than snappy, suggesting our star isn’t ready to run down a legion of ants.

Sure, targets emit a green hue when aimed at, but you’ll probably have to use the analog stick to shift Tamarin into position for a kill, as locks don’t stick. It’s obvious that Chameleon was paying homage to Jet Force Gemini, a title released when developers were still grappling with the depiction of three-dimensional action. Given the precision offered my most contemporary shooters, Tamarin feels antiquated. Occasionally, small enemies will fly into a columned formation, requiring you to move the right stick to pinpoint the adversaries. It’s a mechanic that was seen in ReCore, but it’s not satisfying in either title. 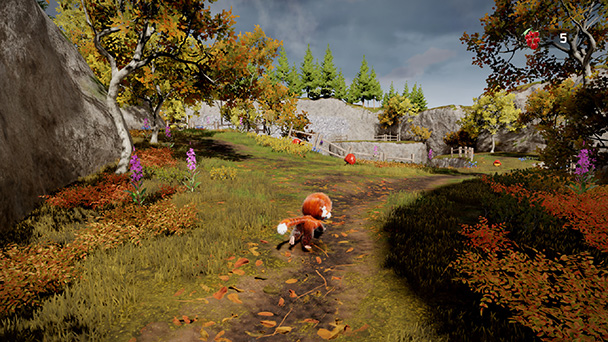 Look Where You Leap

Parodically, you’ll relinquish your guns for some exploration platforming and item amassing. In typical three-dimensional platforming tradition, you’ll need collectability to open doors or satisfy NPCs, sending you across the game’s mountains, plains, and underground factories. Some might bemoan the lack of any map, especially when environments seem to be built without many distinctive features. For better or worse, this is the developers adhering to convention. Banjo-Kazooie made you learn the landscape, and you’ll have to do with Tamarin as well.

You’ll find some familiar maneuvers like a backflip that provides extra height and a ground-pound that’s underused. But Tamarin’s addition is a sporadic super-pounce. Occasionally, you’ll see a yellow arrow on an adjacent edge, which is your clue to lock on and leap. Generally, navigation is mildly amusing, save for a camera that won’t let you know about drops high enough to harm our gun-toting hero. 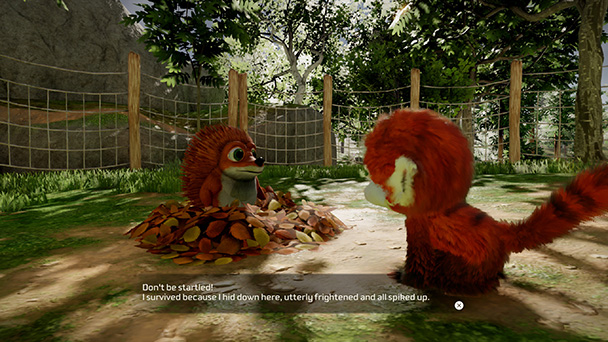 Sure, the gunplay and exploration never quite gel together, but each is almost gratifying enough to keep pushing your forward. But it’s here that Tamarin commits his greatest transgression. There’s little reward for perseverance. Most games reward progress with new enemy types, mechanics, or milieu. While Tamarin doles out some new adversaries, the game’s last level is nearly indistinguishable from the first factory. The sole difference is a disappointing boss battle that lasted less than a minute.

While it might sound like a hated my time with Tamarin, it’s more of a case that the case was just entertaining enough to goad me along. The real tragedy is that there’s potential for a game that recalls Rare’s heyday. Instead, the only unmitigated success is David Wise’s stunning soundtrack, which can transition from optimistic flute-driven melodies to some synthy works that will have you humming along.

Tamarin was played on PC with review code provided by the publisher.

Tamarin review
Ex-Rare developers strive to channel the charm of their old studio&rsquo;s golden age. Although Tamarin might evoke halcyon memories playing Jet Force Gemini or Banjo-Kazooie, the title never comes close to reaching Rare&rsquo;s lofty standards. One of the reasons why so many people look back on the Nintendo 64 with a sense of warm nostalgia is the work of Twycross, Leicestershire-based Rare. Between 1994 and 2002&hellip;

Summary : What’s not to love about a machine-gun toting little monkey avenging his family? While you’ll want to love a game that pays homage to Jet Force Gemini and Banjo-Kazooie, this little primate is a little too undomesticated.