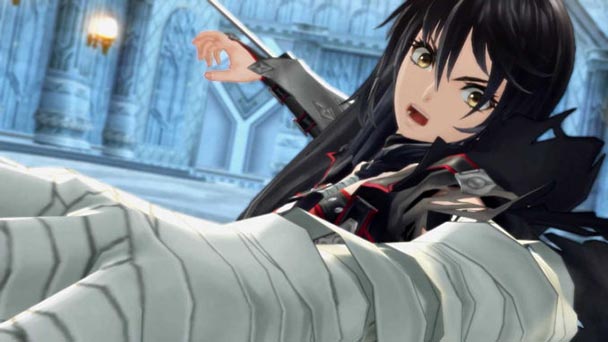 The twenty-first century ushered in a tonal shift for Japanese role-playing games. Previously, protagonists were habitually plucky and perpetually cheerful. They accepted their world-saving role without much opposition. But the tumultuous geopolitics of the new millennium and narrative stagnation brought about changes- and the reluctant hero soon grew ubiquitous. With motivation stemming from retribution just as much as environmental concern, Final Fantasy VII’s Cloud Strife was at the forefront of this shift, while VIII’s stubbornly stoic Squall Leonhart later set a new watermark for taciturn personalities. Of course, the change wasn’t just limited to Square-Enix, with Suikoden III’s aloof Geddoe radically removed from the Luke Skywalker-like lead of series inaugural entry.

Given the habitually optimistic tenor of previous Tales iterations, you might expect the sixteenth main entry- Tales of Berseria, to obediently follow tradition. But the title is notably darker, with the game’s attitude shaped by its vengeful lead and a motley cast of moral ambiguous eccentrics who are far more memorable that the typical posse of pleasant tag-alongs. Adeptly, it’s an adventure that offers enough deviation for Tales loyalists while still being accessible to those unfamiliar with Bandai-Namco’s action role-playing franchise. Save for a few missteps, it’s also one of the better adventures to be found on the PlayStation 4. 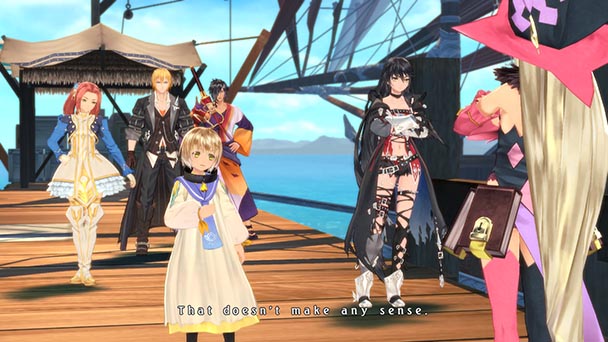 Set in the same oceanic realm as Tales of Zestiria (albeit in a distant past and a different continent), the Holy Midgand Empire is facing an epidemic known as the Daemonblight. The dreadful disease is transforming the populace into monstrosities, robbing them of every last bit of rational thought. To quell this proliferating threat, a theocratic organization known as the Abbey has dispatched a group of soldiers known as Exorcists. But the military’s pursuit to fight the pandemic has become heavy-handed, making the Abbey as repugnant as the disease they are battling.

[pullquote]Enough deviation for Tales loyalists while still being accessible to those unfamiliar with Bandai-Namco’s action role-playing franchise. [/pullquote]

With her arm infected by the disease, her family killed, and facing imprisonment for trying to fight back, lead character Velvet Crow has a number of very good reasons for wanting retribution. And while revenge isn’t an uncommon impetus in gaming, Tales of Berseria’s set up is astutely satisfying, effective when taken literally and figurately. Not only is the narrative easy to follow, but it also averts the gimmicky twists and convolution that is common the genre. Sure, there are a few expositional shockers, but pleasingly, the title doesn’t have to rely on them on make an impact. Instead, Berseria succeeds as players gradually empathize with Velvet, helping the character plot the revenge that might be the only form of solace for the suffering lead. 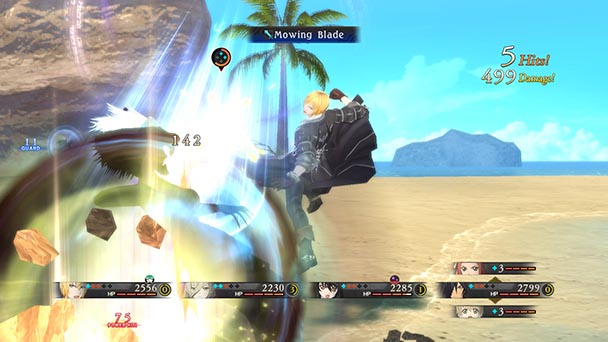 Another positive plot element is the game’s supporting cast- many of whom might initially seem like unlikely recruits. But through Tales’ trademark skits, we gradually learn to appreciate the motivations of each eccentric new party member. Agreeably, Berseria doesn’t skimp on character arcs, as each put aside their differences to fight a common foe. Moreover, they add the occasional morsel of comic relief, prohibiting the game from becoming too dark and dispiriting. One concern is that players might try to sprint to the finish, and not take the time to perform the side-quests that impart some of the game’s most engaging character development.

Every bit as absorbing as the game’s plot, Berseria’s combat remaining engaging throughout the forty+ hour quest. While the updated take on the Linear Motion Battle System remains action-driven, there’s plenty of tactical nuance to be found, thanks to the inclusion of the Soul Gauge. A meter that diminishes with each subsequent attack, it also bars gamers from button-mashing their way through most battles. As the gauge drains, each strike does less damage and the possibility of a counterattack increases. Fortunately, you’re not always require to stand around indolently as you wait for the meter to gradually recharge. Defeating enemies and inflicting status effects can gradually restore the gauge, offering a seductive reward that’s tied to a bit of risk. 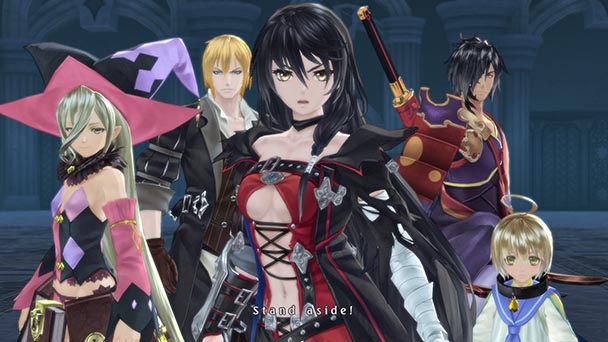 The Soul Gauge also comes into play when accessing Break Souls, the devastating assaults that free party members of combo limits, while granting access to character-specific abilities. What’s most remarkable about combat is the sheer number of new artes you’ll acquire, which helps to keep the fighting fresh. And since some are coupled with status effects, its enjoyable to experiment with each new ability and see how it can fit into your strategy. Pleasingly, they’re mapped to the DualShock 4’s face buttons, making combos refreshingly easy to pull off. A series staple, Mystic Arts also make a return, permitting perceptive players to turn the tide of battle with an authoritative assault.

Given how skilled Berseria’s characterization and combat mechanics are, players are poised to be peeved by some of the game’s other components. Dungeons are destined to be particularly contentious, with light puzzles that don’t really contribute much to the experience of exploration. Worse, there’s a significant amount of backtracking in the game, and although the title eventually takes steps to lighten the burden, the irritation isn’t completely eradicated. Another issue players might experience is the lack of autonomy. Navigation sporadically takes players down rather somewhat narrow strips, although the title does a decent job at disguising the transgression. 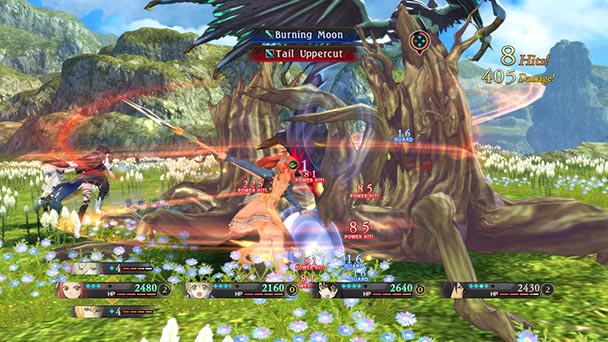 Given that Tales of Berseria was simultaneously released for the PlayStation 3 and 4 in Japan, the occasional blurry texture should come as too much of a surprise. Middling counts and pop-in reveal that the title wasn’t built from the ground up for a now-gen console, yet the title still charms with its anime-inspired aesthetics, while maintaining a rock-solid framerate. Aurally, the soundtrack is suitably stirring, while voice actress Rina Sato delivers one an amazing performance at Velvet. Able to shift between an innocent, seemingly balanced teen and to a young woman coming who is on the verge of breakdown, she’s a fundamental reason why Berseria’s storyline works.

Combining a riveting revenge tale and combat mechanics that resist tedium, Tales of Berseria is a top-tier Japanese role-playing experience, that enthusiasts will want to add to their library. Although dungeon backtracking may dampen the experience, the disobedience isn’t enough to sully the title’s impressive characterization and flexibility in battle. 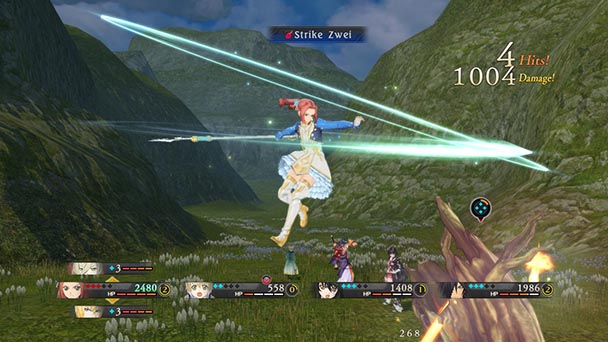 Tales of Berseria was played on the PS4 with review code provided by the publisher.

Summary : The Tales series has always enjoyed distinction through its engaging, action-oriented battle system. With Berseria, the franchise’s sixteenth main iteration fights stagnation by offering a tale of retribution that’s thoroughly involving. This is one Tale not to miss.