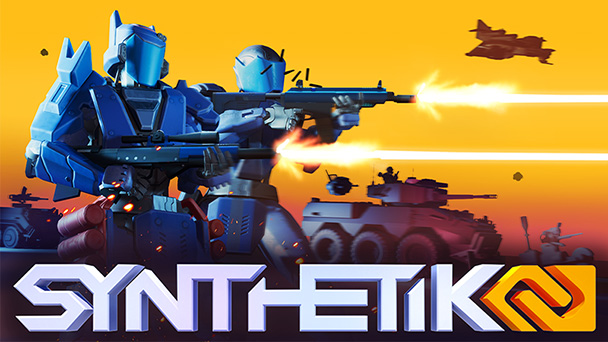 Craving twin-stick action that’s a bit more cerebral than most reflex-driven titles? Synthetik 2 builds on the engaging foundations of its 2018 predecessor, requiring a quick trigger finger and more importantly, a prudent plan of attack.

When it comes to twin-sticker shooters, I’m shamefully indiscriminative, trying every single new title I can get my eager hands on. Much of my problem stems from a desperate attempt to capture the satisfaction provided by some of the genre’s best efforts. Over the years, everything from Robotron: 2084, Smash TV, Geometry Wars, Android Assault Cactus, to Nex Machina has rigorously tested my ambidexterity, each title offering enough intense gunplay to keep players absorbed for weeks.

Undoubtedly, 2018’s Synthetik: Legion Rising belongs on the short list of thoroughly engrossing overhead shooting experiences. While the integration of roguelike uncertainty added variety to each run, it was Flow Fire Games’ departure from twin-stick tradition that made the game such a stirring success. Three years on, the Berlin-based developers are back with a follow-up that’s currently in Steam’s Early Access program. The current version demonstrates the two-person team building on their distinctive blueprint, shaping Synthetik 2 into an experience that’s immediately riveting, yet also offering plenty of longevity. 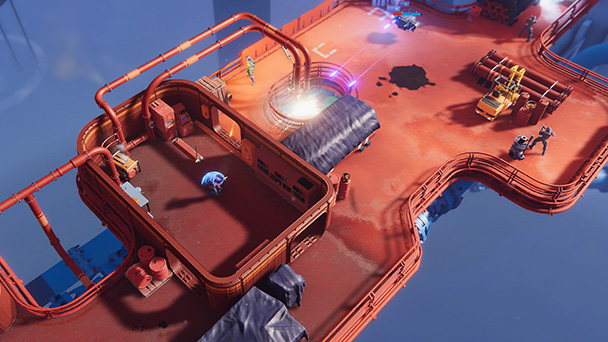 Two returning features separate Synthetik 2 from its peers. The first is how aiming is handled. A targeting reticle expands when you move and shrinks when your character stops, offering a convincing model of firearm accuracy. Unlike most twin-stick shooters, distance matters too. A cursor positioned directly over an enemy increases the chance for a damage dealing headshot. What’s surprising is just how much math is concealed underneath all the action, with Synthetik often feeling like a real-time X-COM.

While you could get a peek at the stats driving the original game, that ability is currently absent here. But you’ll still get a sense that Flow Fire Games is doing a considerable amount of number crunching. Intricacies like bullet ricochets and damage modifiers applied to different ammo and armor types reveal the developer’s obsession with diminutive details. Discovering these minutiae offers a sense of satisfaction, while the combination of intricacy and intensity of firefights makes for an idiosyncratic experience. 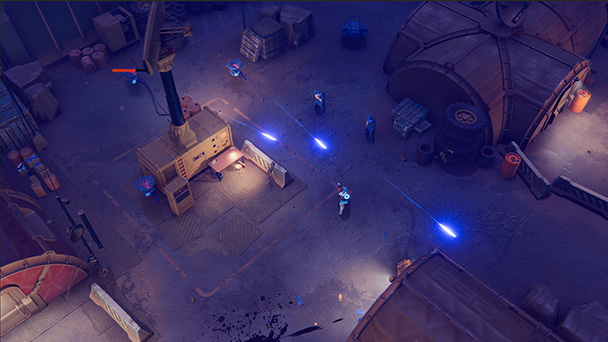 Synthetik 2’s second distinction is its sophisticated weapon reloading system. This action is deliberately cumbersome, requiring a tap of the right shoulder button to eject a magazine and another precisely timed one to load more ammo. The developers’ intent is obvious: Flow Fire is modeling the difficulty and danger of changing magazines in the middle of a gunfight. To drive the point home, the game lets you know every time you squander a bullet or even worse, dump a full mag. The title also models weapon jams, so rapid firing at your target rather than taking deliberate shots can leave you needing to clear your weapon as enemies encircle in dogged pursuit.

A Shift from Modern-day Firepower to Futuristic Weaponry

Like any respectable roguelike, variety is rooted in Synthetik 2’s character classes and randomized drops. Currently, there are four of the former, with players able to seize control of Grenadier, Recon, Chrono Trooper, and Riot Guard units. Each comes with their own distinctive set of four abilities and initial armament although you can use in-game currencies to purchase new specializations and weaponry. What’s stimulating is that each class spurs a different play style. With the Grenadier, you might perform a bit of reconnaissance as you wait for your grenades to replenish. Alternatively, the Chrono Trooper’s blink and shielding capabilities encourage shifting between evasive movement and standing your ground within the safety of a protective dome. 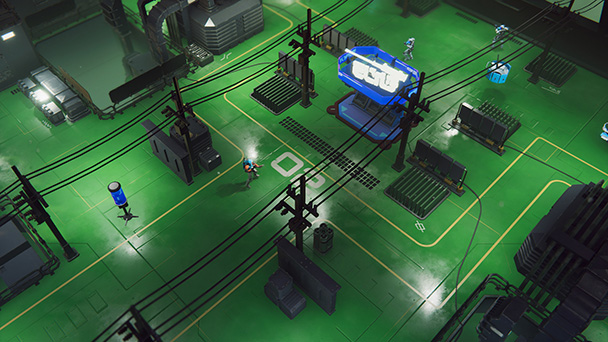 Often, action-driven roguelikes strive for evenhandedness, attempting to offer a sense of balance across each play. While opinions may differ, Synthetik 2 is captivatingly capricious. Across some runs you find a hard-hitting weapon with a substantial aiming radius and large magazine capacity, making subsequent weapon drops irrelevant. But other times, you’ll be scraping by without ammunition at first, utilizing abilities to survive and advance toward the stage exit. This time out, Synthetik 2’s weapons are more fanciful, favoring imagined near-future technologies over contemporary arms. But soon or later, you will encounter enemies who are resistant to certain types of guns, encouraging you to surrender your beloved death-dealer.

Devil in the Details

Flow Fire’s fixation on intricacies makes for an occupying campaign run, even though the game isn’t feature complete. Like the first game, small particulars like little Roomba-like robots who pick up environmental damage or the way enemies leave pools of inky oils contribute to Synthetik 2’s district of derelict warehouses, safeguarding sentries, and mechanized turrets. This time out, the game shifts to a polygonal, three-dimension rendering. The upside of the change is environmental damaging but the shortcoming are enemies than can become obscured by the camera’s perspective. One of the most promising new features is modding support, and it would be great to see a community emerge and take Synthetik 2 in unexpected directions. 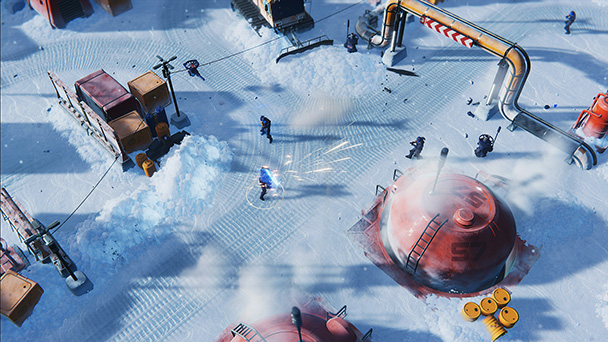 What’s still to come? Beyond a plan for additional character classes and four-player co-operative support, the developer promises both more substance as well as polish. The latter is especially needed with the current user interface, which ranged from cumbersome (upgrades) to ineffective (the in-game map). It feels like Flow Fire Games’ is listening to player feedback. In previous builds, the explosive barrels that littered each level felt subdued. Now, they detonate with perilous fury, capable of eliminating an entire cluster of foes. Hopefully, the game’s occasional visual stutter can be ironed out.

At present, the game’s biggest shortcoming is that it doesn’t veer too far from the formula of the first game. From the staccato pacing to the game’s detail-driven approach to firefights, Synthetik 2 doesn’t take many chances, frequently feeling like an expansion, rather than a full-fledged sequel. Flow Fire’s initial seems to be reestablishing the first-rate firefights of the Legion Rising while laying the foundations for future additions like additional classes, cooperative multiplayer, and user modding. Since getting in early customarily brings a pricing discount, fans of intense, top-action will might want to get in this gunfight immediately. 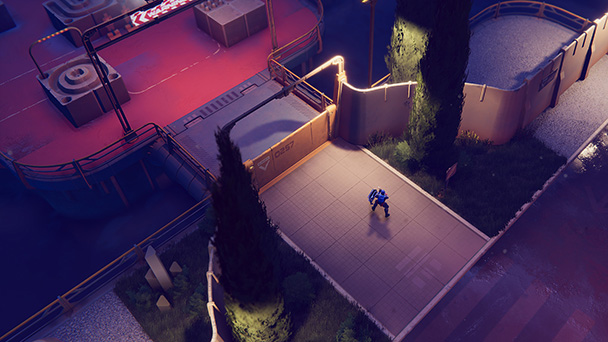 Synthetik 2 was played on PC with code provided by the publisher.