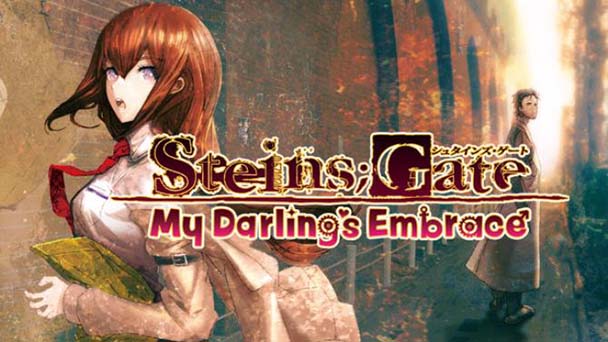 Released in 2009, Steins;Gate continues to captivate audiences. Centering on the exploits of teenaged Rintaro Okabe and a band of scientists, the visual novel ingeniously wove elements of science fiction, classic tragedy, and otaku culture into an engrossing narrative that captivated both mind and heart. One testament of the storyline is found in the quantity of supplementals- with manga, anime, radio drama, spin-offs, an interquel, and now the stateside release of Steins;Gate: My Darling’s Embrace all pushing the plotline in new directions.

Initially, the idea of a foray into lighthearted romance might not seem like a natural fit for Steins;Gate. After all, the original story and its divergences plumbed some pretty poignant territory. Not only were death and guilt prevalent issues, but players were privy to some surprisingly intimate representations of family disfunction and issues like social anxiety. But developers have been exceedingly respectful of the property with every offshoot preserving the integrity of the source material. 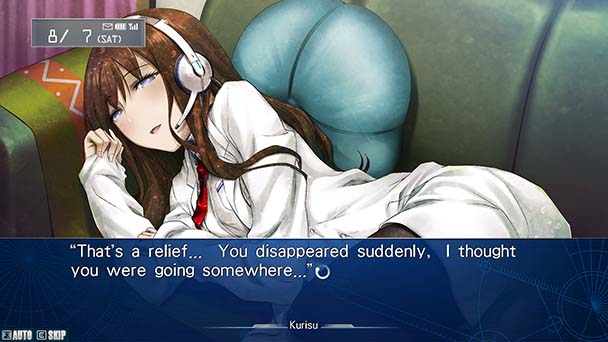 While familiarity with the original Steins;Gate isn’t an unconditional requirement, it will exponentially elevate enjoyment. My Darling’s Embrace’s focus isn’t on time travel, but as the amorous subtitle implies, Okabe’s pursuit of romance. As such, you’ll want to have spent time with characters like Kurisu Makise. She’s the property’s resident tsundere. and has often enjoyed a playful relationship with the lead. But unless you’ve been privy to previous conversations between the two, some of the subtleties will be missed. Having worked on Steins;Gate 0, script supervisor Tatsuya Matsubara understands the finer nuances of each character and lets My Darling’s Embrace’s tap into them.

The novel does its best to acclimate new readers to Steins’Gate time-traveling contexts. But My Darling’s Embrace takes place on what’s known as the ‘Delta World Line’, where a number of key components like PhoneWave and D-mail have already been established. But it’s before events go grim and efforts are undertaken to undo those realities, allowing to capture Steins;Gate cheerful moments. Different routes diverge in how canonical their reality is. Although some revisit key plot points, others demonstrate Matsubara’s writing team coming up with some indulging scenarios. This variety adds to My Darling’s Embrace enjoyment, nearly converging on fan-service for some routes and adding a bit of intrigue to others. Just know that there’s no downbeat endings here, which should reduce the anxiety associated with the worry you’re on a bad route. 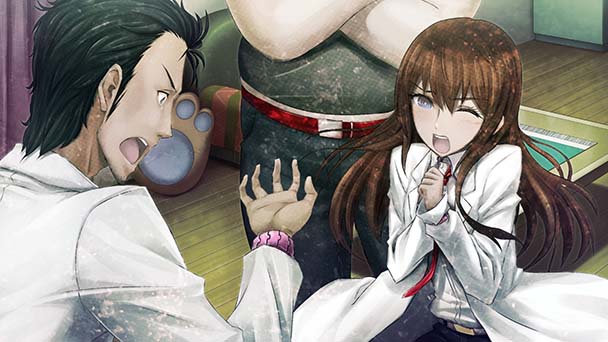 On the upside, the lighter tone permits My Darling’s Embrace to concentrate on the elements that made the original Steins;Gate so charming. Depictions of happenings in Akihabara, a trio of new Future Gadgets, and an exploration of blissful relations all feel gratifying. After the distress in previous works, there’s the feeling that these affable characters deserve a bit of contentment. Plus, it’s refreshing to experience a reprieve from SERN’s dogged pursuit. That said, it’s difficult to escape the feeling that future Okabe might be sending spoofed d-mails to himself.

In keeping with Steins;Gate tradition, you won’t just be communicating in person. Periodically, Okabe will receive text messages and email on his phone, which can be replied to or even ignored, using the franchise’s Phone Trigger system. Seeing every email in the novel will probably require you to utilize the novel’s mail list function, which isn’t too difficult. Likewise, finding most of Embrace’s six different routes isn’t too challenging, since they large branch from a key decision. Pleasingly, an abundance of save spots means that the age-old habit of recording your progress when options are offered continues to hold true. 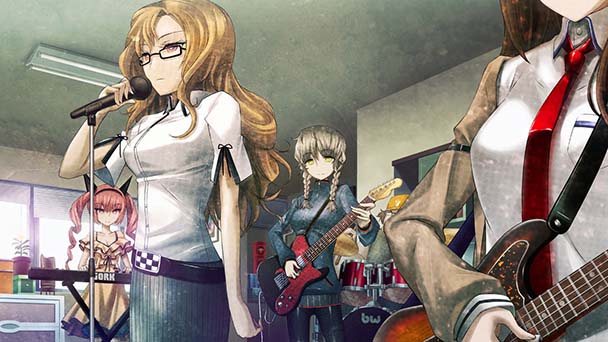 Pleasingly, My Darling’s Embrace interface has all the othered expected offers, so if you want to the text to auto-scroll, the novel can accommodate. While the title forgoes English voice acting, its omission isn’t too damaging; its doubtful a voice actor would have nailed Okarin’s eccentricities. Largely, the novel’s localization is impeccable, capturing the nuances and humorous components of the original text while indistinguishable tweaks to the game’s CGs help bring the story to a new audience.

Sure, Okarin is hardly the leading lothario typically found in most dating novels. But that’s one of the elements that makes Steins;Gate: My Darling’s Embrace so refreshing. As a character who’s experienced a fair share of setbacks, it’s heartwarming to witness his more lighthearted pursuits. If you’ve enjoyed the source material’s satirical take on 2ch or its encapsulation of Akihabaraian culture, Embrace undoubtedly delivers. Now, were just waiting on the release of Spike Chunsoft’s localization Chaos;Head Noah which was leaked in today’s d-mail. 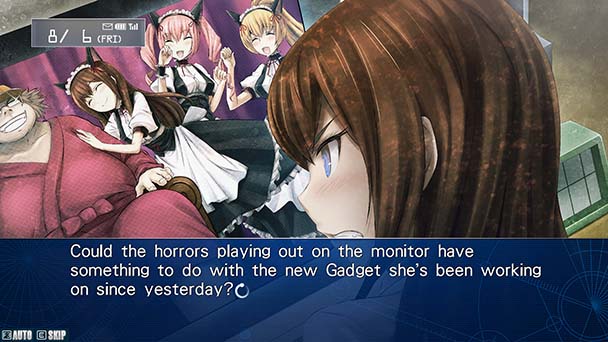 Steins;Gate: My Darling’s Embrace was played on Switch
and PC with reviw code provided by the publisher

Steins;Gate: My Darling’s Embrace
Platform: Switch, PC
Developer: MAGES, 5 pb.
Publisher: Spike Chunsoft US
Release date: December 10th, 2019
Price: $29.99 via the Nintendo eShop or Steam
Language(s): Japanese voice, English text
Steins;Gate: My Darling’s Embrace review
Tuttur&#363;! Released in 2009, Steins;Gate continues to captivate audiences. Centering on the exploits of teenaged Rintaro Okabe and a band of scientists, the visual novel ingeniously wove elements of science fiction, classic tragedy, and otaku culture into an engrossing narrative that captivated both mind and heart. One testament of the storyline is found in the quantity of supplementals- with manga, anime, radio drama, spin-offs, an interquel, and now the stateside release of Steins;Gate: My Darling's Embrace all pushing the plotline in new directions. Initially, the idea of a foray into lighthearted romance might not seem like a natural fit for&hellip;

Summary : My Darling's Embrace’s pushes Steins;Gate’s characters through a romantic, well deserved reality. You’ll want to play the original game before opening your heart to this lighthearted divergence.