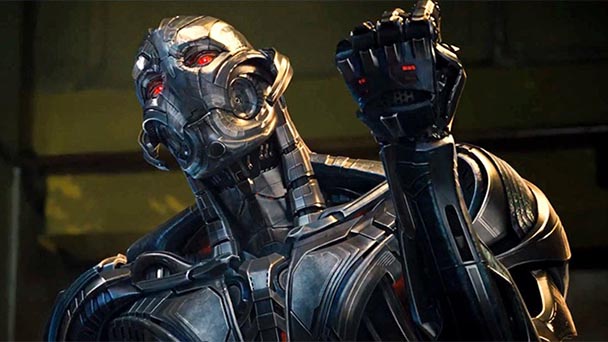 For years, Budapest-based Zen Studios has cultivated a near-faultless formula. Beginning with 2007’s Pinball FX and continuing through Pinball FX 2 and Zen Pinball 2, the developer strove to simulate the steel-orbed pastime, with each successive release increasing the accuracy of ball physics while improving the quality of their visual output. For many, the franchise’s only concession was the lack of real-world tables. But instead of trying to reconstruct virtual versions of existing machines, the studio ventured into licensing, securing the rights to make Street Fighter II and Ninja Gaiden Sigma 2 tribute tables.

Clearly, branding proved to be a success, with Zen eventually producing tables around IPs such as Plants vs. Zombies, South Park, and The Walking Dead. But the studio’s most noteworthy affiliation has been a close partnership with Disney, resulting in tables based on the Star Wars and Marvel Comics universes. With the release of Star Wars Pinball: Star Wars Rebels and Marvel’s Avengers: Age of Ultron, Zen’s domination of digital pinball continues. Although neither table is revolutionary, each is a worthwhile addition poised to please franchise fans and pin purists alike. 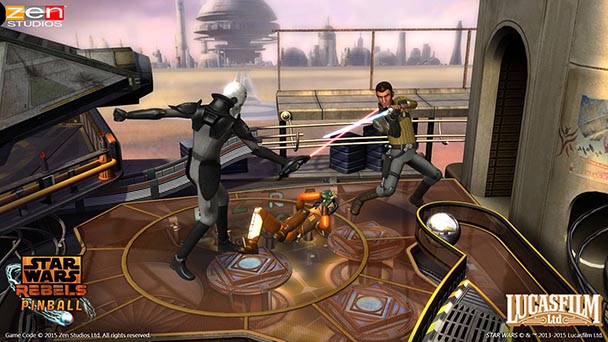 Drawing from Disney XD’s CG-animated series, Star Wars Rebels is set between Episode III: Revenge of the Sith and a few years before Star Wars Episode IV: A New Hope. A brief opening cinematic between Darth Vader and The Inquisitor helps to define the situation, with the cybernetic Sith Commander issuing an order to his lieutenant, demanding any dissident forces to be terminated. As such, players assume the role of a ragtag crew of rebels, hoping to destabilize the growing strength of the empire.

Before pulling the plunger, Star Wars Rebels offers a table fly-by, where players are bound to notice 3D models of Kanan and Ezra, the show’s two main (and most humanoid) stars. Once the ball is propelled into play, the characters will walk around the top portion of the playfield, each offer a smattering of sound clips culled from the show. 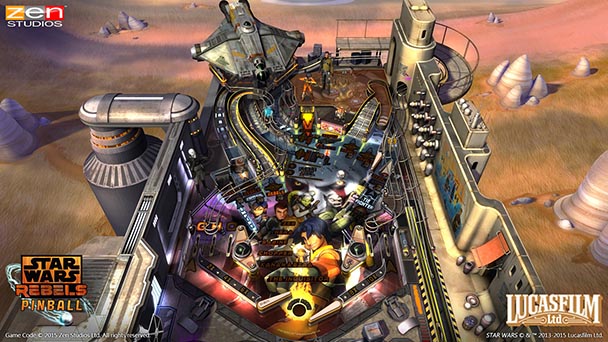 Rebel’s core structure has players performing missions for the iconoclast team, with each assignment started by targeting a ramp on the left side of the table. These range from launching the ball to take down a shifting set of pop-up stormtroopers, sinking drop target to access a mini-playfield, or spelling E-Z-R-A or G-H-O-S-T by targeting the rollovers on the top and outlanes of the table. Naturally, there are opportunities for multi-ball, with players either lighting up the aforementioned letters or locking balls in a thruster in the bottom-center of the table. In keeping with the pace of the source material, Star Wars Rebels is a fast table with plenty of rails all around the field and a third flipper on the right side of the machine that requires quick reflexes.

With Avenger’s Age of Ultron being released alongside the film, it’s obvious that both Marvel and Zen didn’t want anything to spoil the plotline of the assured blockbuster. As such, some of the table’s missions can be a bit generic, with commonplace consignments like having Hawkeye provide covering fire and helping Bruce banner retain control over the Hulk. Even worse, the novel concept of giving each of Nick Fury’s teammates their own ball and scoring perks, has been eliminated from this table. Conceivably, Zen Studios wanted Ultron to feel remarkably different from the first Avenger table. 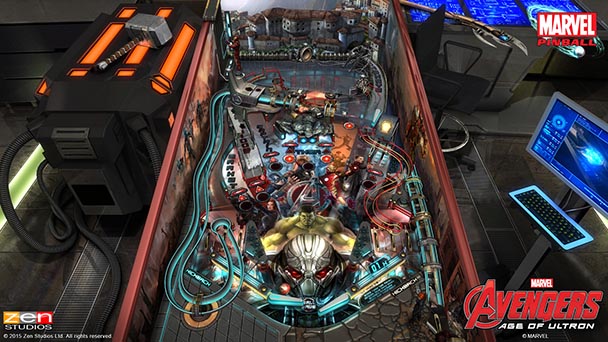 Thankfully, there are a few clever additions. Before the game is started, players can use the flippers to select the level of difficulty. Not only does the selection alter the angle of the table, but elements like scoring values and bonus intervals are altered, adding a stimulating risk for score-chasers. Like the Civil War table, Age of Ultron also extends the opportunity for a prologue, with a two ball sequence where Iron Man attempts to rotate the spinners while Black Widow aims for scoring lanes. Pleasingly, Ultron proves to be an easier table than Rebels, bequeathing ball saves and kickbacks that provide assistance; players can even target bumpers to extend their activation length. While the game’s voice overs offer a range of quality (Iron Man sounds spot-on, while Widow sounds nothing like ScarJo), Zen mercifully allows the voices to be muted.

Design-wise, Ultron makes a number of deft decision. The game’s table-art exhibits a montage of Marvel’s champions that feels pulled from pin’s golden age. The rest of the faux-machine is just as visually pleasing, framing the field with the same brilliant indigo hue as Iron Man’s HUD. Effects produce a bit of spectacle without being distracting, as brilliant blue flashes signify scoring opportunities. Just as adept in the architecture of the field, giving players an open shooting area above the drainhole, while the periphery offers rails that send the ball careening around in hypnotic fashion. 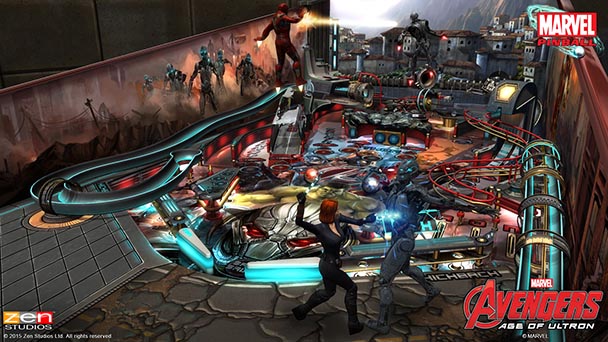 About the only criticism that can be leveled at Star Wars Rebels and Age of Ultron is that both tables don’t take any type of risks, offering playfields that feel like they were pulled from pieces of Zen’s previous machines, and washed over with a fresh coat of paint. It would be great to see the developer use their prodigious pinball engine to create a sprawling, multi-field monstrosity like Devil’s Crush, Alien Crush, or even Sonic the Hedgehog Spinball.  But even when Zen Studios isn’t revolutionizing, they’re still turning out requisite tables for any true pinball fans.

Review codes for both tables were supplied by the publisher.