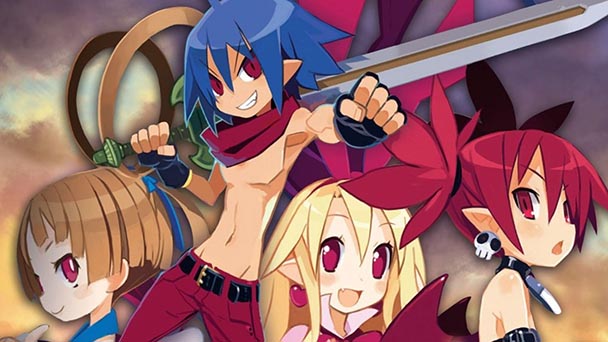 Few publishers have a fanbase as impassioned as Nippon Ichi Software. When the company was formed in 1991, it was the release of 2003’s Disgaea: Hour of Darkness that really stirred passions on both sides of the Pacific, catapulting the game’s Prinny into an otaku icon. With the release of Disgaea PC drawing near, we had the chance to speak with Sohei Niikawa- who before being promoted to president of NIS, served as producer for the beloved strategy role-playing game. Beyond talking about the effort bringing the Netherworld to PC monitors, we also had the chance to discuss the game’s rich legacy and quirky design concepts.

Tech-Gaming: Many games gradually fade from public popularity, but Disgaea’s fanbase seems to have grown since Hour of Darkness (Makai Senki Disugaia) was released thirteen years ago. What do you feel is the reason behind the game’s longevity?

Sohei Niikawa: It is all thanks to all of our devoted fans. No matter how much effort we put in, we would not have been able to continue the series if not for the support of our fans. Really, thank you very much. I would like to take this opportunity to express our gratitude from the bottom of our hearts. For both Nippon Ichi Software and for Disgaea, I believe we should always continue to challenge ourselves so that the fans can continue to enjoy the Disgaea series forever. The Steam port that we created this time around furthers that goal.

T-G: Disgaea’s themes of a King’s demise, his imprudent son’s quest for power, and a netherworld filled with dishonored prinnies could be mistaken for a classic epic if it wasn’t for the humor. What was the impetus for the game’s story and mythos?

Niikawa: At the time, Nippon Ichi Software used to release one title a year, and if that title didn’t sell well, it would be the death of the company. That was how our company ran. The first thing we decided when starting up the development for Disgaea was: “We really might die this time around, so we should put everything we can in the game so that we won’t have any regrets. In order to do everything, we need a world that allows anything. Let’s go with the Netherworld. There aren’t any rules in the Netherworld.”

And that’s how the stage was set to be in the “Netherworld.” In the first place, our rule for game development was, “Do anything you want, as long as the game is fun,” so the creation of the crazy world of Disgaea was inevitable.

T-G: It’s been documented that you studied archelogy before joining Nippon Ichi. In what ways has your educational background and interests shaped the game’s you helped create?

Niikawa: Archeology itself probably wasn’t very useful to me. The reason I wanted to become an archeologist was because I wanted to be an adventurer, like Indiana Jones. I could search for hidden treasure and ancient mysteries, travel all over the world on adventures, and have romances with a beautiful lady every once in a while. That was the life plan I was envisioning for myself.

However, that plan was ruined, all because I encountered Final Fantasy V… My hobbies are watching movies and reading manga. These hobbies are very useful in game creation. Watching something good and getting inspired by it is something I really think is important for people who are involved in creative work. 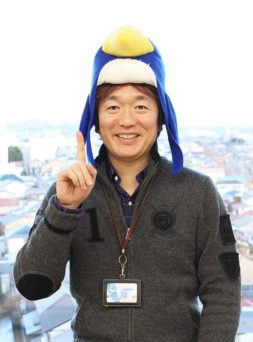 T-G: Together with Yoshitsuna Kobayashi, you helped create La Pucelle: Tactics, which has a number of elements that would become central to Disgaea. Can you describe the developmental how these mechanics evolved?

Niikawa: La Pucelle: Tactics was the very first SRPG Nippon Ichi Software ever worked on, and it was also an experiment. When we were developing the game, our focus was 50% on story and 50% on game play, so we were especially surprised that our customers enjoyed the game play so much. So for Disgaea, we decided to pursue the game play to the fullest, and the ratio was 10% on story (practically bonus content) and 90% on game play. As a result, the now infamous “tons and tons of content” was born.

T-G: I know one thing that’s always perplexed players is the embarrassing photograph that Etna and Flonne find of Laharl. Can you give us a hint what the picture might me of?

Niikawa: I think it’s better for this to be an eternal mystery. That way, everyone can let their imagination go wild. Some questions are better left unanswered.

T-G: Disgaea has such an interesting, playful cast of characters and a quirky plotline. Which was conceived first? Can you share any insights into the creation of the narrative?

Niikawa: Because we had chosen the Netherworld as the setting, we decided to make the main characters demons. Scary demons would be normal, and thus boring, so we decided to make them demons who are actually loveable. They use their absurd “uncommon sense” to solve problems, one after another. Even though the story is twisted, we wanted to make sure to focus on creating a story that’s fun and exciting. I personally think we did a pretty fine job, so I am still waiting, after 13 years, for Hollywood or Disney to give us an offer. 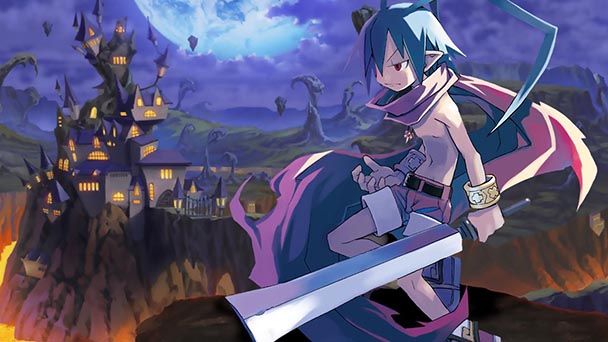 T-G: Along with the amusing dialog sequences, Disgaea’s combat is the other high point of the game. While it’s rooted in strategy role-playing tradition, there’s a number of fascinating nuances from geo-panels, the ability to throw characters, to team attacks. How were these mechanics conceived?

Niikawa: Geo Panels were born while we were thinking, “There should be more than one way to beat the game.” This was already an idea we had during the time of La Pucelle. We wanted to prepare a way to beat the game by racking your brain and solving a puzzle, instead of just defeating enemies by hitting them.

Elements such as Team Attacks and Combos exist normally in other SRPGs, but even now, I still think “Lift” and “Throw” are innovative tactics for SRPGs. “If you think something is interesting, give it a try. As long as it’s interesting, anything goes.” I think that this unorthodox way of doing things allowed us to successfully create this game the way it was.

T-G: Another enduring element is Disgaea’s item world, allowing every single inventory item to be explored and augmented. It’s an ingenious and addictive mechanic. Can you tell us how the Item World came to be?

Niikawa: Since this happened quite a long time ago, my memory of it is a bit hazy, but I think we had ideas like, “It’d be boring to just have the story progress as you fight,” “I want a place to train (level up) my characters,” and “Wouldn’t it be a cool idea to create another world inside an item?”

T-G: Let’s say the Item World was a real thing. Which of your possessions would you delve into to explore and improve its stats?

Niikawa: That’s a quite a fun question. I’d want to put a Sleep 100% effect on a pillow so that I can sleep soundly every day. Oh wait, but if I make it to 100%, I might never wake up… 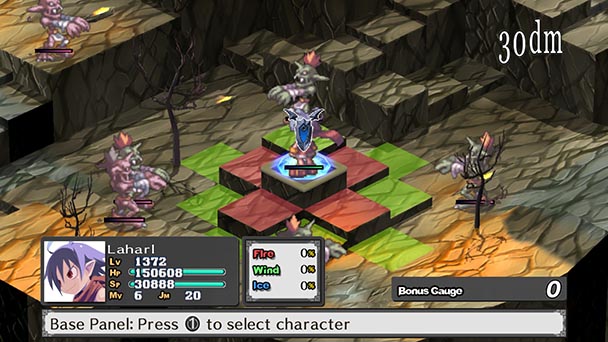 T-G: Thinking back to the games you’ve helped create with Nippon Ichi, is there one that you’re particularly proud of?

Niikawa: It’s hard to choose just one, but some of the titles that I believed turned out pretty well are:

These are all the first games of original series. With all the hard work and difficulties that come with making a new series, I think you naturally have stronger attachments to the first games.

T-G: What can you tell us about the technical performance of Disgaea PC– what’s the maximum resolution and framerate for the game?

NIS Staff: The game’s resolution is 960 x 544 at 60 FPS. In regards to the resolution, we upscaled from the PSP resolution (480 x 272) to high resolution. It’s made so that users can change their window size to their liking, while keeping the same aspect ratio.

That’s the reason I said 960 x 544. However, it’s possible to set the resolution to more or less than 960 x 544. (It’s also possible to fit it to your monitor size, even on 4:3 monitors.) Because of the fact that there are various PC setups, instead of making it so that it’s fixed, we made it changeable. However, increasing the resolution would require high specs, so I leave it up to the users to figure out what works best for them and their setup. Because of the fact that every PC has a different environment, unlike on consoles, taking into account these differences in each user’s environment, and not just the resolution, was something that we had the most difficult time with.

T-G: Disgaea: Afternoon of Darkness (Makai Senki Disugaia Pōtaburu) added Etna mode and local multiplayer. Will we see those additions in Disgaea PC? Also, will we be able to play competitively online?

NIS Staff: All of the content from Disgaea: Afternoon of Darkness is included, so Etna mode is, of course, included as well. On the other hand, the technical requirements are different between the PSP version and the PC version. Also, for the PC version, we aimed to properly reproduce the original Disgaea onto the PC, so the Ad-hoc or online versus mode is not included. 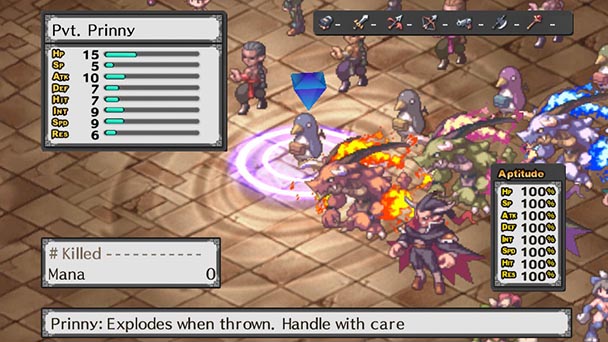 T-G: Subsequent sequels after the first Disgaea have added complexity to combat while still trying to keep the game accessible to newcomers. Has there ever been some type of gameplay component you wanted to add, but left out in favor of user-friendliness?

NIS Staff: The basic stance of developing our games is to, “Include everything that you really want to include,” and “Make the things that aren’t user-friendly become user-friendly.” We take every project one at a time, and make sure to put all our effort into everything we do.

Afterwards, we receive our fans’ input via surveys and the internet, and we try to reflect their feedback in the sequel. The voices of all our fans give us important hints.

Tech-Gaming would like to thank Sohei Niikawa, the Nippon Ichi Software Staff, Alan Costa, and the NIS America crew for helping making this interview possible.

Previous: No One But You review
Next: Alphadia review