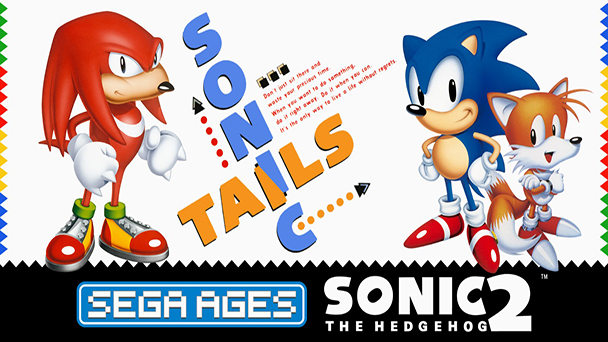 Abiko-based M2 Co., Ltd takes their ports very seriously. Sure, you can find SEGA’s older arcade and console games running on a multitude of machines, from legitimate compilations, licensed hardware, and even in the quasi-legal realms of Android-based emulators. But M2’s efforts consistently extend pixel-perfect accuracy, faultlessly simulating the sights and sounds of hardware that is gradually growing extinct.

These methods are evident in the developer’s latest releases, Sonic the Hedgehog 2 and Puyo Puyo 2. Both SEGA AGES titles function as historical preservation, avoiding the aesthetic imperfections that often accompanies less meticulous emulation. But more importantly, the team adds options and non-compulsory supplements to each title. From screen-formatting options, simulated scanlines, and even new modes and features, their work habitually provides enhancements, adding value to each remake. 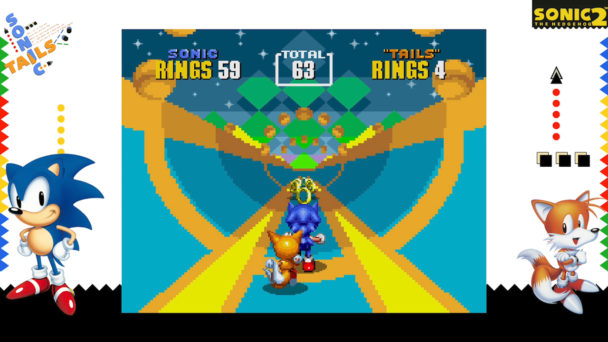 1991’s Sonic the Hedgehog played a key role in the 16-bit console race. When the Super Nintendo debuted a year earlier, it launched with Super Mario World, a title that reinvigorated the company’s side-scrolling franchise with 72 stages teeming with vibrant colors and new play mechanics. Recognizing their rival’s efforts, Yuji Naka and a newly formed team set out to create their own mascot-driven platformer. Sonic would go on to sell extremely well on both sides of the Pacific, inevitably helping put a Mega Drive/Genesis in millions of homes.

Knowing the competition was far from decided, Sonic Team was called on to create a sequel that would solidify SEGA’s status. Recognizing the first game’s success in both Japan and the United States, development duties were shared with Sega Technical Institute, where founder Mark Cerny aimed for collaboration between East and West. While the development experienced troubles (at one point, production was delayed for three months during the Gulf War), the result became what is considered a high point for the prolific Sonic franchise. 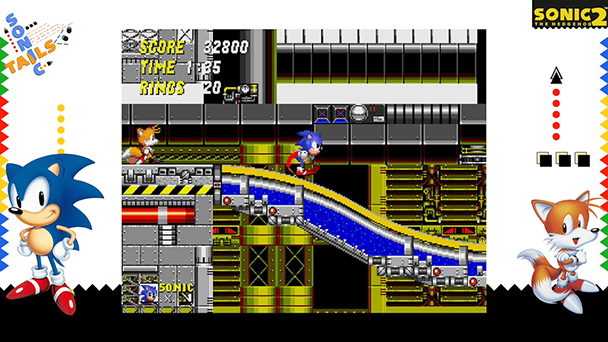 Sonic The Hedgehog 2 aimed to exceed its predecessor in every possible way. Comprehensively it does. Play is notable faster, avoid the reduced pace and light puzzling found in the first Sonic’s Marble Zone. Here, Sonic or his sidekick Miles “Tails” Prower, racing across corkscrews in the Emerald Hill zone, or careening out of boost pads in the Chemical Plant. Stages are notably longer, permitting Sonic to curl up and spin across each multi-tiered stage, endowing the sequel with additional distinction. Numerous games have tried to improve on Sonic’s formula, but few have come close to matching the speed and responsiveness.

Naturally, M2’s customary options make this the definitive version of the game. Playing the game as Knuckles simulates the experience of a SEGA’s lock-on technology, where you could plug one cartridge into the hatch of another. Opting for the Echidna, permits players to glide and cling to walls, changing the way you navigate stages. Another option is Ring Keep mode which starts players with ten rings and only deducts half your reserve when you’re hit, tempering the difficulty. And if you never quite had the skills to unlock Super Sonic by collecting all seven Chaos Emeralds, M2 extends a merciful unlockable. Finally, Challenge mode test how quickly you can collect a hundred rings, contributing a trial for speedrunners. 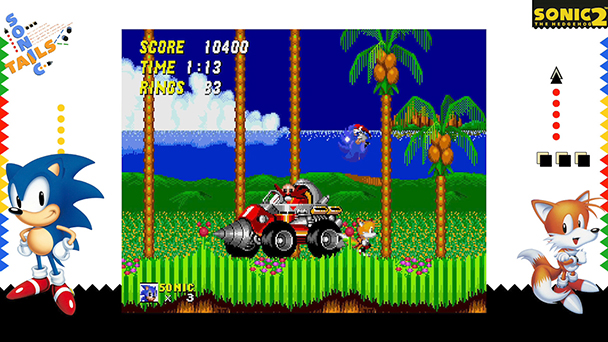 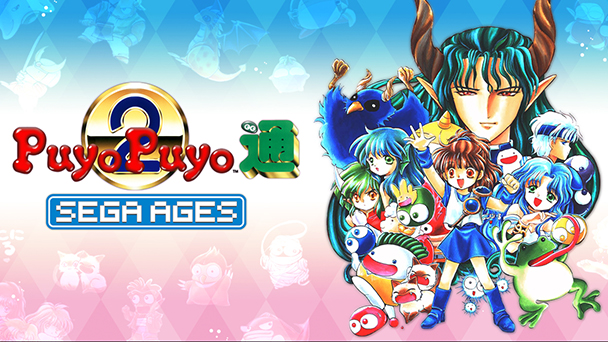 Perhaps you played an iteration of Puyo Puyo on Wii, 3DS, or Switch. Maybe you played the Western version, which was renamed Dr. Robotnik’s Mean Bean Machine and bundled across several SEGA anthologies. Or maybe you’ve played Kirby’s Avalanche, which shoehorned the jovial pink protagonist into the Japanese release of Super Puyo Puyo. Odds are, you’ve encountered Compile’s beloved puzzler at one time or another.

With M2’s remake of Puyo Puyo 2, you’re still contending with the placement of falling pairs of gelatinous creatures. When the blobs come in contact with four or more Puyo of the same color, they disappear from the screen, helping to avoid a gaming ending situation where the slime-like beings fill your entire playfield. Winning revolves being able to create chains, where successions of Puyo are removed, and subsequently fill up your opponent’s playfield with ‘nuisance’ pieces. This time out, players are able to ‘offset’ or return incoming Puyos back to their source with a strategically-timed combo. 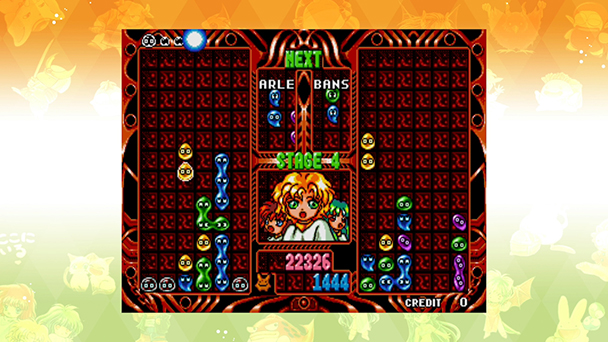 Those with a mind that is able to think several steps ahead will undoubtedly have a great time with Puyo Puyo 2’s Arcade Mode, where you battle against a random sequence of AI bots. Endurance mode plays similarly, with a preset succession of opponents. Those having trouble confronting CPU opponents can elect to use Time Reverse, where a tap of the Switch’s triggers rewinds the game.

Pleasingly, the presence of Versus and Online modes meaning you aren’t forced to battle bots. The former allows players to select from three different competitions, from the more traditional matchups to ones where garbage Puyo either add to your score or are harder to remove. Online matchmaking allows you to tackle random opponents, join a room, or create a password-protected one of own for play with friends. 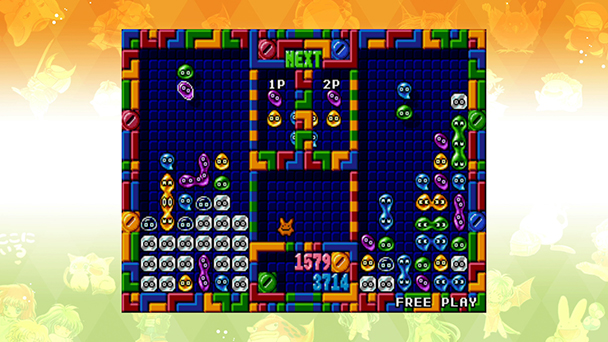 SEGA contends that this is the first English-language version of Puyo Puyo 2. That’s largely correct. While all menus have been localized, making for effortless play even if you don’t know a single kana, character descriptions and utterances are in Japanese. Fortunately, it doesn’t affect play in any way, allowing players to plunge in Puyo Puyo’s joys. Now ever colorblind players can get in on the action, since M2’s enhanced port

Both Sonic the Hedgehog 2 and Puyo Puyo 2 are noteworthy sequels that built on rock-solid foundations. Masterfully, M2 brings both to the Switch in near-flawless shape, with players able to join both titles in their original forms. Given the age of each, the developer has also added a number of smart additions, bringing each game in line with contemporary standards. The only critical omission is any kind of historical documentation. It would be great if M2 provided some insight into the development process for each title.

Sonic the Hedgehog 2 and Puyo Puyo 2 were played
on Switch with review code provided by the publisher. 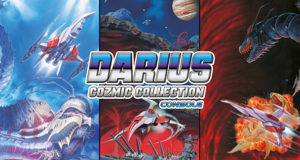 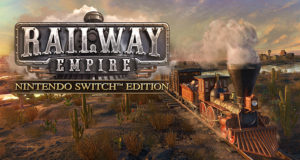