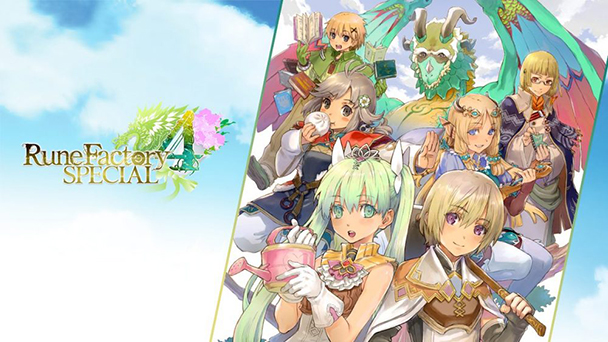 Time to Get Busy!

In the real world, those days where outstanding duties outstrip daylight hours can be exasperating. In the Rune Factory franchise, the onus of being overburdened cultivates a completely different sentiment. Deciding whether to nurture crops, explore dungeons, romance potential spouses, or improve the local municipality feels unexpectedly liberating, thanks to the game’s steady stream of indulging rewards. Unlike reality, in Rune’s cheerful realm, most unfinished tasks wait enduringly and when errors are inevitably made- they’re easily remedied. Mercifully, the series is built around fifteen-minute bursts, ensuring that these tasks won’t interfere with those nagging real-world responsibilities.

Although the recent release of Rune Factory 4 Special for the Switch doesn’t depart wildly from the broad blueprint forged by previous installments, this iteration includes a number of notable tweaks and additions. Originally released for the 3DS in 2013, publishing duties have passed from longtime Harvest Moon/Rune Factory collaborators Natsume to XSEED. In the process, the localization is a bit livelier, incorporating the sporadic double entendre and making the townsfolk a little more interesting. For greenhorns who aspire to have green thumbs, Rune Factory 4‘s improved tutelage means the game offers an ideal inroad to the series. 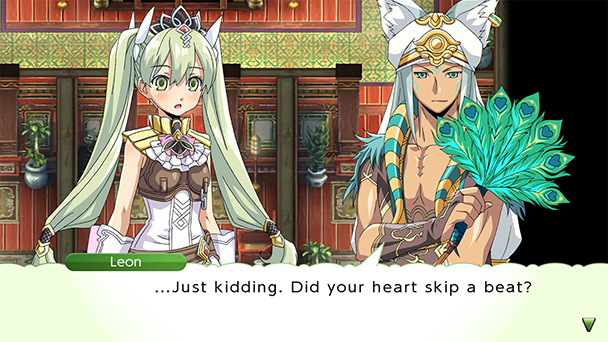 Following the trajectory of other light role-playing games, the amnesiac protagonist is literally dropped from the sky. Cushioning the fall is a benevolent dragon, who mistakes the fallen character for a prince. When the real heir shows up the next day, all parties agree that the player should take on this Prince’s duties, as the true royal needs a reprieve from his leadership duties. As with previous Rune Factory entries, the town hosts a roster of affable characters which players will eventually befriend. Although most of the personalities lean toward the one-dimensional, a few conversations disrupt the trend. The player’s relationship with Ventuswill the dragon is one of the best examples- with your level of rapport fluctuating with each ongoing day.

Compassionately, Rune Factory 4 Special doesn’t bombard players with its complete agenda of activities; instead the game gradually reveals its facets. Working the soil is the preliminary enterprise given to players, which begins by clearing and tilling the ground, before scattering seeds. Given three days of time and regular watering, gamers can harvest a mature vegetable that can be gathered and deposited in an adjacent postal box. The next day money is automatically deposited in the player’s account. Of course, the perennial turnip is just an introductory lesson. 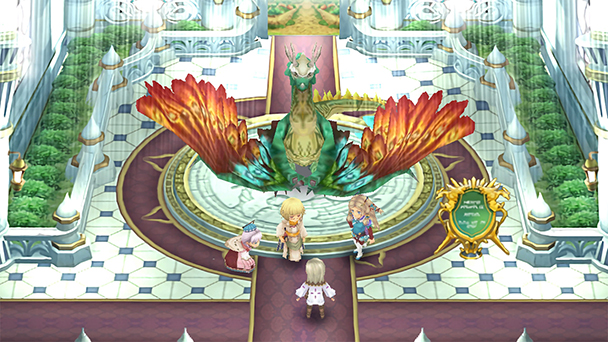 Before long, players will be cultivating all kinds of vegetation, which form the foundation for Rune Factory 4’s cooking system. Naturally, more exotic fruits, vegetables, flowers, grasses, and staples don’t develop as effortlessly- with most requiring to be planted during particular seasons or needing a catalyst to grow. Enjoyment stems from learning the nuances of the game’s biosystem, from techniques which ensure a bountiful harvest to absorbing how some crops yield renewable resources. Rune Factory 4 Special continues the control enhancements made to the series, allowing players to stack similar items over their heads or water substantial areas without interruption. The one setback comes when players are followed by an AI assistant. Although helpers can be ordered to give space, too often you’ll find yourself inadvertently giving your subordinate possessions when you just trying to interact with an item on the ground.

For gamers seeking adventure, the game’s dungeons provide pre-made labyrinthines filled with underlings, loot, and the intermittent boss. Here, players are given a surprising amount of autonomy; not only do customary weapons and magic items, but players can even tackle beasts (or signposts) with their gardening tools. Every action in these boroughs and throughout the rest of game increases both weapon and character level- giving access to new techniques and helping to offset tedium. Although items and monsters are randomized, locations aren’t. Ideally Rune Factory would have provided a procedurally generated venue to explore. 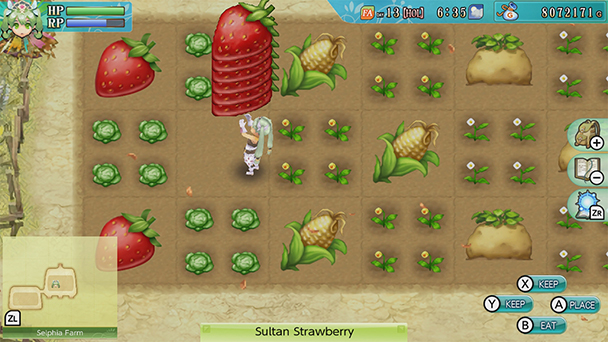 Addicted to the Agrarian Life

After about six hours of playtime, most of the major mechanics of Rune Factory 4 Special are made available, giving gamers access to a wide swath of activities. Once this occurs, the title’s virtues will have become evident, as players scurry around the landscape trying to fulfill as many tasks as they can in the course of a virtual day. It’s an oddly fulfilling undertaking and much like the procession of tasks which define each Animal Crossing game, proves to be quite addictive. Pleasingly, the level of difficulty is quite scalable as well. Beyond setting the adversity level for combat, players can also opt to receive missions from Eliza, a sentient request box, which nimbly lead players through the game’s minutia. Veteran Harvest Moon/Rune Factory followers, can elect to skip the errands altogether, depending on their own ripened skill set to succeed. 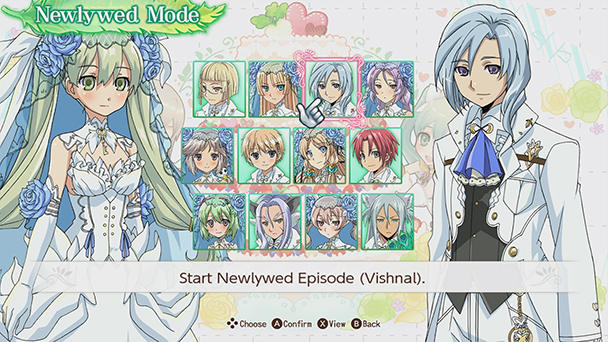 Rune Factory 4 Special makes the jump to the Switch efficiently, with solid performance is both docked and handheld mode. Habitually, the game is attractive- offering brief anime clips, well-drawn portraits, and attractive, if smallish polygonal characters. Sonically, the game mixes contemporary tunes (and a catchy J-Pop opener) with the intermittent retro chip tune, which might fan the flames of nostalgia for Rune Factory vets. Additions like

Much like Animal Crossing, Rune Factory 4’s collection of pursuits gel together, forming an addictive combination of mechanics ideal for portable play. Although this entry adheres a little too close to franchise formula, returning players should appreciate the numerous small changes which all add to the title’s enjoyment. For those unacquainted with the series, Rune Factory 4 Special is a seamless starting point, apt to convert the curious into series stalwarts, primed for the release of the fifth franchise entry later this year. 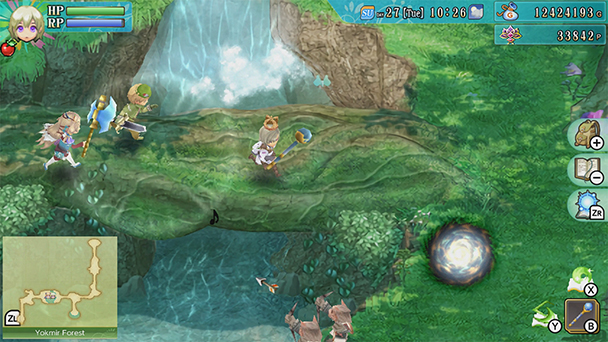 Rune Factory 4 Special was played on the Nintendo
Switch with review code provided by the publisher.

Summary : Fancy a community filled with charming neighbors and a whimsical workload? Time to pack up your things and move into Rune Factory 4 Special’s affable and perpetually amusing little hamlet. 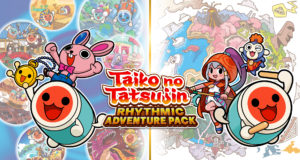 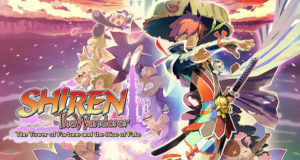