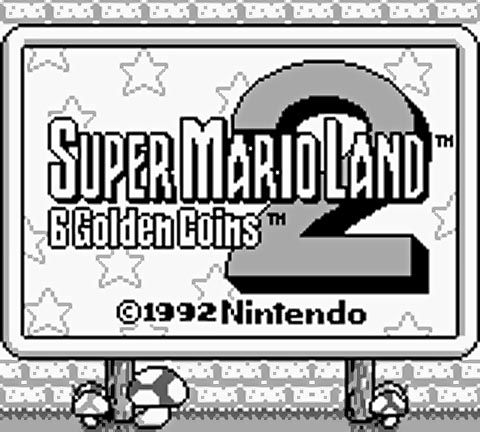 The original Game Boy, in spite of its technical limitations, really had some fantastic games. Off the top of my head, I can name off games like Pokemon Blue & Red, Link’s Awakening, and Donkey Kong ’94. These aren’t just great games we’re talking about, they’re are all-time classics. Games myself and many others still love and cherish to this day. One game that I purposely left off of the list above was one that also exceeded my own recollection of said game’s quality. I’m talking about one of Mario’s best portable outings; Super Mario Land 2: 6 Golden Coins.

Right off the bat, you can notice some of the improvements over the first Super Mario Land. 6 Golden Coins makes use of the Game Boy cartridge’s battery backup feature, allowing you to have three different save files. No marathon play sessions required to beat the game (if your battery still works, which mine doesn’t). This addition alone was enough to propel Super Mario Land 2 ahead of its predecessor, but Nintendo didn’t stop there. 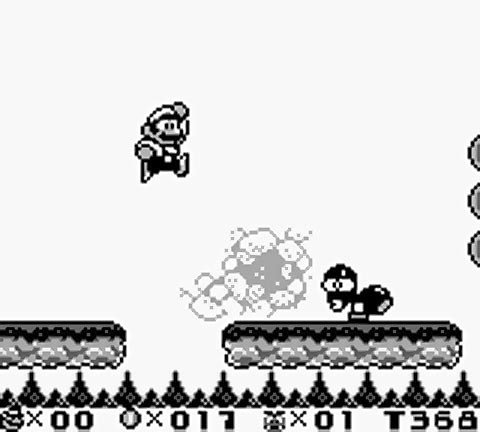 Visually, the original Super Mario Land wasn’t eye candy. It fell somewhere in between the first NES Super Mario Bros. and a Game & Watch. Mario, Goombas, and Koopa Troopas lacked detail and were difficult to make out due to the sprites being so small. This marks improvement number two for Super Mario Land 2; a graphical style that captures the essence of a Mario game’s personality. Drawing influence from Super Mario Bros 3, the sprites and backgrounds are now much more detailed and lively. Mario has pupils, Goombas have teeth, and Koopas now retreat into their shell instead of blowing up when jumped on. Aesthetically, Super Mario Land 2 is far more endearing than its predecessor.

Better graphics and the ability to save your game are all well and good, but a Mario game lives or dies on its gameplay. Fortunately, 6 Golden Coins delivers the winning formula yet again. Mario feels more substantial or sturdy than he did in the original Land. He runs a little slower this time around, but feels more precise, especially when jumping.  Speaking of jumping, the spin jump from Super Mario World that has been carried over from the home console classic, adding another mechanic to the gameplay that Nintendo’s level designers took full advantage of. Also returning from previous Mario games are the must-have items, Super Mushrooms, Fire Flowers, and Super Stars. New to the power-up line-up is the Carrot. When Mario grabs this item, his hat sprouts bunny ears, allowing him to glide mid-jump by tapping the jump button repeatedly. 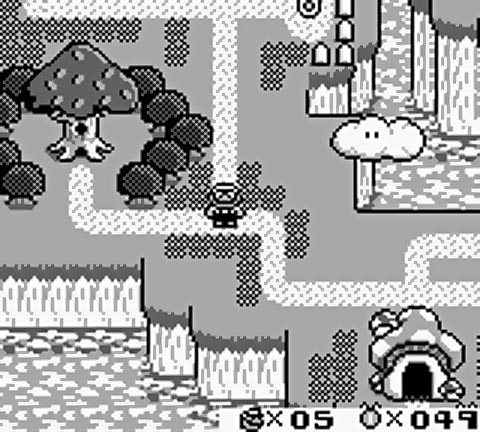 The zones of Super Mario Land don’t have as many stages as the console Mario games released around that time. Each zone only has three or four stages each, with the last stage containing a boss that must be dispatched in the traditional “jump-on-head-three-times” method. I think the smaller stage roster was actually for the better as the zones’ themes don’t wear out their welcome before you’re finished and ready to move on. The aforementioned zones and themes are Tree (self-explanatory), Pumpkin (Halloween), Turtle (underwater/submarine), Macro (tiny), Space (again, self-explanatory), and Mario (giant robotic Mario). Space Zone is unique from the other zones because you can only enter it by beating a level in the top left corner of the map. Every time you leave Space Zone, you have to beat that stage again to go back. It’s not a simple destination on the main map that you can visit at will. It is in the Space Zone entry stage that you’re introduced to Land 2‘s bubble gameplay. At the beginning of the stage, Mario can enter a bubble dispensed from a statue of a hippopotamus. Holding down the jump button will make Mario ascend. Let off and Mario starts to drop. It’s a simple mechanic, but the last Space Zone level (which has the best background music in the game, I might add) will put your mastery of the bubble to the test.

After beating each zone’s boss, you are awarded a golden coin representing the zone you’ve just completed. Once you have collected all six, the door to the game’s final stage is unlocked. It is a true test of your abilities as there are no mid-level checkpoint bells to ring. If you die, you go all the way back to the beginning of the stage. It took over 30 lives for me to get through the castle and defeat the debuting Wario. Just like the man himself, Wario’s sprite is huge. Roughly four times the size of vanilla Mario. It takes three different rounds of head stomping before Wario is kicked out of the Castle. Big W will even whip out a Carrot and a Fire Flower to try to stop our beloved plumber. 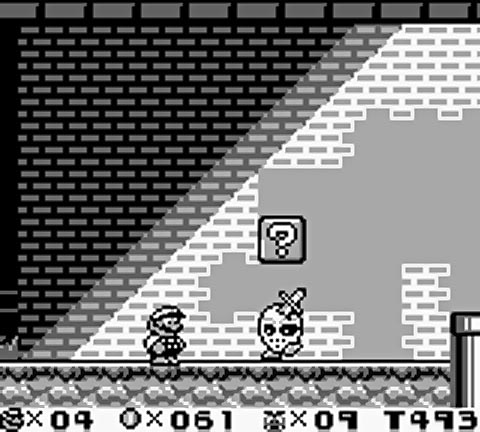 Talk up New Super Mario Bros. all you want, but I truly believe that Super Mario Land 2 is the best original portable Mario game Nintendo has ever released. Everything about the game, from the excellent (and under-appreciated) soundtrack to the stages themselves has the level of polish to it that Nintendo is famous for. I strongly recommend that you check this gem out (it’s rumored to hit the 3DS’ Virtual Console in Q4). No original Game Boy collection is complete without Super Mario Land 2: 6 Golden Coins. It’s as essential as Tetris.