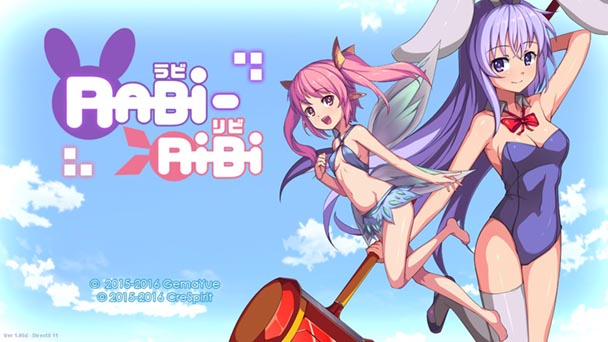 What is the concept?

For those bored by the melodrama faced by Castlevania’s dour Belmont clan, Rabi-Ribi offers a refreshingly cheery alternative. In this PC port, players assume the role of Erina, who was once a cuddly bunny- but woke up one day in a strange environment, her body laden with humanoid features. To uncover the root of her transformation, the bunny-girl decides to track down her Master (un-ironically named “Master”). Along the way, she encounters a bevy of moe-infused enemies, as well as the occasional indispensable ally- like Ribbon, the flying fairy.

Following genre tradition, Erina has access to an ever-growing collection of navigational tools, stat-boosting perks, and offensive weaponry. Your arsenal begins with a modest hammer, able to pound on adjacent foes. Gradually, beating on beasties will augment its capabilities- extending range, power, and issuing a devastating multi-hit combo. Soon, you’ll find a carrot bomb that especially useful for excavating those suspicious-looking areas that conceal gateways to hidden collectables. Once you find Ribbon, the ever-accompanying sprite can summon an array of ranged attacks- from charged shots to powerful beams that can put the hurt on a procession of antagonists. 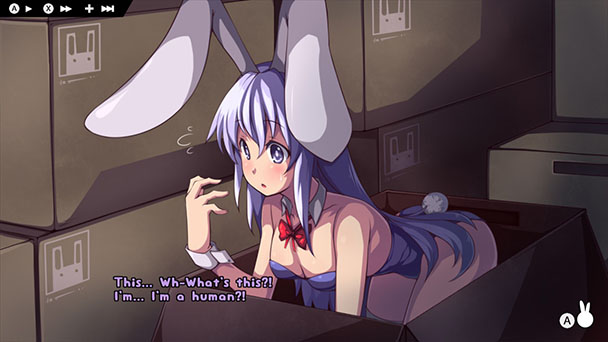 Your capacity for traversing environments grows as well, and as soon as you earn the ability to double-back, you’ll likely be urged to return to where that one item dangled just out of reach. Pleasingly, Rabi-Ribi’s world is quite expansive, with ten zones- each hosting a number of sub-regions and alcoves.

What are the game’s strengths?

Castlevania-inspired games often demonstrate an RPG-like schism, where common foes are used for level grinding and the only real resistance occurs during boss battles. As such, those periods between showdowns can converge on tedium. Fortunately, that’s not the case with Rabi-Ribi. Rivals can be camouflaged, with belligerent girls with bunny ears blending in among NPCs or smaller enemies buried in the ground, waiting to spring on an impetuous Erina. Attack patterns are fairly foreseeable, but then you’ll meet the occasional foe, such as a bee- who darts around out of range, much like its real-life counterpart. On the lesser difficulty levels, foes won’t deal too much damage, but you’ll still have to be play diligently to make it to the next save points and warp gates. 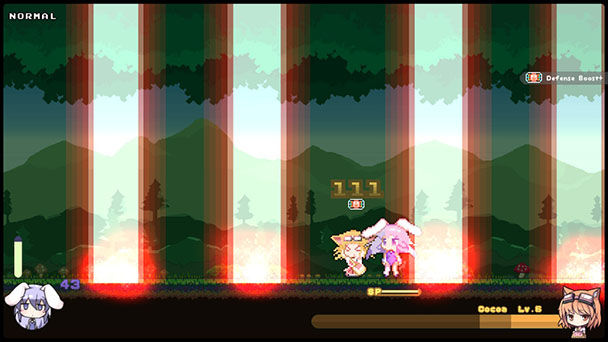 The frequent number of boss encounters are where Rabi really shines. Here, creatures obey the typical attack patterns, inducing players to attack in phases. Periodically, baddies will take refuge toward the top of the screen, launching projectile attacks that resemble the waves and clusters of a bullet-hell STG. In theory, it might sound like a forced amalgam of concept. But in execution, these battles are nothing short of blissful, offering a cycle of restless defense before allowing players a momentary opportunity deliver the pain. The pattern certainly isn’t new, but here it’s especially gratifying.

Beyond the main campaign, Rabi-Ribi also extends a number of other activities, with a boss rush and speed attack modes unlocking as players persevere. For those who appreciate gazing at anthropomorphic rabbit-girls, the CG gallery offers a treasure trove of playful pictures, which offer bunnies at a much higher fidelity than the game’s 16-bit inspired aesthetics. 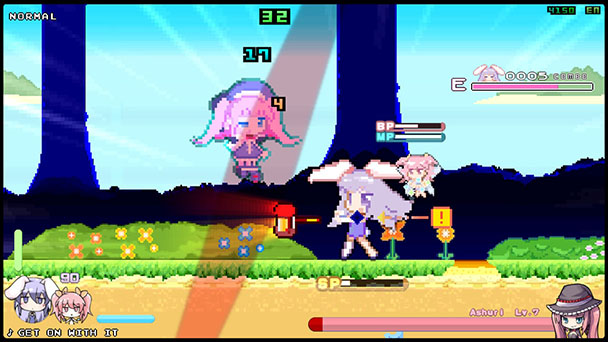 What are the game’s weaknesses?

As good as Rabi-Ribi gameplay is, it can’t quite compensate for the humdrum banter delivered by the game’s characters. Sure, lapin-ladies probably wouldn’t make the most eloquent and witty conversationalists, but the title could have fudged reality. Instead, each piece of dialog only contributes a smidgeon of exposition or character development. All too often, its nonsensical prattle that sounds like you’re eavesdropping on a bunch of LARPing middle schoolers. Luckily, you’re not forced to interact with every denizen with some bunnies blathering only by request.

Although you won’t have to gather every supplementary item to finish Rabi-Ribi, every found element will make the journey just a bit easier. Unfortunately, the process of collection involves a large amount of backtracking, which might irk some gamers. Another issue stems from the ambiguity of your navigational tools. Sure, there’s the requisite pause-screen cartography as players inch though the landscape as well as a mini-map. And while objectives are often highlighted, it’s often arduous to wind around the intended path to get to the location. Another minor issue seems from lack of haptic feedback. Although Rabi-Ribi’s menu’s claim to offer rumble, no vibrant occurred during play. 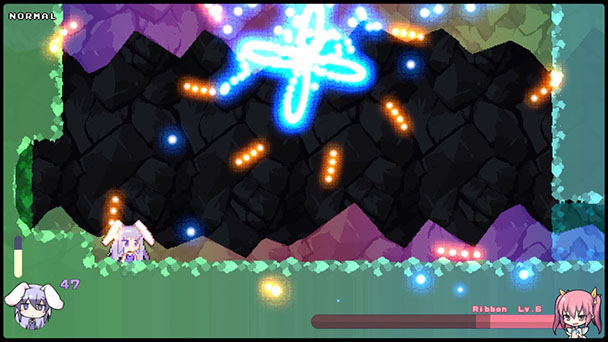 Is the game worth the money?

At thirty dollars, Rabi-Ribi might be a bit more expensive than your average indie Metroidvania title. However, the investment is advised for genre enthusiasts; the game’s combat is persistently pleasing, while the visuals provide a playful, if tasteful, entree of fan-service. Largely, Rabi-Ribi comes within a hare of greatness, only let down by its daft dialog.

Rabi-Ribi was played on Switch with review code provided by the publisher.

Rabi-Ribi (Switch) review
What is the concept? For those bored by the melodrama faced by&nbsp;Castlevania&rsquo;s dour Belmont clan,&nbsp;Rabi-Ribi&nbsp;offers a refreshingly cheery alternative. In this PC port, players assume the role of Erina, who was once a cuddly bunny- but woke up one day in a strange environment, her body laden with humanoid features. To uncover the root of her transformation, the bunny-girl decides to track down her Master (un-ironically named &ldquo;Master&rdquo;). Along the way, she encounters a bevy of&nbsp;moe-infused enemies, as well as the occasional indispensable ally- like Ribbon, the flying fairy. Following genre tradition, Erina has access to an ever-growing collection of&hellip;

Summary : If the phrase “Castlevania with bunny-girls and bullet storms” piques your interest, you’ll want to give Rabi-Ribi a try. Its mechanics are fastidiously polished and persistently pleasing.