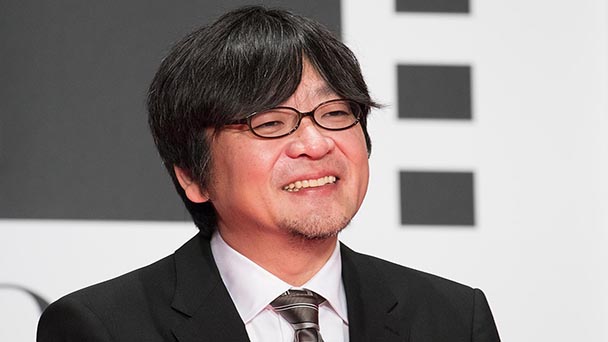 As the director of The Girl Who Leapt Through Time, Summer Wars, Wolf Children, The Boy and the Beast, Mamoru Hosoda has crafted films that have delighted audiences, charmed critics, and won numerous awards. With the upcoming stateside release of Mirai, the auteur is poised to please once more, offering an intimate and imaginative story that contains many signature motifs. We spoke with Hosoda-san about architecture, common themes, and his gift creating such compelling characters.

Tech-Gaming: You have a talent for depicting physical space. Both the grandmother’s house in Summer Wars and the family’s house in Mirai are represented with so much detail, viewers might feel they could actually navigate these imagined residences. How are you able to do this? 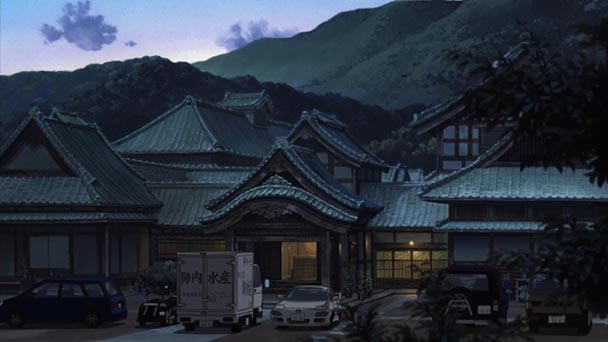 T-Q: You frequently show contrast in your films, from comparing the urban and rustic as well as the human and animal in Wolf Children, the grandmother’s home to the virtual spaces of Oz in Summer Wars. With Mirai, there’s variation, but we see the method used again. What makes this technique so effective?

MH: Like you said with Wolf Children or Oz and the countyside I use contrast to emphasize a problem. I want to depict the different between everyday life and how we see everyday life. With Mirai, we see a different aspect of the same people through the Mysterious Garden. So, in Mirai (the film’s protagonist) Kun sees his mom as someone who scolds him and is always angry. But then you look at her from another perspective when she was younger. She made a mess and hated to clean up, and it turns out she wasn’t that different from Kun. By understanding the contrast he gets to grow.

T-G: Another dominant theme is the blurring between animal and human life, which can be devastatingly beautiful (discusses a brief moment in Mirai. This seems to be a concept you like to revisit in your films. Is there a reason for this?

MH: Yeah. I think when we are kids we tend to be friendlier with animals. Right? We tend to think we’re in the same position as animals like so if you have a pet dog where we’re both part of the family and you might share the same standing. But then they will become adults.

Because we live in such human-centric societies we might start thinking that animals are below us or beneath us. Which is really a sad thing because I think by understanding animals that we can have a better understanding of our place in the world. When you look at old Disney films or anime, there are a lot of animals featured in them. But they are often side characters, not main characters. I start to wonder are humans not that interested in animals. But I want to work against that trend of not caring for animals. 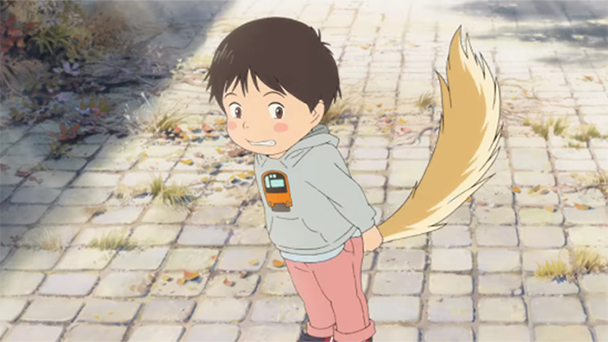 T-G: Family plays an important role in your many of your films, whether through the surrogate bond in Boy and the Beast or the extended Jinnouchi clan in Summer Wars. With Mirai, the approach spans four generations. Why are your drawn to the subject?

MH: When I’m making movies I tend to be inspired by the people close to me, which is usually my family. It’s really interesting because before I got married I thought marriage was going to be a hassle, or as a male it was going to be the end of my life, like a graveyard. But when I actually got married it was very different. I learned the happiness of being married. And it’s the same thing with having kids. I thought if I had kids I’d have no free time and a bunch of responsibilities until they grow up. But it wasn’t true. I mean yes, they take up a lot of time, but there’s just so much happiness and found that they inspire me so much. And that’s probably why family becomes a motif in my movies.

T-G: Animation frequently depicts middle and high schoolers and occasionally college students. But the point of view of adults is often neglected. What was the motivation to show their perspective in your films?

MH: When you have adolescents as main characters parents tend to get in their way. So if an adolescent wants to do something the parents say,” no, you can’t do that” and become the antagonist that’s pitted against the protagonist.

But adults aren’t just that. When you’re little they raise you and care for you. Also, adults or parents, especially when they are younger are imperfect. They don’t start out as perfect parents. As children grow, the parents also learn and grow as well. I really wanted to depict that and show parent that they don’t just one role; they grow and change as well, just like you do. 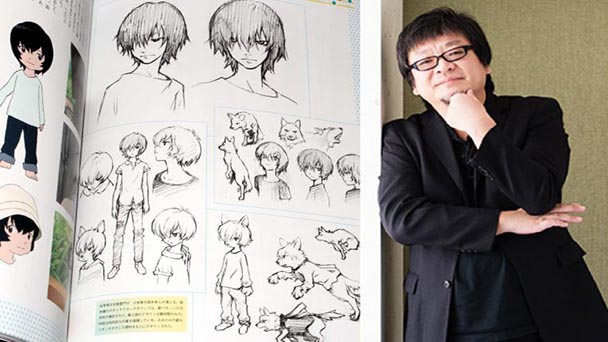 T-G: I noticed that in one of the scenes of the film, where (describes interaction)

MH: Actually, a lot of people reacted to that scene. We wanted to show that the parents are going to grow from that moment too. They’re in those early stages of growth. People who have been married for a long time would probably understand. I was really happy to show that, because that’s not always something that depicted in animation or even live-action.

T-G: When thinking about your films, how autobiographical are they? Mirai seems rooted in the experience of parenthood.

MH: I guess it is rather autobiographical. What I wanted to do with Mirai, that translate the emotion of the happiness my children bring me into a movie. But that’s also why I didn’t want to exaggerate. You know when movies have children in them, they always have some big incident- they go on an adventure, something dramatic happens, etc. But I didn’t want anything like that. I wanted the audience to realize there’s something special in our everyday life incidents. So, it is a bit personal, but it’s not like I’m exposing my private life of anything. 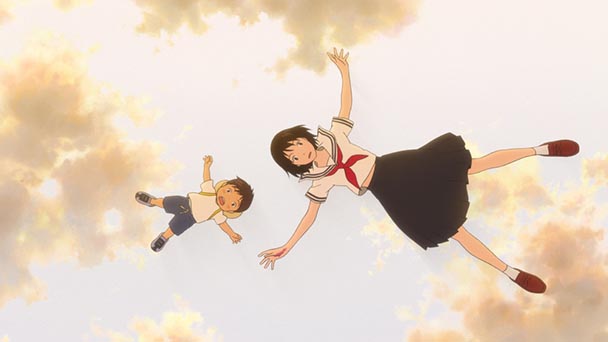 T-G: Where do you find inspiration for your stories and characters? Some of them are quite lifelike.

T-G: Wabisuke, for one, he’s quite interesting.

MH: In regards to Wabisuke he loves his grandmother so much that he made the Love Machine. But somewhere along the way he got rebellious. But I think someone like him would really exist or there would be elements of him that would exist in your own self. So, for Mirai’s parent’s, the conversation is based on conversations on I had with my wife. But it’s not very Hosoda-specific conversation. I would think a lot of married couples would have that conversation where they talk about themselves rather than just the day to day talk.

Tech-Gaming would like to thank Mamoru Hosoda and GKids for their time and hospitality.