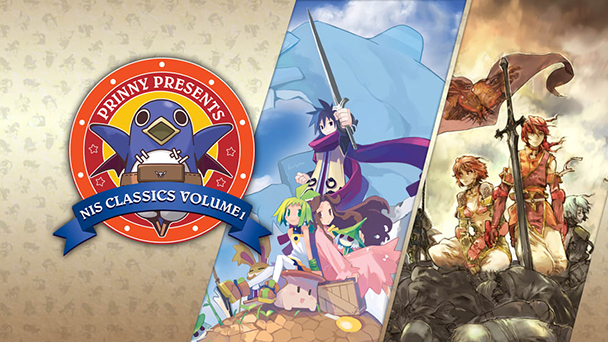 Revisiting the pair of PlayStation 2 titles found in Prinny Presents NIS Classics Vol. 1 is an indulging expedition back to the golden era of strategy role-playing games. It was a time when NIS’s efforts were overflowing with energy and imagination. Everything from conversations, character arcs, to combat mechanics felt fresh, paving the way for the publisher’s prolific future.

If it’s your first time playing these two titles, you’re in for a treat. While Phantom Brave has been ported to elder systems like the PSP, Wii, and PC, Soul Nomad & the World Eaters hasn’t been re-released since its PlayStation 2 debut. Let’s take a look at each: 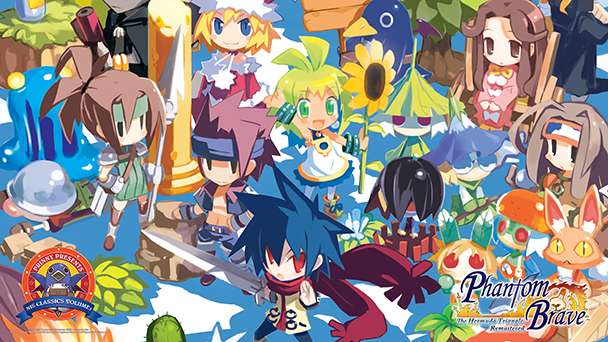 A significant share of Phantom Brave’s allure comes from its lead protagonist, the thirteen-year old Marona. Shunned by society for her ability to summon phantoms, her eternal optimism and tenacity could charm the most solemn misanthrope. Complementing the young girl’s enthusiasm is Ash, a phantom who died alongside Marona’s parents years ago, and now serves as her ethereal guardian. To make ends meet, the adolescent works as a Chroma- vanquishing evil doers for a meager living, across the game’s tropical landscapes. Altruism serves as the main impetus for a majority of the title before Phantom Brave employs a global crisis to drive the story along. With the cataclysmic plotline being so ubiquitous in role-playing games, Marona’s more intimate interactions express a tenderness uncommon to the genre and far removed from the gothic silliness of Disgaea. It’s a shame these moments don’t last longer.

One element which does persist throughout the title‘s playtime is the satisfaction reaped from the game’s rich combat system. Forgoing the tradition grid of the SRPG, the title allows characters to move within a circle, with radius determined by a unit’s move speed. While this mechanic abstains from giving topography and positional bonuses, it also allows characters to launch attacks across circular fields or wedge-shaped zones. The freedom of movement comes with a few snags- units can bunch up, making it difficult to select a specific enemy or piece of equipment. Sporadically, characters disobey the player’s wishes- shuffling pack and forth instead of ascending a steep incline. 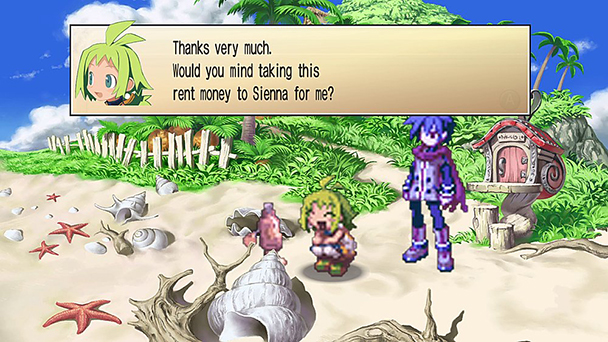 On the battlefield, Merona is the only ever-present character, with every other unit required to be ‘confined’ to an environmental entity. Since each phantom inherits traits based on the composition of the object, players much carefully strategize, embedding characters with both stat-boosts and elemental immunities. These tactics are essential because Phantom Brave‘s antagonists don’t just shift around and occasionally strike. Foes gang up on weak characters, steal equipment, and even throw objects off the playfield in an effort to stymie players. To add an additional wrinkle to the strategizing, each phantom has a limited number of turns of the battlefield.

In between conflicts, a robust party management system awaits, allowing players to create new phantoms, purchase and enhance weapons, heal teammates and save your game. Beyond your basic role-playing workhorses like warriors, mages, and soldiers, players can also create characters which help Marona in more roundabout ways. From merchants who earn a steady stream of income to monks which can generate randomized dungeons teeming with potential experience points, these units embed Phantom Brave with a startling amount of depth. In typical N1 style, there’s a bit of grinding to earn the money, experience, or weapons required to surmount some of the game’s more forceful foes. 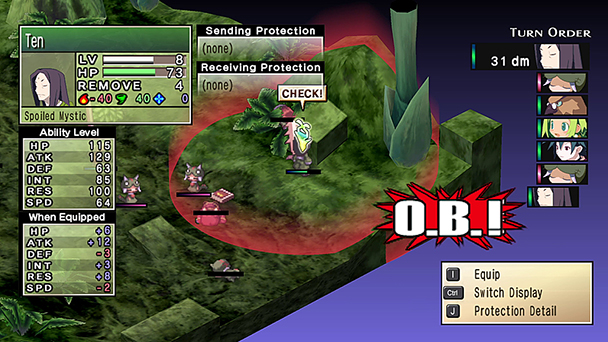 For a seventeen-year-old game, Phantom Brave has aged remarkably.  While some might balk at the title’s pixelated characters, the hand-drawn sprites convey emotion exceptionally well. With stirring spell effects and pre-rendered backdrops for the cutscenes, the game delivers the occasional visual dazzle. Most noticeable is the upscaling of backdrops, while the ability to select a new, more distinct font should make Square-Enix’s teams take notice. Equally as competent is the game’s sonic delivery, with well-voiced main characters and a hummable soundtrack. 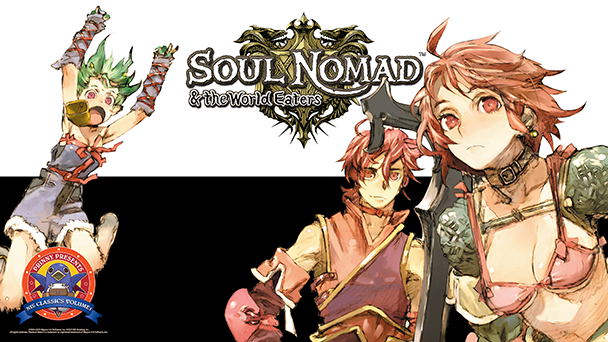 But after 50 years, misfortune returned fourfold, this time with the appearance of Gig. This ‘Master of Death’ leads a trio of eponymous, Lovecraftian behemoths, hellbent on devastating the landscape. To stop the assault, Layna assembled her remaining militaries and ordered an assault on Gig. The confrontation resulted in a stalemate, with the Lord’s daughter seemingly decreased, Gig confined to a sword, and the World Eaters dormant without a leader. But now, the titans have awakened with a hunger for annihilation that’s been growing for two centuries. 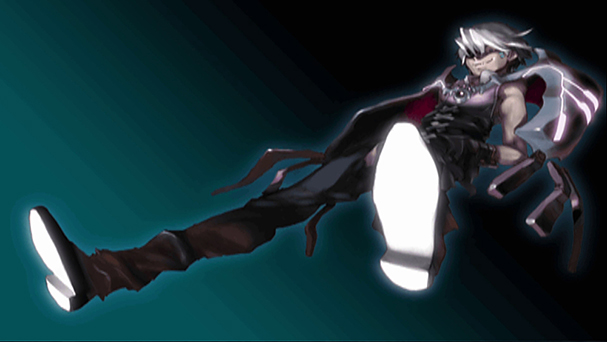 While Phantom Brave’s Marona is all sunny optimism and sweetness, Gig is the anthesis. He’s awakened and forced to cohabitate with the protagonist’s body, after Layna hands over the sword. Gig’s foul-mouthed entrance is on par with Laharl’s awakening from the first Disgaea. He’s drunk with destructive cravings, as evidenced by the flashbacks that are shared with main character. But his raw destructive energies are the only thing that can put a stop to the World Eaters, producing an intriguing set up and a delightfully redemptive character arc.

What’s especially gratifying is that some N1 fans might have only encounter Gig through his cameo appearances in the Disgaea series. If that’s the case, then Soul Nomad & the World Eaters will function as an enchanting backstory, helping you appreciate the nuances of one of the publisher’s best antiheroes. While there have been a number of egomaniacs in role-playing history, few share a body with the main character, and the writers habitually seize the potential of this set-up. 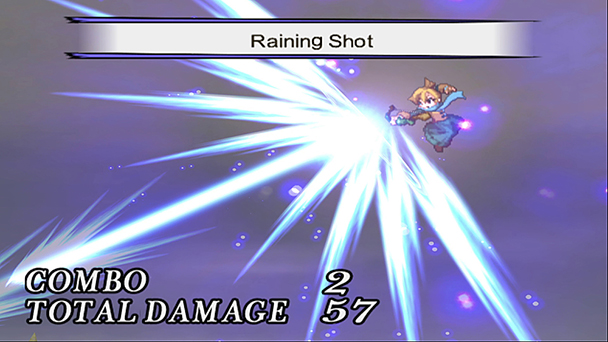 When the game first released in 2007, one of the fundamental issues was that Soul Nomad didn’t offer clear-cut explanations of its combat system. Sure, the fundamental, turn-based battlefields were probably recognizable, with units having highlighted movement areas. But the rest could seem rather abstract if you never played a title like La Pucelle Tactics. The main premise tasks players to assemble formations of manikins within inter-dimensional rooms. But once you wrap your head around Nippon Ichi’s imaginative interpretation of combat, fights become intriguing and full of strategic possibility.

Think of your room as its own unique squad, where unit positioning is crucial. Manikins in the first or second row typically perform direct attacks, with units in the rear offer buffs or hit with an area-of-effect ability. Position a healer in the middle row and they’ll mend a single manikin, but if they are in their back, they’ll likely restore health to members of an entire row. Since it’s a Nippon Ichi game, there’s a multitude of different tactical approaches. Of course, there’s also the possibility of ‘inspecting’ the effectiveness of your room in randomized dungeon. Like item worlds, these offer the possibility of augmenting units and well as the room itself, through old-fashioned grinding. 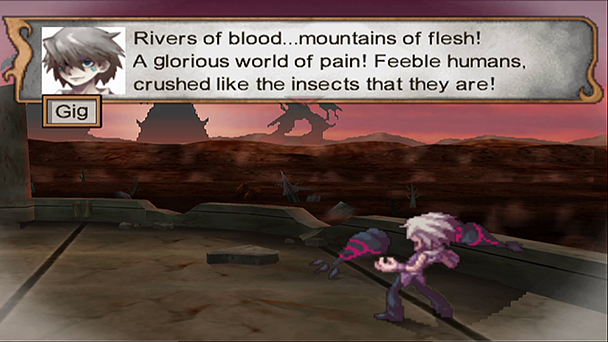 Perhaps, Nippon Ichi’s constant creativity has made Soul Nomad a bit more accessible fourteen years on. Going back to Prodesto wasn’t nearly as cerebrally arduous as it originally was, thanks to a multiple of role-playing games than have flexed our cognitive muscles. But returning to both Phantom Brave and Soul Nomad rekindes that sense of gratification that the very best SRPGs can produce. Nestled in a cushy chair, surveying the battlefield is a persistent delight, especially when you’re commandeering the type of memorable characters that NIS dreams up.

Prinny Presents NIS Classics Vol. 1 was played
on Switch with review code provided by the publisher

Summary : Whether you're a strategy role playing game veteran or newcomer to the genre, Prinny Presents NIS Classics Vol. 1 offers a double-dose of some of their best efforts.