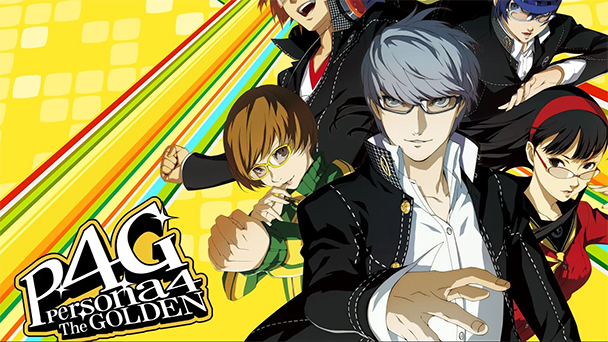 Wonder why so many people cherish their PS Vita? Part of that answer is 2012’s Persona 4 Golden. When released, it was one of the best role-playing games around. Eight years later, this proficient PC port reminds how well the game has aged.

Although Persona 5 catapulted the larger Shin Megami Tensei franchise to mainstream popularity, entrance into the Atlus property can often be off-putting. From the pistol-like evokers which teen protagonists point to their heads in SMT: Persona 3 to the Jungian exploration of unconscious representations in the original Persona 4, the franchise habitually shirks the hackneyed mythos that is common to the RPG genre. Prudently, the series’ mechanics aren’t as far-flung. The franchise habitually provides engaging, yet vaguely familiar rifts on dating-sim, time management, and even Pokémon-like cultivation systems.

The recent PC port of Persona 4 Golden commendably demonstrates these qualities. Like the PS Vita version, this is more than a mere rehash of 2008’s Shin Megami Tensei: Persona 4. So, if you only played the original PlayStation 2 title, expect a supplemented storyline expands the portrayal of characters and bestows a bounty of new activities. The portable version also tempered Persona 4’s oft-vexing difficulty level, so don’t feel like you are missing out on the original game. 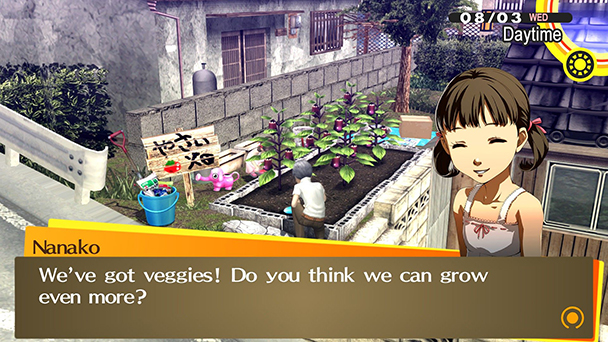 Much of the power of the original iteration rose from the intimate articulation of each character. While Persona 4 avoids the oft-taboo allusions to suicide, depression, and isolation of its forefathers, the title’s social relationships are richer and more credible. Mirroring previous Persona titles, lead character Yu Narukami is the prototypical tabula rasa, permitting players to rename the character and shape his personality through activity choice and dialog options. While the silent protagonist is a common JRPG trope, Persona 4’s decision to use the technique isn’t based on timeworn tradition. Instead, the game offers an unrivaled exploration of repressed inadequacies and uncertainties. Potentially, the game has the power to act as a broad Rokeach test, goading gamers to consider their own strengths and deficiencies.

For players uninterested in self-reflection, Persona 4 Golden’s plotline still carries plenty of narrative heft. Following his parents move abroad, Narukami leaves the city to live with his uncle and cousin in the town of Inaba.  After making a few new acquaintances at the local high school, the city’s state of rural normalcy is upended by a series of grisly murders. Remarkably, an urban legend about a television program called the Midnight Channel proves to the catalyst for the story. The surreptitious station ends up transporting the newfound group of friends into an alternative dimension, where the manifestations of each character’s inner strength become Personas. The powerful entities prove capable of not only battling enemies, but as an instrument to quell future bloodshed. 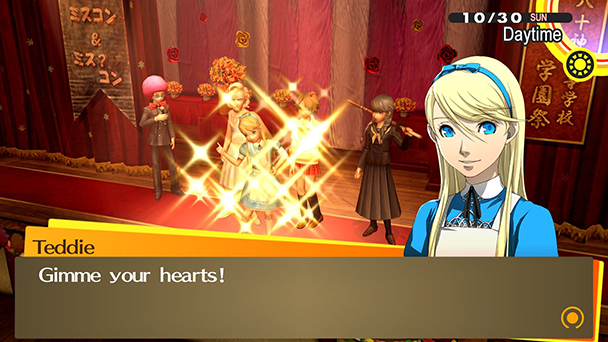 Most satisfying are the subtle tweaks made to Persona 4’s plotline, which not only offer a bit more character development but also provide additional foreshadowing of the game’s conclusion. Pleasingly, Golden’s seven culminations push the plotline is different ways, some rooted in tragedy and others dispensing a sense of closure. Short segments are also flawlessly integrated through the entire storyline, elevating the impact of each ending.

Like Persona 4, Golden’s turn-based combat spurs players with identifying enemy elemental types and exploiting the inherent weaknesses of each foe. Pleasingly, the rock-scissors-paper-esque battle system allows for more than just a statistical advantage. With the “1 More” mechanic, combatants can earn additional turns for preying on an opponent’s weakness. While characters can be directly controlled during battle, Golden also allows players to issue general tactic orders such as “Full Assault” or “Conserve SP” which AI allies follow with a gratifying effectiveness. 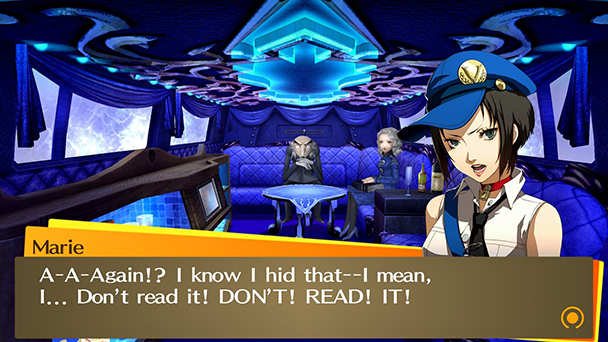 Online Assistance at the Ready

For many players, the game’s fusion component will prove to be remarkably addictive. During the game’s eighty-hour journey, dozens of additional Personas defy collection and subsequent fusion; with synthesis bestowing some substantial new abilities. Naturally, not every amalgamation yields fruitful results, making the sporadic serendipitous discovery feel particularly fulfilling, especially if players aren’t using a FAQ to glean info.

Parties that become mortally wounded in dungeons will certainly appreciate Golden’s online assistance option called, “vox populi”. Teams close to termination can touch an icon in the corner of the screen to put out a rescue request, which allows any other players to contribute HP or SP to the party. Similarly, another command reveals how other gamers are spending their in-game day, filling the screen with word bubbles which reveal the activities of their compatriots. In execution, this elective system works much like Demon Soul’s clue system, potentially pointing players in the direction of side-quests. To lessen the impact of frustration, defeat in the dungeons return players to the beginning of the floor, rather than making them slog from the last save point. Pleasingly, Golden offers five challenge levels, making the game accessible for role-playing recruits who just want to follow to storyline to veterans seeking a near-insurmountable trial. 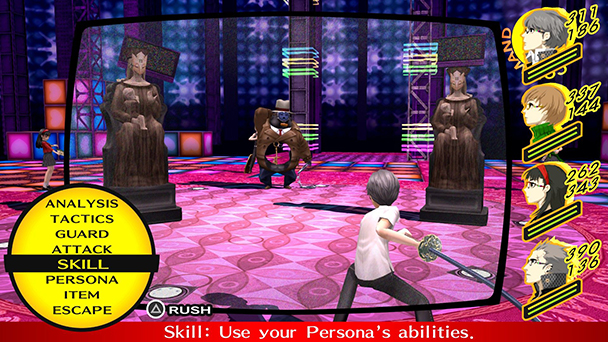 How Does the PC Version Compare?
Although Persona-thirsty PC owners might have probably tolerated a barebones port of Persona 4 Golden, Atlus’ adaptation is largely commendable. Sure, Studio Hibari’s cutscene’s are plagued by artifacting, which becomes especially noticeable on larger monitors. But otherwise, the team has established a pleasing precedent for future adaptations. (P3 FES, please?)

There are no framerate settings in the game’s menus, permitting P4G to run as fast as your hardware allows. For anyone with decent rig, that means solid sixty frame-per-second performance even the rendering quality and aliasing cranked up. Image quality is especially nice, with upscaled character portraits and texturing. P4G might not look like a native PC title, but it looks a lot better than PlayStation TV output. When it comes to audio, you can select between Japanese or English voice-overs, while the presence of Steam achievements and trading cards is an amiable dividend. 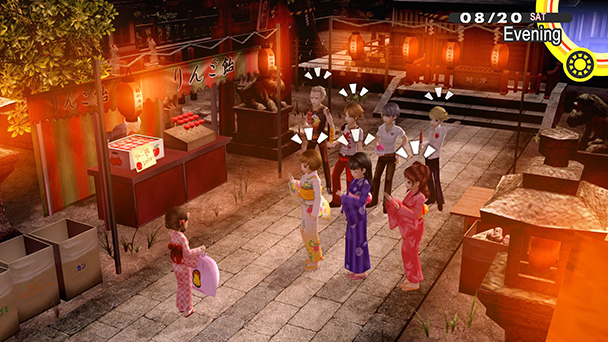 Recreations and Jobs Compete for Your Time

Influencing the team’s competence during combat is Persona’s Social Link system, which provides a perfect complement to Shadow subduing. Fusing stronger Personas requires the protagonist to develop closer interpersonal connections with both friends and love interests. Beyond going to school during the day, going on dates, hanging out with friends, and playing sports, Golden allows players to have part-time jobs during the evening hours.  Unsurprisingly, the benefit of earning money while building rapport proves invaluable and fit naturally into the game’s itinerary of extracurricular options. But you’ll have to invest some time before getting to these options. For impatient players, P4G’s hour and a half prologue might inhibit them from discovering the title’s virtues.

For years, PC owners have been clamoring for Persona 5 to illuminate their monitors. With the release of Persona 4 Golden, Atlus is sending a clear message: we’ve heard your appeals. Whether this is merely testing the waters or a precursor to more recent Persona titles is uncertain. What is evident is that Persona 4 Golden is a just as much of a joy in 2020 as it was eight years ago. Evading the tiresome trope and hackneyed mechanics of many role-playing games of the era, this deserves a space in your Steam library. 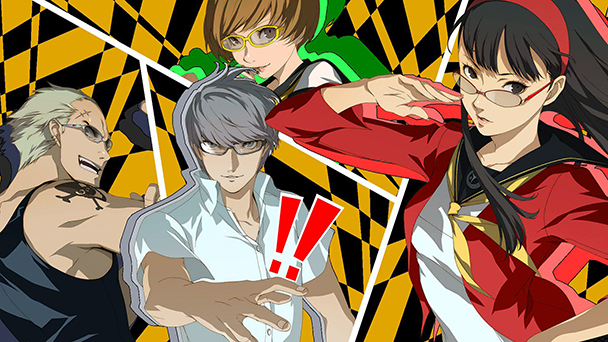 Persona 4 Golden was played on PC with review code provided by the publisher.

Persona 4 Golden (PC) review
Wonder why so many people cherish their PS Vita? Part of that answer is 2012&rsquo;s Persona 4 Golden. When released, it was one of the best role-playing games around. Eight years later, this proficient PC port reminds how well the game has aged. Although Persona 5 catapulted the larger Shin Megami Tensei franchise to mainstream popularity, entrance into the Atlus property can often be off-putting. From&hellip;