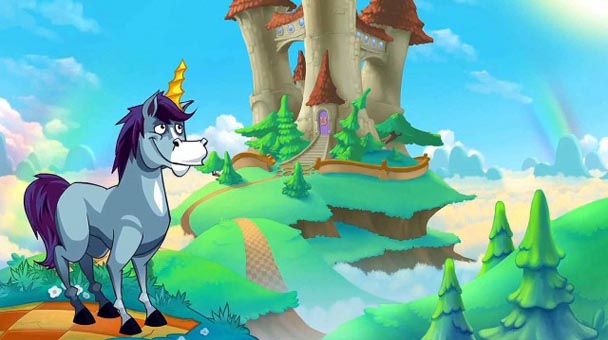 Much of Disney’s cinematic success can be attributed to a winning formula: their films traditionally exhibit top-tier production values and appeal to a wide range of audiences. In the realm of interactive entertainment, PopCap Games obeys a similar trajectory. Output like Bejeweled, Bookworm, and Plants vs. Zombies have flaunted enchanting visuals and toe-tapping soundtracks while attracting casual dabblers as well as hardcore players. 2007’s Peggle was the quintessential bridge between both groups. While progress could be provoked by pure luck, motivated gamers were able to pull off some mindboggling skill shots.

With the release of Peggle 2 for the Xbox One, PopCap has shrewdly decided not to tamper with the core formula, permitting both accessibility and advanced billiard-like bank shots. For newcomers, the game’s goal and execution are remarkably easy to understand. Using a launcher at the top of the screen, players shoot diminutive orbs, which bound across a busy playfield, removing every colored peg that the ball comes into contact with. Clear every orange pin before your run out of spheres, and you’ll be chaperoned to the next level. 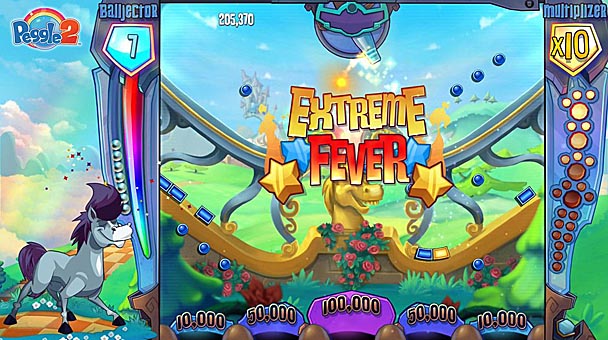 Naturally, the game’s sixty stages gradually escalate in difficulty, increasing the quality of protective blue pegs as well as the compulsory orange ones- but it also adds a number of other captivating nuances. Like its predecessor, each round of Peggle 2 is observed by an animated character. In the original game, these mascots were little more than diminutive sprites. Here, they’re well-animated personalities. For returning Peggle cast member Bjorn the unicorn that means wild head-banging as Beethoven’s “Ode to Joy” punctuates each round.

The game also extends four new characters: Jeff- a laid-back troll who parodies The Dude from The Big Lewbowski, Berg- a spirited Yeti, Gnorman- a gnome with a Napoleon complex, and Luna- the teenaged ghost. Each of the Peggle 2’s eccentrics articulate their personality in a variety of ways- from providing new level-clearing codas, peg-clearing sounds, and their own unique special abilities. During the last ten chapters of the sixty level campaign, players are able to choose their characters for each level. It’s here that players have to decide between Jeff’s peg-crushing “bowlder” or Luna’s ability to dematerialize ever blue peg is more advantageous, endowing the game with a slight puzzling vibe. Brainteasers also play a big part is the title’s additional allotment of sixty challenge maps, as well. 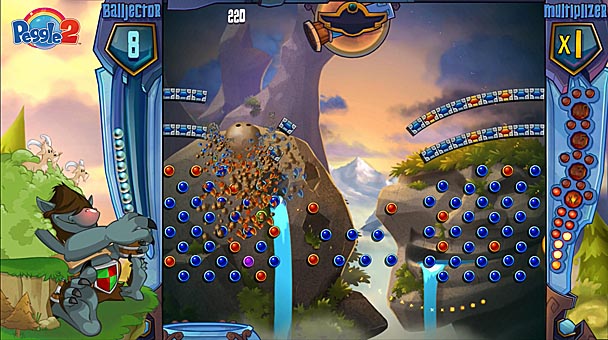 Clearing the collection of 120 stages is enjoyable thanks an adept control scheme and balanced difficulty level. For the most part, players will use the analog stick on the Xbox One controller to aim their shot- with the directional pad and top bumpers are used to adjust the trajectory marker in tiny increments.  Whereas the concluding levels of the original Peggle and follow-up Peggle Nights would present players with stages that lingered just beyond the threshold of success, Peggle 2 seems like a kinder, gentler title that would rather enthrall than exasperate. As such, it’s each to get sucked into ‘one more level’ now that the reprimand of having to retry has been moderated. Now, the only irksome element is the addition of pegs which have to be touched twice before they disappear- even these objects aren’t too much of an irritant if players use their character powers prudently.

That’s not to say Peggle 2 isn’t with a few flaws. For such a score-driven game, the omission of any kind of leaderboards is a large oversight- especially when the game pauses to sync with the cloud every time it boots up. While the title offers an online multiplayer component which mirrors the turn-taking competitions of the Xbox 360 iteration, local play is missing. More distressing is PopCap’s efforts to plaster the Xbox One’s community achievement area with thinly-veiled promotions for the game. The game is happy to record even the most middling achievement, filling your outgoing stream with superfluous gameclips. Hopefully, Microsoft puts a limit on the output of games before this function becomes bombarded with excessive amounts of spam. The final worry with Peggle 2 is the ominous shopping cart icon which appears on the main menu. While it’s currently inactive, let’s hope that the link is used for reasonably priced-levels and not the type of micro-transactions that have siphoned the enjoyment right out of Forza Motorsport 5 and Crimson Dragon. Since there’s half as many characters in this game as there was in the original Peggle, presumably the DLC will bring back some members of the original title. 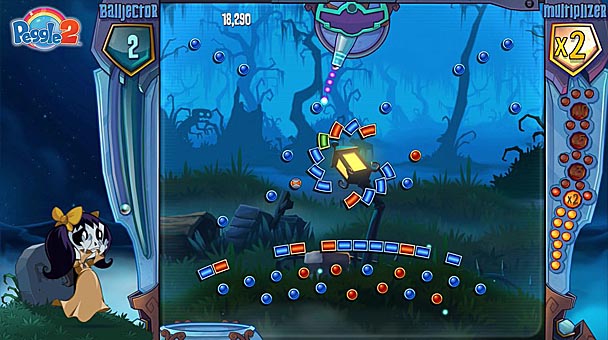 Fortunately, some of these flaws are mitigated by Peggle 2’s $11.99 MRSP- which given the price of comparable downloads such as PowerStar Golf and the aforementioned Crimson Dragon, seems extremely reasonable. Although Peggle 2 isn’t the type of game you’ll use to flaunt the power of your next-gen hardware, for twelve dollars it’s perfectly capable of engaging gamers for a weekend or two. Most importantly, PopCap didn’t overload the game with gratuitous elements which could have detracted from the title’s core mechanics. At its heart, Peggle 2 is more Peggle with a few visual flourishes- and we’re ok with that.

Peggle 2 Review
Much of Disney&rsquo;s cinematic success can be attributed to a winning formula: their films traditionally exhibit top-tier production values and appeal to a wide range of audiences. In the realm of interactive entertainment, PopCap Games obeys a similar trajectory. Output like Bejeweled, Bookworm, and Plants vs. Zombies have flaunted enchanting visuals and toe-tapping soundtracks while attracting casual dabblers as well as hardcore players. 2007&rsquo;s Peggle was the quintessential bridge between both groups. While progress could be provoked by pure luck, motivated gamers were able to pull off some mindboggling skill shots. With the release of Peggle 2 for the Xbox&hellip;

Summary : Currently one of the more economically-priced titles on the Xbox One, Peggle 2 is an aesthetically charming, thoroughly engaging title. It’s also a perfect way to pass the time while your Xbox One leisurely installs other titles.