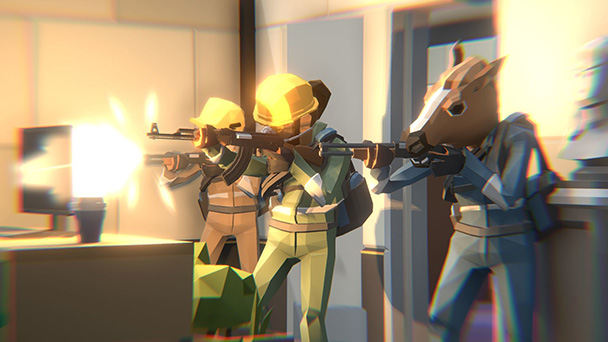 Round up your squad, plot your path, and watch those corners while you strive to keep your teammates alive in No Plan B. Whether you opt for cops, robbers, or gangsters, there’s a wealth of  strategizing found in both pre-made missions as well as player-designed ones. 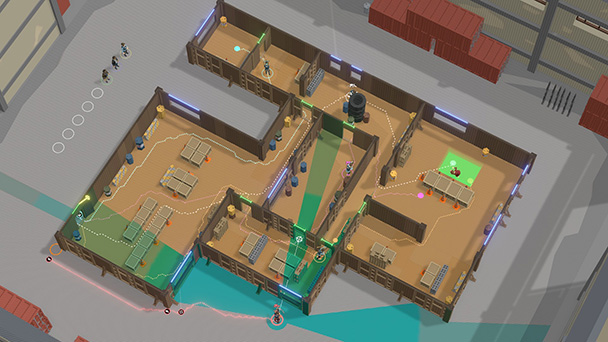 A multitude of games are built around the ‘breach and clear’ maneuver. From the early Rainbow Six series to the Hotline Miami titles, protagonists have habitually entered spaces controlled by enemies, overpowering them with precise bursts of gunfire and tactical positioning. But instead of the traditional action-driven, first-person perspective, No Plan B favors careful preparation and renders the approach from an overhead perspective. Instead of directly controlling a team of gunman, you plot every movement and dictate every firing angle, before letting them loose and watching how they fare. It’s far more of a puzzler than a shooter, and a better game for it.

Smartly, No Plan B’s multi-part tutorial covers all of the essentials. You’ll learn to move each unit with the mouse, laying down a trail of steps. A click of the right button sets a firing bearing, permitting units to walk and aim in different directions. Pleasingly, there is a visibility indicator that shows your field of vision. That’s helpful since you’ll have no idea where opponents are positioned when first confronting a stage. 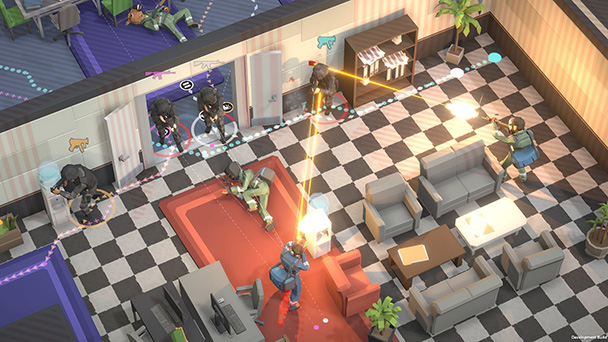 Soon, you’ll learn to place additional gunman on the game’s timeline. As such, it’s quite easy to program a routine that opens a door, tosses in a flash bang, before your party clears the space of defenders. This is accomplished through the use of a timeline, and synchronizing actions is as easy as editing a short video clip.

When you’re done with planning, you’ll hit the execute button and watch your assaulters move from room to room, performing every action with surgical precision. You have no control over them, so you’ll watch to approach each stage prudently, ‘pieing’ each corner and overwhelming adversary from different directions. Cautiousness and making the most of your team are the keys to survival in No Plan B. Details like fatigue, injury, equipment, and death carry across missions, add additional pressures to the long game. 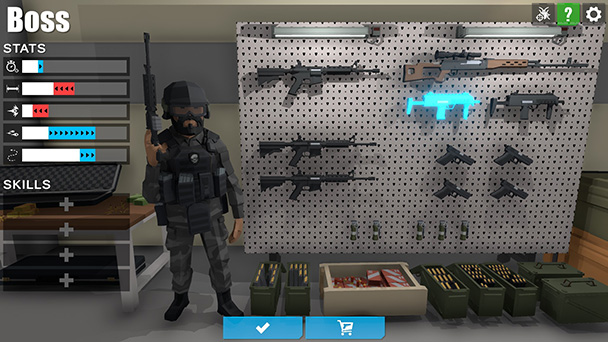 Pleasingly, it’s not just SWAT teams that perform assaults. You’ll commandeer FBI teams as well as Robbers and Gangsters across mission that have doing everything from eliminating all enemies, defusing bombs, seizing control of areas, rescuing hostages, or if you prefer to play as the bad guys, pilfering the goods. Even in an Early Access state, there’s a lot of substance, with four branching campaigns for each faction, challenge and skirmish missions, and a randomized mission generator. You can ever create and share your own assaults with the game’s built-in editor. Sure, it will take a bit of time to construct a level, but developer GFX47 lets you make a level with the same size and complexity as the build-in ones.

So, what’s the downside? As it stands, No Plan B is thoroughly polished and offers a respectable number of building-breaching missions as well as skill upgrades for faction members. But plotting the movements of your team members can be a bit cumbersome at times. I’d love to see a shortcut to order a unit to wait as a position as well as the ability to delete one assaulter’s movement orders, rather than scrapping the plan for the entire team. While there’s a cover system, a bit more indication that a unit is shielded would be useful. Fortunately, none of these transgressions are dealbreakers. But if GFX47 can lessen a few of the minor frustrations as the game moves toward a full release in late 2022, No Plan B should earn a warm response from armchair tacticians. 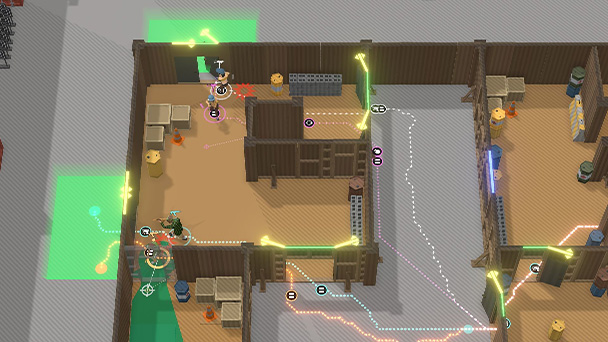 No Plan B was played with code provided by the publisher.