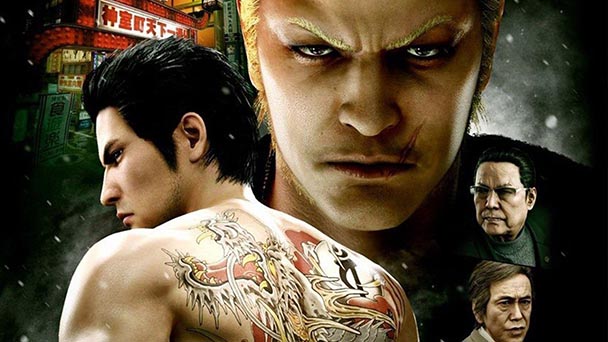 With titles like Rage 2, Sniper Elite V2 Remastered, and Yakuza Kiwami 2 arriving, it’s a strong week for new releases. But if shooting and street skirmishes are your thing, there are plenty of other remarkable games. Redout, Saints Row: The Third – The Full Package and Rock of Ages 2: Bigger & Boulder make the jump onto Switch, allowing for portable playability of titles previously only playable on console and PC. Undoubtedly, this week’s most transcendent effort is Snakeybus, an effort that melds yesteryear’s mobile hit Snake with Crazy-Taxi like speed and a third-person perspective.

Robert’s Pick: Strangely,I like first-person shooters that either embrace realism or completely eschew it.  The former is found in the remaster of Sniper Elite V2, one of the first games to really nail the rousing feeling of a precise long-range kill. While there’s still a few telltale signs of its seven-year age, there’s enough modernization and polish to ensure enjoyment persists in 2019. Rage 2, on the other hand tosses verisimilitude out like a fragmentation grenade. It looks like a wonderfully over-the-top play experience, with ridiculously powered weapons. Studio director Tim Willits’ mention of ‘game of a service’ has me a bit worried (as the phrase habitually does), but I’m optimistic they’ll be some thrills offline.

And while both Sniper Elite V2 and Rage 2 are worthy of play, neither offers the storytelling, context, or wealth of open-world amusements of the Yakuza franchise. This week, Yakuza Kiwami 2, brings the remake of 2006‘s Yakuza 2 to PC, extending another chapter in the colorful life of The Dragon of Dojima. Gaming is full of noble characters tasked with subsisting in a seedy underworld, but no one does it as well as Ryu Ga Gotoku Studio. If you haven’t played a Yazuka game, this isn’t the place to start (Yakuza 0 or Yakuza Kiwami are). If you have, expect another procession of thrills, chills, and the occasional retinal discharge. Pass me the Kleenex, will you kodomo? 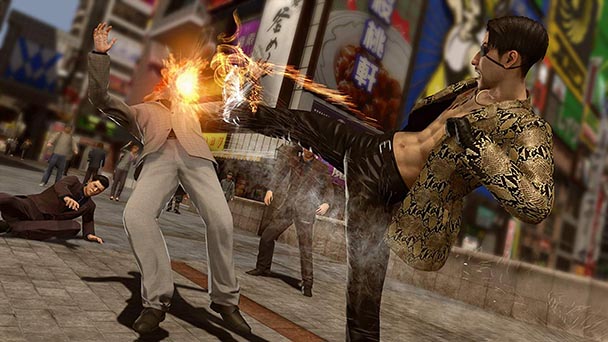 Ryan’s Pick: I’ll never pass on an ID Software game, so my pick for the week goes to Rage 2. While I was thinking of possibly going with A Plague Tale: Innocence, I am opting for a more hands-on approach towards absolute mayhem this week instead of sneaking about and using less direct means to smite enemies. While the apocalypse has certainly been covered in the past by other FPS open-world games, the fact that this wasteland is powered by Avalanche’s physics-based engine makes it pretty enticing to me.

Unscripted mishaps and hilarious moments ensue within open-world games, especially those that let you pick up and drive just about whatever you want. When I’m not driving off of cliff faces to see what happens, you’ll find me creatively liquidating enemies using alternative means. For the sequel it looks like ID Software and Avalanche have added a “Fos-ro-dah”-esque attack, which is always good for a laugh. Sending a Draugr Overlord sprawling back behind their own throne ragdoll-style really made Skyrim great for me, so I hope this mechanic will be just as fun and powerful. This alone made me want to try the game, so if you add some gigantic firearms and other forms of physics-based weapons, it should be a worthwhile experience. On a parting note, if you did not try Darkwood on PC a few years back, it too is definitely worth a go. 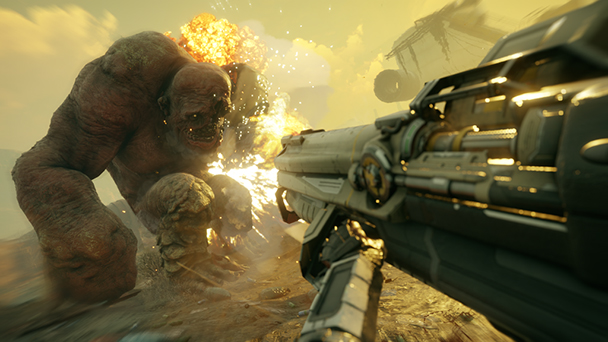 Jay’s Pick: Gee.. what a.. thrilling week we have to look forward to. I’m not going to lie, the only thing that gets me even remotely interested this week is Yakuza Kiwami 2. The reason I’m not jumping out of my skin ecstatic about it is because I played it through not so long ago; that isn’t to say that it isn’t an exciting release because it most definitely is. I got into the Yakuza series with Yakuza 0 and fell in love almost immediately. The entry that drew me in the most though, that was Yakuza Kiwami 2. It is almost the perfect game.

It’s hard to explain what Yakuza is to those unfamiliar with the franchise, it’s often miscategorised as a GTA knock-off but that’s just insulting. Yakuza is the perfect blend of addictive gameplay, strong story elements, mini-games, and sheer lunacy. I have never come across a game or series that does side-quests better than Yakuza does, they just happen to you organically as you roam the streets of Kamurocho. If you’ve never played Yakuza Kiwami 2 before, whether you’re new to the series or not, you owe it to yourself to dive in and fall in love like so many before us. 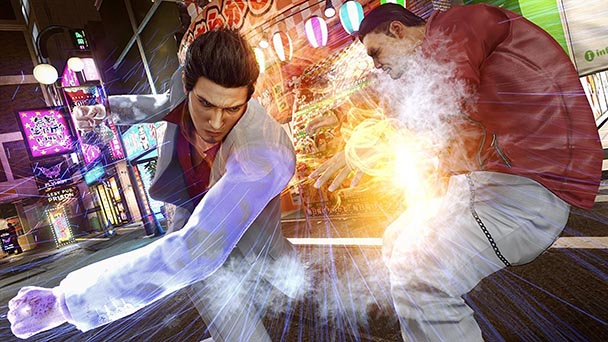 Matt’s Pick (Editor, DigitallyDownloaded): I was sold on the concept of A Plague Tale: Innocence alone, and as we’ve seen the game shape up, it has looked better and better. The Black Death was one of the most horrific things to happen to Europe… but then so was the Inquisition. Are rats our real enemies, or are humans/ religion the actual plague? Deep, huh? I do love me a good juxtaposition – if only so I can use the word “juxtaposition,” and then feel pretty smart. Seriously, though, this game does look like it asks the questions.

Above and beyond the potentially intellectual and cinematic scope of the game lies a stealth adventure in which you play as a young girl, with a very limited capacity to fight back against the threats in the world. What’s more, she’s got to protect her even younger brother… and as well all know, children and stealth don’t go together particularly well. Trying to balance those two things out should make for some very tense moments indeed.

So yes. For the first week in a long while I’ll be looking to a game free of waifu and anime for my gaming fix. C’mon Japan, pick it back up. You’ve been good this year so far. 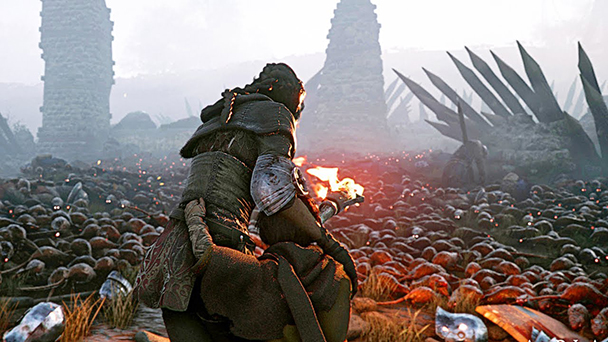