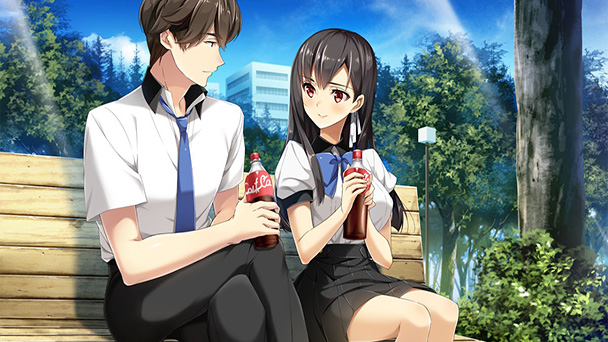 Rob’s Pick: Few role-playing franchises are as narratively ambitious as The Caligula Effect. Gratifyingly, this week’s release of The Caligula Effect 2 doubles down on the social commentary. From warning of the dangers when a world is awash in artificiality to popular culture becoming a vehicle for coercion, there’s a whole lot to ponder in Historia’s follow-up. Naturally, it can be a bit messy. Some insights are presented a bit indistinctly, while others might be a bit too on-the-nose. But I’ll gladly overlook these missteps for a game that invokes some serious contemplation. Having a cast of nattily dressed misfits never hurt, either.

After that last paragraph, discussing performance in an RPG seems downright reductive. But I’ve always insisted that games are about immersion. Anything that disrupts your attention and potentially takes you out of the storyline is troublesome. Caligula Effect 2 uses the Unreal Engine, which is a bit uncommon for the genre. But the middleware really helps the game render an assortment of lush three-dimensional locales and showdowns highlighted by a multitude of interesting visual effects. Sure, there are a few frame drops on Switch, but the game almost feels like it was built for Nintendo’s humble hybrid. One last thing: Tsukasa Masuko’s soundtrack offers a kaleidoscope of contemporary J-pop that demands play with a respectable headset. 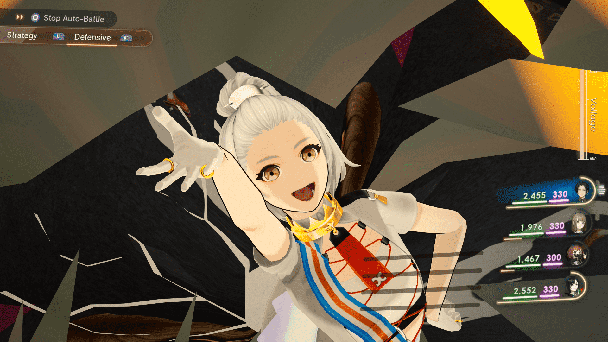 Matt R’s pick (editor, Shindig): The Caligula Effect 2 is not a sequel I ever expected to see. The first game was an ambitious, thought-provoking game that turned the most fundamental trope of JRPGs–saving the world–completely on its head, as it pondered questions about the subjectivity of “good” and “evil” from a perspective that few games do. But in a world where most people seem more interested in “polish” than substance, The Caligula Effect didn’t get close to the acclaim (and commercial success) it deserved.

And yet, here we are with a sequel. The Caligula Effect 2 takes everything that made the first game work not just to new degrees, but new perspectives. The basic idea of a group of people realising they’re living in an imaginary dream world to escape their regrets in real life, and then fighting to escape that dream world, continues here–with all the philosophical musing on the morality of creating such a world in tow. But in reframing how personal choice fits into the mix, Caligula Effect 2 takes that thread in intriguing new directions, as well as delving into questions of identity, pop culture, religion, and authority. Its sheer sense of style doesn’t hurt, either, nor does a wry, self-aware sense of humour.

This week also sees, finally, the release of The Good Life. Swery’s latest surreal adventure is a “debt repayment RPG” that sees you embedding yourself in a quaint British country town with plenty of secrets, looking for photo opportunities to pay the bills (you’re a photojournalist), helping solve a murder, and turning into a cat or dog whenever the sun sets. Classic Swery, really. 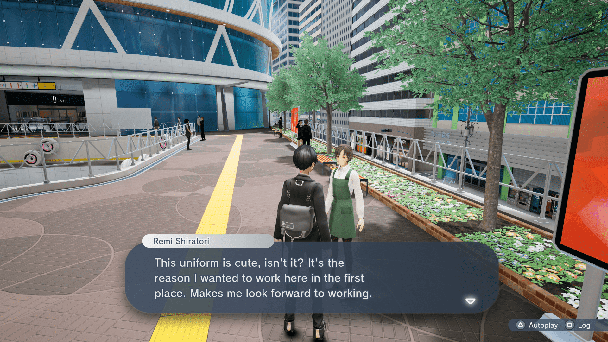 Ryan’s Pick: After spending a little over twelve hours on ZDR with Samus Aran last week, I’m prepared to hang up my Varia Suit for a spell to enjoy a bit more of a relaxing experience. It is well deserved, considering how many times I got impaled in the chest by those E.M.M.I. Throughout my many encounters with those robots I was able to get the button press timing correct once to escape that QTE sequence. Once! This week I’m going back to basics with pure bliss and will be enjoying Ninki Seiyuu: How to Make a Pop Voice Actress. The premise surely seems engaging enough, and the art style plus production value of this visual novel seems on par or if not better than most I’ve seen this year.

Granted this particular visual novel may be much more tame than some of the others we’ve seen released as of late, but if you are interested in Japanese Voice Actresses and some of the things they experience in that industry I feel like this could be a good way to get a quick view into that world. Seiyuu aside for a moment, with Halloween coming I also found Chasing Static interesting as sort of honorable mention this week. Its art style reminds me of Amnesia: The Dark Descent and the use of sound equipment as a mechanic to progress the story sounds like a pretty creepy premise. I have always been able to just play horror games without a problem, especially in the dark, so I may try this one out. 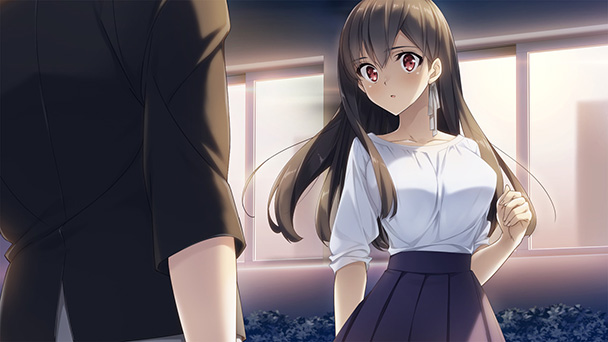 If voice acting visual novels nor horror interest you, let me also suggest you at least look at Mon Amour. From what I can gather it’s a Flappy Bird style game where you have to maneuver through the level in order to kiss and unlock new characters. The part about this game that made me laugh was the vocal jazz soundtrack, so in the least, it’s worth a quick listen for that alone.

Matt S’ pick (Editor, DigitallyDownloaded): This one is a no-brainer from me, though it has nothing to do with the other games being poor (they’re actually quite a few good ones this week), but rather it’s the strength of this one particular game: The Caligula Effect 2 is the sequel to the best game that almost no-one played. I do hope this sequel gets the fair shake it deserves.

The game is ambitious enough in terms of how it plays, with a turn-based combat system that has an interesting way of abstracting the rhythm and movement of music, but that pales in comparison to how ambitious it is in its narrative. The Caligula Effect was a thesis of a game. An essay on constructed reality, our increasing ability to replace the idea of a shared reality with our own vision, and it was a warning about what that might do to us. You don’t need to have played the original to enjoy the sequel, but for those that have, this game builds on that original perfectly and delivers an even better essay on the subject.

For a bit of variety, I’m also looking forward to trying out Dungeon Encounters. Dungeon crawling on maps that look like crosswords? It sounds strange, perhaps… but it also sounds (and looks) excellent. 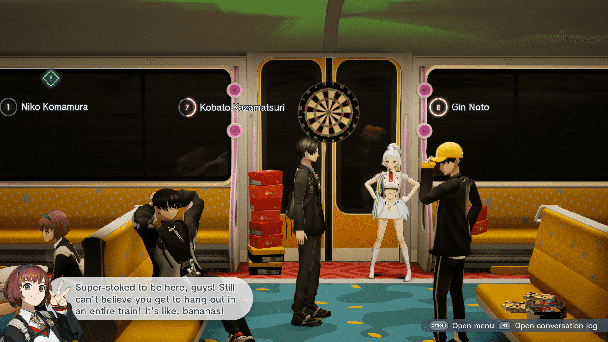