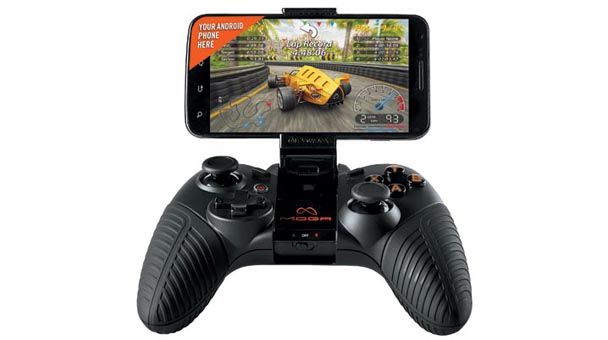 Last year, the MOGA Mobile Gaming System provided a reprieve from the woes of on-screen controls. For years, Android gamers have been forced to endure oft-infuriating virtual d-pad input. Beyond being cumbersome and inexact, the method had another fault: as players touched the surface of their smartphone or tablet, they also obscured part of the playfield. The MOGA Gaming System remedied these problems by providing a pocket-sized Bluetooth controller and accompanying clip capable of clasping a phone. Effectively, the peripheral produced an experience that converged on the type of experiences offered by dedicated gaming devices such as the Nintendo DS and Sony PSP.

However, the device wasn’t without fault. The MOGA’s companion app, Pivot, was spotty at recognizing any compatible titles that were previously purchased. Sporadically, the device would break its Bluetooth connection, forcing gamers to re-sync the peripheral, often at inopportune times. While the small size of the MOGA System allowed for portability, the device’s diminutive thumbsticks and squatty buttons were a definite downgrade from full-sized console controllers. 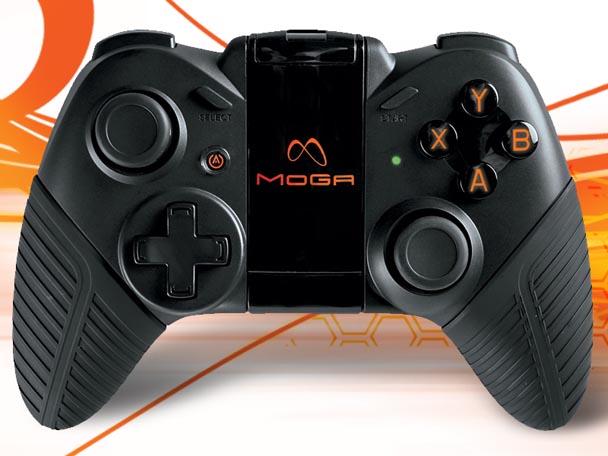 The MOGA Pro Controller corrects almost all of its brethren’s blemishes. Pleasingly, manufacturer Power A heeded consumers, making a number of changes to the Pivot program (which also effect owners of the original MOGA). Once purchasers extract the MOGA Pro from its box, they’ll find a QR code appended to the controller, linking them directly to the app on Google Play. After the 27 Mb file is downloaded, Pivot scans for MOGA-enhanced titles. Adeptly, games downloaded from alternative depositories such as Amazon Marketplace or the Gameloft Store were recognized. Still, the erratic glitch remains: our Amazon-based copy of Muffin Knight wasn’t added to the Pivot’s roster of playable titles, encouraging a repurchase from the Google Play store. Courteously, our review model came with two complimentary downloads: a not-quite arcade perfect version of Pac-Man along with a code for Gameloft’s N.O.V.A. 3.

Initiating a pairing with the device entails activating Bluetooth, choosing from an image of the original MOGA or Pro Controller, and waiting about twenty seconds. Once synced, the updated Pivot app remains linked, maintaining a connection in areas with heavy wireless contestation. Whereas the original MOGA only functioned with enabled games, the Pro comes with two options. Mode A is for games that have been especially coded for the device; naturally they perform flawlessly. The second option is for games such as Beach Buggy Blitz, which offer generic hooks for devices. In execution, B mode is functional, but can issue a bit of input lag. That said, it’s comforting to know that the device operates outside the stock library of eighty titles. 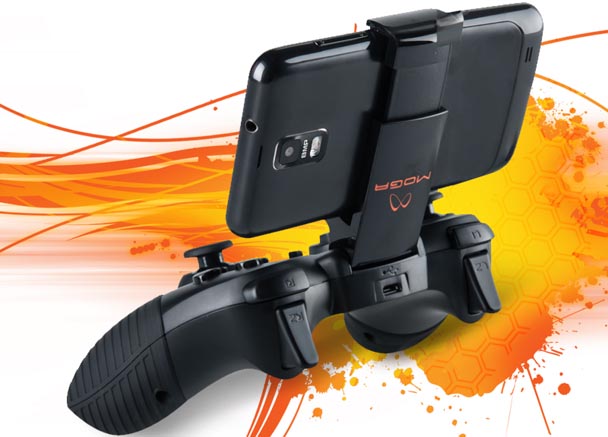 When the MOGA Pro Controller is set to Mode A, the device can truly excel. First and third-person shooters which require unwieldy multi-touch input come alive with the controller. Notably, games like N.O.V.A 3 and Dead Trigger become more enjoyable without the burden of on-screen controls. Whereas SHADOWGUN: DeadZone’s multiplayer matches were often frustrating with touch input, the Pro Controller provided a nearly unfair advantage, consistently boosting us to the top of each round’s standing. Naturally, 2D games enjoy an upgrade as well, with Sonic CD and Pac-Man controlling like their console iterations.

Credit goes to the Pro Controller design, which draws inspiration from Power A’s FUS1ON Tournament controller. Although the MOGA Pro lacks the FUS1ON’s LED-powered illumination, the form factor is near-identical, with a pair of rubber-tipped analog sticks and a well-designed directional pad. While the Pro’s top bumpers are a bit shorter and have less curve than the counterparts on a standard Xbox 360 controller, they remain functional. Satisfyingly, the Pro improves on the first MOGA’s rear buttons, providing full-sized, analog-based triggers that are ideal for resting index fingers. The device’s face buttons seem poised to satisfy almost all players, offering a contenting tactile response and short throw length. Whereas the MOGA relied on a pair of AAA batteries, the PRO contains a built-in rechargeable battery that stores power via the included USB cable. With thrice daily hour long play sessions, we used the Pro Controller for a full business week without needing a recharge, confirming Power A’s assertions of a twelve-fifteen hour battery life. 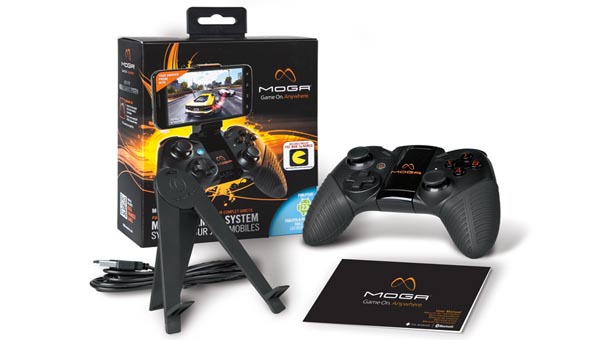 For tablet owners, the MOGA Pro ships with an easel capable of securely propping up the device. Phone owners can use the retracting clip, which expands to hold out Samsung Galaxy Note 2 without strain. Rubberized strips at the top and bottom of the clamp not only prevent smartphones from sliding out, but also prevent any marring of a phone’s edges. Our only criticism is that the fold out fastener features two viewing angles, a forty-five degree slant and one that’s perpendicular to the controller. Ideally, Power A would ditch the later position for one that’s more functional.

While the MOGA Pro Controller appears to outclass its peers and predecessor, the product isn’t unthreatened. At E3, Power A showed a prototype that augmented the Pro with an 1800 mAh capacity battery, demonstrating the ability to charge your phone during play. For those who obsess about keeping a full power bar, this new model is a brilliant advancement. For gamers who want to elevate their Android-based games sessions now, the MOGA Pro Controller is the best solution currently on the market. 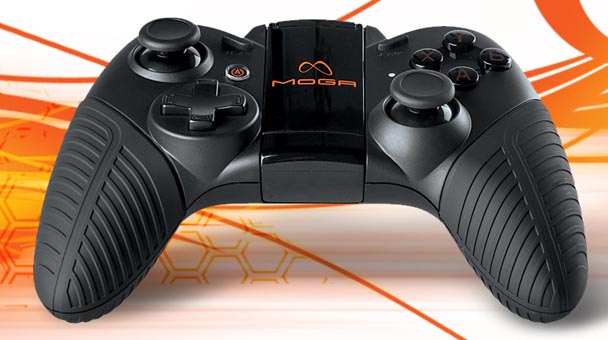 MOGA Pro Controller Review
Last year, the MOGA Mobile Gaming System provided a reprieve from the woes of on-screen controls. For years, Android gamers have been forced to endure oft-infuriating virtual d-pad input. Beyond being cumbersome and inexact, the method had another fault: as players touched the surface of their smartphone or tablet, they also obscured part of the playfield. The MOGA Gaming System remedied these problems by providing a pocket-sized Bluetooth controller and accompanying clip capable of clasping a phone. Effectively, the peripheral produced an experience that converged on the type of experiences offered by dedicated gaming devices such as the Nintendo DS&hellip;

Summary : With enhanced ergonomics and an improved companion app, the MOGA Pro Controller is an ideal solution for players who want console-caliber controls for their Android games.

Previous: Dungeons & Dragons: Chronicles of Mystara Review
Next: New Releases for the Week of June 21st-27th, 2013