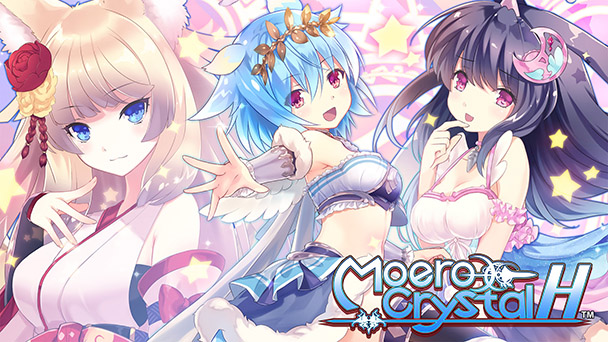 Is It Wrong to Try to Recruit Monster Girls in a Dungeon? The answer is a resounding, “No!” if you appreciate a few lascivious laughs in your labyrinths. 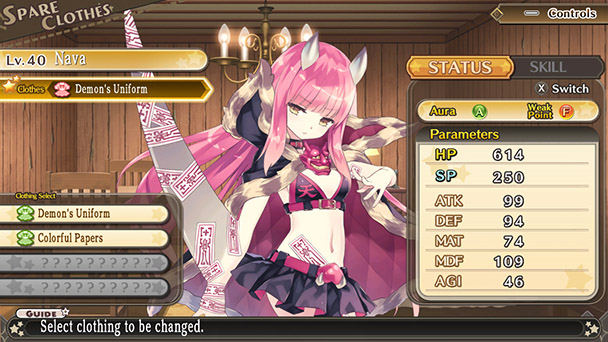 Although the majority of Compile Heart’s franchises are obvious candidates for stateside localization, the Genkai Tokki series hasn’t been as fortunate. When the inaugural entry, a card-battler for the Vita named Monster Monpiece arrived for the Vita in 2014, several of the game’s cards was toned down before the stateside release. But no amount of editing could salvage successive entries. Moe Chronicle would arrive years later via PC and Switch ports. But that title, as well as Moero Crystal and Genkai Tokki: Seven Pirates presumably couldn’t pass Sony’s increasingly stringent guidelines on sexualized content.

So, what’s a perfectly good dungeon-crawler teeming with impish jokes to do? With eastasiasoft’s publishing of Moero Crystal H, the answer is appearing on a less-regulated ecosystem. While Sony only permits sexuality with near-photorealistic characters, Nintendo had adopted a more prudent, hand-off approach. And while Crystal isn’t transgressive enough to inspire online protest, it’s polished enough to recommend to anyone who embraces the genre. Also know what an appreciation for an unrelenting stream of sex jokes is a prerequisite. 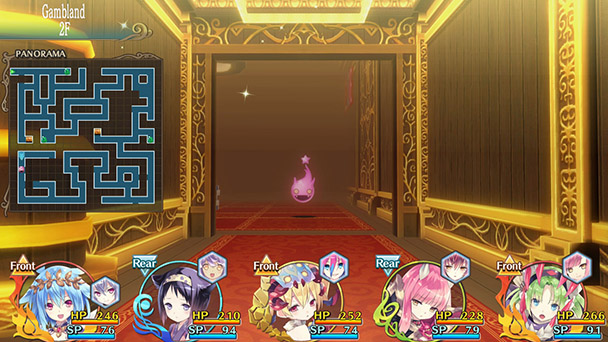 Could Crystal Have Too many Facets?

So, if the idea of a mini-game with phallic shaped ships or combos that reward players with sanitized images of the “Shijūhatte” (loosely translated as the “48 hands” or the Japanese Kama Sutra) doesn’t do anything for you, you’ll want to promptly head for the dungeon exit. Strip away the impishness, and Moero Crystal H is little more than a competent crawl with a superfluity of mechanics.

But if you are here for the sophomoric jokes and skimpy outfits, Crystal shines radiantly. Pleasingly, many of the game’s complexities can be overlooked. Opt to play on the game’s easiest difficulty setting, and many systems can be disregarded, so you won’t have to worry about nuances like elemental advantages when fighting foes. Traditional equipment management receives a spirited skewered. Poking fun at the notion of scantily-clad characters receive armor bonuses, bras can provide skill bonuses while panties add to your basic stats. Or you can just say forgo prudence and go for what’s aesthetically pleasing on all but the game’s high challenge setting.

Yet Another Reason to Wash Those Hands

As this is a Genkai Tokki entry, you’ll be tapping and rubbing your Switch’s touchscreen. Although you can play the game in docked mode, cursor moment is too sluggish during these timed challenges. Initially, the game’s collection of eighty+ recruitable monster girls are corrupted, requiring turn-based combat to help remove those restrictive clothes. After that, you’ll enter the game’s signature mini-game where you can tap away to help induce a return to normalcy. Yes, it’s exceedingly simplistic and would be absolutely embarrassing to play in public, but success places the monster girl in your roster.

Once the monster girls are a part of your party, you’re free to interact with them back at the town inn. Here, you can expect the typical game courtship behaviors of polite conversation and gifting, as probing into their deep recesses (hearts, silly!) to explore single-stage dungeons. I particularly like the metaphor of dungeons as places where innermost feelings are kept, even if Crystal feels like pevvy Pokémon in many other aspects. 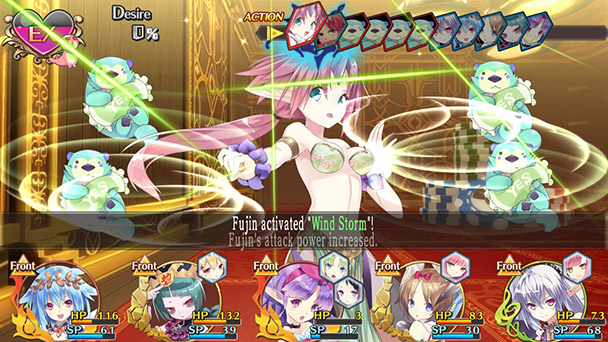 Let Those Monster Girls Do the Mangling

That said, Moero Crystal isn’t unmitigated male power fantasy. Sure, the game’s combat system is about storing energy for as long as possible (or face an embarrassing premature explosion, complete with a refractory period). Command names like “store”, “release”, and “insert” make the allegory exceedingly clear. But protagonist Zenox doesn’t get to scrap. Instead you’ll rely on the monster girls to dish out the damage though melee attacks or skill sets. As such, you’ll probably develop an affinity for your heavy hitters. 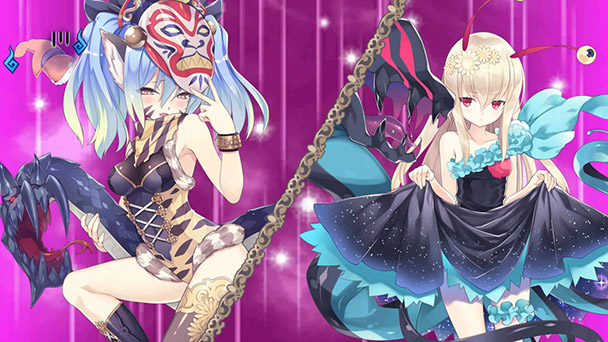 But you’ll have to be willing to forgo any sense of normality. It’s all too easy to imagine the Compile Heart staff brainstorming plot points and mechanics during a night of spirited drinking. Although being part of that process would have been majestic, venturing through the team’s creation is quite delighting. The sole issue is that Crystal doesn’t distinguish itself from its predecessor. If you played Chronicle, expect to witness some recycling.

Performance-wise, Crystal is notably adept. Often, Compile Heart’s Switch ports exhibits technical blemishes. But here, the game’s framerate is persistently solid while load times between Live2D animated conversations and dungeon crawls are surprisingly brief. Sonically, the game’s Japanese voice acting is adept, although you’ll probably want to play with headphones if you don’t want others to hear incessant moaning. While there are a few spots where the game’s localization might have been enriched, generally it’s an improvement over Chronicle’s translation. 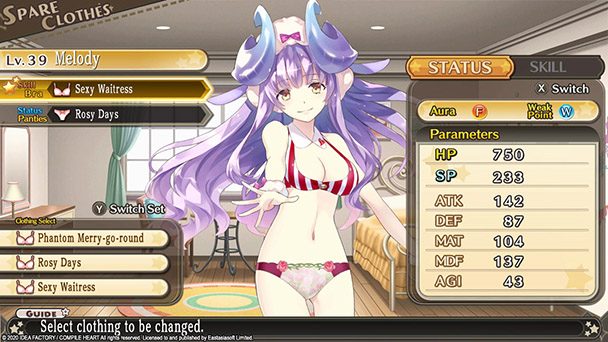 As a dungeon crawl, Moero Crystal H is largely adequate, with agreeable exploration across stages without few gimmicks. Instead, is the game’s lascivious tone that provides distinction. Most of the time, there’s either a joke about sex or some form of sexuality to be found on screen. The presence of condom golems might not be revolutionary but do provide the kind of humorous escapism that many of us might need in 2020.

Moero Crystal H was played on Switch
with review code provided by the publisher.

Moero Crystal H review
Is It Wrong to Try to Recruit Monster Girls in a Dungeon? The answer is a resounding, &ldquo;No!&rdquo; if you appreciate a few lascivious laughs in your labyrinths.&nbsp; Although the majority of Compile Heart's franchises are obvious candidates for stateside localization, the Genkai Tokki series hasn&rsquo;t been as fortunate. When the inaugural entry, a card-battler for the Vita named Monster Monpiece arrived for the Vita in 2014,&hellip;

Summary : With certain sections of the industry having a puritanical approach to gaming, Moero Crystal H’s concept of a sex comedy inside a dungeon feels a bit progressive.