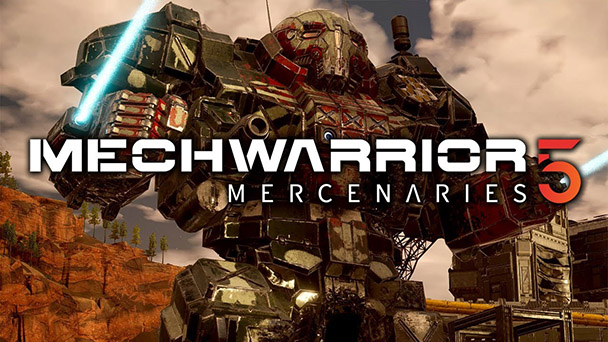 There are a scant number of mech simulations on the market and even fewer that get the essentials right. MechWarrior 5: Mercenaries has a few blemishes, but collectively they’re not bothersome enough to dilute the impact of piloting a massive, walking war machine. 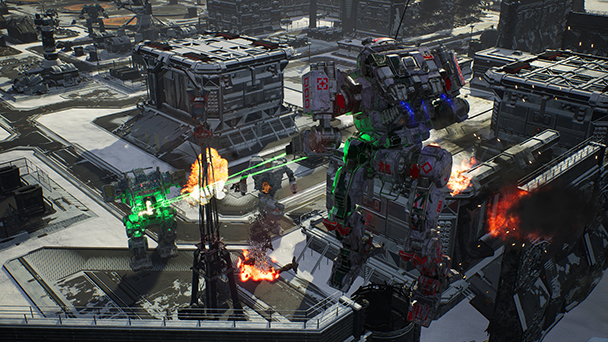 When one of your most beloved toys was a giant plastic robot with spring-loaded miniature missiles that flew from its fist, piloting a mech becomes a persistent daydream. While I also had a tumultuous relationship with my father, unlike Neon Genesis Evangelion’s Shinji Ikari, I was fixated on the idea of enclosing myself in a steel-plated bipedal machine, going weapons free, and unleashing white-hot hellfire at my enemies.

While games like 2002’s MechAssult or 2016’s Titanfall 2 have delivered some of the elation of controlling a hulking piece of mechanized hardware, they lacked the indispensable sense of tactical involvedness. Save for playing Steel Battalion with its custom Mega-Jockey-9000 controller (an experience that cost $200 in 2002, and is at least $500 today), sophisticated mech simulations are still surprisingly rare. One exception has been the MechWarrior series, a set of games set in the BattleTech universe. 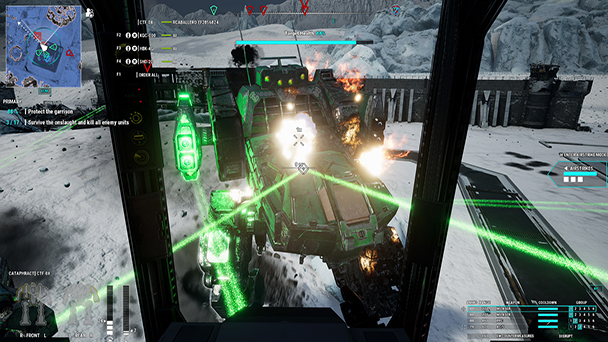 Life as a Plucky, Underfinanced Pilot

Before the release of MechWarrior 5: Mercenaries the last mainline franchise entry was 2000’s MechWarrior 4: Vengeance. While an undoubtedly solid effort for its time, two decades worth of hardware advancements invite a more modernized mech experience. Tackle the game’s optional tutorial and you’ll find a simulation that still presents accessibility.  Yes, independent control of your mech’s torso and legs can bit a bit unwieldly at first. But spent time with the mouse-and-keyboard or controller-based input scheme and you’ll eventually tame that 50-ton bronco.

Nuance isn’t just rooted in ambulatory movement. You’ll also have to worry about ammo supplies, heat, destroyed appendages, and having enough cash to keep your fleet operational. The latter component is undoubtedly Mercenaries’ best attribute. Instead of playing as a pilot working for a well-financed mega-corporation, you begin the game as part of a three-person outfit with two mechs. And the brawnier hardware is tragically non-operational. 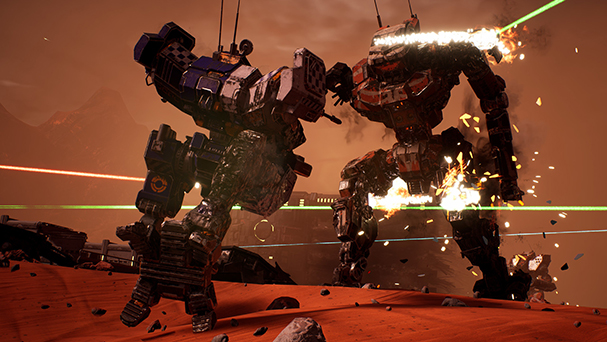 A Managerial Role That Forces Some Tough Decisions

As such, you’ll be forced to utilize weaker mechs with cheaper weapons systems as you begin tackling contracts and building a small bankroll. This undertaking feels suitably distressing at times, forcing defensive strategies during missions where you’re habitually outgunned. Adding insult, every bit of damage you incur in conflict zones costs additional money, since parts have to shipped out. As such, you’re forced to raid unscrupulous based for equipment and occasionally travel to industrial zones for repairs that aren’t excessively priced. There are plenty of game’s that depict the ascent of an underdog, but Mercenaries’ financial hardships are especially relevant.

Compassionately, the sense of desperation doesn’t linger too long and you’re eventually earn assault-class hardware.  Make some savvy business decisions and negotiate all you can out of every contract, and Mercenaries’ open-ended campaign won’t feel as oppressive. But playing it too cutthroat can tarnish your reputation. As such, it’s near impossible to be a consummate diplomat. Mercenaries’ systems goad you into establishing allies and showing little mercy for your rivals. While the storytelling is it bit cliched, there’s a gratifying plotline of multi-generational redemption that’s more ambitious that most of the genre. 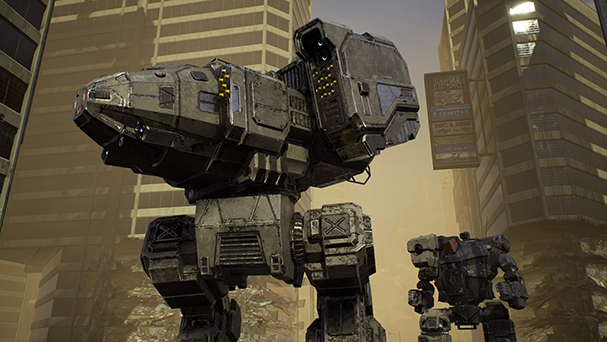 What’s a Mech without the Munitions?

The hardships of capitalism would matter little if Mercenaries’ play wasn’t engaging. Fortunately, it’s mostly solid. There’s a pleasing range of mechs, from nimble, jump-jet powered ones to massive massifs of mounted ordnance. Weaponry is sufficiently punchy, with searing lasers that can turn defensive vehicles into wrecked infernos and lock-on that send missiles locking onto to targets before striking with technological precision. Collateral damage is a large part of the show, whether you’re tromping over tanks, shouldering buildings, or cleaving through an entire forest as your lasers track a foe.

While it’s amusing to watch allies bumble around and accidently crumble large buildings, the game’s AI isn’t the strongest. Too often, you’ll see confederates clumsily circle around adjacent foes, with not enough distance to launch one of their remaining missiles. Plus, commands are often treated as suggestions leading to some vexations. While realistic, it’s possible to get your own mech stuck on a building, which can be frustrating as you watch your core and arms take punishing fire. 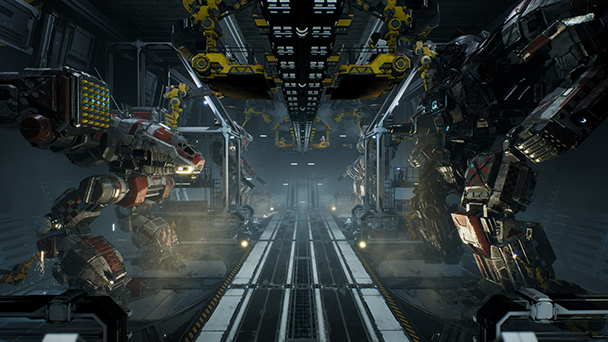 On the upside there are plenty of locales for mechanized showdowns. From narrow caverns that funnel out into bases, rocky moon-like zones pockmarked by power generators and dense forests that can obscure the outline of a giant robot, there’s a nice sense of variety. Missions demonstrates a pleasing assortment of objects as well. Some of the best of these are raids, where you’re tasked with destroying or stealing equipment. The lure of taking out some pursuing enemies is always present, and it’s all too easy to get overwhelmed by reinforcements.

MechWarrior 5’s campaign entrusted players with overseeing the operations of their father’s organization. With Heroes of the Inner Sphere, a $19.99 downloadable expansion, who get to the opportunity to start your own battlemech company, building it from the ground up. As the moniker, implies, your base of operation will be in the Inner Sphere, a region of interstellar space that about 500 light years from Earth.

Most noteworthy is the addition of seven new mechs: Champion, Charger, Corsair, Dervish, Hatamoto-Chi, Marauder II, and Vulcan. Undoubtedly, the Hamamoto-Chi is poised to win over fans. With a head shaped like kabuto (samurai helmet), it stands out from the other Western-style war machines. There’s also new equipment and weapons to use, from superchargers to powerful chemical lasers. Unfortunately, the former can only be equipped on certain mechs. I especially enjoyed the changes made to radar, which no longer are limited to cone-shaped perspectives. While infantry are still missing (they are promised in an upcoming mod), Piranha Games should be commended for allowing others to enjoy the additions in multiplayer as long as the host has purchased the expansion. 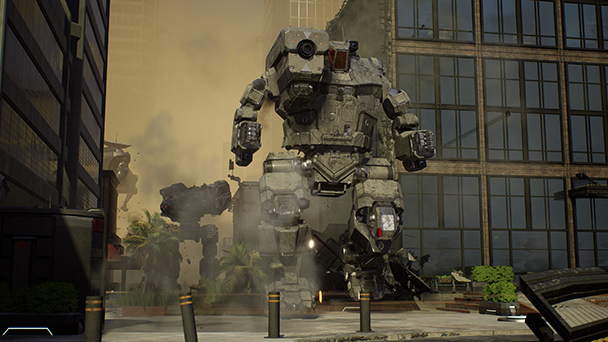 Whether you play the base game or the expansion, one of the biggest thrills in MechWarrior 5 comes from successfully running your small outfit. Sure, battlefields can be harrowing, but so in bankruptcy. Knowing that every bit of offensive might will dent your bank account makes combat especially intense. That’s not to say that warfare isn’t fun. Whether or not you opt for the expansion, Mercenaries is sophisticated and presents just enough tactical options to provide longevity. It’s a shame the AI isn’t as strategic, though.

MechWarrior 5: Mercenaries review
There are a scant number of mech simulations on the market and even fewer that get the essentials right. MechWarrior 5: Mercenaries has a few blemishes, but collectively they&rsquo;re not bothersome enough to dilute the impact of piloting a massive, walking war machine. When one of your most beloved toys was a giant plastic robot with&hellip;

Summary : Whether you opt to tackle campaign missions alone or get up to three partners for some online co-op sessions, MechWarrior 5: Mercenaries provides the kind of hardware, destruction, and weaponry than mech fans are looking for.