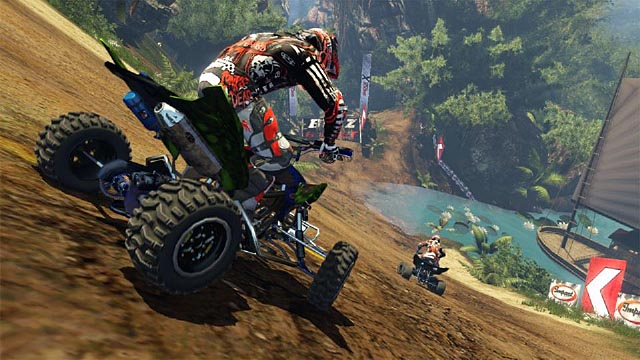 What is the concept? With a retina-searing sense of speed and an incessant succession of death defying jumps, 2010’s Nail’d brought gamers back to an era when racing titles offered doses of big, dumb fun for a token or two. Like cherished coin-op titles such as Hydro Thunder or SEGA Rally Championship, Techland’s game dispensed its own set of madcap physics, permitting players to perform wonderfully implausible feats as they hurtled toward the finish line. With the release of Mad Racers for the Xbox 360 and PlayStation 3, the Ostrów Wielkopolski-based studio manages to escalate the thrill factor while plunging the price of admission- a feat nearly as adventurous as any of the game’s breakneck races.

One of the most engaging elements of many arcade racers is the persistent sensation of being on the threshold of disaster. With Mad Racers, players careen riotously through almost every curve and each jump threatens to end in a manic wipeout capable of killing the most resilient stunt man. Initially, races can feel like being dragged downstream by a manic river as players’ rocket around unruly bends and jump over huge landmasses. Within an hour gamers will master being able to steer the trajectory of their ATV while in the air and will be accelerating the speed of the game even further by earning boost for power sliding, stunting, dropping on targets or picking up strategically placed red icons strewn around each track. 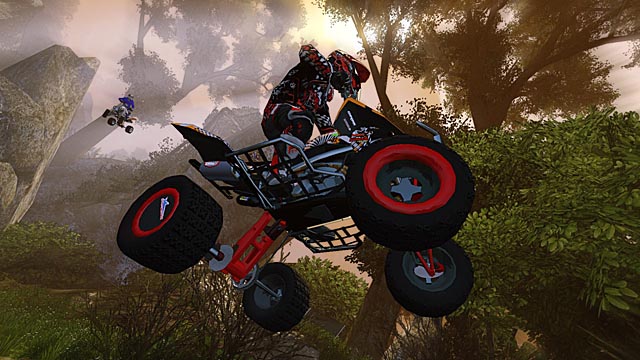 What are the game’s strengths? Whereas Nail’d felt a bit bare without the ability to perform stunts, Mad Racers’ integration of tricking is to be commended. Although pulling off a combo of aerobatic maneuvers doesn’t feel as agile as comparable extreme sports titles, opportunities present an intriguing risk-reward gamble. While completing a double-flip has the capacity to cap your boost meter, there’s always the chance of landing the trick on your head- resulting in a quick result and loss of racing position. Smartly, Mad Racers’ difficulty is tuned to consistently encourage stunting, even rewarding failed podium attempts with experience points.

Yet, the game’s remarkable attribute is the amount of content that’s packed into the 1.38 GB download. With eight tiers of competitions each hosting five different tracks, Mad Racer’s collection of competitive venues helps offset the tide of tedium. Admittedly, the title’s tracks are comprised of building block elements- yet, the end result rarely reveals its stitching. Complementing this selections of courses are five different play modes, ranging from stunt races to point-to-point based matches. Mad Racers’ online multiplayer component is slickly integrated, with players tapping the directional pad on any track to jump into a matchmaking session. With up to twelve competitors racing across a relatively lag-free setting, the game’s fluid sense of speed is preserved. 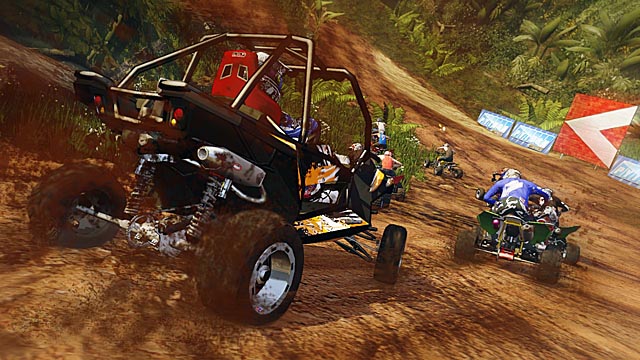 What are the game’s weaknesses? Although the title’s wild leaps are invigorating, landing jumps and collisions with Mad Racers’ environments can be inconsistent. Occasionally, a head on crash with a rock wall with rebound the player, while the mere touch of a corridor wall or obstacle will result in a crash. Although the gathering of certain collectables can open shortcuts and tracks sporadically offers multiple pathways, spontaneity is sullied when players have to memorize what obstacles are to be avoided.

Although the title’s flora-filled landscapes are well-textured and varied, using boost imitates a disorienting blur effect. When combined with the game’s reckless pace and high number of tracks, players can be thrown off by this visual filter. Ideally, Techland would have offered a way to turn the effect off. 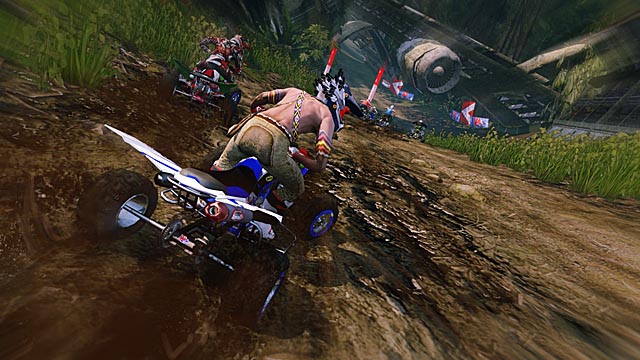 Is it worth the money? Like the best entries in the racing genre, Mad Riders is capable of cultivating controller-clenching anxiety. Whether players are trying to earn boost by landing on a ground based target or executing aerial spins while soaring through the air, the title’s racers are tirelessly engaging. Couple that intensity with a selection of tracks which puts most full-priced games to shame, along with a ten dollar price, and Mad Riders is stands as one of the reigning DLC racers.