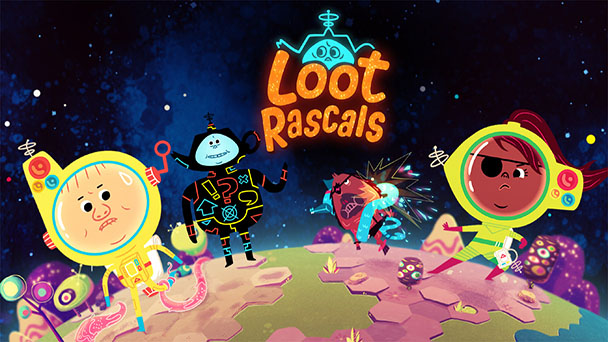 For most games, I’m completely content with enjoying the final product, with only a negligible concern for the design process. But that’s not the case with Loot Rascals, the recently released PC title that melds Rogue-like exploration with the gratification of TCG-styled deck building. Ideally, I’d be a fly on the wall during the brainstorming sessions where Hohokum developer Ricky Haggett and former Adventure Time artist David Ferguson teamed up to craft a delightfully offbeat experience that can be enjoyed across pint-sized play periods.

Most likely, spying on the meetings would expose the epiphanies that resulted in some truly interesting risk-reward mechanics. Arguably, the most interesting tension arrives after defeat, when an adversary pilfers one of your prized loot cards. That foe is turned into an Elite, and if another Loot Rascal player can vanquish that elevated enemy they get to keep your hard-earned card. That is unless you’re feeling altruistic, in which case you can do the right thing and return the item to its rightful owner. Yes, perhaps Loot Rascals might be gathering data for a modern take on one of Stanley Milgram’s social psychology experiments. And if that’s actually the case, I hope the team at Hollow Ponds shares their data, because I’m doing my part to make us look like jerks. 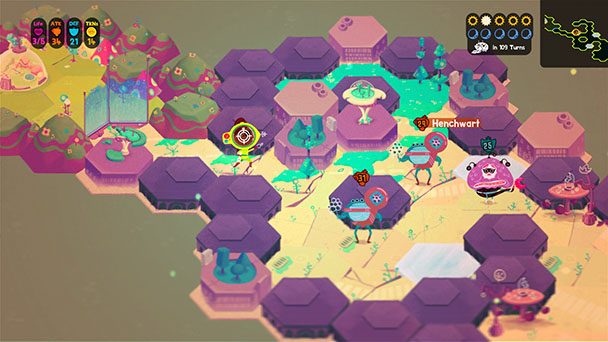 Other design decisions help to keep the turn-based title moving a brisk pace, while still offering enough strategic nuances. Heed Loot Rascals’ advice to play through the tutorial and you’ll discover that gameplay favors the intuitive. Moving bubble headed protagonist, Big Barry, across the vibrant hexagonal landscape is efficient. Control isn’t quite as straightforward when using a combination of mouse and keyboard, requiring the simultaneous press of two keys for diagonal movement. But either way, a playthrough is succinct, with most sessions able to be completed in a lunch-hour, if not a coffee break.

What helps maintain the game’s sense of moment is the efficiency of combat. When Barry moves into a hex shared by an opponent, battle is spontaneously triggered. When it takes more than one turn to determines the outcome of the dispute, the trade of blows is all handled automatically, as Rascals speeds through the event similar to fast-forwarding through a JRPG-battle. Largely, the intricate dance of mathematics is camouflaged from gamers, with just life, attack, and defense stats to worry over. 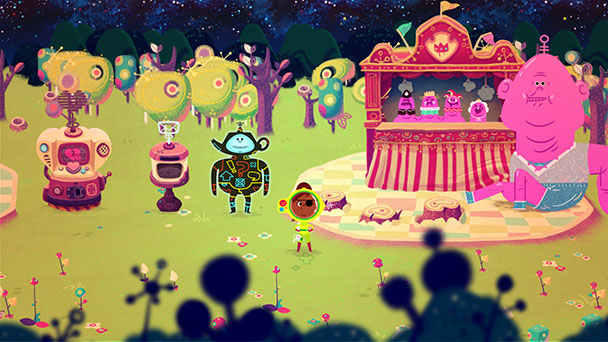 These variables are calculated through the Loot Card system, where two rows of five cards, plus a six-spot inventory represent your carried resources. Defeated enemies drop these articles, which come in both offensive and defensive types, with some cards able to transform between forms. Beyond a visual representation and numerical indicator of power, many cards offer bonuses based on placement. With rules like additional points for being in odd or even-number columns, or giving an addition to the card on the right, success hinges on the prudent placement of your inventory. Smartly, the system balances intricacy without ever inching into overcomplication, extending the impression that you might just be able to scrap your way to the stage teleporter.

Of course, in execution, things are much harder. For one, each turn advances the game’s day/night cycle, with different monsters growing stronger and gaining initiative depending on the period. While roaming around levels and tackling a succession of ever-stronger adversaries might be a tactic, don’t linger too long or the reaper will come looking for the spaceman. 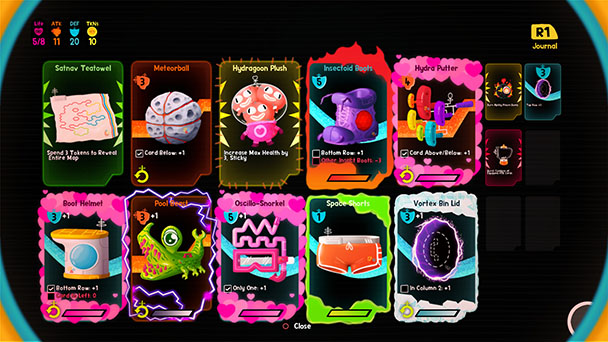 Not that death incarnate is always needed. Like many games that rely on a random number generator, some runs of Loot Rascals will hurl a tidal wave at hurt at players. Expect to be find yourself sandwiched between two high-level opponents sometimes and receive a bounty of middling Boot Helmets the next.  But essentially, that’s the cold, harsh lesson gleaned from the modern Rogue-like: you have to survive with what life gives you. While it’s intermittently rotten fruit, those times you can follow the adage and make lemonade is inherently invigorating.

Some of the other ideas integrated into the game also diminish the sting of preordained defeat. Being able to put some of cherished cards into an end-of level shuttle and use them in a subsequent playthrough shirks the grinding often associated with permanent progression. Being able to play with random seed generation ensures players can experiment with different approaches and observe the outcome, thereby improving tactics. And if there’s a deck that players have developed an affinity for, they can always use it in a practice game that offers everything but a final confrontation. 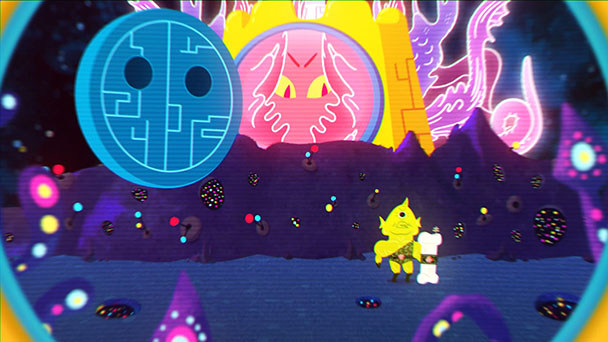 Visually, Loot Rascals is district. The aesthetic that recalls John Kricfalusi’s (The Ren & Stimpy Show) blend of whimsy with the unsightly, with a milieu where frightened rat-creatures known as Whiskas and horses wearing seahorse floaties intermingle. Although the two-dimensional characters constrained animations channel a paper-art vibe, Rascals extends a few indulging graphic techniques, like a mild depth-of-field effect or the incorporation of fuzzy, flying bugs on the periphery of each stage. Sonically, each character extends an idiosyncratic sound-bite while the game’s looping melodies offer a bit of comfort to the barrage of antagonism.

For players who haven’t exhausted their enthusiasm for the turn-based Rogue-like, Loot Rascals is a commendable effort. Like many of its contemporaries, the title is unabashedly difficult, requiring strategizing as players delve into the depths of each subsequent stage. But it’s also unlike its peers, offering an intriguing card-based stat system that offers a much needed reprieve from potion-quaffing and an endless string of sword variations.

Loot Rascals was played on PC with review code provided by the publisher.

Loot Rascals
Platform: PC
Developer: Hollow Ponds
Publisher: Hollow Ponds
Release date: March 7th, 2017
Price: $14.99 via Steam
Loot Rascals review
For most games, I&rsquo;m completely content with enjoying the final product, with only a negligible concern for the design process. But that&rsquo;s not the case with Loot Rascals, the recently released PC title that melds Rogue-like exploration with the gratification of TCG-styled deck building. Ideally, I&rsquo;d be a fly on the wall during the brainstorming sessions where Hohokum developer Ricky Haggett and former Adventure Time artist David Ferguson teamed up to craft a delightfully offbeat experience that can be enjoyed across pint-sized play periods. Most likely, spying on the meetings would expose the epiphanies that resulted in some truly interesting&hellip;