Liz and the Blue Bird review 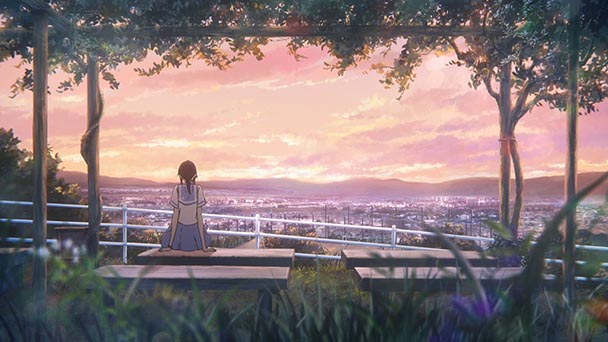 Visual media habitually employs a big, broad approach when depicting relationships. All too often, social bonds are represented in a simplistic manner that reduces the nuances of communication into caricature. We’re probably so accustomed to these methods that a viewing of Liz and the Blue Bird can be challenging. But for an introspective viewer, this ninety-minute animated film can be one of the most poignant features of the year, offering an insightful meditation into the complex dialectics of our interactions and lives.

For those unsuspecting of the contemplative qualities of the film, a ten-minute, largely dialog-free, opening sequence might move at a laborious pace. It’s here that we first meet Mizore Yoroizuka, a noticeably restless girl waiting at the entrance of Kitauji High School. When her friend Nozomi Kasaki approaches the front gate, Mizore’s unease immediately subsides. Soon, we discover the bond between the two seniors is convincingly asymmetrical. As they head to band practice together, the outgoing Nozomi obviously appreciates Mizore’s friendship but is also cordial with other members of the afterschool club. But Mizore is far more reserved, indifferent towards the recreational invitations of her peers, and exhibis signs of emotional dependence. When they’re together, there’s an ease in Mizore’s actions and conversation. And it’s evident she feels incomplete when they are apart. 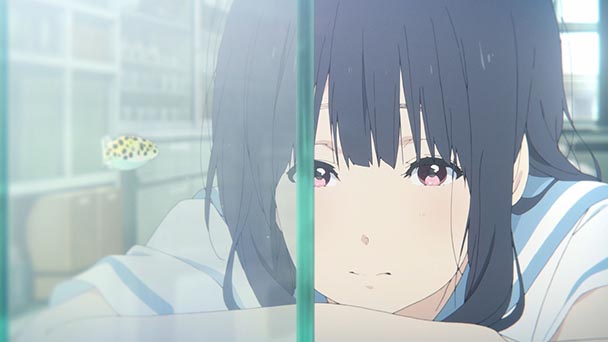 The film depicts several parallels to the relationship. With the girls playing the oboe and flute, harmony is needed for the pair to play a challenging piece from a musical adaptation of Liz und ein Blauer Vogel. Whenever they practice the song together their rapport is palpable, with any hint of dissonance manifesting in the music. Liz also incorporates mise en abyme, intermittently imparting pieces of the fairy tale, as the main characters consult the source material for their upcoming concert.

The story within a story tells of a hardworking girl named Liz, who spend the rare moments of leisure time befriending animals. One day, a girl adorned in blue appears and the two quickly become inseparable. But her azure adornment signals that she’s no ordinary young women, but a beautiful bluebird that has adopted human form. Thus, Liz is faced with thorny dilemma. She can selfishly continue to spend time with her, distracting her from her avian potential. Or, she can let her go, permitting her friend to reach her latent potential. Adeptly, director Naoko Yamada (K-On!, A Silent Voice) and writer Reiko Yoshida (Genshiken, Our Home’s Fox Deity) don’t settle for simple comparison. At different points in the story, both Mizore and Nozomi identify with Liz, demonstrating the mutability of relations. 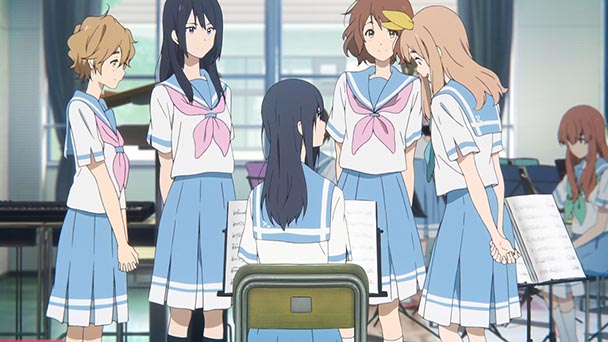 The dazzling intricacy of social bonds becomes Liz and the Blue Bird’s thesis. As one girl expresses sentiment, the other reacts realistically, exhibiting an elaborate symphony of sentiment and response. Typically, films depict a few snapshots of a relationship. But Liz exposes elusive details, as we witness the ebb and flow of each girls’ co-involvement. As such, when the faintest of indicators is displayed, such as a greeting that’s missing an iota of enthusiasm, the snub will register in the depths of your abdomen. While the film doesn’t work the tear ducts like A Silent Voice, there’s moments that you’ll marvel at the beauty and fragility on display.

Liz and the Blue Bird’s taut focus means that the film rarely ventures outside of Kitauji High or even offers more that cursory glimpses inside the heads of other students. Given that the setting, main, and secondary characters were featured in Sound! Euphonium, its reasonable for fans of that series to expect a similar tonality and storytelling style. But, Liz’s shift from the type of ensemble dramedy is skillful, offering a far more intimate perspective that an episodic format would permit. As such, a significant portion of the running time will likely be spend acclimating to the deep introspection of character that occurs here. The payoff is undoubtedly worth it and will likely resonate for hours. 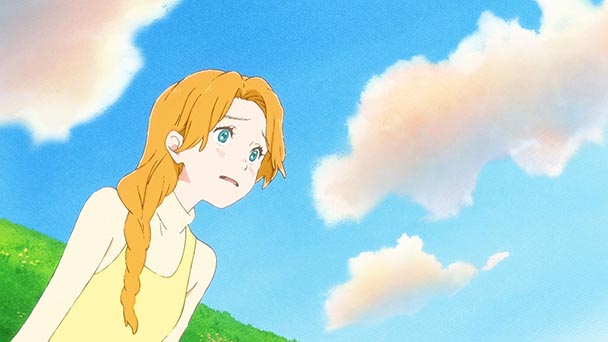 Astutely, Yamada and the team at Kyoto Animation don’t concentrate on the dialog of between Mizore and Nozomi. While the two are incredibly close, they still guard their vulnerabilities in a realistic fashion. In place of ostentatious dialog to convey feelings, the director uses close-ups to articulate their thoughts. From Mizore’s gaze at Nozomi ponytail, which shimmies with a spirited swagger, to the closeup of an uneasy foot positioning, we’re directed at the details that reveal internal states. Pleasingly, it’s all beautiful drawn, with designer Futoshi Nishiya employing threadlike lines and the sundrenched colors of a season in transition. When we visit Liz’s world, the palette grows brighter and the aesthetics become more European, offering a bit of visual variety to the proceedings. The film’s soundtrack is just as triumphant, with instrumentation and musical choice entwined with each character’s emotional state.

Liz and the Blue Bird is a rather unconventional film. On the surface, there are only a scattering of events which occur during the duration of the film. Instead, the emphasis is on the internal states of the two leads, extending an elaborate rumination on human interaction. There are probably on a handful of films able to examine the phenomenon with as much poise and grace as Liz and the Blue Bird. Missing it might be as tragic as forcing the bluebird to be confined to its quarters. 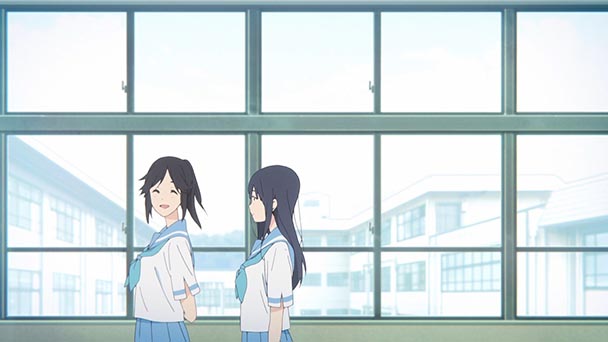 Liz and the Blue Bird’s U.S. theatrical release is on
November 9th, 2018. Tickets can be purchased here.

2018-11-06
Robert Allen
Previous: Taiko no Tatsujin Drum Session! review
Next: Enter for a Chance to Win “The Meg” on Digital!