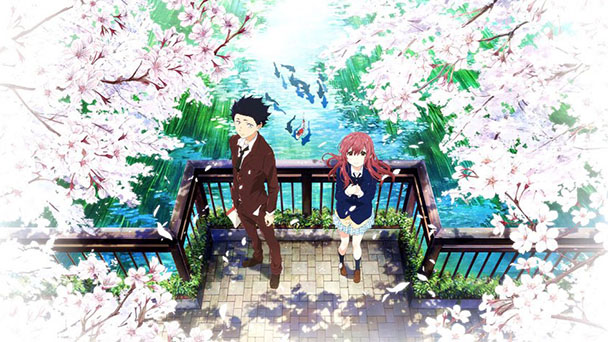 In the hands of most creatives, a film that explores bullying, disability, and social isolation could become nauseatingly preachy. But with a script penned by K-On!!’s Reiko Yoshida and direction provided by Naoko Yamada, A Silent Voice (Koe no Katachi) is skillfully nuanced, resisting the exaggerated emotional manipulation that often accompanies depictions of human impairment. While the 129-minute running time might test the patience of younger audiences, it’s the type of film that parents will want to experience with their children. Like any moving piece of art, it’s an ideal catalyst for conversation after viewing.

The film opens in the present, with Shōya Ishida perched on a bridge railing, contemplating suicide by leaping into the river below. A flashback provided cause for the context, as Ishida reflects on his experiences in sixth grade. Here, an arriving student named Shōko Nishimiya introduces herself to the rest of class. But instead of the customary oral greeting, the deaf girl printed her introduction on paper. Immediately, there’s a sense of malice exhibited by some classmates that’s subtlety suggested. 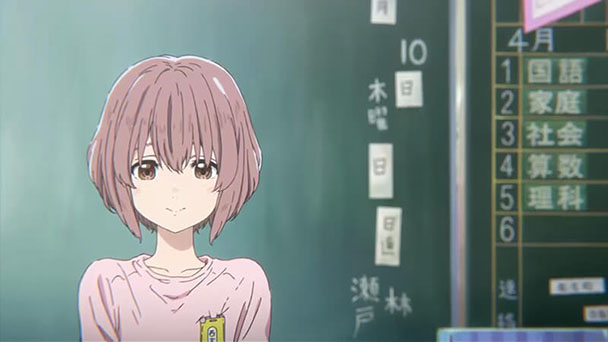 The bulk of the cruelty stems from Ishida, who demonstrates a variety of actions that grow increasingly detestable. Yet, through all these incidents, Nishimiya shows naïve composure. She’s all too enthusiastic to forget the malicious actions and become friends with the boy. But she also longs for inclusion with her female peers, who all elude her hopes for friendship. Told through vignettes, this is the type of skillful storytelling that makes viewers want to yell at the flickering screen in front of them, telling Shōko we’ll befriend her. But social decorum silences our voice, and we remain complacent, seemingly like some of the other students in the class.

But A Silent Voice reminds us that there’s a limit to human passivity. When Ishida’s actions become exceedingly obnoxious, he’s called out by his classmates, and eventually becomes an outcast. As an outsider, his social shunning has a remarkable visual representation, with a large blue “X” over the face of his colleagues. Averting being heavy-handed, there’s a bittersweet irony in seeing the meanspirited young boy become the very thing he once rallied against. Watching Ishida’s search for redemption fills the second half of the film with a succession of poignant moments. Lesser talent would have struggled generating sympathy for a character who has become a target of our scorn. But A Silent Voice handles the undertaking with lithe dexterity, even so gradually getting us to root for Ishida. 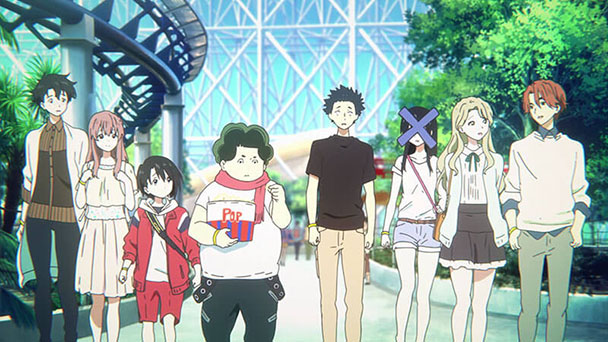 Unlike many films that center around the school-age set, the dialog isn’t full of reflective insights that only seem to emerge from the mouths of fictional characters. No, the conversations are lifelike and succinct, and at least once, miscommunicated. Instead, internal perspectives are exhibited through the use of skillful subject shots, with reserved characters shown focusing on legs or torsos, instead of looking at one another’s faces. Physical expressiveness is another strong merit in Voice, with Kyoto Animation articulating emotion when the camera does seek objectivity and we see a character’s face.

Fans of Yoshitoki Ōima’s manga will undoubtedly notice a few concessions made to translate the seven-volume series into a feature length film. While the underlying sentiments are all intact, secondary characters receive an expositional reduction. Having read the manga, I can attest that Yoshida’s condensation is commendable, but it’s difficult not to desire A Silent Voice receiving the episodic treatment. Quite possibly, twenty-two minute installments could very well have spoiled the flow of the storyline, so there’s the likelihood that the film stands as the definitive visual adaptation. 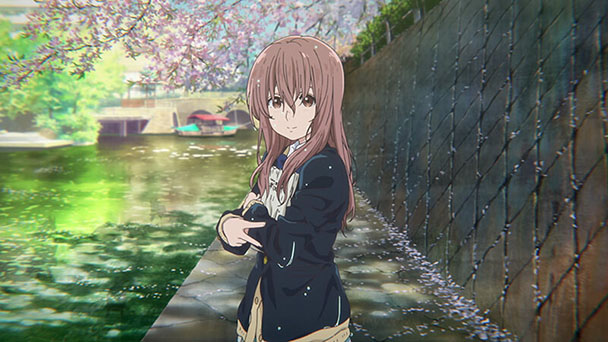 One of the virtues of anime is its disposition to tackle difficult subject matter- and it often does so with assurance and dignity. A Silent Voice is an exemplary example of this quality, poised to linger in viewers long after the credits have rolled. Along with Your Name, and In This Corner of the World, Japan is creating cinema that is both accessible and existential, essential viewing that blends visual splendor and contemplative narratives into one of the most imperative art forms of our era.