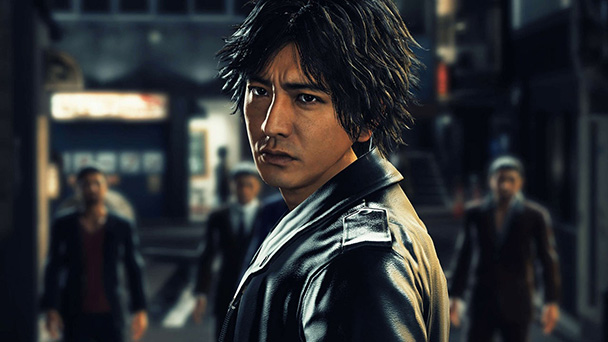 Ryu Ga Gotoku Studio’s Yakuza series is undoubtedly one of gaming’s most unique franchises, with a duality nearly unrivaled in any medium. Across seven main iterations, an expansive cast of colorful characters have chaperoned players through the oft-seedy underbelly of Kamurocho. Filled with melodramatic declarations of fraternal valor, quiet moments of reflection, and the inevitable instance of shocking betrayal, the Yakuza series adapted one Japan’s most popular cinematic genres into interactive form.

While the somberness of its drama is certainly eloquent enough to stand on its own, the incorporation of absurdity is what truly sets the franchise apart. From Majima’s puckish adoption of hostess attire to Kiryu revealing his fetishes in an online chat room, the Yakuza series can be unabashedly hilarious, putting its roster of tough guy in some susceptible situations. They are human wrecking balls, able to topple a faction of goons. But the moments of seemingly incongruous whimsy are what makes them human and some of the most fascinating personalities around. 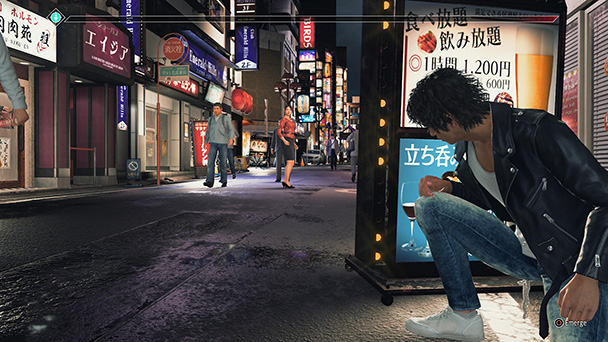 When SEGA first announced Judgment (released in Japan as Judge Eyes: Shinigami no Yuigon), a spin-off that shares the setting of Kamurocho, I worried if the fragile juxtaposition would be tainted. After all, this was billed as a brooding game which centered on a down-on-his luck private detective investigating a serial murder. Post-mortems and punchlines are rarely paramours in popular media. But doubting the ability of RGG Studio is dubious. Save for Yakuza: Dead Souls’ reductive side-step, the developers have a remarkably solid track record.

Recalling the Yakuza series’ masterful character construction, Judgment’s opening moments do a prestigious job at introducing its cast. We encounter protagonist Takayuki Yagami savoring a moment of triumph, having successfully exonerated his client against improbable odds. Clean-cut and clad in a grey suit, the case has catapulted the young attorney popularity, creating a bit of friendly rivalry around his associates at the firm. This is unexpectedly undone when the office receives a call stating that his client was arresting for the stabbing of his girlfriend as well as arson. 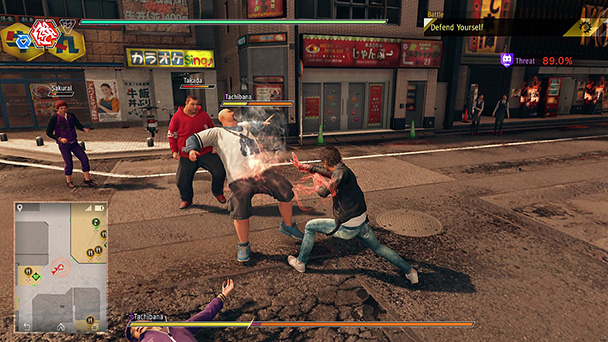 A three-year lapse is conveyed through a jump cut, revealing Yagami still struggling with the incident. Now a detective who’s free from tweed-suit decorum, he’s working with an old friend named Masaharu Kaito. While no longer a yakuza, Kaito still adheres to the routine, often attired in a brash orange shirt and all too ready to rough up anyone he doesn’t like. What follows is the type of crime drama anyone who has ever picked up a Raymond Chandler or Hase Seishu will recognize. While Judgment is an obviously a tale of redemption for its characters, how the heroes reach their destination is what determines the effectiveness of the narrative.

In telling the story, the game makes two contentious design decisions. The first is the incorporation of subdued effort mini-games. Yagami’s subsistence and the uncovering of the game’s overarching plotline hinges on the execution of investigative tasks, from identifying people of interest in a crowd, shadowing suspects, and even piloting a drone for clandestine photography. Here, RGG Studio errs on the side of leniency, with activities often interpreted as accessible undertakings and sporadically, as simplistic quick-time events. Additionally, the punishment for failure is mercifully low, with a partial XP payment upon completion. Likely, the developers didn’t want to interrupt the proceedings with frequent ‘game over’ screens and monotonous replays that would have decelerated the game’s brisk pace. As such, players expecting a cognitively challenging Phoenix Wright-style procedural might be disappointed by an approach that rarely slows for thoughtful puzzle solving. 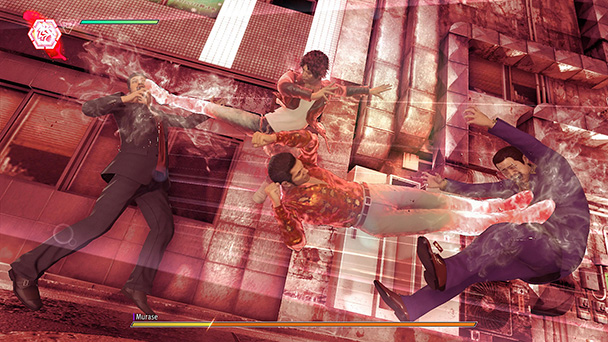 Judgment’s other issue is less pardonable. Obligatory side-missions disrupt the main narrative with enough frequency to occasionally make following the overarching plotline challenging. Woefully, it’s all too easy to lose track of the bigger picture when you are focused on the completion of tangential errands. Fortunately, it’s not always an issue. There are times when Judgment provides autonomy, permitting players to spend their time in the series’ characteristic minigames.

From blackjack in swanky casinos, battling cages, and jaunts to the Club SEGA arcades, a substantial selection of diversions fill Yagami’s recreational hours. While the addition of a VR-style lounge might sound promising, virtual recreations of the assignments you already tackle is a bit too satirical and not divergent enough. Fortunately, the addition of Drone Racing helps to fill that gap and is easily one of the franchise’s best accompaniments. 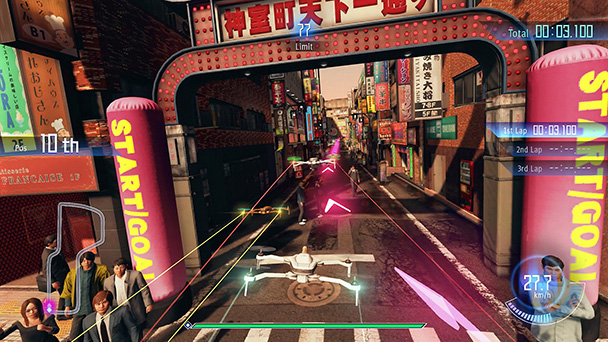 Given Ryu Ga Gotoku Studio’s evolution of a fighting system across Yakuza’s thirteen-year history, it’s hardly surprising to see street scraping as one of the tenets of this title. Smartly, the team creates distinction, varying everything from Yagami’s motivation to his actual stances. He’s a lighter, more agile fighter compared to the heavy-hitting Kiryu. Judgment demonstrations this by goading you into blacking and dodging more, as well as the incorporation of crane and tiger styles. The former use smooth motions and roundhouses to suppress groups of foes while the latter favors the type of strikes that are advantageous against the game’s challenging boss battles.

Relationships, Romance, and Falling in Love with Kamurocho

Recalling the Social Bonds of the Persona series, Judgment implies that investigate work depends on a carefully cultivated network of associates. Here, there are fifty different associates to pursue, tracked with icons on your in-game map of Kamurocho. Naturally, building bonds is quid pro quo affair and running errands or using your fists and feet to get them out of a sticky situation is the best way to build rapport. Adeptly, your repute feels organic with new opportunities and possibilities (even four romantic ones) emerging as your reputation grows. 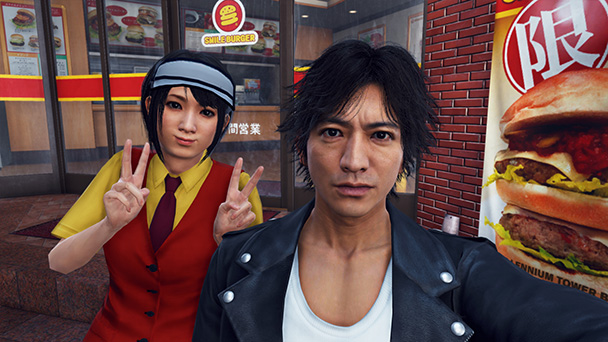 Built on the evolving Dragon Engine, Judgment’s aesthetics seemingly push the aging PlayStation 4 to its limits. It’s all too easy to become lost in the details, from the lifelike texture of Yagami’s leather jacket to the improvement to facial expressions and skin tones. Sure, there are minor disruptions, object physics might feel a bit floaty and brief load times impair cinematic immersion. But remarkably the team continues to make Kamurocho one of the most mesmerizing contexts in contemporary gaming. Credit should also be given to SEGA’s localization team, who deliver one of the few praiseworthy dubs. Typically, these are almost always reductive, but it’s obvious a lot of care went into providing English language support.

Spin-offs are often perilous affairs, straddling the push to reiterate on the popular, while pushing properties in new directions. Pleasingly, Judgement is a near-perfect instance, iterating on Yakuza’s fighting mechanics while delivering a compelling new cast and vocational angle. Whether you’re a franchise veteran or curious newcomer, Ryu Ga Gotoku Studio’s latest entry is an obligatory experience, breathing new life into the pulpy noire genre.

Judgment review
Ryu Ga Gotoku Studio&rsquo;s Yakuza series is undoubtedly one of gaming&rsquo;s most unique franchises, with a duality nearly unrivaled in any medium. Across seven main iterations, an expansive cast of colorful characters have chaperoned players through the oft-seedy underbelly of Kamurocho. Filled with melodramatic declarations of fraternal valor, quiet moments of reflection, and the inevitable instance of shocking betrayal, the Yakuza series adapted one Japan&rsquo;s most popular cinematic genres into interactive form. While the somberness of its drama is certainly eloquent enough to stand on its own, the incorporation of absurdity is what truly sets the franchise apart. From Majima&rsquo;s&hellip;

Summary : Blending the trademark fighting and talented storytelling of the Yakuza series with the twists of a hard-boiled crime thriller, Judgment pushing the franchise in captivating franchise in new directions. 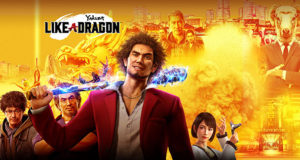