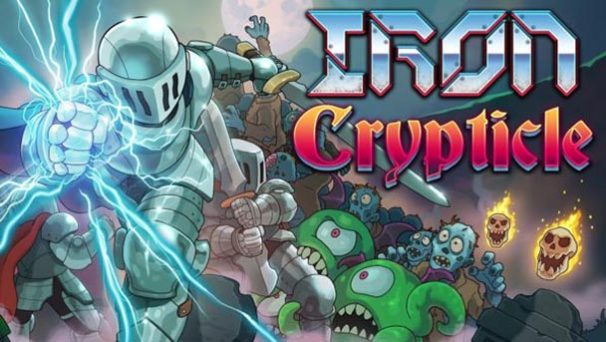 As titles like Robotron: 2084, Smash TV, and the sum of the Geometry Wars series have demonstrated, the twin-stick shooter can be a wholly immersive experience. Eluding hordes of encroaching enemies, while simultaneously snatching bonuses and monitoring the angle of your firepower requires a heightened level of concentration, potentially putting participants in a state of deep immersion. While many games permit players to grab a quick glimpse of a clock, the genre often offers no such reprieve, forcing players to obsessively watch each corner of the screen. As such, it’s not surprising to sink hours into a twin-stick shooter, completely losing track of time.

And that’s a phenomenon that’s likely to happen with the Switch iteration of Confused Pelican’s Iron Crypticle. Built from the foundations of it’s PC and console predecessor, Iron Fisticle, this revision modifies a number of its predecessor’s elements, fashioning a title that should appeal to aficionados of old-school, arcade-like action. Save for diminutive visual that can be a can a bit hard to see in handheld mode, it’s also plays proficiently on the Nintendo hybrid. 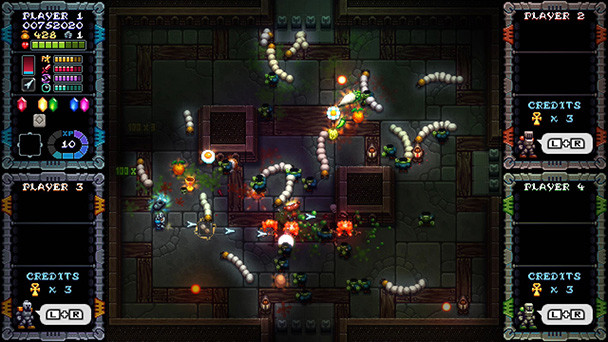 An Inventory of Retro Influences

Gaming veterans will immediately identify the game’s inspirations. Initially, players select a protagonist who recalls Ghosts ‘N Goblins’ unflappable Sir Arthur. Although making contact with enemies won’t strip the hero down to his skivvies, you’ll still have to be vigilant as a few hits can deplete your health bar and end the game. The game’s pixelated enemies draw from gaming’s past, with Frankenstein’s monsters that shamble about like Berserk’s robots and invincible foes in hot pursuit in if you take too long, recalling the threat of Evil Otto. Other creatures look like the dividing globules of Alien Syndrome, or the capricious crawlers from Centipede, revealing Confused Pelican’s careful study of arcade classics.

To test the visual acuity of players, stages also have a number of immobile features, from skull-shaped mines, exploding barrels, weapon pick-ups and treasure chests filled with coin. On top of this, dispatched enemies drop an assortment of point-pushing bonuses, and if you collect them in quick succession, the value escalates Bubble Bobble-style. After you pick up eight in a row, there’s a stat-augmenting power-up will show up, which can improve your movement speed, weapon strength, fire rate, and pick-up duration. Given the game’s arcade-style action, it’s not surprisingly to find that these perks lack permanence, which might have been an intriguing decision.  That said, there are long-term weapon unlocks to help offset any feeling of stagnancy. 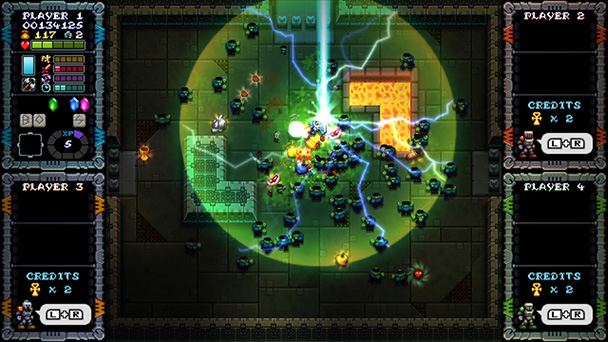 Carefully Plot Your Way to the Stage Boss

Unlike Fisticle, which had diminutive overworld maps, Iron Crypticle extends a much larger path to the bosses, revealing room types as you branch through the diagram. From darkened cemeteries where only the area immediately around your character is fully visible, to shops, and even a side-scrolling mini-game, there’s a decent amount of diversity to be found. More importantly, Crypticle lets gamers decide if they want to make a beeline for the boss or take their time, potentially leveling up their character before confronting the big bad.

Throughout the trek, there’s a number of satisfying risk/reward proposition. Your default weapon, a throwing ax, has an attack rate that just deliberate enough to keep you moving- ideally toward one of the weapon power-ups which sporadically spawn on-screen. There’s also the option to bring up to three local participants in for co-operative play, with Crypticle ramping up the difficulty appropriately as each new knight joins the fray. Occasionally, putting yourself in peril pay dividends. Pick up a book that pops up and you’ll unlock a bit of helpful information in the game’s ledger, that might offer a hint about things like your dashing or atomic fist abilities. 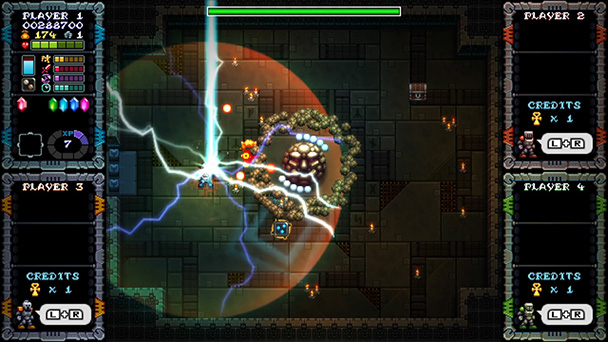 Mercifully, Iron Crypticle has few disadvantages. Sure, some might bemoan the lack the long-term variety or skeletal storyline, but this is an arcade-inspired game that demands mastery from its participants. Stick with it, and you will see your scores ratchet up the leaderboard, as you learn the best method to approach each different threat. While the framerate is fluid on Switch, it can be difficult to distinguish enemy from pick-ups in handheld mode. This is especially true for bright environments, as the game’s favors darker colors. While the title supports multiple players, gathering a quartet of participants around the 6.2-inch screen might not be viable. As such, groups will want to play using a television.

Given the game’s equitable ten-dollar price, Iron Crypticle is certainty worthy of a purchase, providing twin-stick shooter fans with a polished, proficient recreation that’s capable of pilfering your leisure hours. Arcade game aficionados will definitely want to add this one into their internal memory; Crypticle is great for those much needed respites between larger, longer adventures. 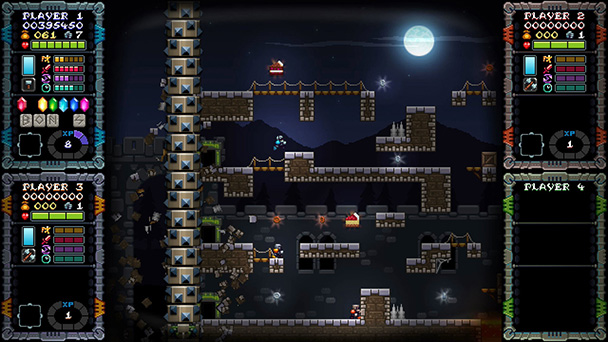 Iron Cryptical was played on Switch with
review code provided by the publisher.

Iron Cryptical (Switch) review
As titles like&nbsp;Robotron: 2084,&nbsp;Smash TV, and the sum of the&nbsp;Geometry Wars&nbsp;series have demonstrated, the twin-stick shooter can be a wholly immersive experience. Eluding hordes of encroaching enemies, while simultaneously snatching bonuses and monitoring the angle of your firepower requires a heightened level of concentration, potentially putting participants in a state of deep immersion. While many games permit players to grab a quick glimpse of a clock, the genre often offers no such reprieve, forcing players to obsessively watch each corner of the screen. As such, it&rsquo;s not surprising to sink hours into a twin-stick shooter, completely losing track of time.&hellip;

Summary : Iron Crypticle adeptly demonstrates the difference between homage and plagiarism. References to coin-op classics abound, but as the same time, Cryptical channels its own enjoyable vibe, resulting in an easy recommendation for action aficionados.

Previous: The Liar Princess and the Blind Prince review
Next: Song of Memories review 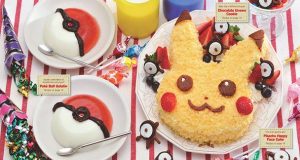