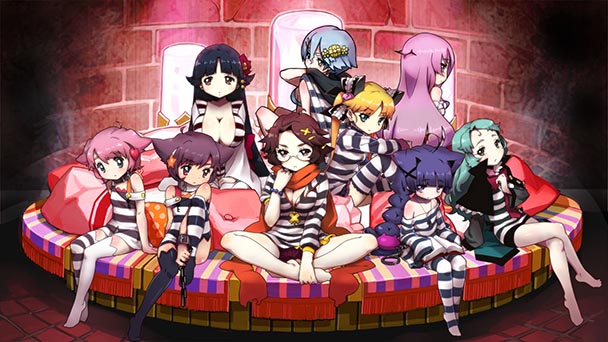 Veteran gamers might recall the industry’s puritanical era. It was a bewildering time when Nintendo tweaked RGB levels, converting Mortal Kombat’s bloodshed into a sweat-splashing romp complete with family-friendly finishing moves. Even the seemingly innocuous crosses on the coffins in Super Ghouls ‘n Ghost were modified to reduce religious implication. Naturally, depicting anything even remotely sexual was unconceivable at the time.

Gradually, standards slacked, and lascivious-mined titles like Monster Monpiece, Akiba’s Trip: Undead & Undressed, and Senran Kagura: Shinovi Versus started making their way onto digital marketplaces, adding a bit of puckishness to portable systems. Given the tolerance toward allusions to sexuality, I’d often do my best to push the envelope, regularly asking NIS America representatives when Criminal Girls was making its way to Western shores. At the time, the request was little more than a lark, with the publisher unlikely to localize Imageepoch’s playful mix of role-playing with impish sadomasochistic references. The U.S. just didn’t seem ready for a spirited spank in gaming form. 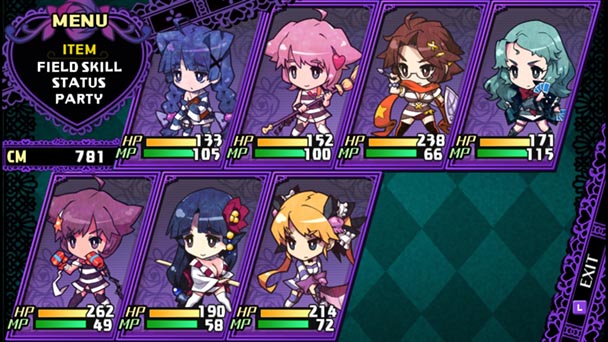 But then the improbable happened and at the 2014 Anime Expo, the Santa Ana firm announced they would indeed publish the PSP title. Excitement quickly metamorphosed into fear, as players expected much of the game’s more risqué content to be excised. Fortunately, it was mostly there- with fan service shrouded behind a perplexing and seemingly sound-proof, pink curtain. Two years later, Criminal Girls: Invite Only has been ported to the PC, Pepto-Bismol colored clouds and all.

Farcically, the game’s premise draws just as much from Dante Alighieri’s Divine Comedy as it does from good-humored harem echi. Players assume the role of a nondescript guide, tasked with directing a troupe of seven deceased maidens afflicted with faulty DNA. Unfortunately, this defective double helix strands makes the girls candidates for delinquency. 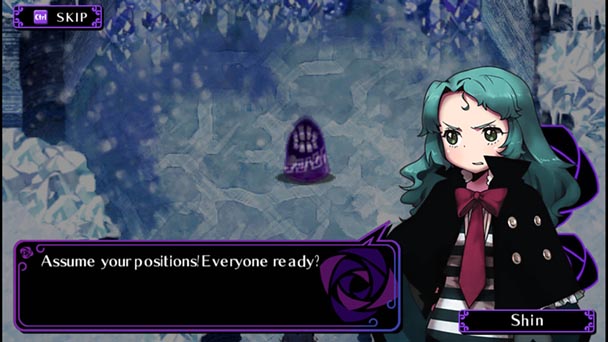 On the bright side, the team’s potential for redemption offers a slim opportunity for liberation if players can usher the girls through the four boroughs of the underworld. Doing so won’t be easy, with players confronting not only a regular succession of random encounters, bosses, and light puzzles, but also convincing the girls that salvation is found in obedience and an ample supply of punishment. As such, Invite Only’s storyline is a faultless setup for a rewarding character arcs.

While the septet of standoffish ladies might evoke familiar tropes, there’s some interesting quirks to be found in Criminal Girls’ depiction of the seven deadly sins. Ran is the embodiment of anger, a tomboy likely to punch any male who gets in her way, while Shin’s prodigious intelligence makes her unnaturally prideful. Meanwhile, Alice is the resident weirdo, an unabashed introvert who speaks in truncated phrases and alludes to beings that might be imaginary. Invite Only habitually capitalizes on these traits, offering dialog that might not always produce audible laughs, but is consistently amusing. One element that is quite comical is the role Miu. As your superior officer, she likes to bookend every exchange with an insult and slap. 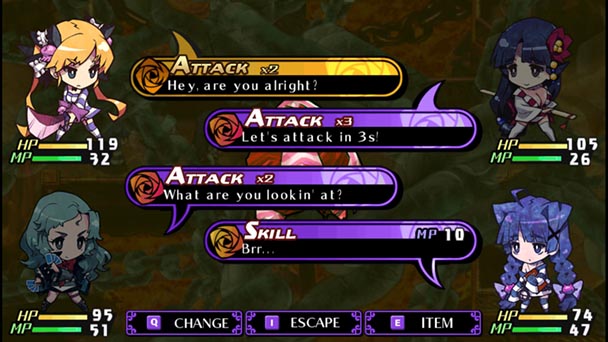 When you first meet a part of the antisocial pack, disdain is evident, with the girls unwilling to even follow the player through the netherworld. Cleverly, this isn’t just a plot device, but plays into one of game’s core components: combat. In most games, players micromanage every action of a party members, as each individual automatically follows orders. With Criminal Girls, this tenet is turned on its head. In battle, each girl offers a suggested move, extending an invitation to do things like attack, heal others, steal treasure, guard, or using a magic spell. Each turn, players decide which girl’s actions should be executed, as well as whether an item should be used or whether a girl should be switched with a member of the secondary team.

In should be noted that the delinquents aren’t exactly delighted with the prospect of authority. At first, a majority of your team refuses to even attack, defiantly watching battles. As such, each girl needs provocation, which is “nurtured” by a trip to the motivation room, where the collected points are used for rounds of attitude adjusting punishment. After selecting a type of motivation and an option, players are ushered toward a mini-game, where the application of castigation is administered. Successfully completing these mini-games help level up the girls in a variety of areas, essentially adding to their pool of combat options. 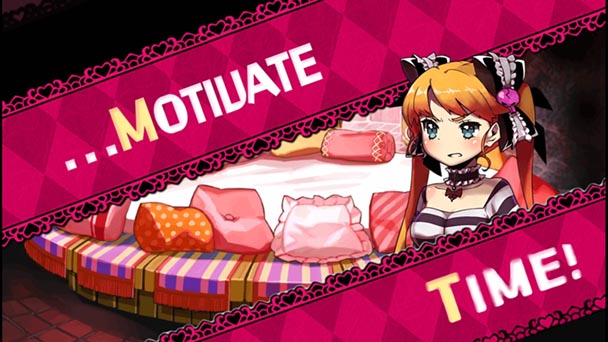 Essentially, reprimanding asks gamers to whip, spank, or electrocute the girls by tapping a key or controller button. At first, reproach starts off easy, with a tap applying a flail to an on-screen icon. Soon, things get trickier, with the game demanding ever-increasingly complicated maneuvers to check each girl’s ego in check. Over time, the difficulty ratchets up further, as gamers have a shorter period to execute an escalating number of punishments. While touchscreens are becoming increasingly common with PCs, Invite Only solicits controller or key presses. As such, the port is missing some of the immediacy of the Vita version.

How is the PC Port?
Beyond the lack of touchscreen support, the PC iteration of Criminal Girls: Invite Only offers a competent conversion of the portable game. On the downside, the title can’t create visual miracles from the game’s original assets. Although the options menu allows upscaling to contemporary monitor resolutions, you won’t be able to escape the game’s distinctively pixelated output. But once players begin to look past the retro-looking RPG navigation, they’ll see both attractive combat screens and Live2D-powered character portraits that convey sentiment. Yes, the occasional visual glitch is present, but at present any anomalies were fleeting.

On the upside, Invite Only ran blamelessly on even the most underpowered PC. We put the title on several intel Atom and Celeron-power netbooks as well as tablets, from the Asus X205TA, Dell Inspiron 11 3000 to a meager Dell Venue 8 and each handled Criminal Girls adeptly. Beyond a second or two of shaved load times, playing the title on a low-end system was no different than a beefy i7, GTX 1080- driven rig. 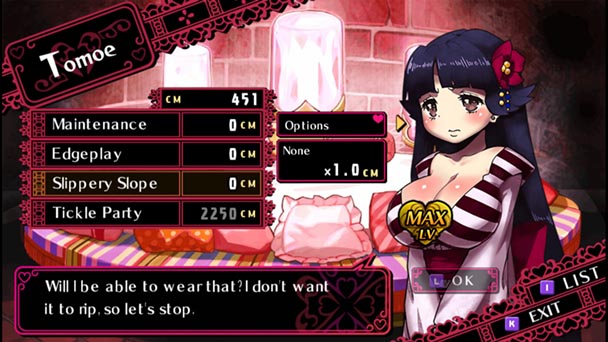 While ‘motivations’ are unquestionably one of the main draws of Criminal Girls, the specter of Western censorship alters these segments. Some of the adjustments are minor, such as the zoom applied to some of the cosplaying lolitas, which help to push some of the more objectionable body parts off-screen. Slightly more noticeable is the veil of cherry-colored steam which obscures the mini-game. Although the condensation gradually dissipates, since it’s mostly translucent, the addition seems unnecessary. Worse is the comprehensive elimination of sound bites from the whipping and spanking. With the absence of whimpers and cries, now the girls seem unaffected by your chastisement, embowing the mini-game an inadvertently creepy feel.

Fortunately, Invite Only’s other components remain untouched. Aiding by an on-screen mini-map, dungeon skulking is largely enjoyable, as players complete both main missions and the occasional side-quest. They’ll encounter the occasional blockade that needs opening, which helps to keep the party advantaging into areas that are above their current stat levels. When conflict does erupt, the title’s battle system encourages experimentation, since players can’t fall back on a proven technique. Instead, they are at the mercy of the girl’s motivational level, removing conventional min/max strategy from combat. 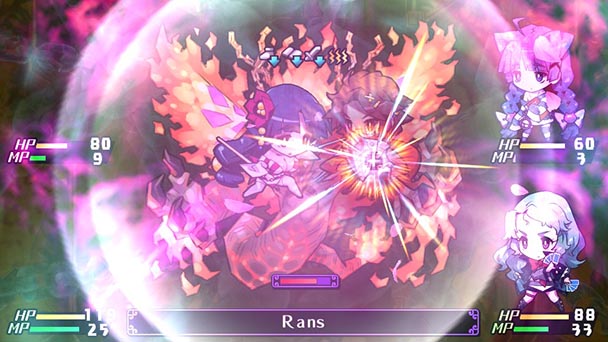 For the most part, Criminal Girls handles this admirably, offering the option to heal and guard at the proper times. Strategy lurks in the affinity system, with players able to nature connections between the budding convicts. Regrettably, the combat system isn’t quite as effective in boss battles, where major strikes are almost always telegraphed by a power-charge.  A second blemish can be found in the inability to fast-forward through battles, as Invite Only likes to exhibit each deduction of HP. As such, the pleasure of regular random encounters is diminished by the plodding pacing, which seems a tad slower in this iteration.

Visually, Invite Only eschews any polygonal rendering, using super-deformed sprites to represent the party during dungeon crawls. Although the method might not sear retinas, the aesthetic does have its charms, evoking the 32-bit generation of gaming. Two-dimensional character portraits, battle avatars, and reprimand recipients are rendered with more fidelity, helping bring the girls to life. While the game offers only a subtitled Japanese voiceover, the acting is delivered quite well, offering a number of comical quips. Musically, the title offers a gamut of melodies, from plodding dungeon dirges to high-spirited post-battle fanfares. 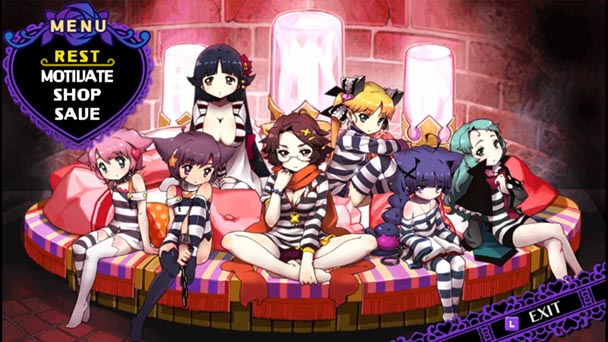 Despite some problems with the speed of combat and a few additional transgressions with the localization, Criminal Girls: Invite Only remains a diverting journey through the underworld. Sure, the game’s battles might be plodding, but the pace might be forgivable for those hoping to experience a bit of Eastern-influenced kink. It’s just a shame that NIS America didn’t push the envelope a bit more. As it stands, bowdlerizing the Girls isn’t criminal, just a bit disheartening.

Criminal Girls: Invite Only was played on the PC with review code provided by the publisher.

Summary : With a dearth of competition, we can confidently report that Criminal Girls: Invite Only is the best spanking simulator on the PC. The rest of the game shows moments of promise in the battle system and characterization.