We go on an intense twin-stick shooting trek through Inferno 2, finding a drip-feed of weapon upgrades. Then we move from a minimal, Tron-like halls to the squalid, subterranean spaces of UnderMine. In these depths, we hunt for gold, while battling beasts and the uneasy feeling of not quite knowing what’s in the next room. 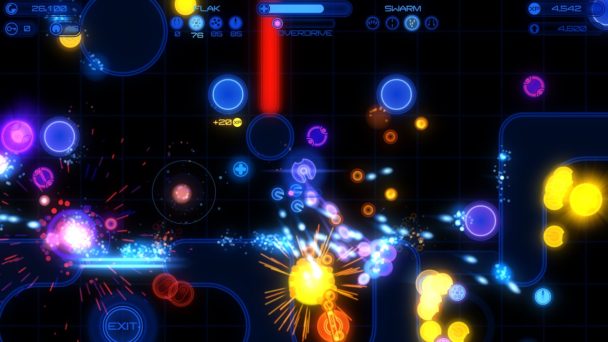 Given the uniformity of the twin-stick shooter’s control scheme, success is often rooted in variety. While the genre habitually delivers intense action, the very best efforts thwart stagnancy with a healthy dose of variety. Sure, Geometry Wars: Retro Evolved is a gem. But when Kuju Entertainment contributed a multitude of distinctive stages, different types of assistive drones, and score multiplying geoms, the franchise truly realized its potential.

With the release of Inferno 2, the one-person team at Radiangames (Illinois-based Luke Schneider) has adapted the mobile title to Switch, PlayStation 4, and Xbox One. Often, the kinds of ports can be disappointing, with divisive elements like insistent DLC nags or cool-down timers impairing playability. But Inferno 2 is one of those rare mobile titles that asks nothing beyond its initial purchase price, it feels natural on console. It also demonstrates variability across its collection of eighty stages. 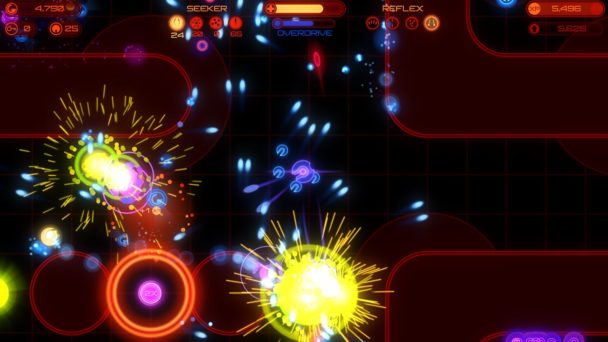 With a visual style evoking the look of yesteryear’s vector-graphics games, each level places your ship in labyrinthine spaces filled with adversity. Like any respectable shooter, there’s an assortment of enemy types. Some foes will pursue you directly, while some will attempt to flank you. Others are fixed, discharging bullets or brethren until they are destroyed. Some enemies explode, flinging dangerous shrapnel when they are destroyed. Like Geometry Wars, you’ll need to prioritize targets. Each stage is more than just a collection of gates and keys. Instead, you’ll have to worry about getting caught in choke points, wind tunnels that prod you along, and a multitude of other potential dangers.

Fortunately, you’re far from being unarmed. Your ship has access to four types of unlockable main weapon types, extending everything from a laser-focused stream of firepower to a crowd-controlling spread shot. This is augmented not only by drones that also dish out damage, but also a quartet of secondary offensive abilities, restrained only by a limited ammo supply. To cap it all off, you can also trigger overdrive mode, which intensifies your offensive output even further. 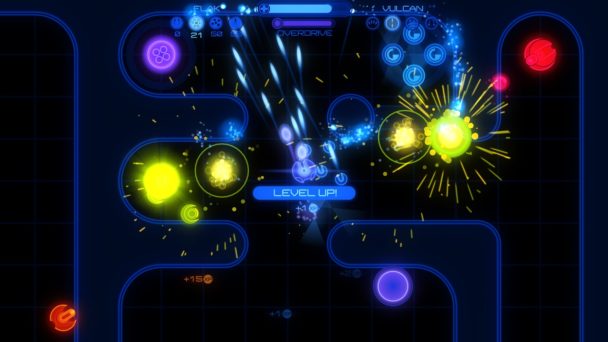 Unlike twin-stick shooter set in open areas, Inferno 2 forces you to use the layout of each level. Press your way into controlled territories and you’ll stir up a near-unmanageable storm of peril. Instead, you’ll have to reconnoiter each stage, whittling down numbers through weapon-permeable walls before you storm in with guns blazing. Inferno 2 isn’t deep strategy, but you’ll have to attack prudently if you hope to succeed. The only real fault is that some of the pick-ups are visual ambiguous, with small circular icons lacking distinction.

Recommend for: Fans of twin-stick shooters hoping for an intense and affordable fix. 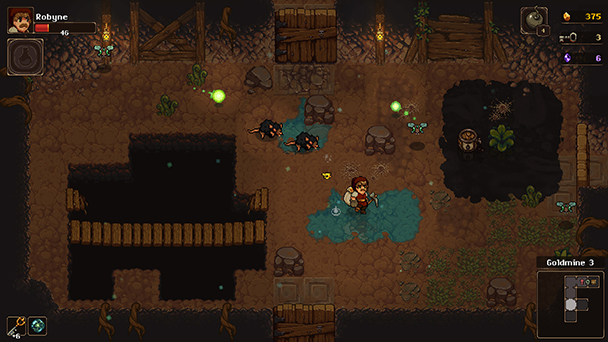 UnderMine probably shouldn’t be shoehorned into the twin-stick category. Sure, you’ll likely use the left analog stick to move your stout prospector about. The right one is the key to aiming your ranged attack, which hurls a spinning pickaxe at adversaries. But you’ll primarily be using this tool as a melee attack to eliminate the slimes, fireball shooting dragonflies, and the succession of tough bosses located in across each network of subterranean room.

Instead, UnderMine is best described as an action rogue-like. The game’s procedurally generated rooms all fill a single-screen and generate a bit of deliberate uncertainty. Sometimes, you’ll enter an area without any kind of danger. Other times, the room is swarming with different types of enemies, each moving in their own distinctive manner. Sporadically, there’s elemental danger, like spinning blades travelling around minecart tracks. You’ll likely get into a habit of quickly evaluating each new room your miner steps into. 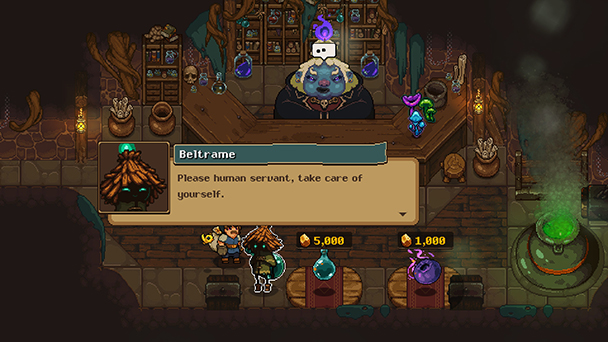 What’s already evident in the Early Access build is a gratifying sense of subtlety and an invitation for player experimentation. Here, the succinct tutorial is advantageous, goading you into learning the game’s secrets for yourself. It’s fairly obvious that rocks with gleaming gold can be stuck with your axe, scattering nuggets about (as well as attracting covetous slimes, determined to pick up the chunks for themselves). What’s less evident are details like the concealed gold in the wall, which can also be mined, or the cracked doorways where a Zelda-esque detonation can gain access to hidden areas. Half of the enjoyment from UnderMine is engrained in learning how the myriad of parts in the game’s ecosystem all fit together.

Like most rogue-likes, dying is a natural part of the process. Perish as you’re working your way downward and you’ll lose all the assistive pick-ups found on torch-lit alters. Following convention, these provide active and passive support, doing things like reviving a few points of health when you enter a room or intensifying your attack power for each key that’s in your possession. You’ll also lose a portion of your gold when you die. This can be disheartening, as you use gold back at the mining camp to purchase permanent upgrades for your character. 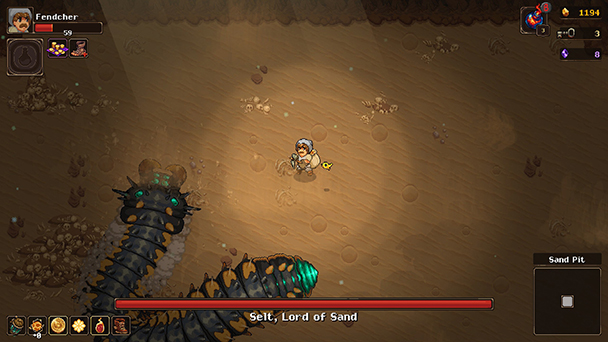 Certainly, it’s hard to overlook the UnderMine’s visual charms. Employed an angled perspective on the action, the game’s sprites are endearing- from the hefty sack of gold affixed on your miner’s back to the golden canary that follows you though the mine, collecting nuggets. If you appreciate minute details, you’ll undoubtedly enjoy the game’s minutiae. Axing a lantern will darken an area, while the transition to the pause screen that display’s the game’s logo, which are just two creativities. About the only thing UnderMine might need is an inventory system. While game lengths hover around the 15-20 minute mark, you might regret the moments when you couldn’t pick up a HP-revitalizing item that would have assisted during the challenging boss fights.

Recommended for: Players who appreciate a cartoonish and compelling rogue-like.