Start a fight with your friends in Hyper Jam or just knock the air out of them in Battlloon. These two PC titles find gratification in the spirit of friendly competition, where players employing every trick they know in an effort to survive. 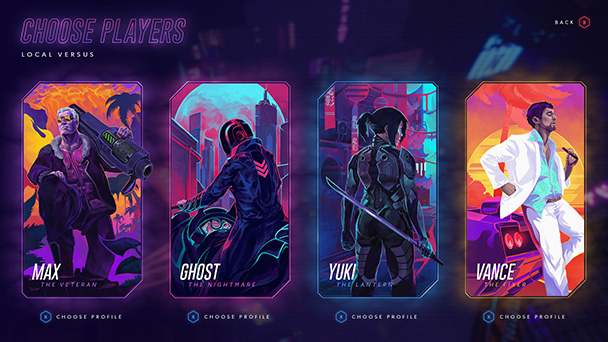 In a perfect world, Capcom would still be making Power Stone games. But since they’re not, this leaves a golden opportunity for indie developers to craft their own spirited arena-based brawler. Head into a game of Hyper Jam and it’s difficult not to see at least a few similarities with the cherished Dreamcast franchise.

Sure, the game’s four characters don’t have the personality or even the movesets of Ryoma or Wang-Tang. Whether you opt for Vance the Fixer, Ghost the Nightmare, Max the Veteran, or Yuki the (?) Lantern, each is functionality equivalent, supplying a sense of balance to the title. When the match begins, a participant can play with a mouse and keyboard combo. But unsurprisingly, a controller feels much more intuitive, permitting players to move around with the left analog stick, while the right stick aims the direction of their attack. 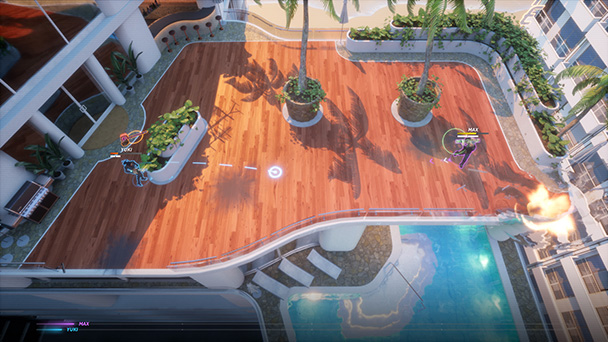 Initially, you’ll be armed with little more than a melee attack. However, it can be charged, causing you to dash forward and with a bit of luck, land a punishing hit on your opponents. Soon, weapons start populating on the ground, letting your use everything from katanas to heat-sinking missiles. Fortunately, you’re not completely vulnerable from attacks from online and local opponents, as well as any optional AI bots. A button press summons a shield that’s useful for deflecting. If your timing is precise, you might even be able to reflect any incoming assaults.

Like Power Stone, each of the six battlefields contains deadly features. Knock your opponent onto a train track or off a roof and you’ll instantly win the match. But far more often, Hyper Jam’s competitions gradually ratchet up the intensity. Occasionally, you’ll be thrust into a hectic sudden death overtime, where the arena slowly shrinks. If there’s an imbalance, you’re given a tennis-like warning that if you don’t win a round, you’ll lose the entire match. 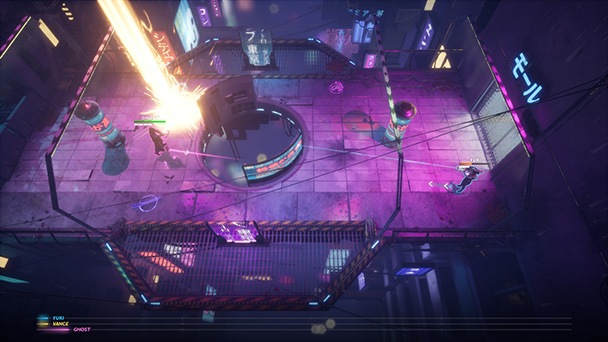 Hyper Jam finds distinction is the end-of-round perk system. Here, participants pick up a variety of active and passive abilities, such as an attacks that can freeze foes, increases to your movement speed, to the ability to survive a fatal blow every thirty seconds. These stack across the match, forcing each participant to constantly adjust their play styles in response to their rivals. Brought together with an pulsing synth-driven soundtrack and a visual style that rooted in ‘80s 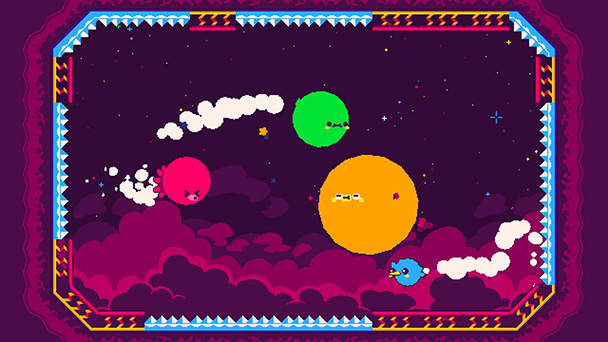 Whereas Hyper Jam’s arena-based competitions are gritty, manic affairs, Battlloon’s battles are teeming with cartoonish charm. That said, there’s no absence of rivalry across the game’s matches. Each round tasks players with bumping other opponents into the peripheries of the level. Since every participant is either an inflatable balloon or animal, touching any of the sharp parts of the outer playfield results in your creature popping, narrowing the field of competitors.

Play resembles a wild game of billiards or a sumo match viewed from a side perspective. Each participant can slowly rotate their balloon, inhaling and growing in size with a held button press. Release the button and you’ll discharge any held air, gradually shrinking as the emission pushes you along. Contact with other players will propel them in the opposite direction of impact. Unsurprisingly, there’s a correlation between the number of participants and how wild the action becomes. With four players bounding around, it becomes harder to envision the trajectory of each adversary. But with visual indicators like a glistening crown worn by the contender in the lead, it’s always easy to tell who should be ganged up on. 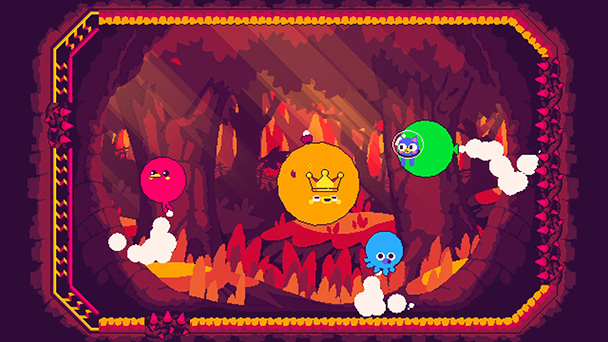 Beyond selecting from six different Battlloons of different sizes, inflation capacities, speeds, and lesser attributes, there are other novelties to ensure matches don’t become stale too quickly. Some arenas feature breakaway borders, that went bumped into, reveal razor-sharp spikes. In icy environments, giant snowballs are flung from the sides of the arena. Any players they come into contact with are left frozen and vulnerable. Like some of the latter titles in the Bomberman franchise, death doesn’t completely remove you from play. You’ll return as a ghost that can influence the outcome of matches, retaliating against the player that popped them.

The sole downside in that Battlloon is strictly an offline multiplayer game. Solitary players seeking to improve their popping techniques are out of luck as the title lack any kind of bots. Likewise, those with remote friends won’t be able to enjoy the spirited play of a group gathering around a single monitor. But if you do have a group of acquaintances seeking simple, light-hearted, and affordable revelry, Battlloon might be worth looking into. 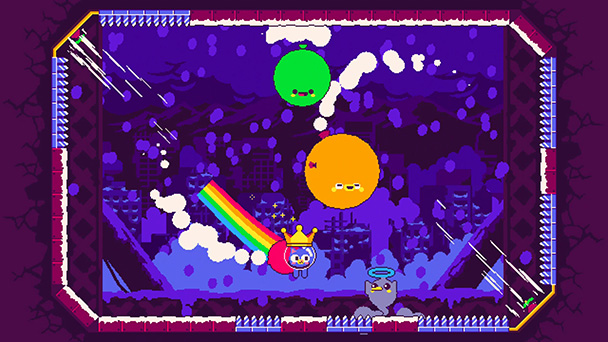 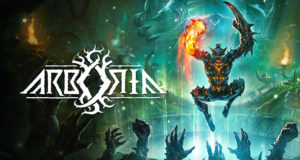 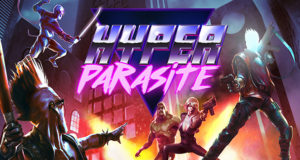 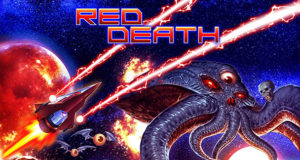