If Her Flag Breaks review 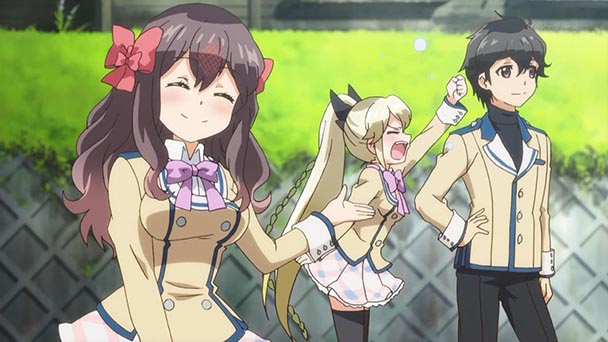 Undoubtedly, the premise of If Her Flag Breaks is satiated with potential. The inaugural entry in the thirteen episode first season begins as a commercial truck jackknifes and collides with a car, sending the vehicle careening toward a group of people standing at a crosswalk.  While most of the pedestrians stand in awe, Sota Hatate calmly proceeds, raising the attention of Nanami, a middle schooler visiting from Europe.

As a transfer student at the Hatagaya Academy, Sota is assigned to sit near Nanami, and she pressures the newcomer into explaining what happened earlier at the intersection. Reluctantly, Sota explains that he has the ability see small flags above a person’s head that can reveal a myriad of insights. Some banners articulate emotions like affection, demonstrated when affluent heiress Akane meets Sota during a lunchtime break. Other signify the type of protective concern shown by an older sibling, which is what is displayed over Kikuno’s head, one of Sota’s childhood friends. More concerning is the occasional death flag, which was spotted above the head of a pedestrian amidst the morning accident. 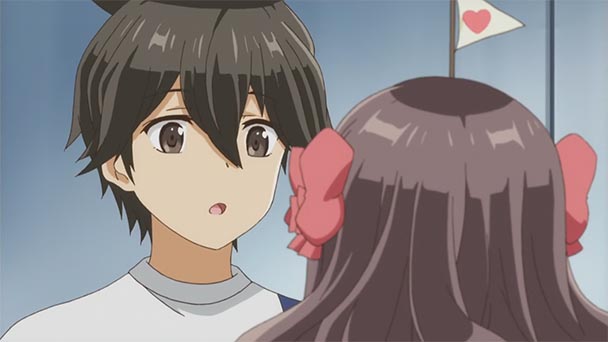 For most people, Sota has the ability to ‘break’ flags, disturbing attraction with a simple terse action. For the man on the street corner fated to become a fatality, a split-second intervention saved his life. Likewise, in episode two Akane mysterious hoists a death flag, prompting Sota to intervene, and a kiss transforms the ill-fated symbol into a pennant of romantic passion. Subsequently, a cast of females, an android, and a gender-bending male student starting surrounding Sota, and his dilapidated home becomes a dormitory for the cast.  All the while, Sota remains reluctant and standoffish, given his ability and a harbinger that hangs over his own head.

What could be a throwaway bishōjo harem, becomes elevated by adept pacing and the judicious balancing of sentiment. Adapted from Tōka Takei’s light novel and a trio of different manga, If Her Flag Breaks (Kanojo ga Flag o Oraretara or simply, Gaworare) delivers a steady succession of reveals, rarely relying on comical hijinks for too long. Near the end of the season, there’s an upswing in seriousness as complication mounts. The result in a mostly gratifying conclusion as intrigue cultivated across the previous episodes receives resolution though a slightly-trite plot device. But largely, most viewers shouldn’t be too bothered by the conceit, as the storyline pays homage to role-playing tradition. 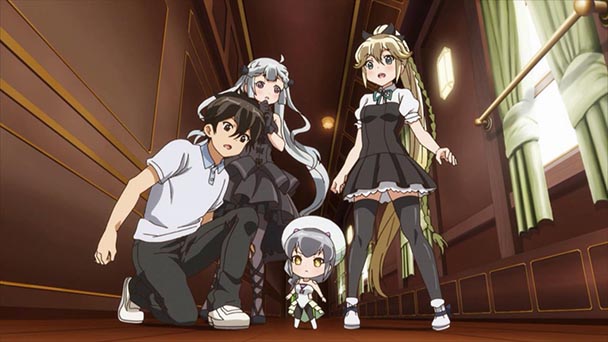 While writer Takashi Aoshima and director Ayumu Watanabe do a commendable job of adapting from the source material, there are a few issues which stem from the transition from ten light novels to a thirteen episode season of animation. When If Her Flag Breaks relegates some of its presumed lead protagonists to secondary roles to introduce new characters, it can lose some of its momentum. That said, when viewed as an example of the harem genre, the anime largely excels. Not only does Flag succeed as an exercise in wish fulfilment, but it also does a nice job of delineating its ladies. More than just reliant on appearance and personality for distinction, differentiation is also displayed through variables like speaking style.

As expected for a NIS America premium edition, If Her Flag Breaks ships with a number of indulging supplements. Inside the thick cardboard housing that’s adorning with detailed art, owners will find the episodes on two Blu-ray disks, which also contain clean opening and endings, trailers, and commercials. The only significant omission is the absence of “Christmas? Do You Think I’d Make Use of Something Like That?”, the OVA which aired during the holidays. 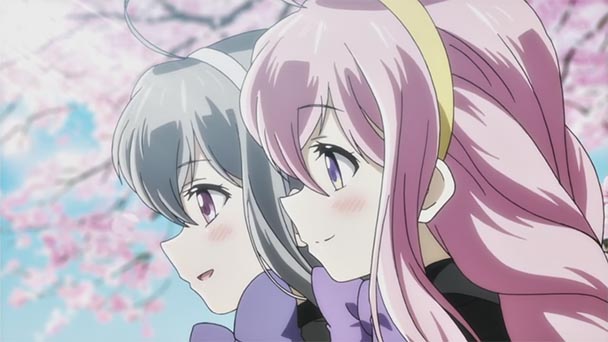 Transfer quality is spotless, with the collection exhibited in 1080p fidelity with linear pulse-code modulation (LPCM) 2.0 Japanese audio (with English subtitles). Fundamentally, If Her Flag Breaks favors pastels, which might not offer the sharp contrast levels flaunted by some anime, but Hoods Entertainment’s charming art style and level of detail balances out that possible transgression.

Typical of NISA’s special editions, owners will find a luxurious hardcover book inside the case, which offers insights into the anime’s production. While episode summaries aren’t included, you’ll find a pleasing compendium of eyecatch and character art, interviews with the production team, as well as manga-ized interpretation of voice recording sessions. 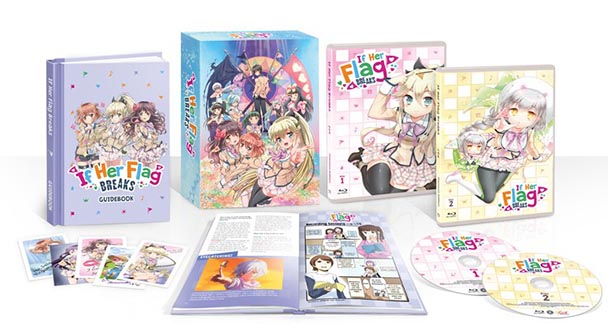 Occasionally poignant and often playful, If Her Flag Breaks exploits a simple plot device into surprising, satisfying outcomes. Although the disinclined protagonist and large cast of females might suggest routine harem-driven comedy, there’s enough deviance to please those fatigued by the genre. Don’t be surprised, if Sota breaks your flag as well.

Previous: Earth Defense Force 4.1 The Shadow of New Despair
Next: G-senjou no Maou – The Devil on G-String review