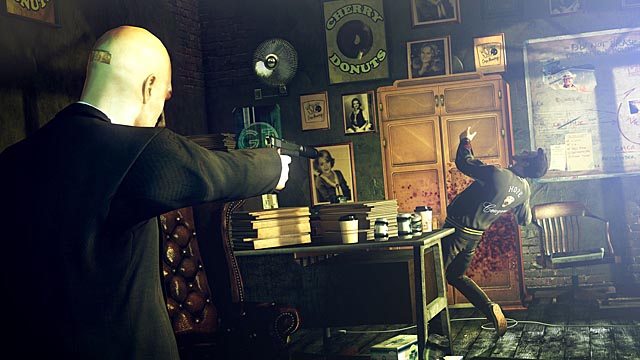 The game industry’s holiday period is similar to Hollywood’s summer blockbuster season- both are bursting with visceral, big-budget thrill rides fated for the top of the charts. From Need for Speed: Most Wanted, Call of Duty: Back Ops 2 to Halo 4, many of the annual year-end titles have focused on delivering unremitting action sequences. When Hitman Absolution’s “Attack of the Saints” trailer exhibited the type of unrealistic gunplay that was wholly uncharacteristic for the series, many wondered if Agent 47’s typical tension would be overpowered by straightforward shootouts.

Mercifully, developer IO Interactive’s concessions are largely discretionary, bestowing additional difficultly levels which allow Hitman’s autonomous, stealthy mechanics to be enjoyed by a wider audience. Throughout the title’s succession of twenty stages, missions are still the wonderfully deliberate and thorny puzzles that have cultivated a fervent fanbase. Much of the franchises’ appeal stems from its variety, with players discovering an assortment of methods to complete each gritty assignment. While the option to blast your way through a section is always available (and unlike 2006’s Blood Money, every guard won’t be instantly altered) Absolution is not a game for those requiring turbulent firefights. 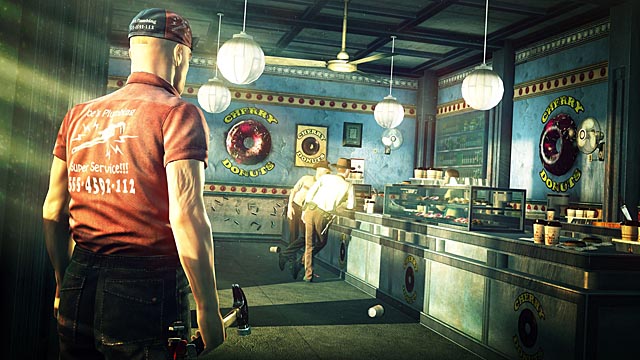 The title’s most notable inclusion is Instinct Mode- which grants the morose mercenary a multitude of new abilities. From highlighting the location of key environmental objects or spotting guards tucked around corners, a press of the right bumper permits players to see the world from 47’s practiced perspective.  When passing past suspicious snoops, the button even allows the protagonist to obscure his face with a hand, augmenting the agent’s chameleon-like qualities. Smartly, these capabilities are prohibited from overexploitation by being tied to a gauge- with the game’s highest difficulty level significantly tempering any assistance.

Yet, that’s just one example of how Absolution’s five levels of challenge radically alter gameplay. Playing on Expert or Purist not only raises the artificial intelligence of foes, but also increases their numbers. In execution this often forces players to uncover additional addition approaches to each stage. While the game’s sandboxes are woefully smaller this iteration, an increased amount of interactivity as well as the number of mayhem-making opportunities have increased significantly. 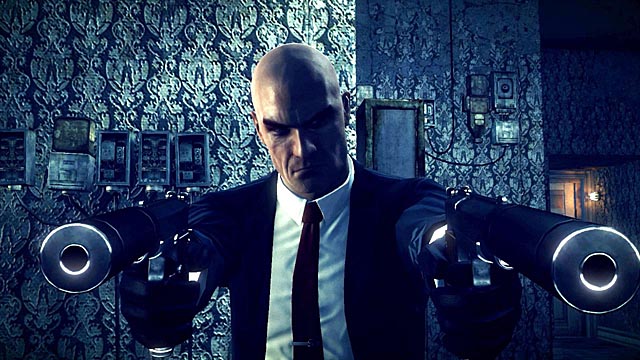 Wisely, Absolution is strategically ambiguous about alerting players to 47’s range of destructive possibilities. Each end of level analysis conveys nebulously named feats, spurring players to revisit levels for fresh ways to circumnavigate each mission. Despite allusions from last summer’s teaser trailer, Hitman is still about the painstaking prowl of each level, tasking players to recon possibilities and interpret the clues embedded in NPC conversations before putting a merciless plan into motion.

Returning hitmen will immediately notice 47’s improved interplay with the environment. A new cover mechanic allows the protagonist to skulk the environment with an athleticism absent from previous entries. Coupled with an indicator which reveals guard awareness, sneaking feels much more precise. Now, approaching a sentry from behind no longer results the arbitrary detection by a mark. Naturally, cover makes an ideal location to snipe a lone guard with a silenced silverballer and when foes are alerted, these hideaways make Hitman much less of an inept bullet sponge. 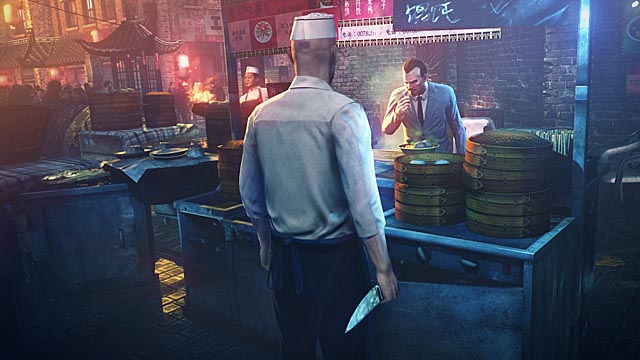 While exchanges of gunfire are discouraged, Absolution does endorse surreptitious headshots on lone guards. Pleasingly, the Precision Shot mechanic confers greater exactitude during an eerily authentic trigger pull. A gentle touch on the right trigger reduces the size of your crosshairs, allowing for pinpoint accuracy before a final, fatal pull. Alternatively, Point Shooting recalls Splinter Cell’s ‘Mark and Execute’ command, permitting players to target individual enemies before releasing a barrage of bullets through the bonces of foes.

Wisely, Absolution’s scoring system encourages using brains over brawn to dispatch your mark. Each non-essential killed steals points, although depositing bodies in each level’s liberal number of dumpsters removes the penalty. Conversely, using indirect methods such as manipulating the environment or poisoning adds to your score- with a real-time indicator removing any sense of uncertainty. Regretfully, the game’s checkpoint system isn’t as adept. While the limited number of saves in previous franchises possessed a taut feel, Absolution’s infrequent, single-use checkpoints feel like a stop backwards. 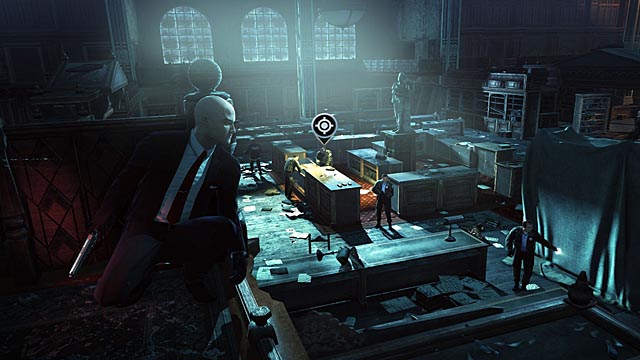 In theory, the game’s Contracts component, which allows players to construct their own missions from the stage’s pre-built levels sounds gratifying. Gamers simply identify an NPC target, using Absolution’s array of weapons, costumes to execute the mark. Asynchronously, competitors try to beat the player’s time and score, while complying with the same homicidal variables. Although Contracts is gratifying, it will likely leave players yearning for more independence. Being able to build your own custom milieus instead of using the game’s existing ones would have exponentially more enjoyable.

With many franchises providing annual iterations, Agent 47’s six and a half year hiatus seemed like an eternity for series supporters. Fortunately, Hitman Absolution was worth the wait. Barely acknowledging contemporary inclinations in gaming, the title is a thoughtful, protractedly-paced stealth puzzler which stays true to its roots. While Sam Fisher may have sought stardom through simplified mechanics, Agent  47 remains the stalwart slayer he’s always been. Bless his murderous, old soul.