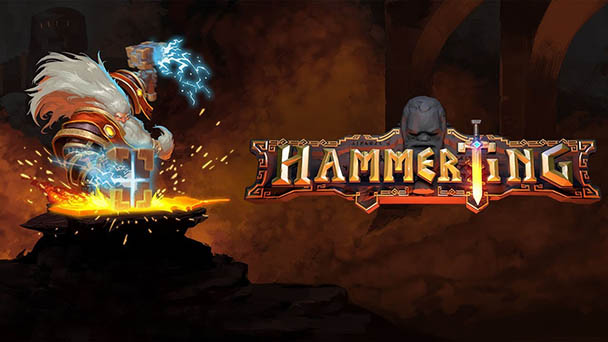 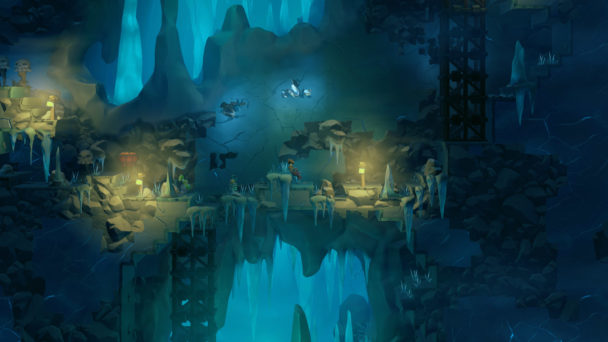 When it comes to Tolkien-inspired works, Hobbits, Humans, Elves, and Orcs seem to get all the attention. But with the Early Access release of Hammerting, the oft-overlooked Dwarves get the recognition they rightfully deserve. The title isn’t finished, with several fundamental parts that still require additional development. But if Stockholm-based Warpzone Studios’ can apply a Dwarven-style work ethic to this mining colony simulation, Hammerting could be worth checking out. Especially, if you find Dwarf Fortress’ rudimentary visuals a bit off-putting.

The bulk of action takes place deep within the procedurally generated mountains of Mara. Outside, conflict between the League of Methis and the Dread Horde. You play a passive role in the fight and are tasking with supplying crafted materials that can help turn the tide of battle. Failing to deliver the proper goods doesn’t lead to an immediate ‘game over’ but it is detrimental to the League of Methis’ ambitions. 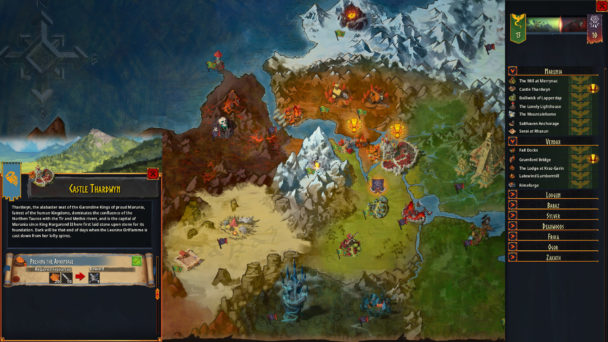 The lack of an abrupt ending means you’ll have time to discover Hammerting’s elements without the constant fear of having to restart your mining colony. Given the game’s Early Access state, you’ll have to learn many of the game’s workings on your own. Sure, the in-game Book of Tings will help players become acquainted with the user interface as well as perform common tasks. But when it comes to making progress through crafting, cultivating technological knowledge for the colony, or even growing your Dwarves abilities, you’ll have to experiment. Basic architecture is one of the areas in need of guidance, and it would be great to see suggested construction locations after selecting say, an elevator.

Fortunately, learning is a fairly enjoyable pursuit with Hammerting. Initially, you’ll be giving orders to a trio of stout workers through a system not far removed from the real-time strategy genre. Here, you’ll be able to issue commands to move to a specific location or attack enemies. But unlike most RTS titles, you won’t order specific units around. Instead, commands to build stairways, rooms, and even craft the granite used for construction are largely tackled autonomously. You state what and where you want something built, and one or more Hammerting’s dwarves usually moves and completes the job (if there’s enough materials). 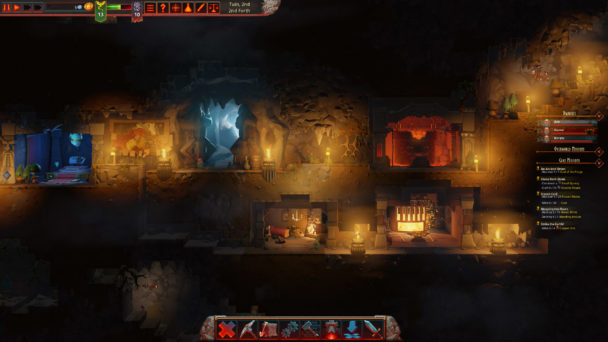 Given the game’s current state, mine colony management is burdened with a few frustrations. Occasionally, one or more of your Dwarves can get stuck on a piece of the environment. While randomly-spawning adversaries don’t exhibit much resistance early on, they have a tendency for environmental destruction. You’re urged to build rooms for your hard-working miners as well as chests to secure their treasures. Aggravation can occur when monsters are breaking down the doorway to their Dwarven dormitories, and you can’t get there fast enough. Path finding is a reoccurring issue. Occasionally, after marking a stretch of terrain for excavation, they’ll take the longest route to the construction site. Sporadically, the work crew will just abandon a job. While there’s scaffolding present when building a foundry, my Dwarves couldn’t complete the ceilings on the structure forcing a time consuming rebuild.

But like an RTS, there’s sporadic bursts of satisfaction as you accomplish your goals. When things work, Hammerting’s laborers scurry about to complete their next assigned task. From mining through the mountain, to creating spacious, five-tall quarries, or farms, you transform a barren mountain into an expansive habitat. Naturally, you’ll unlock additional room types as you go along- and managing elements like fuel use or soil quality requires some savvy micro-managing.  Dwarves want a place to call their own and creating and furnishing a lodge for them captures a gratification similar to Animal Crossing. 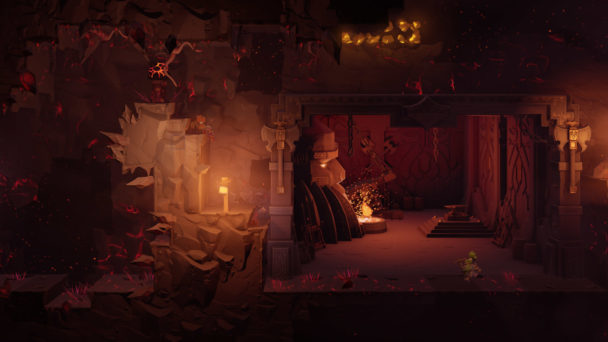 Currently, Hammerting proves a bit of assistance, but more would be useful. Designate a space for an elevator and the game will display the materials that are needed for competition. If you don’t have the proper items, there’s an icon that let’s you scrap the project. But occasionally, a requirement will pop up and there won’t be any hints on how to procure it. While it might be obvious that you’ll get bones after defeating a certain type of adversary, getting that specific type of enemy to spawn can be perplexing.

The game plans to expand the allied factions who are willing to trade, which could lessen some of the more difficult obligations. While this component isn’t finalized yet, further development could really boost the economic component of the game, and open up a branch of strategic possibilities. Pleasingly, developers Warpzone Studios monitor their Discord server for player feedback and provide steady updates to the game’s experimental branch. What’s more, there’s full mod support, allowing users to radically alter the whole experience. 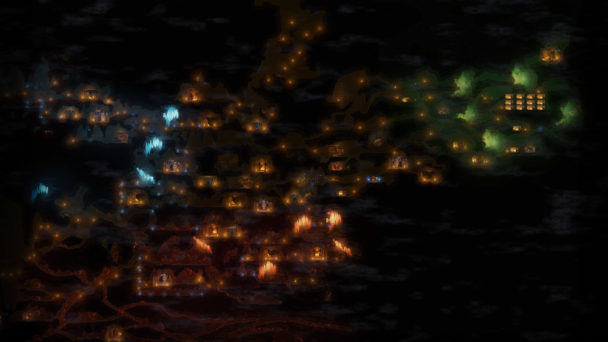 Although Hammerting’s aesthetics aren’t astounding, they undoubtedly create a sense of context. Zoom in on your Dwarves and you’ll notice running and mining animations that are marionette-like. But their personalities really come to the forefront when you open their character screen. Beyond dignified black-and-white portraits, you’ll find a catalog of core stats, profession statuses, and well as multi-tier talent trees. Save for an impressive lighting system that illuminates area under the mouse and casts realistic shadows, the game’s visuals are good, if unremarkable. Arguably, the same could be said about Hammerting’s soundtrack, which favor gentle melodies over Dwarven dirges.

Like any refined structure, Hammerting’s foundations are remarkable solid. Warpzone Studios’ production schedule has factored in all the conceivable components that will help flesh the game out. As it stands, burrowing through the mountains of Mara feels a bit linear and can be a rough trek at times, especially when your Dwarven dwellers ignore your commands. But potential is evident and even at this stage, constructing your own mining settlement is can easily consume hours.

Hammerting was played on PC with preview code provided by the publisher.