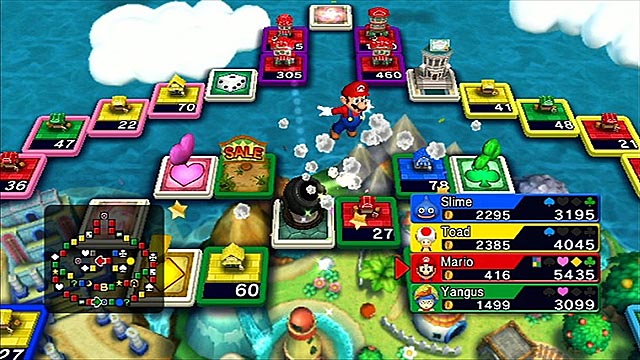 For a Luddite parent in the late 1980’s, witnessing your children stare at the flicking glow of a television, hands tightly wrapped around a controller must have been an unnerving sight. That’s probably why even fleeting game sessions were often interrupted with suggestions to “get some fresh air” or “go play outside”- recommendations which probably signified the pathway to social normalcy for a technophobic mother of father. On the days when the weather prohibited al fresco amusement, board games proposed a pleasing alternative to electronic entertainment, yet still offered a similar form of spirited competition.

Built upon a rule set popularized by Parker Brothers’ microcosm of capitalism, Monopoly, recent Wii release Fortune Street adeptly amalgamates board and video game. While it’s not the first time the mediums have been merged (2003’ Culdcept for the Playstation 2 crafted a similar union), the title represents an opportunity for Western gamers to experience a series that has thrived in Japan since 1991. As long as potential purchasers don’t mistake the back-of-the-box screenshots for another entry in the Mario Party franchise and are up for a title that stimulates the synapses, Fortune Street should be able to find a fervent following on these shores. 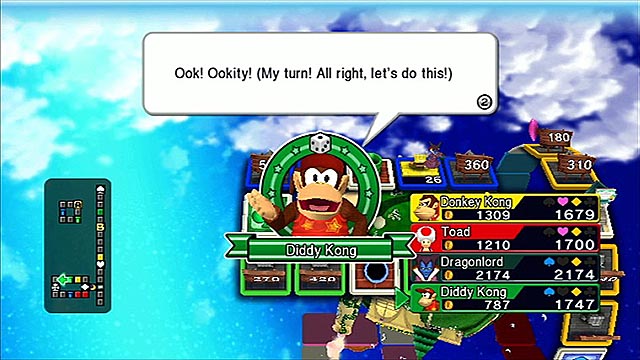 Jumping into the game’s simplified tutorial, players are thrust into a match against two other CPU-controlled rivals. For many, the game’s fundamentals will evoke excursions passing Marvin Gardens and Park Place- as participants move around the game board, optionally buying shops as they land on vacant squares. Like Monopoly, owning sets of adjacent stores increases the value of all neighboring holdings, while collecting four card suits and returning to the bank results in a reinfusion of capital and a promotion. Of course, inadvertently landing on an opponent’s property forces players to divvy up a bit of coinage; an event that can be especially punitive if the rival has invested money in their shop. 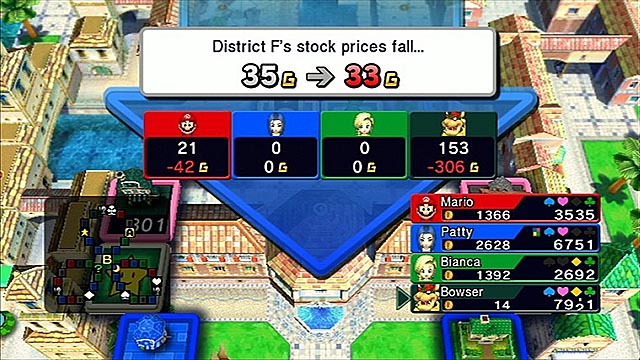 Here, passing over a bank or investment square opens up Fortune Street’s stock market, allowing gamers to speculate on the different districts scattered of the board. Consequently, when investment in a specific sector rises, players have the potential to get in on the action- even earning dividends when another participant receives shop money. These investment opportunities keep Fortune Streets race for financial supremacy taut, and can offset a string of bad dice rolls or stagnant succession of stores. With merciless players able to forcefully buyout properties owned by rivals (at a steep premium, of course) and cash-strapped players able to auction or sell stock, shifts in economic dominance are frequent; although they rarely feel unmerited.

While Fortune Street’s single player game offers a number of unlockables and an extended lesson of the title’s nuances, matches played against CPU opponents lack the exhilaration of trumping human opponents. Unsurprisingly, Fortune Streets flourishes with couch-sharing participants, with competitions erupting into rousing rivalries. Online contests are available against worldwide opponents, specific regions or versus associates linked with a friend code. Sadly, the title doesn’t support the Wii Speak peripheral, forcing players to use the direction pad on their Wiimote to communicate via preset emoticons. 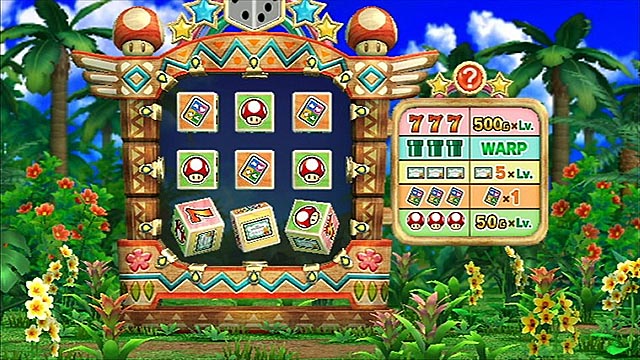 Fortune Street incorporates a pleasing selection of characters and locales from Miyamoto’s and Horii’s worlds- such as a game board which rotates around a Super Mario Galaxy-esque globe or a cameo from Dragon Quest IX’s Starflight Express, yet these trimmings are mainly inconsequential. Ideally, the title would have incorporated additional substance from its source material, naming stores and districts after the renowned characters. While some might take issue with the speed of four-player games, a number of time-shaving options exist for impatient participants. From the ability to quick save, turning off CPU chatter, to increase the pace that participants move around the board, the title has the ability to accommodate an energetic tempo.

It’s little wonder that Nintendo opted to publish Fortune Street during the holiday season. With a household full of eager gamers, the title has the potential to cultivate animated matches reaching far into the evening hours. Although the game’s boulevards may not be bountiful enough to sustain solitary players, there are enough captivating mechanics and depth to warrant a walk down Fortune Street’s avenues for table-top game appreciating troupes. 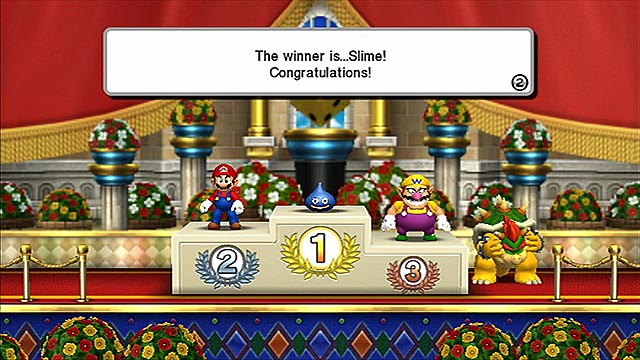 Previous: Mario Kart 7 Review
Next: New Releases for the Week of December 11th, 2011