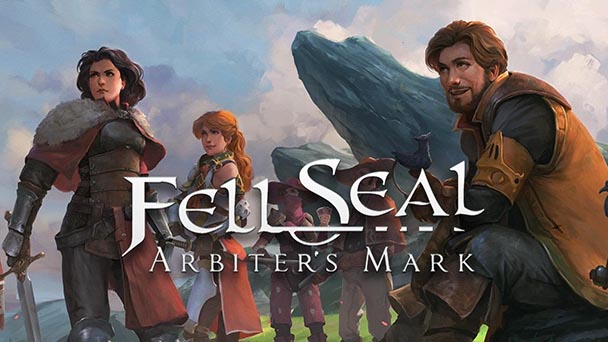 Tactical role-playing games are complicated affairs, with components like character growth and combat precariously built upon a myriad of variables. As such, it’s exceedingly easy for genre entries to drift into unfairness, forcing level grinding or an incessant rehash of stages. Anyone who has ever played Hoshigami: Ruining Blue Earth or Natural Doctrine can likely attest to this phenomenon.

But when everything comes together, the results can be extremely gratifying, as evidenced by the Langrisser, Fire Emblem, and Disgaea franchises. Here, story and statistic assuredly intermingle, engaging players with possibilities for character development and strategic potentials on the battlefield. 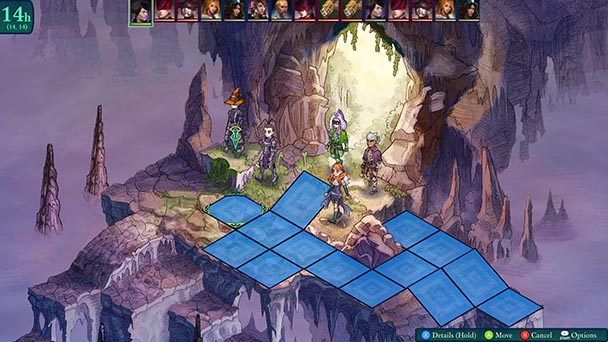 Seemingly, the odds of a two-person development team nailing the minutia of tactical role-playing seems improbable. But save for a few odd faults, 6 Eyes Studio delivers with Fell Seal: Arbiter’s Mark. As an inaugural effort, it’s remarkably prodigious, revealing a focused study of the genre, and the sporadic instance of shunning convention.

Luckily, Fell Seal is built upon a foundation that consists of more than just figures and balanced battle algorithms. One of the game’s strongest constituents is its storytelling ability. After selecting from a multitude of variables that can fine-tune the difficulty, the game opens with a brief cinnamic detailing the creating of the Immortals. Centuries ago, these seven warriors dispatched a demon that threatened the world, and forged a governmental-like Council tasked to deal with any subsequent threats. 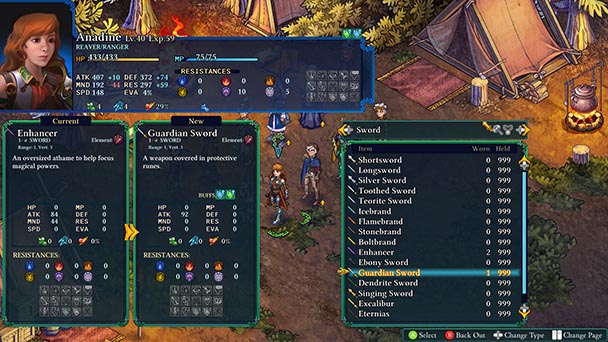 The relatively few number of Immortals means that they are administrators, with high-level command. As such, they created a larger group known as the Arbiters to serve as an executive branch, effectively policing the world. The game’s first battle tasks a group of Arbiters with bringing a killer to justice. But quite quickly things become complicated, when the killer is revealed to ‘Marked’, a budding Immortal endowed with executive privilege.

Remarkably, Fell Seal doesn’t try to ape traditions of amnesic protagonist destined to save the world. Instead, it’s plumbs ethical issues, exploration the causes of corruption and the nature of governance. While these might seem like heady topics, the title avoids the loquacious dialog you might expect. Instead it’s succinct, with 6 Eyes paring it down to the essentials. This economy of words works wonders, sustaining an interest that barely wavers across the game’s 35+ hour playtime. 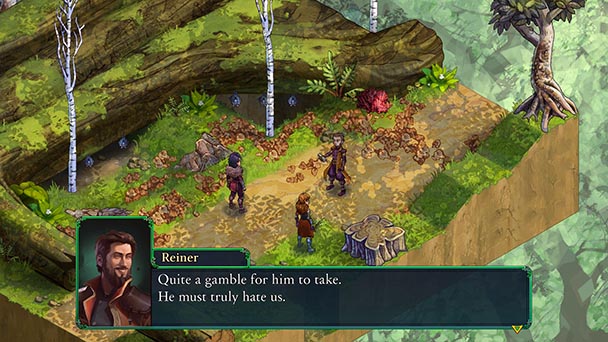 A significant portion of that playtime will be spent in combat, since the developers generally avoid the kind of laid-back encounters which reiterate who strong your party has become. Sure, there’s the option to grind if you are seeking the contentment by overwhelming enemies. But pleasingly, that’s not a compulsory approach.

Instead, you’ll want to carefully think about the placement of your party members. Echoing the mechanics used in Final Fantasy Tactics, Fell Seal splits its grid-based, turn-based combat into two stages: movement and attack. The former is articulated with blue highlighting that shows the range of your character. At the end of your turn, you’ll also select the direction of your character, which is critical because rear and side attacks deliver increased damage. Offensive assaults come in two forms, with melee attacks striking adjacent squares while ranged attack and spells Fell Seal display the area of effect, eliminating any uncertainty from your strategizing. 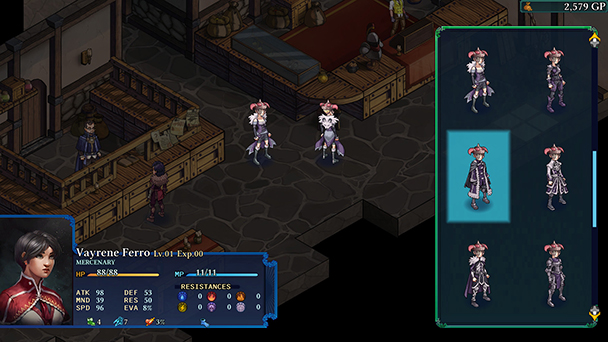 Unfortunately, you’re not able to rotate nor adjust the level of zoom on the map. As such, Fell Seal maps were designed with a minimum of visual obstacles but occasionally, you’ll wish you could glean a different perspective on the action. Another minor issue centers around when enemies have the Mystic Shield ability. This capability means that incoming damage will be countered by their supply of mana points. But the game doesn’t articulate this well enough, with players potentially puzzled by the apparent resistance. Heed created character Dory (the Destroyer)’s mantra and ‘just keep swinging’ and you’ll eventually start dipping into their HP pool.

When it comes to character growth and inventory management, Fell Seal contributes a few smart decision decisions. Gracefully, the game blends it’s premade and custom characters well. At the onset you’ll have a fairly synergistic party but you’ll be able to augment the team with new members that suit your play style, even recruiting higher level characters for a bit of coin. Growth is handled quite well, with characters steadily unlocking new jobs that provide active and passive abilities. Pleasingly, the game shirks strict specialization, with sub-classing encouraged though the quick mastery of vocations. Often, I don’t experiment with aptitudes, focusing on the essential for survival. But Fell Seal lets you have fun with character classes, which feels indulging. 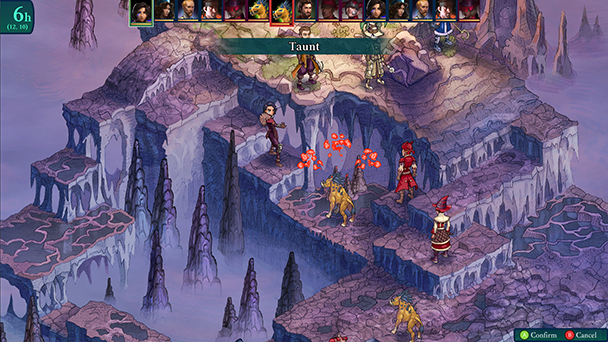 Occasionally, your characters will suffer injury in battle and need a break to rest, or else their fight at reduced effectiveness. Effectively, it’s a ploy to cultivate a B-team, adding an interesting managerial wrinkle to the proceedings. Fell Seal’s other contribution is how consumables are handled. Instead of regularly buying potions before every battle, you craft a specific number of elixirs that are automatically carried into each fight, adding a bit of efficiency. One traditional aspect that didn’t make it into the game is a preview of what kind of foes you’ll be fighting. Given the emphasis on secondary squads, I would have liked a bit more intel before heading out.

Tactical role-playing games are a rather traditional genre. Given their complicated nature, we rarely see widespread innovation but rather small developments that produce muted distinction. Satisfyingly, Fell Seal: Arbiter’s Mark deliver an assortment of welcome advances. From an engrossing story built around relevant issues to making grind elective, this two-person indie team outperforms the efforts of much larger studios.

Fell Seal: Arbiter’s Mark was played on Switch
with review code provided by the publisher.

Fell Seal: Arbiter’s Mark review
Tactical role-playing games are complicated affairs, with components like character growth and combat precariously built upon a myriad of variables. As such, it&rsquo;s exceedingly easy for genre entries to drift into unfairness, forcing level grinding or an incessant rehash of stages. Anyone who has ever played Hoshigami: Ruining Blue Earth or Natural Doctrine can likely attest to this phenomenon. But when everything comes together, the results can be extremely gratifying, as evidenced by the Langrisser, Fire Emblem, and Disgaea franchises. Here, story and statistic assuredly intermingle, engaging players with possibilities for character development and strategic potentials on the battlefield. Seemingly,&hellip;

Summary : Far too many crowdfunded games end up producing tinges of disappointment. Fell Seal: Arbiter's Mark is the all-too-rare exception, filled with creative ideas and execution to back it up.