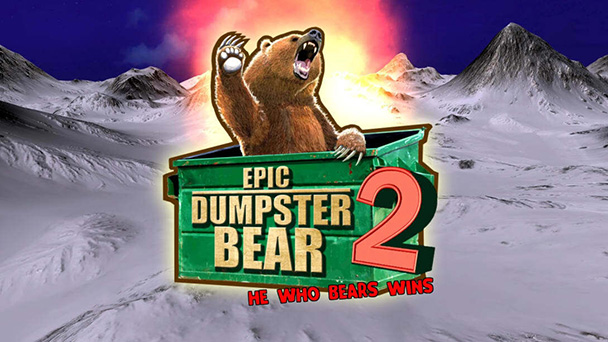 The title is nearly nonsensical and the visuals are rudimentary. But this peculiar little platformer is surprisingly entertaining. 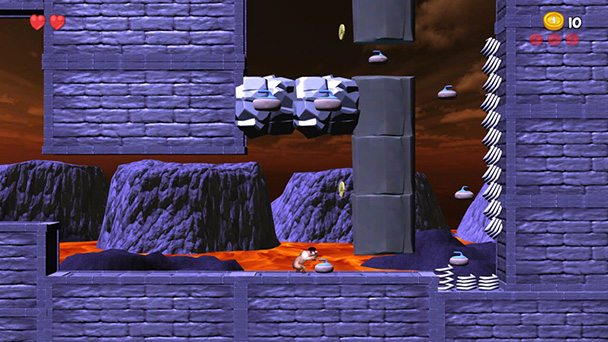 Digital marketplaces are filled with meme games- unpolished titles that flaunt an ironically amateurish appearance. Like their internet namesake, these titles might provide a gentle laugh but playing them often doesn’t provide the traditional sense of satisfaction.

At first glance, Log Games’ Epic Dumpster Bear 2: He Who Bears Wins seems to easily fit into this category. Like its 2016 Wii U predecessor, the follow-up looks like it was cobbled together with royalty-free Unity assets. Players seize control of a tiny brown bear brought to life with a modest number of animation frames. The game’s environments are relentlessly utilitarian, with lots of drab stonework, otherworldly mountains, and monochromatic hornets that look like they belong in another game. I’m not even sure what the destructible blocks should be- perhaps giant wads of crumpled paper? 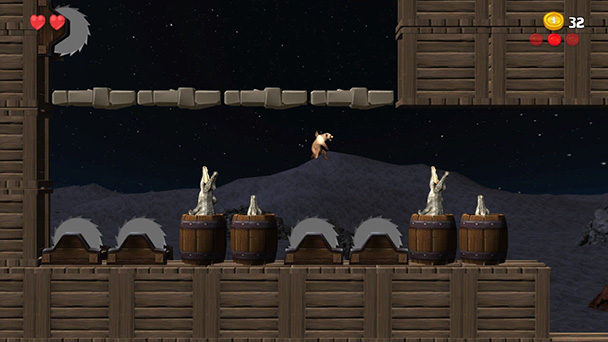 Diddy And Tails Would Approve

Even the game’s narrative, which picks up with Dumpster Bear disrupting the efforts of an evil corporation and subsequently crashing into barrels of toxic waste, seems reverse-engineered around the game’s shallow asset pool. But give the revengeful creature a go, and you’ll find a surprisingly enjoyable effort that pays homage to sixteen-bit platforming classics.

Crucially, Epic Dumpster Bear controls reasonably well. The character has an elevated double-jump that can be extended even further with an attack. Last time out, Dumpy’s offensive abilities were limited to jumping on foes. Now, be projects a bright blue aura, which even comes with a few i-frames- perfect for those blue murder hornets. The protagonist can ninja-jump from walls, however climbing the infrequent staircase can introduce an annoying bit of kick back. Some levels even provide peculiar power-ups, like the hat that grants unlimited, explosive curling stones. 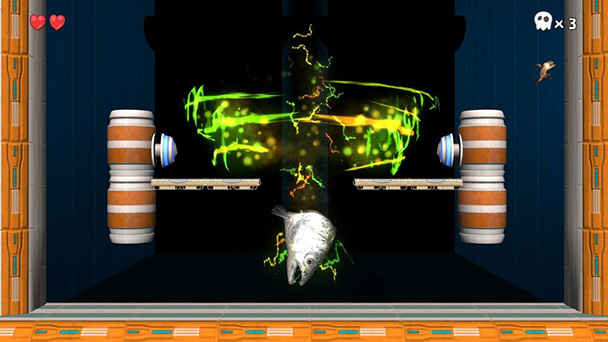 And while the control is surprisingly good, it’s Dumpster Bear 2’s stage design that’s the real winner. Echoing the creativity of Donkey Kong Country and Sonic the Hedgehog’s sense of speed, the majority of the game’s 50+ levels are remarkably enjoyable. Built to accommodate speed runs, there’s a sense of flow as you leap off of spring-pads, ride moving platforms, while evading hazards like flame throwers and cannons. Smartly, Log Games makes almost every stage distinctive, adding components like interactive switches, swinging axes, or rotating fans. There are even red translucent orbs that function just like Donkey Kong Country’s Barrel Cannons. The obligatory boss battles bring a bit more wackiness to an already absurd game.

If you are able to look past the simplistic visuals, Epic Dumpster Bear 2 is surprisingly fun. There are some mobile game-style incentives to replay levels, challenging you to seek three hard-to-reach red coins, earn stamps, or earn some salmon. And it hard not be charmed by the bear facts that are shown during the brief level loads. I expected to loathe Epic Dumpster Bear 2, but easily mined five-dollars’ worth of enjoyment from the well-engineering platform. 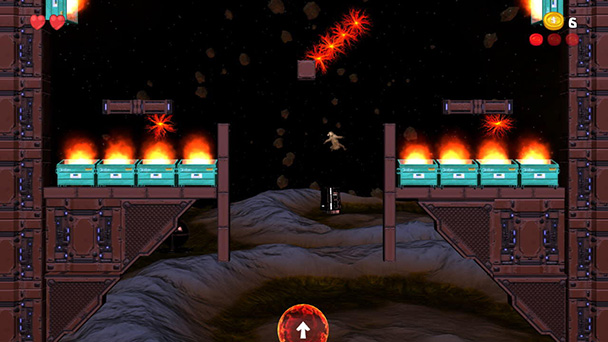 Epic Dumpster Bear 2 was played on Switch with
review code provided by the publisher.

Epic Dumpster Bear 2: He Who Bears Wins mini-review
The title is nearly nonsensical and the visuals are rudimentary. But this peculiar little platformer is surprisingly entertaining. Digital marketplaces are filled with meme games- unpolished titles that flaunt an ironically amateurish appearance. Like their internet namesake, these titles might provide a gentle laugh but playing them often doesn&rsquo;t provide the traditional sense of satisfaction. At first glance, Log Games&rsquo; Epic Dumpster Bear 2:&hellip;

Summary : Epic Dumpster Bear 2 is a pleasant surprise. Despite looking like a student project, the fast, sixty frame-per-second action won’t leave you growling in disappointment.