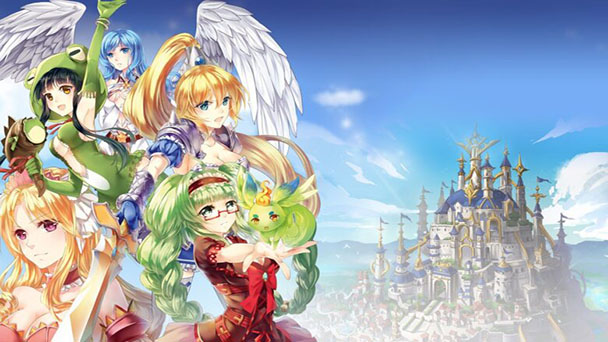 Empire of Angels IV shows that strategy role-playing games don’t need intricate systems or wordy conversations. Simplified and filled with appealing characters, this makes for a delightful showing on Switch. 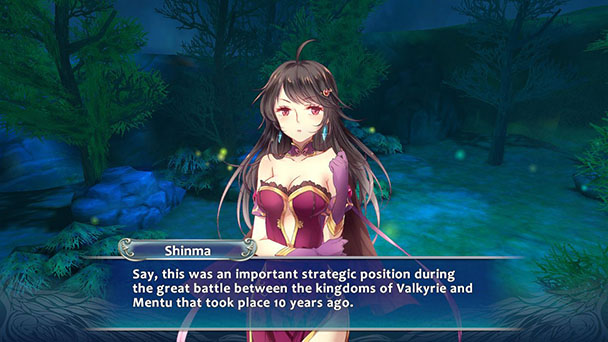 Empires of Angels IV makes an uneven first impression. Sure, the game’s introductory cinematic, an infectiously upbeat opening song entitled, “Angel” provides the kind of preface you might associate with an anime series. There’s the archetypal preview of the main cast, eye-catching transitions, all in time to Searlait’s Mandarin vocals. So far, so good.

But then the game proceeds to deliver a perplexingly dense one-minute and forty-five second lore drop. Factions, rivalries, and history whiz by as you see shots of manga-style characters. Given the presence of a roman number signaling that this is the fourth entry in a twenty-four year old series, concerns might arise. 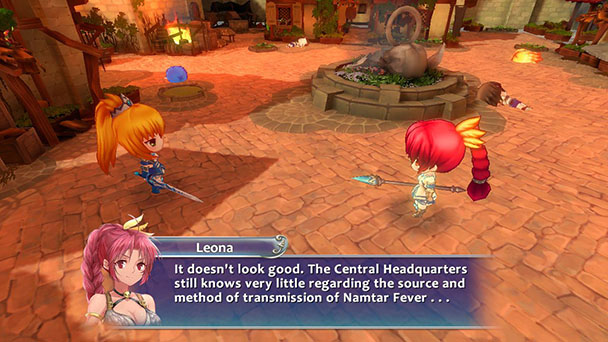 Is Starting with the Forth Entry a Good Idea?

Fortunately, entries in Taipei-based Softstar Entertainment’s franchise function as standalone entries. As such, you’ll eventually discover more about the series’ reinterpretation of Asgard. Instead, you can relax, as you follow the exploits of the all-female Namtar Investigation Team. The squad’s mission to stop a plague that’s infecting the populace with violent tendencies.

Unlike strategy role-playing games that often offer long-winded exposition, Empire of Angels IV is joyfully concise. There’s little philosophical pondering when people’s eyes transform into the kind of hollow circles than animation uses to signify fury or perilous exhaustion. Instead, you’ll spend most of your time on grid-based battlefields. 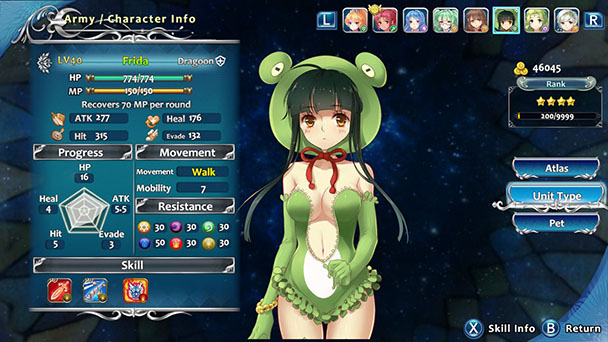 Empire of Angels IV keeps gameplay fairly single, making it a respectable entry point for genre newcomers. But one trait that might be disconcerting is the lack of protracted tutorials. Sure, there are some brief pointers for many of the game’s systems, but Angels wants you to learn about its nuances on your own.  Fair enough, ladies!

Combat revolves around you and an opposing team taking turns. On each turn you’ll move individual members of your squad, as well as assault with physical or magic-based special attacks. Use of the latter is regulated by action points and occasionally, cooldowns. Maps are decently sized and you’ll find a variety of mission types, that range from eliminating all adversaries, trekking to a point, or surviving for a predetermined number of turns. 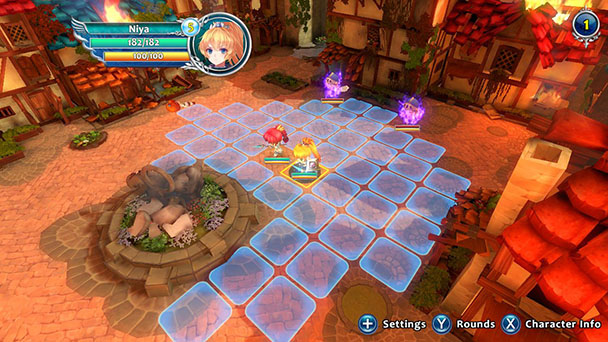 Expectedly, different classes have distinct ranges, so you’ll learn to position yourself where foes can’t counter, such as being adjacent to an archer. What’s interesting about Empire of Angels IV is there’s no option to act and then move, which might be a deliberate attempt to simplify the proceedings. As it stands, you don’t have to worry about factors like elevation, rear- or side-attacks, or stacking units to create a combo.

Despite the streamlining, there’s plenty of enjoyment to be found. Some of this stems from optional sub-quests, which task players to finish before a certain number of turns or ensure that every character avoids getting knocked out. Treasure chests are seductively placed on the periphery of the battlefield, luring a lone angel away from the protection of the team. While there are elemental bonuses, they shirk Pokémon-like predictability. You’ll have to learn about the effectiveness of your arsenal through trial and error. 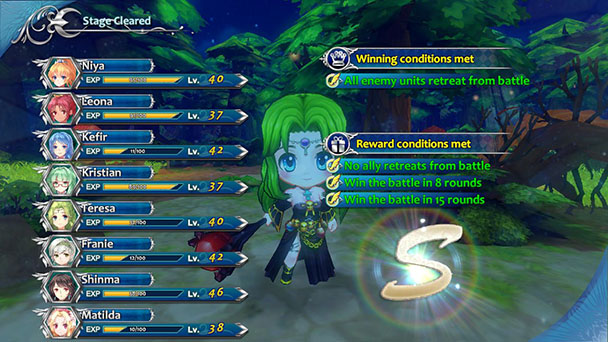 Remarkably, Empire of Angels IV doesn’t bog players down with equipment or inventory management. Instead, these stats are embedded into the efficient class system. Here, advancement is first spread out across tiers, before the fourth stage presents players with a lone option. For those who find satisfaction for building a synergetic team, know that Angels doesn’t provide too much autonomy. (That said, you’ll probably want some healers). Instead, the game’s focuses on more accessible undertakings such as collecting new pet summons and logically, meeting new characters.

While killjoys might disparage some of the clothing or how armor falls off defeated opponents, Empire is far more comical than carnal. The game’s character portraits are more cute than suggestive, and when a super deformed combatant loses her clothing, it’s not far removed from Ghosts ‘n Goblins’ Sire Arthur scampering around in his heart-adorned boxers. While character models aren’t complex but the upside is that the game keeps a fluid framerate on Switch. From the battlefield flyovers to special attacks, Angels makes a respectable showing on Nintendo hardware. 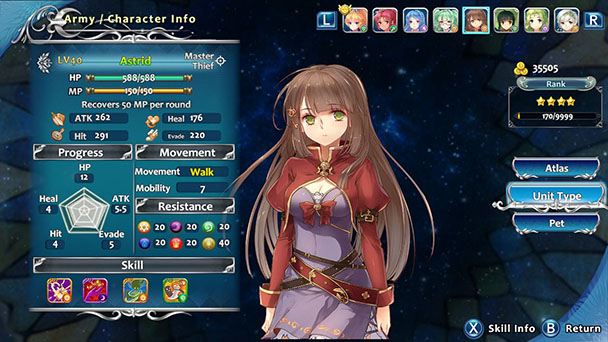 Despite the dodgy first impression, the game amends for its early transgression. You’ll learn more about the game’s cast, from backstories to motivation, and they’ll eventually grow on you. Although the localization isn’t perfect and there’s some clunky dialog, it’s unmistakably improved over the PC version. Still, I wouldn’t let a few grammar lapses stand between you and these charming angels.

Empire of Angels IV was played on Switch
with review code provided by the publisher.

Summary : Empires of Angels inaugural console debut is a lowkey winner, with simplified SPRG and a charismatic cast of characters.