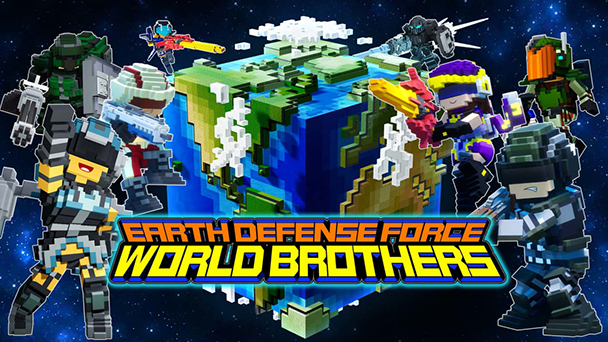 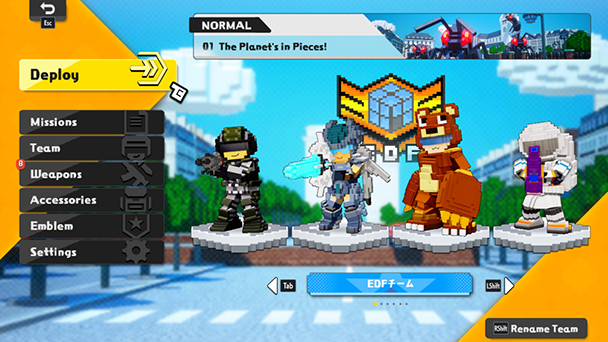 Across 25 missions, players assumed the role of a soldier of the eponymous Earth Defense Force, employing over a hundred different weapons to suppress an alien invasion of giant ants, UFOs, and a giant lizard.  Paying homage to campy Western B-movies as well as the tokusatsu genre, it is hardly surprising that the title developed a cult following. The thrill of using razing entire buildings just to eliminate a few insects proved to be impish fun. Meanwhile, expanding you alien-annihilating arsenal with new devices was a gratifying incentive. 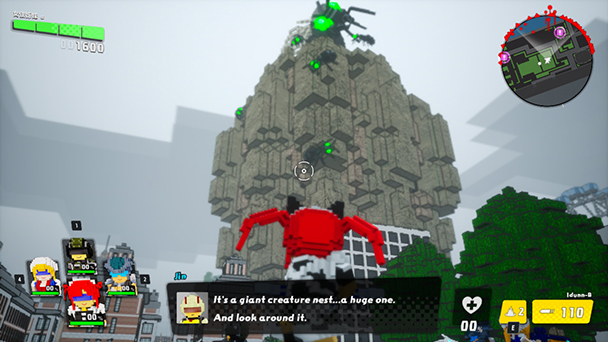 In the ensuing years, Sandlot, as well as Vicious Cycle Software and Yuke’s produced a succession of sequels. Each gradually iterated on the franchise’s foundations, improving the rudimentary visuals, stabilizing the framerate, and contributing a mounting amount of storytelling. This trajectory eventually led to 2019’s Earth Defense Force: Iron Rain. Reactions were understandably mixed when Iron Rain resembled more of a serious, full-priced shooter than the captivating quirkiness of earlier entries.

Flaunting the kind of vibrantly colored voxels found in Minecraft and Roblox, Earth Defense Force: World Brothers’ visuals signal a return to the franchise’s lighthearted side.  Here, a block-shaped Earth has been attacked, splitting the planet into six different sides. The shift to a cubist context isn’t just a graphical variant for EDF. Now, if you’re not careful, it’s easy to step off the side of the zone, leading to a hit on your health bar as you are respawned. And yes, soldiers will joke about the Earth being flat as they fall, demonstrating that the game’s sense of humor is back. 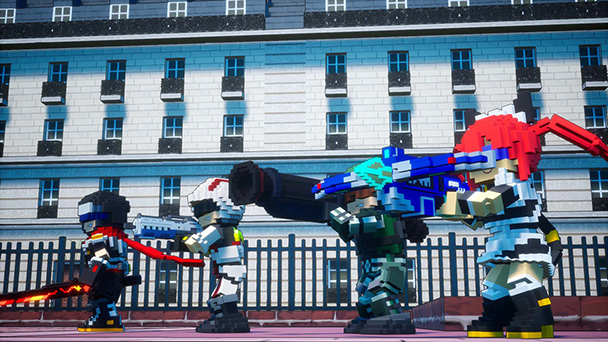 But that’s not the only change introduced with World Brothers. While familiar creatures reappear in blocky form, there’s fewer of them onscreen at any given time. Not only does this lower the minimum specs on PC (Iron Rain needed at least a GTX 750, World Brothers can get by on a GT 630), but you’ll find yourself often aiming at individual foes, rather than shooting rather indiscriminately into a twitching jumble of adversaries. AI behaviors have been altered too. Opponents are better at aiming, forcing you to play a bit more defensively, dodging gobs of orange acid or spider webbing.

As a longtime EDF fan, I was worried about World Brothers changes to weaponry. After all, some of the franchise’s enjoyment stems from earning and then trying out your new weapons. But the more time I spent with the game, the more I appreciated the overall adjustment to classes and weaponry. Instead of the standard four soldier classes, World Bros centers around rescuing three combatants in each stage. Once resuscitated, these global soldiers are ready to be deployed on future missions, armored with a signature weapon. 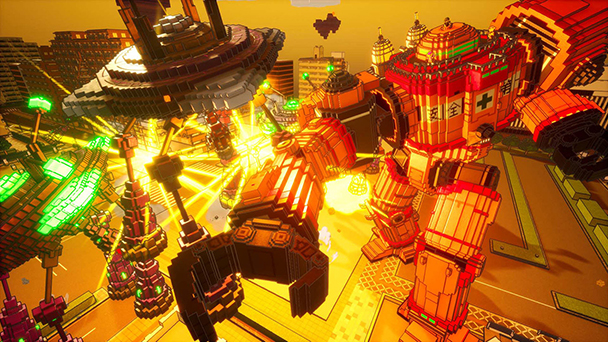 Sure, these new recruits have familiar traits, with some jetpacking around like a Wing Diver/Jet Lifter, while others are decidedly slow and tank-ish. But distinction is rooted in their special ability. Rescue Mexico’s Amigo Brother, and you’ll have access to Molotov cocktails that produce a flaming area-of-effect as well as a serenade that can power-up nearby colleagues. Elsewhere there are ninjas, Spartans, royal guards, and six-gun shooting Americans, each offering playful caricatures of world cultures.

Amassing the hundred brothers across 50 stages offers a pleasing variation on the franchise’s traditional weapon collecting. A few smart design decisions support this change. First, any duplicates that are discovered elevate the level of your brother. Second, world bros aren’t limited to their default firearm and can be equipped with a multitude of different weapons once they’ve gained combat experience. While the combination of weapon and special ability provide distinction for each combatant, it would have been great to have access to a secondary gun. 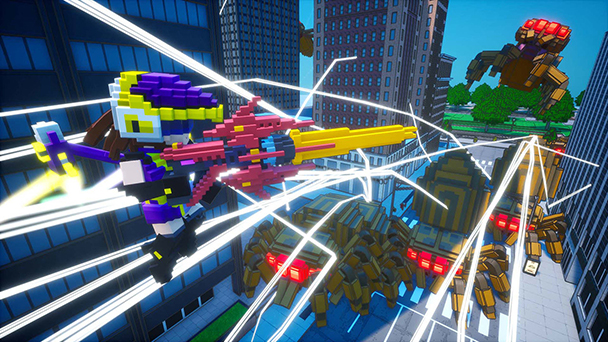 As such, there’s a lot of leeway in the creation of your squad. While you can cultivate a veteran strike team that’s adaptable enough to fight any threat, you can also madcap assemblage of cat girls, maids, and mecha. This means you can compile a team that’s ill-equipped to take on say, flying foes. But the feeling of autonomy habitually outweighs the frustration, save for the game’s defensive-oriented stages. Pleasingly, members from all previous EDF games make an appearance, as well as franchise vehicles, making World Brother feels celebratory. The only thing to dampen the spirits of this party is the presence of a season pass, which does add characters like OneeChanbara’s Riho Futaba, Aya, and Saki as well as eleven new missions.

PlayStation owners can enjoy local split screen while Switch devotees might appreciate LAN-play (which requires each combatant having their own copy of the game). But soloists shouldn’t feel left out. World Brothers permits individualists to swap control of combatants with a tap of the directional pad. Given the AI’s indifference in revising downed teammates and the persistent display of special move gauges, you’ll probably switch between characters regularly, which adds to the intensity of single-player games. 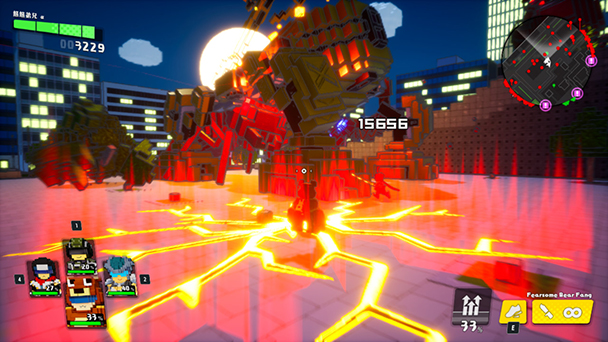 Humor is rooted in the game’s dialog with combatants often offering amusing assessments of the alien takeover. At least one character provides technical commentary, divulging details, such as which game first featured a certain adversary. Their counterparts are oblivious to the fourth wall fracturing dialog, making for an incessantly entertaining and informative interchanges. If the English voice over isn’t to your liking, you can switch to Japanese, Korean, or Chinese from the main menu. When using a controller, the game is persistently responsive, but mouse-and-keyboard input seems to suffer from the same aiming fault as Iron Rain. Hopefully 1:1 mouse tracking is patched in.

Some might complain there’s less content in World Brothers, with a campaign that extends across sixty briefer missions. That reservation is understandable given the delight in earning and experimenting with new weapon drops. So, while comprehensive play hours might drop, Earth Defense Force: World Brothers drip feed of gratification delivers at a quicker pace. As such, Yuke’s latest entry amplifies the enjoyment, showering players with unlockables while weapons and characters that are a delight to deploy. Earth Defense Force has come a long way since its auspicious debut. World Brothers retains the eccentricity and accessible play, while giving the visuals an inspired overhaul. Hopefully, the spin-off is an enduring as the main franchise. 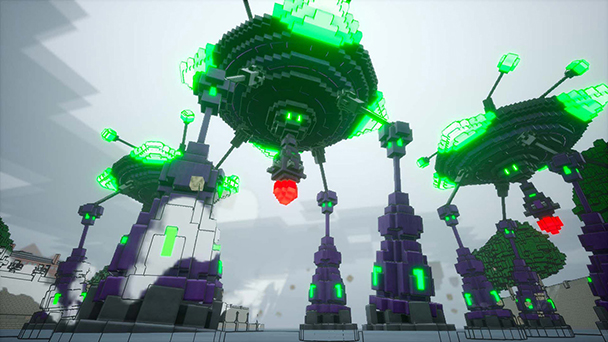