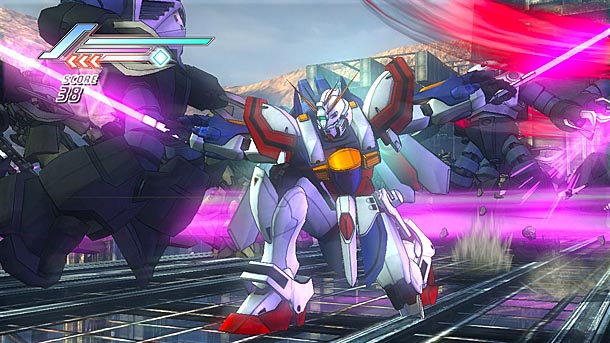 Over the last fourteen years, musuo masters have seen the Dynasty Warriors series recontextualized to a number of interesting settings- from Samurai Warriors’ feudal Japanese context, Warriors: Legends of Troy‘s Homeric era, to Bladestorm: Hundred Years’ War‘s Western Europe. While each of these historical venues are enticing, none can hold a candle to the giant, skirmishing mobile suits of the futuristic Gundam universe.

Regretfully, the two previous entries in the Dyanasty Warriors: Gundam series relied too much on Koei’s familiar formula. As such,  directing Amuro Ray didn’t feel wildly different from say, controlling Guo Huai- which was disheartening to any mecha enthusiast.  While the third entry in the series still abides by hack-and slash tradition, the game’s array of collectables, strategic elements, and gameplay tweaks might be enough to tempt even hardened Dynasty Warriors detractors. 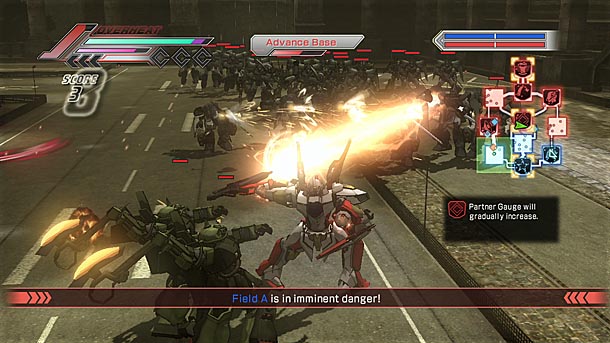 With a narrative which transports protagonists and villains to an alternative universe, Dynasty Warriors: Gundam 3‘s plot may seem silly, but its new start doesn’t require any knowledge of Sunrise’s animes. Smartly, each of the story mode’s collection of characters perceive the  plotline from their own vantage point- allowing players to see the world from a divergent perspective once they take control of a former foe. While some might seem to find the dialog and in-game e-mail messages too verbose, each helps to flesh out Gundam‘s web of relationships.

However for most players, the focus will be on conflict, not conversation. Aptly, the developers made a number of small changes which combine to give Gundam 3 a fresh feel. Arguably, the most rewarding element is the addition of a chain explosion- where defeated foes fall backward with a pink burst, potentially blowing up their own teammates. Despite seeming like a trivial tweak, this supplement makes clearing crowds of enemies extremely gratifying. Much like Warriors Orochi 2’s Team Assist, pilots can also call for a fellow Mobile Suit to release a devastating attack with the Partner Strike. Defensively, an Emergency  Dash can be used to evade an imminent hit, or even recover after an opponent attacks. While many of Gundam 3′s enemies still politely wait for a laser to lacerate a limb off, advanced adversaries now follow the player (and any allies) doggedly through each stage. 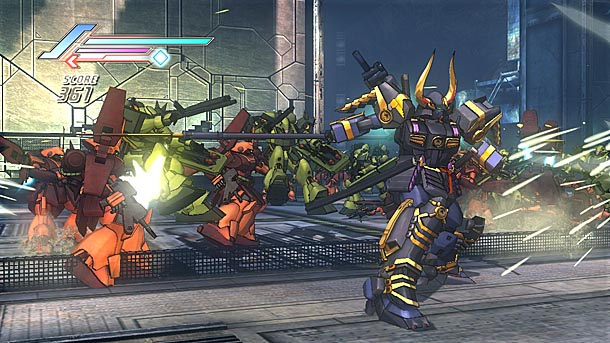 Similarly, missions have been given an overhaul as well. Instead of wandering through environments, smashing away at clusters of baddies, maps are separated into distinct control zones. Now, clashes have a specific objective, as players vie for control of resource sectors. From catapults, that are capable of instantly transporting your mobile suit to a hot spot, or cannons- which pepper enemy field with demoralizing fields of fire, regions often hold strategic advantages, requiring players to have a purposeful plan of attack. Once players whittle down the strength of the opposing force (indicated by a bar graph), a mini-boss typically requires defeat before the mission is completed. Alternatively, some missions take place in a single spacious region, tasking players with defeating a larger boss character. Regretfully, the musuo mechanics which work well against hordes of foes are monotonous against a single opponent.

Gratifyingly, Gundam 3 bestows enough collectable minutiae to keep the average player busy for weeks. Between the ability to build bigger, more formidable mobile suits as well as upgrade and unlock pilots the game’s customization options are impressive. Even more striking is the game’s selection of missions- with over 300 single-player and 15 co-operative assignments, the title delivers a cornucopia of content, testing the stamina of steadfast completionists. While some might find that Gundam 3‘s hack-and-slash gameplay drifts into tedium, the thrill of unlocking a new weaponry produced a Pokémon-like perseverance, and I struggled to collect every last suit from Mobile Suit Gundam 00, UC, Zeta, ZZ and Char’s Counterattack. 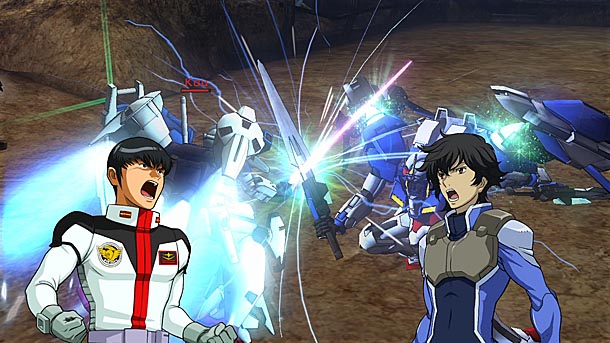 Both sonically and visually, Gundam 3 is a overwhelming success. Pleasingly, dialog can be set for either Japanese or English, with voice actors from both languages delivering a proficient performance. The title’s decision to offer cell-shaded characters and environments allows the game to capture the spirit of the anime, while keeping a consistently solid framerate on both platforms. While the character portraits used in conversations don’t emote fastidiously, they are able to convey the emotions of the game’s personas.

If players can get past the obvious prerequisite, by showing tolerance toward Dynasty Warriors: Gundam 3’s combo strings and traditional musuo mechanics, the title has the potential to cultivate long-term satisfaction. While the exhilaration of slaughtering a swath of adversaries isn’t unique to the title, the thrill of doing so in a content-crowded crammed and brilliantly fine-tuned Gundam universe certainly is. 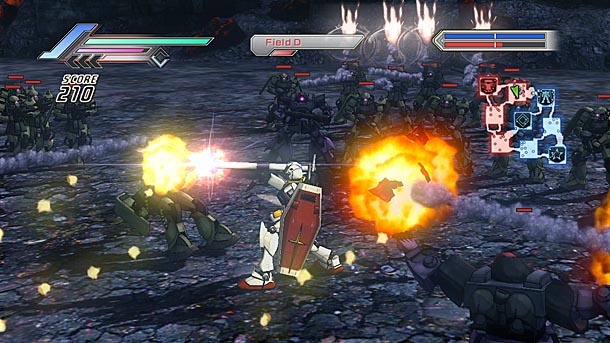