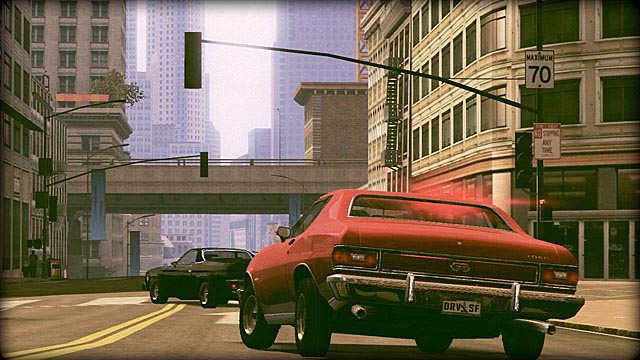 From the fastidiously detailed facsimiles of actual firearms in most first-person shooters to the exhaustively researched recreation of 1940’s era-Los Angeles in L.A. Noire, there’s undeniable beauty in a carefully crafted simulation. However, this ‘devil in the details’ mindset can be detrimental to a game when profundity is favored over playability. Such was the case with the Driver series, where the developers’ aspiration to render a detailed city (which players could inspect on foot in 2004’s DRIV3R) came at the cost of delivering a consistently enjoyable experience. Smartly, recent release Driver: San Francisco knows when to shirk the shackles of verisimilitude.

The title’s departure from authenticity becomes apparent from the opening cinematic. As series protagonist John Tanner supervises the armored transfer of reoccurring antagonist Jericho, an RPG attack creates a fiery diversion, allowing the criminal to abscond. While in the pursuit of Jericho, Tanner’s vehicle is t-boned, knocking the undercover cop into a coma when his head strikes the window. Now on the fringes of consciousness, Tanners discovers he has the ability to jump into other driver’s minds. Called ‘shifting’, this aptitude allows the hero to transport his psyche high into the San Francisco skyline, before picking an appropriate target on the streets below. 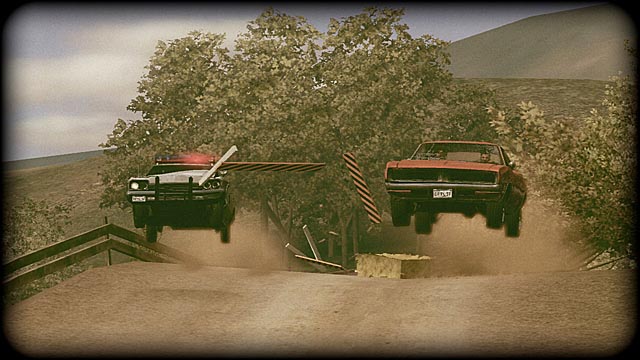 Although the ability to shift sounds upsettingly goofy, Driver: SF makes the most of the concept. From commandeering an eighteen-wheeler to stop the flight of a fleeing felon to creating impromptu obstructions, developer Ubisoft Reflections has conceptualized every one of the power’s permutations. Sure, titles such as Mindjack and The Third Birthday have used a similar mechanic, but their implementation wasn’t as consistently pleasing (and organic) as it is here. Complementing the shifting is the game’s constantly amusing conversations, which players are plunged into whenever they make a leap.

While this hook catapults Driver: San Francisco pasting most of its racing brethren, the developers astutely placed additional objectives in the game. Each successful mission bestows currency on the player which can be used to buy over a hundred additional cars and perks. Smartly, the diversity in vehicles transcends the mere cosmetic. Astute players will recognize the differences in handling between the classic Aston Martin DB5 and the contemporary DB9 Volante; even the interior views reveal distinct, truthful dashes and gauges. Additionally, completion of the game’s compulsory stages opens up supplementary, optional challenges. One especially enjoyable diversion tasks players with raising the heart rate of informants by executing wild drifts, jumps, and near misses, recalling Burnout: Paradise’s spontaneous stunt sessions. 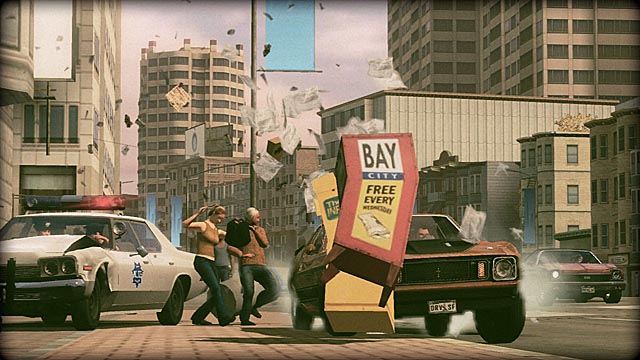 Beyond Driver’s  single-player campaign (which ends a bit prematurely), the game contains a pleasing variety of multiplayer competitions. Initially, only two modes are available. Trailblazer, sends a squad of rivals chasing the glowing slipstream of a speeding DeLorean, while Tag tasks challengers with ramming the ‘it’ player. To keep Driver: SF from becoming a disorderly, shift-centric affairs, gamers are given a cool-down time in some of the variants; other modes dispose of the ability altogether, focusing on pure drift-oriented  racing.

With an adept driving model that straddles the line between simulation and arcade racer, Driver: San Francisco allows precision handling once players scrutinize the disposition of each vehicle. At least a portion of the game’s driving model stems from the game’s framerate, which remains close to the sixty frame-per-second threshold, outside of two-player splitscreen modes. Unexpectedly, the game’s cinematics are remarkably detailed- displaying the ability to discern individual pores on a character’s face. 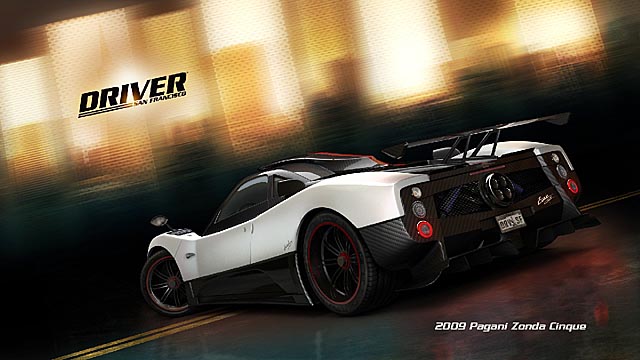 Say it with me: "Che bella donna!"

With several adept design decisions, Driver: San Francisco illustrates how a once stagnant franchise can be reinvigorated. Players that were disappointed by some of the later iteration in the twelve-year old franchise are urged to give the game another chance. Likely, they’ll uncover one of the more stimulating, creative, and gratifying racers to be released this year.

2011-09-07
Robert Allen
Previous: The Sims Medieval: Pirates and Nobles Review
Next: Podcast 8-3: Zombies Are So Dead