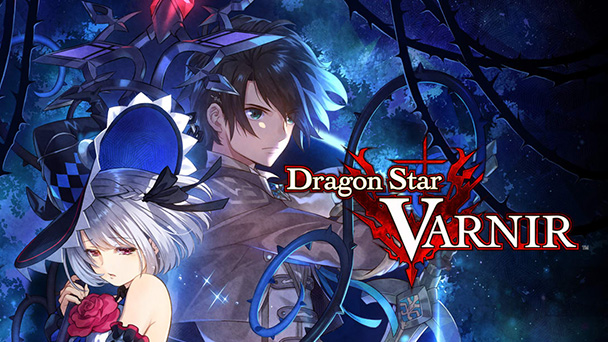 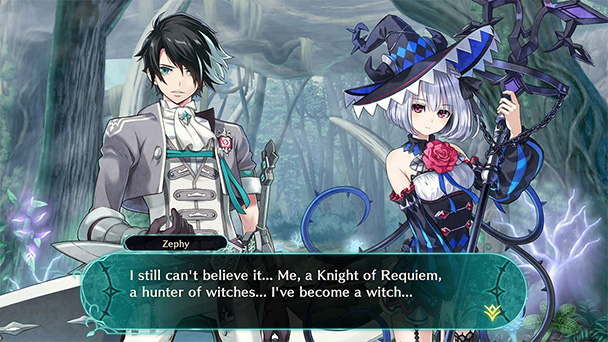 The term ‘Galápagos Syndrome’ was coined to describe an intriguing situation that emerged with Japanese mobile phones. These wondrously evolved devices were undoubtedly some of the best phones on the market. But they weren’t compatible with foreign cell networks and had distinct functionalities, restraining their popularity abroad.  Like the birds from the Galápagos islands with specialized beaks unsuited for the mainland, seclusion intermittently produces something delightfully unique.

With a nod to Charles Darwin’s avian-based observations, Toshima-ku based Compile Heart created a label named Galapagos RPG in 2013. Noting that an increasing number of domestic role-playing games had opted to incorporate Western sensibilities, the project proposed the creation of Japanese role-playing for Japanese audiences. 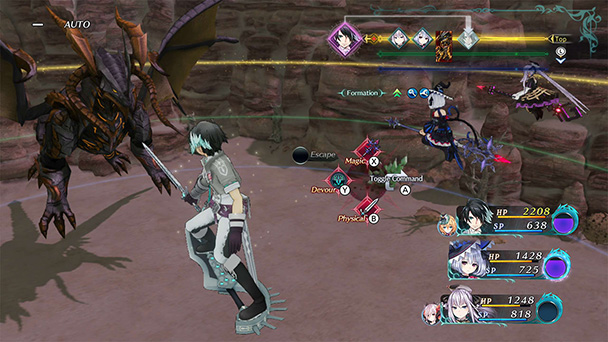 A Perceptive Understanding of Audience

Unsurprisingly, audiences around the world who were familiarized with JRPGs loved Galapagos’ output. Efforts like Fairy Fencer F, Omega Quintet, and Death end re;Quest embodied many of the characteristics that players adore about the genre. With the release of Dragon Star Varnir, the team delivers yet another solid title which incorporates a multitude of time-tested tenets. But remarkably, there’s a hint of universality throughout, with Vanir drawing from Western lore. Mercifully, a generous amount of fan-service is a reminder that Galapagos hasn’t compromised their principals (which caused Sony’s censors to suppress two innocuous scenes).

From Fairy Fencer F’s Arthurian ‘sword pulled from the stone’ set-up to Mary Skelter: Nightmares’ roster of famous literary characters like the Little Mermaid, Red Riding Hood, and Rapunzel, this isn’t the first time that a Compile Heart title has incorporated foreign folklore into one of their titles. However, this is unquestionably one of their most competent instances of storytelling to date. 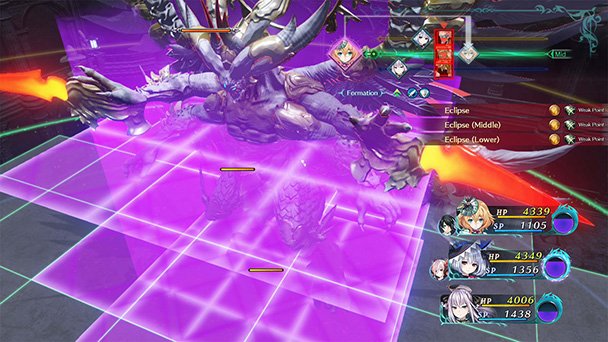 One of Compile Heart’s Best Narratives

Varnir’s opening offers a fascinating set-up, centering on the tragedy forced upon the witches of Varneria. Born with a dragon seed in their womb, witches are formidable, but their powers have a cheerless consequence. Only by drinking the blood of dragons can they postpone the madness caused by a gestating reptile. But drinking too much blood causes the dragon to grow, and like Ridley Scott’s Alien, they’ll tear their way out of the womb, creating a palpable tension through the game.

While the context is intriguing, it’s the incorporation of a lead character that adds poignancy. Zephy is a sworn member of the Knights of Requiem, a human faction tasked with eliminating both the witch and dragon population. During the game’s opening, the protagonist is mortally wounded by a dragon. Two witches, Minessa and Karikaro, find the knight and hope to use him as a bargaining chip, anticipating trading him for a captured comrade. But when the pair resuscitate Zephy with dragon’s blood, he awakens with new powers, and appears to be Varneria’s only male witch. 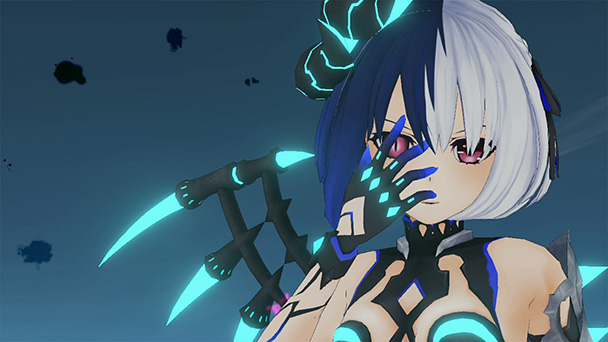 While the shift in allegiances from hunter to ally is rather common in media, Varnir truly makes good on the premise. Sure, there’s some twists that are foreshadowed a little too obviously, but largely it’s a stimulating story told with characters keenly aware of their tragic fate. Like the Atelier games of old, there’s a soft but insistent time limit that produces tension. It’s amplified by storytelling that makes you care about Varnir’s characters.

As the lone male surrounded by a coven of adorable witches, the game could have easily indulged harem fantasy. Shrewdly, it lithely sidesteps that direction. Sure, there’s an affection system, where Zephy’s gift giving can open ancillary scenes that provide additional insight into each character. But Compile Heart opts to depict camaraderie rather than any kind of steamy romance, which might have undermined the sense of looming misfortune facing the witches. It’s this kind of loyalty to tonality that helps make the game’s thirty-hour trek so rewarding. 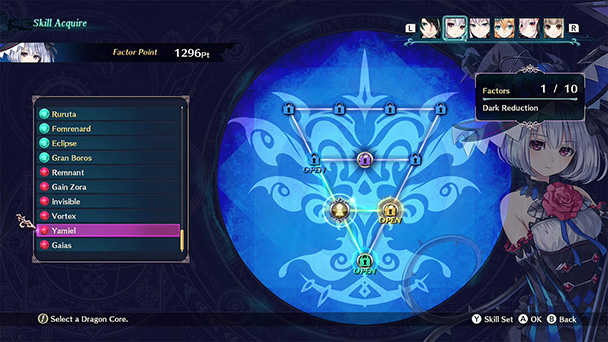 An Assortment of Captivating Systems

But it’s also Compile Heart’s command of role-playing rudiments that help to make Varnir satisfying. The game’s turn-base battle system feels distinctive, thanks to a mechanic that puts up to three airborne allies and enemies on a trio of different planes. Although physical attacks can only reach adversaries at the same altitude, magical ones aren’t bound by this requirement. These strikes are like the area-of-effect assaults of grid-based combat adapted to the third dimension. As such, you’ll target foes not only on the same plane, but ones that are on top of each other. While opponent collisions aren’t quite as widespread as Death end re;Quest, you’ll can induce creature crashes, which remains gratifying.

Pleasingly, there’s an escalating complexity to combat to help keep things from growing tedious. Physical attacks come in four varieties (slash, hit, pierce, and shoot), and if you’re able to score a critical on a foe’s weak point, you might be able to skip their turn.  Likewise, magical attacks are elementally based with weakness exploitation giving you a distinct advantage in conflict. During the game’s boss battles, you’ll need every benefit you can gather, as these grow rather challenging after the title’s midpoint. 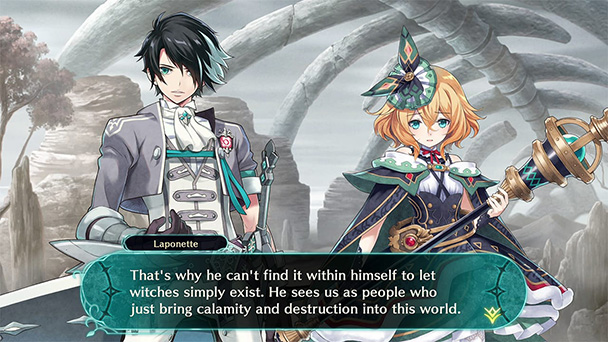 Nuance is rooted in the devour command, permitting a character to consume enemies who are low on health. The game’s dragon’s harbor ‘cores’ which when ingested, offering augmentation to the character who did the consumption. Investing Focus Points, or FP into the cores provides perks like stat bonuses, new abilities, and spells. While Varnir’s main journey is largely a linear ramble with side-quests which revisit familiar areas, the title extends a lot of autonomy when it comes to building your party. The only real gaffe is not giving players control of your dragon’s hybrid abilities, which trigger automatically once a gauge is filled. All too often, they’ll activate when you’re about to subdue the last subordinate, which can be irritating.

Inside the Witches Workshop, you can combine dragon parts like livers, claws, and eyes with a catalyst to form elixirs.  But instead of being the customary HP-restoring potions, these tonics summon dragons that give up rare items when defeated. Loot can also be acquired by your coven, affectionally called the Little Sisters. Raise their satisfaction meter to a certain threshold, and they’ll bestow a bit of generosity. However, feed them too much and a dragon will spawn, flying into the game’s world and into a dungeon. Defeating them might confer powerful items, but since the Sister is gone for good, it’s definitely a pyrrhic victory. 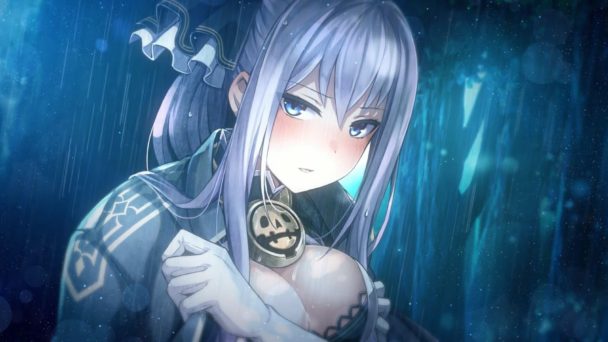 Dragon Star Varnir’s graphics are quite competent, with Compile Heart uniting detailed character models and two-dimensional dialog portraits. Dungeons are rendered with a middling number of assets, making environments feel a bit generic. Oddly, this doesn’t help much with the game’s framerate, which can drop when your rotating the camera. Pleasingly, the Switch version bundles the sixteen pieces of free and priced DLC that accompanied the original release. None of it is really essential, but the high level accessory, armor, and weapons, and new difficulty setting make for a gratifyingly bonus.

Aurally, the game’s soundtrack is dominated by choral arrangements and flute-dominated tracks. While there’s not quite enough quantity, there’s no question the quality of Motoi Sakuraba and Yoh Ohyama’s work. Voice work is offered in both Japanese and English, but the quality of the latter is mediocre and suffers from varying volume levels, so stick with the native language.

With busty characters and captivatingly layered mechanics, Dragon Star Varnir has the obligatory signifiers of a Compile Heart game. As such it will likely be pigeon-holed by audiences with only as passing familiarity of the studio’s efforts. That’s a shame, as Vanir is a captivating experience, built on an absorbing storyline and layers of systems that gradually reveal the creativity of their design. While designed for a specific audience, Varnir is potent enough to defy Galápagos Syndrome.

Summary : Once again, Compile Heart shows that diminutive budgets and accelerated timetables don't have to impair creativity or quality. Dragon Star Varnir is easily one of the better JRPGs on Switch to arrive this year (alongside Bravely Default 2) and deserving of your time.