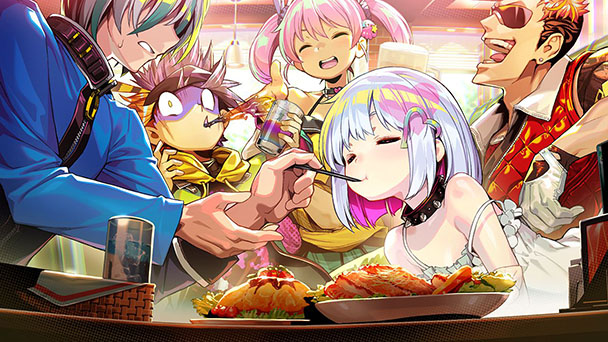 Whoever said that “pimping ain’t easy” probably wasn’t talking about Dohna Dohna ~ Let’s Do Bad Things Together. But the adage is surprisingly accurate, as you juggle acquisition, management, and the distress caused by stolen talent. 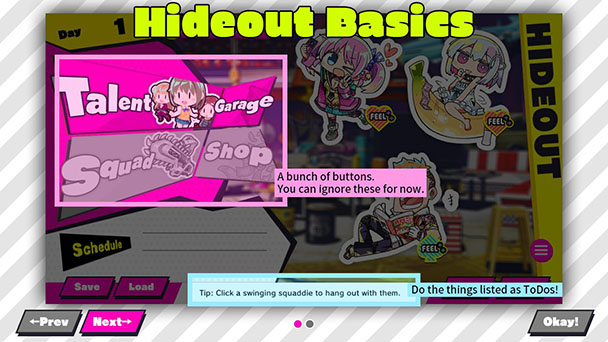 Games that allow us to be brazen scoundrels can often be wonderfully cathartic. And if the weight of compassion, charity, and empathy ever feels overburdening, Alicesoft’s Dohna Dohna: Let’s Do Bad Things Together offers an imagined reprieve that’s suitably sordid. Here, you’re tasked with locating and apprehending young women as well as training them to become private escorts. While the game is delightfully lurid, with explicit H-scenes that would never make it past Valve’s curation team, its simulation of running a prostitution ring feels a bit sanitized by statistical fixation. But the artwork is so vibrant and lovely, you might overlook this minor transgression.

What’s most interesting about Let’s Do Bad Things Together is how the game attempts to legitimate your unscrupulous actions. Life in Asougi City has grown increasingly dominated by an eponymous corporation. The stifling amount of dominance has spawned clandestine groups, known as “Anti-Aso” that strive to chip away at corporate power. These smaller organizations commit crooked acts to strike back at the The Asougi Group. You play as Kuma, the Nayuta Clan’s second-in-command, and perpetual planner. Nayuta’s eldest, Zappa, is underequipped for leadership, seemingly only thinking of ways satisfy his hedonistic desires. 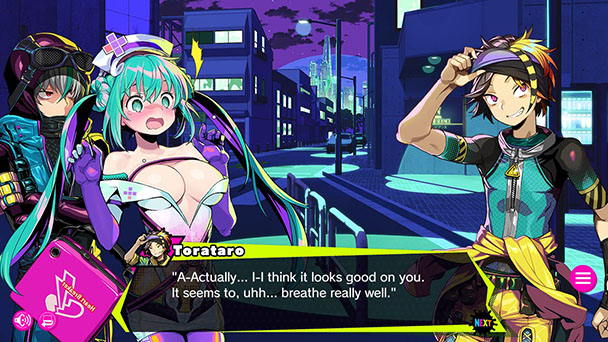 What a Beautiful Name! Is that Greek?

Initially, I worried that the game’s notion of abducting women and forcing them into turning tricks might be a bit too repugnant. For better or worse, Let’s Do Bad Things Together treats the endeavor as little more than an assortment of mini games. Mercifully, there’s little objection from the girls. In execution, it mostly feels like any other business management model, with a focus on mix/maxing stats rather than anything that might feel overly callous or torturous. Strip away the static images of women and some cursory text-based descriptions and Let’s Do Bad Things Together is like any other sim. That said, there are a few places where Dohna Dohna turns unflinchingly dark. But fortunately, you’re an observer rather than an active participant. 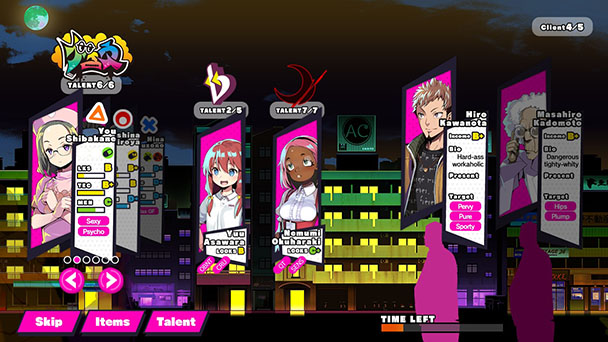 Play is guided by a daily calendar, and you’ll encounter three main types of events: base management, hunting, hustling. The first provides an opportunity to scrutinize your roster of prostitutes, referred to as “talent”. Here, you can give them items such as birth control, stat-boosting substances, chat to randomly upgrade one of their stats, or have sex. Although virgins offer a pay boost, practice pays dividends in Asougi City’s underworld. These actions are regulated by action points and you’ll receive two of these points every day. Additionally, there are a limited number of beds, so periodically, you’ll have assess the abilities of your personnel and cut any underperformers.

Hunting is undoubtedly Dohna Dohna’s best component, resembling a simplified Darkest Dungeon. Here, you’ll storm into different areas, represented by branching maps. Combat pits your party against a line of enemies, where each ally selects attacks that strike at different positions. Here, factors like unit positioning, the exploitation of weaknesses, and switching participants are key, endowing battles with a satisfying strategic element. Plus, it’s persistently funny to watch Porno’s attack animation, which is pixelated, much like the game’s depictions of genitals. 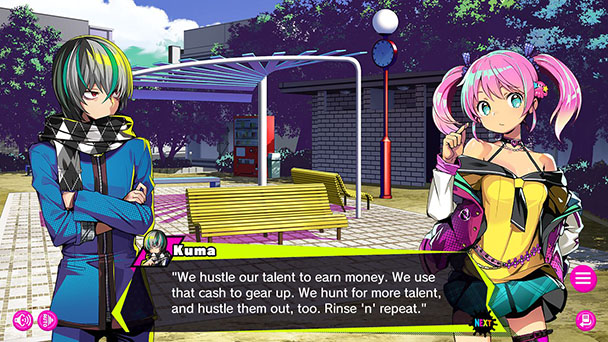 When hunting for a new gal, you’ll want to make sure she’s confronted last to add her to your talent pool. Periodically, you’ll face Unique Heroines who are drawn by guest artists. You’ll definitely want to apprehend them. Not only do they bring back a bigger paycheck, but they also provide bit of additional storyline.

Finally, night ushers in the hunting phase, where a selection of johns traverse the streets. While appearance plays a key role in their selection of talent, the use of purchased items can increase the allure of each gal and potentially result in a bigger payout. The long-term goal is to balance the workload of each gal with a dwindling morale, which can affect market value. Occasionally, one of your girls can even become abducted by a rival gang. If this happens, you’ll want to go full Liam Neeson, applying a very particular set of skills in the rescue your stolen talent. Failure to do that quickly enough can result in some non-consensual scenes that can be pretty uncomfortable. 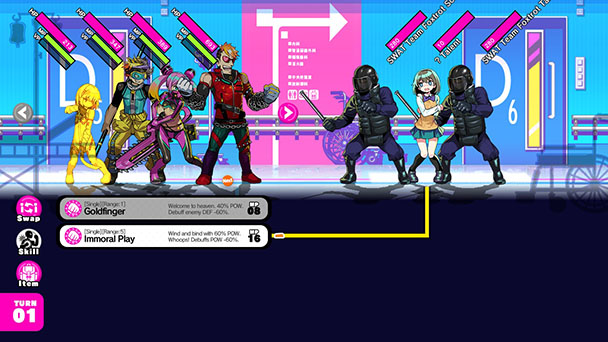 By default, Dohna Dohna’s H-scenes are shown. But head into the game’s menus and you can bypass these segments, allowing you to focus on the prostitution sim. But even without the game’s more scandalous attributes, Let’s Do Bad Things Together remains eye-grabbing. From exquisite character design to a palette obsessed with vibrant hues, the game is a visual tour-de-force. Unlike many of its peers, Dohna Dohna isn’t overly frugal with its art. There are a multitude of CGs, backdrops, and character bust ups that detail a range of costumes and facial expressions.

Given the game’s subject manner, it’s hardly surprising that Dohna Dohna ~ Let’s Do Bad Things Together sporadically descends into some dark and disturbing territory. But what is unexpected is the overall quality of the title. From stunning visuals, a surprisingly absorbing simulation, and an adept localization, Alicesoft’s latest is an accomplishment. While it’s not a game for everyone, any player looking for a transgressive title will want to consider tackling the game’s 30-hour trek. 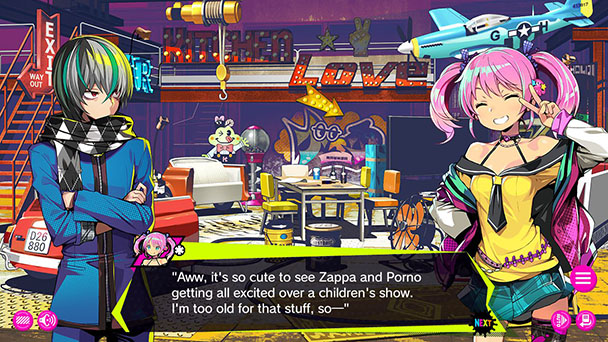 Summary : Unflinchingly lewd and occasionally stepping on the borders of decency, Dohna Dohna ~ Let's Do Bad Things Together makes you do some bad things in the battle against corporate dystopia. Some will love being a scoundrel with a gold-plated heart.