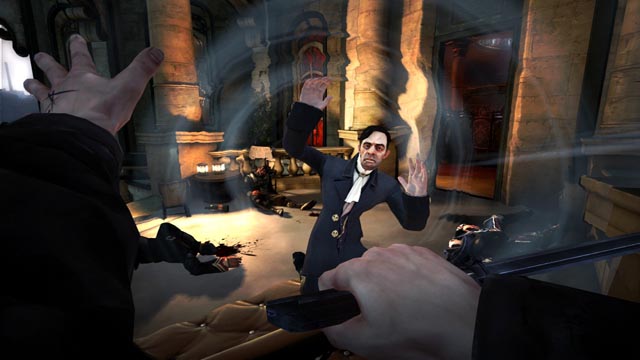 Going into the 2012 Electronic Entertainment Expo, I had high hopes for Dishonored. Fellow podcasters SeanNOLA and DesertEagle jokingly speculated that title seemed made exclusively for me; after getting some playtime in, I’ve have to say their assumption was correct. You play as a supernaturally powered assassin accused of murdering the empress you were sworn to protect, fighting to get back your honor while also seeking vengeance against the real killer. I spoke with creative developer Harvey Smith, (Deus Ex, System Shock) who told me that the original aim was for a somewhat Victorian society in which the primary resource is whale oil. But when people started calling it “steampunk” because of the Victorian influence, they decided to roll with it. Though it may not have been a part of the original plan, the steampunk style flows seamlessly into the game. Exposed vacuum tubes, wires, and gears are found on mechanical and electronic systems throughout the game. Clothes, architecture and interior design are modeled after the Victorian style. Even your skill wheel, emulates the style which has become known as “steampunk”; self-engineered but still sophisticated. 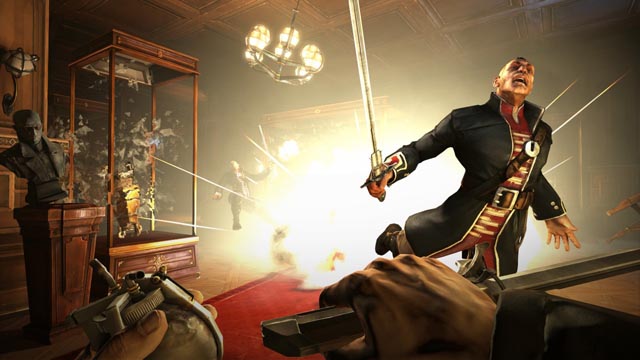 This isn’t why I’m in love with Dishonored, although it doesn’t hurt. The game stays away from the current hand-holding trend of the industry, and in fact, there are several enemies which can only be dealt with via a thoughtful approach. The “Tall Boys” are one of the more difficult enemies in the game, and if you try to approach them head on with guns blazing, as I first did, you’re likely to get killed quickly. Rather, you have to find a way to lure/sneak/distract them as you approach, so that you can fully focus on hitting their weak spot. Players are rewarded for making creative decisions when faced with these situations. The game is designed so that players can choose a stealth based approach or a brutal combat approach, changing their style of play whenever they like by changing which skills and tactics they use. Whatever the approach, players need to be calculating in their actions. As an example of such calculation, during the demo the protagonist leapt off a wall to possess a fish in the water below, so that he could swim up a pipe to get into the bathhouse he needed to enter. Possession of animals or people and summoning plagues of rats to devour your foes are just two of the available skills one can choose from. There will also be passive skills which enhance play. The control interface for switching skills is smooth, and comes up in a slowed-down speed that doesn’t pause the action, forcing players to think and act quickly when faced with conflict. 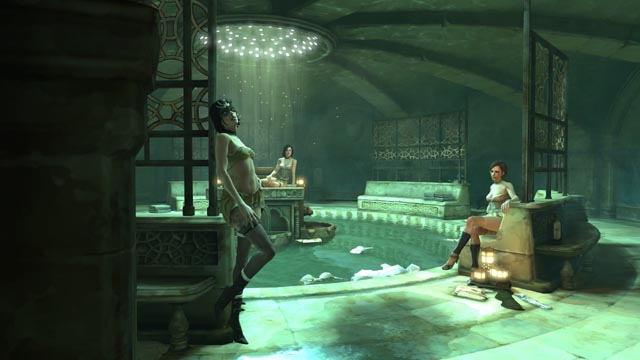 The final element that so impressed me in Dishonored was the use of environmental effects to accomplish assassination missions. As an example: in the bathhouse, one of your targets is in a room which is connected to the steam vents. You can pick up a turn crank and flood the room with steam so that your target suffocates. This keeps your hands clean, for the moment, and allows you to remain out of sight. Using environmental effects to your advantage is enhanced by the great attention to detail in Dishonored. In addition to accurate movement of objects, great attention has been given to sound. Sound moves realistically through space in the game, so someone talking behind a door, or around a corner from you, or in the same room as you all sound different from each other. This game has elements which are going to appeal to a variety of gamers, especially those of the stealth/Hitman/Bioshock persuasions. Variable game play which requires clever thinking, fast reflexes, and is steeped in steampunk has me already saving money for the release. Dishonored comes out Oct. 9 for the PC, Xbox 360 and PlayStation 3.

Previous: Planet Crashers Review
Next: anohana: The Flower We Saw That Day Review 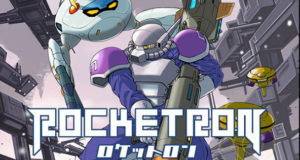 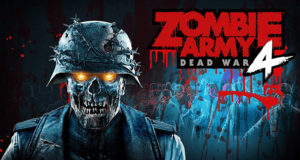 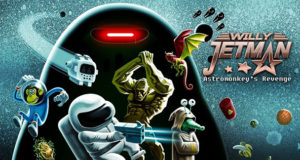