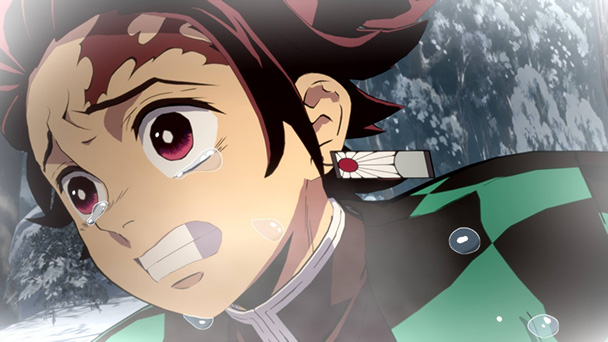 The Hinokami Chronicles’ leap into interactive form succeeds not just because fighting captures the visual charm of the source material. It also nails some of the tender story beats that separate Demon Slayer from most shōnen. 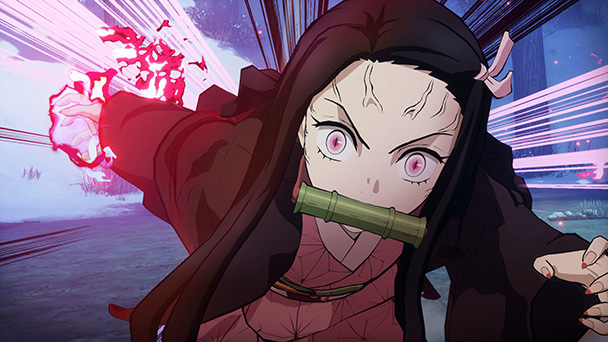 Since its debut in Weekly Shōnen Jump five years ago, Koyoharu Gotouge’s Demon Slayer: Kimetsu no Yaiba has enjoyed unprecedently popularity, selling over 100 million volumes. In 2019, Ufotable created an animated adaptation, spurring the theatrical release of Demon Slayer: Kimetsu no Yaiba – The Movie: Mugen Train, which would go on to become the highest grossing Japanese film of all time. Expectedly, the property has now been converted into interactive form, providing players with an opportunity to swing Tanjiro Kamado’s famed Nichirin Sword.

Nearly as foreseeable as the appearance of the game is the studio tasked with adapting Demon Slayer. Fukuoka-based CyberConnect2 are the de rigueur developers when it comes to converting anime into game form, having worked on the Naruto Shippūden and Dragon Ball Z: Kakarot franchises.

The studio’s simplistic approach to arena-style fighting might be a bit contentious. But there’s little debate over the quality of their visuals. Repeatedly, CyberConnect2 has captured the look of an animated series. Here, when Tanjiro and the Demon Slayers start harnessing their breathing techniques, Hinokami Chronicles will enchantment the eyes with screen-filling spectacles. Sure, it’s a bit button mashy, and the game’s Versus mode won’t lure audiences from dedicated fighters like Street Fighter or Tekken. But CyberConnect2 succeeds in escorting Demon Slayer across mediums by capturing many of the nuances outside of battle. 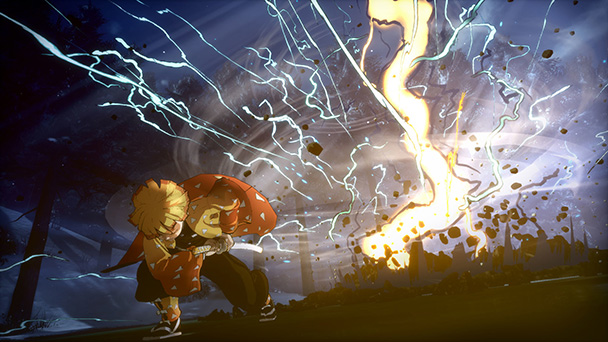 Disliking the Affable Protagonist is Impossible

Like the first volume of the manga or the inaugural episode of the anime, The Hinokami Chronicles details the tragic fate of Tanjiro Kamado. With most of his family murdered and his sister Nezuko turned into a demon, he is forced to leave abandon his simple life as a charcoal merchant. Driven to find a way to cure his sibling, Tanjiro joins and climbs the ranks of the Demon Slayer Corps. Reassuringly, they become a surrogate family of sorts, prodding him into realizing his potential.

The Hinokami Chronicles’ storyline covers the first season of 26 episodes as well as the Mugen Train arc. This is a shorter span than most anime adaptations, permitting the developers to hit most of the poignant plot beats. One of the first emotionally charged ones arrives a showdown with the game’s initial boss. While the game doesn’t offer all of the flashbacks of the source material, the demon’s soliloquy and Tanjiro’s compassion are all meticulously recreated, and even accompanied by the same melancholic score.

Kind Enough to Show You the Locations of Collectables

What sets Demon Slayer apart from other shōnen are these moments of tranquil reflection. Fortunately, CyberConnect2 incorporates most of them, and is a better game for it. Moments of intense conflict are bookended by pathos, which truly elevates this adaptation. Nearly as successful are the storyboard nodes that function as connective tissue, guiding you through the game’s eight chapters.

Occasionally dispensing a bit of dialog, they also allow you to roam through three-dimensional recreations of locations like Fujikasane Mountain and Asakusa. The level of detail is tepid, but fans of Gotouge’s work will undoubtedly be delighted by their inclusion. Visiting these areas is motivated by fragments scattered across each zone. Upon collection, these dispense small plot points not found in the main storyline, goading gamers into not rushing the game. Satisfaction in Hinokami Chronicles comes by taking the unhurried journey.

The rewards for a protracted pace are plentiful. From unlocking additional characters, alternative wardrobes, art, quotes, and even music from the game’s soundtrack. While you can also collect Kimetsu Points through Versus Mode play, a far quicker way to earn the currency is in the game’s Training Mode. You’ll face off again ten different instructors, with variation found in specific clear conditions and optional tasks. 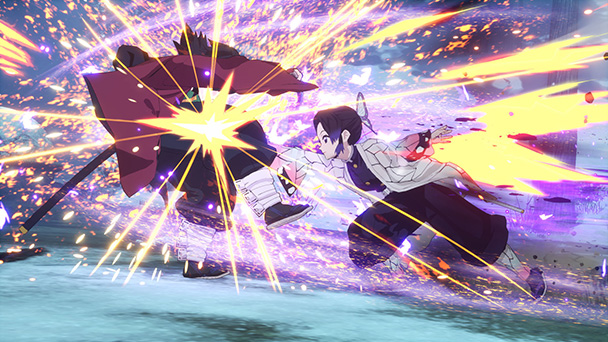 Of Breathing and Beatings

The Story Mode, the game’s labyrinthine maps house a hoard of lessor demons, providing a steady succession of fights as Tanjiro might follow a suspicious scent. Beyond light and heavy attacks, you’ll also have access to dodges, guards, companion calls, and breathing techniques. CyberConnect2’s formula rewards reading enemies, evading their assaults- all before dispensing a punishing combo. Although it’s not as elegant as a dedicated fighter, there’s a sense of satisfaction as you wallop foes. While a stamina bar ensures you can’t spam breathing techniques, the presence of a super gauge means that underhanded victories can occur for attentive players.

Masterfully, The Hinokami Chronicles’ characters are all meticulously detailed. Tanjiro sports his distinctive hanafuda earrings and black/green haori while Nezuko is rendered with her ombre fade, pastel pink kimono, and bamboo muzzle. More importantly, every character feels distinctive when fighting. Sakonji is a disciplined heavy hitter while Makomo is a spirited striker. However, there’s a deficiency of demons on the eighteen-combatant roster.

Hopefully, this will be remedied soon, as the skirmishes again other players feel constrained. But on the upside, the ranked and custom matches in online play and it was entertaining to challenge my fellow reviewers. To test the capability of the netcode, I confronted a few Demon Slayers in across the globe. Except for a few minor hiccups, the matches were reliably lag-free. 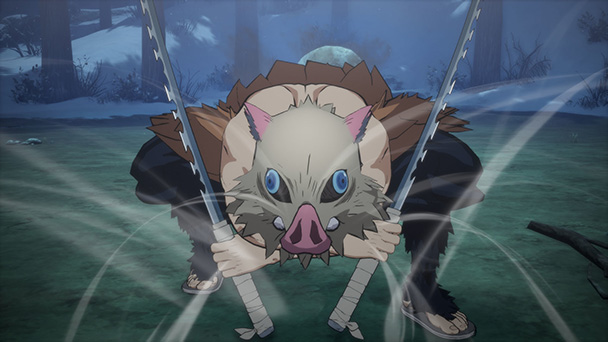 Largely, it’s hard to fault CyberConnect2 for favoring accessibility over sophistication with its fighting mechanic. As with Naruto Shippūden and Dragon Ball Z: Kakarot, this design decision allows fans of the manga or anime to jump right into The Hinokami Chronicles and perform moves right out of the source material. While the action might not boast longevity, the game’s expositional elements felt make this an essential purchase for Demon Slayer devotees.

Demon Slayer -Kimetsu no Yaiba- The Hinokami Chronicles review
The Hinokami Chronicles&rsquo; leap into interactive form succeeds not just because fighting captures the visual charm of the source material. It also nails some of the tender story beats that separate Demon Slayer from most sh&#333;nen. Since its debut in Weekly Sh&#333;nen Jump five years ago, Koyoharu Gotouge&rsquo;s Demon Slayer: Kimetsu no Yaiba has enjoyed unprecedently popularity,&hellip;

Summary : Throughout Demon Slayer: The Hinokami Chronicles, there’s a palpable sense of dedication. CyberConnect2 wanted to capture the excitement and emotion of the property. Habitually, they do- resulting in one of the better adaptations of the year.