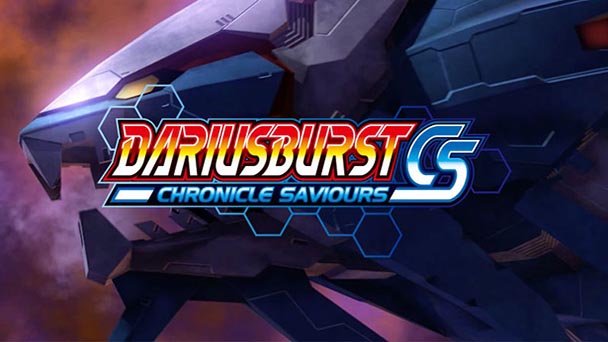 Video game history is intrinsically entwined with the shoot-‘em-up game. While Pong and its paddle-based derivatives might have beaten the beloved shooter to arcades, titles like Space Invaders, Defender, and Xevious enlisted players in a lopsided battle which pitted a small fleet of ships against a nearly insurmountable army. In the ensuing years, titles like Gradius, R-Type, Raiden, and DonPachi helped to define and evolve the genre, each adding a distinctive take on formula that contributed to gaming’s rich legacy.

Yet another innovator was Taito’s Darius, a series which contributed a profusion of creativity to the side-scroller. Occasionally, the game deviated from shooter convention, with entries such as Darius Gaiden and G-Darius permitting players to steal some of the abilities of mini-bosses. But one of the more enduring mechanical innovations was the integration of branching paths- an addition which helped to contribute longevity while not overstretching the duration of a play-through. Of course, there’s no denying Darius’ aesthetic qualities- where players battled monstrous mecha-fish, as soundtracks contributed wondrously eccentric melodies courtesy of Zuntata- Taito’s treasured in-house band. 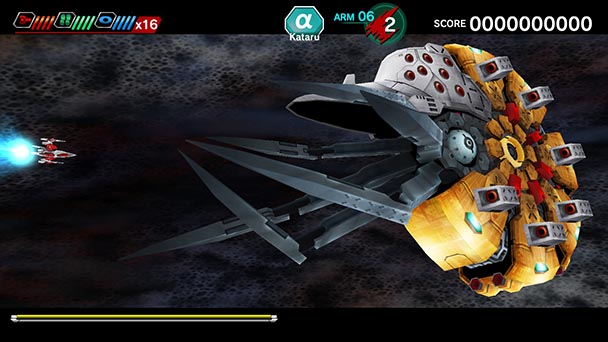 While the PlayStation 4, PS Vita, and PC release of Dariusburst Chronicles Saviours is rooted in the gameplay of the 2009 PSP release of Dariusburst as well as the subsequent arcade follow-up, Another Chronicle, there’s more than enough innovation to warrant the game’s premium purchase price. While pedantic players will find the original coin-op version, which offers ways to replicate the outlandish 32:9 widescreen format of the original arcade cabinet, it’s the integration of Another Chronicle (or AC) mode that endows Chronicles Saviours with distinction.

Heading into Dariusburst’s AC mode opens a quartet of gameplay options. Original Mode layers a trio of difficulties on top of the branching stages which vary in challenge level, extending a wide range of adversity. Gamers with battle-hardened reflexes might opt for Original EX Mode, which escalates the number of enemies and projectiles even further, while offered a trio of flight trajectories across a dozen new stages. Currently, Event Mode remains unlocked, but intends online missions using a variety of variety of ship configurations. 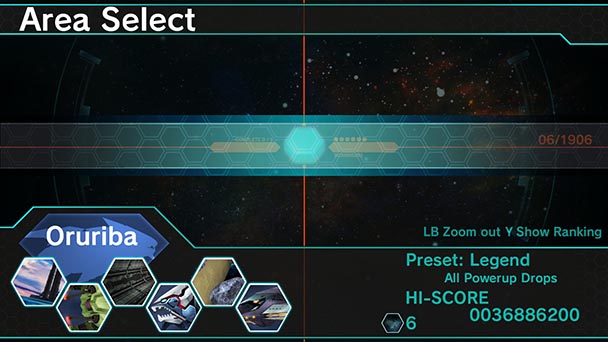 But it’s Chronicle Mode that truly propels the STG forward, transforming a one-against-many fight into a persistent online campaign. Purportedly extending 3,000 different stages which appear to be procedurally generated, players assume the role of a pilot attempting to make headway in a massive crusade. After selecting from one of six star systems, players are escorting to a hexagonal grid exhibiting the regions contested areas. Variance is created by the different rule sets for each zone, with some locales giving players a fixed loadout, while other accommodate up to four local participants.

It’s here that Chronicles Saviours’ weapon systems are clarified. Most modes offer ship selection culled from Darius and Taito history, with each vessel having its own idiosyncratic offensive system. But there’s also continuity, with color-coded power-ups augmenting your main weapon, secondary missile system and shields. Pleasingly, Dariusburst isn’t a one-and-one STG, permitting players to survive enemy hits as long as they have shielding. One measure of variety can be found in your main armament, which offers meager laser shot at first, but as your pick up floating orbs gives you different types of shot. 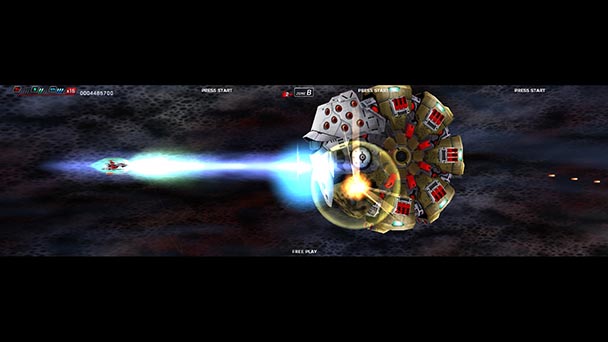 Expectedly, many of Chronicles Saviours’ mid- and stage bosses are no pushovers, brandishing the same kind of firepower as the player. As such, an authoritative weapon like your burst beam can quickly sear through formations of flying enemies, but the same type of device is often mounting on enemy ships, putting you in peril. Although an evasive maneuver is likely the best method of escape, occasionally baddies will control screen space, forcing you to counter-burst their attack. Considering the rate of depletion for your weapon, this kind of gambit feels astounding when successfully completed.

Pleasingly, AC mode doesn’t trying to dilute the arcade experience that gave players abundant views of the space around them. Playing on a typical 16:9 monitor might limit the action to the middle third of the screen, but the action preserves the integrity of play. For those who would rather try to replicate the arcade experience, the game scales across multiple monitors and resolutions and performed flawlessly on a dual-screen setup (twin projectors would be the Holy Grail).  What’s especially notable about Chronicles Saviours is the low barrier to entry. Despite the flashy effects and throngs of ships swimming in unison, the game rarely wavered from its sixty frame-per-second ambitions- even on a modest laptop. 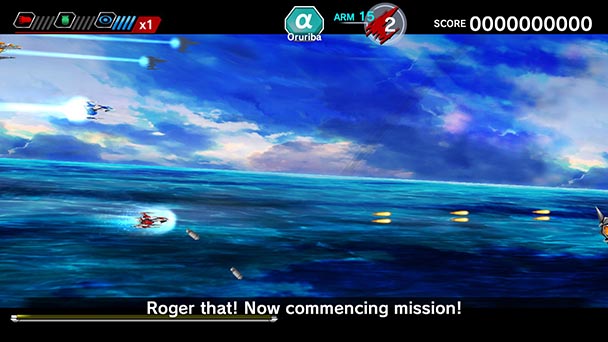 For gamers who insist who maximizing their monitor’s real estate, CS Mode offers Darius’ signature shooting without the black bars. Here many of the fundamentals have been given a tweaking, with rule such as ship and weapon occasionally selection pre-determined in an effort to offer a different experience. Should you reach an impasse in one of the stages, Chronicles Saviours will give you a break.  Points earned in previous playthroughs can be used to unlock different ships, with many having enough extra firepower to make attainment achievable.

Chronicles Saviours gives players a cornucopia on shooting-‘em-up content, but the package doesn’t explain its nuances. While that’s the way most STG enthusiasts would want it, the approach might alienate more casual gamers. Ideally, the Steam version would have offered an optional guide explaining some of the title’s intricacies. At the very least, seeing a written record of the modes, ships, bosses, and stages might offset those taken back by the game’s price. One other possible transgression can be found in the vocal track ‘Freedom’, which would have probably worked better as an ending credit song rather than level music. As it stands, the game’s lyrics can get buried in the sound mix, with the mix of explosions and singing turning into a dissonant jumble. 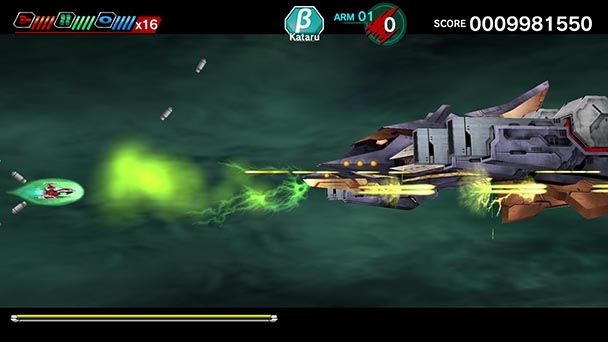 For STG aficionados, these two issues will be trivial, especially when contrasted against the amount of polish and content Dariusburst Chronicles Saviours musters. Most shooters push players toward perfection against a constrained number of stages, but Dariusburst seeks the cultivation of skills across a wealth of stages and modes. It’s a different approach, and one that’s commendable, making the title the rare example of a premium -priced shoot-‘em-up that’s worth every penny.

Dariusburst Chronicles Saviours was played on the PC
with review code provided by the publisher.

Disclosure: Adam Milecki is currently a producer for DegiGames
and is a former podcast host and writer for Tech-Gaming.
This has no influence on the review score.

Dariusburst Chronicles Saviours
Platform: PC, PlayStation 4, PS Vita
Developer: Pyramid, Chara-Ani
Publisher: DegiGames
Release date: December 3rd, 2015
Price: $39.99 via Steam, regular price $49.99 (PC), $39.99 (PS Vita), $59.99 (PS4) via PSN
Dariusburst Chronicles Saviours review
Video game history is intrinsically entwined with the shoot-&lsquo;em-up game. While Pong and its paddle-based derivatives might have beaten the beloved shooter to arcades, titles like Space Invaders, Defender, and Xevious enlisted players in a lopsided battle which pitted a small fleet of ships against a nearly insurmountable army. In the ensuing years, titles like Gradius, R-Type, Raiden, and DonPachi helped to define and evolve the genre, each adding a distinctive take on formula that contributed to gaming&rsquo;s rich legacy. Yet another innovator was Taito&rsquo;s Darius, a series which contributed a profusion of creativity to the side-scroller. Occasionally, the game&hellip;

Summary : Dariusburst Chronicles Saviours isn’t cheap, and there’s no cross-buy across the Sony platforms. But look past the price tag and you’ll find one of the most comprehensive packages in the genre- teaming with tons of glorious, enraged robot fish.