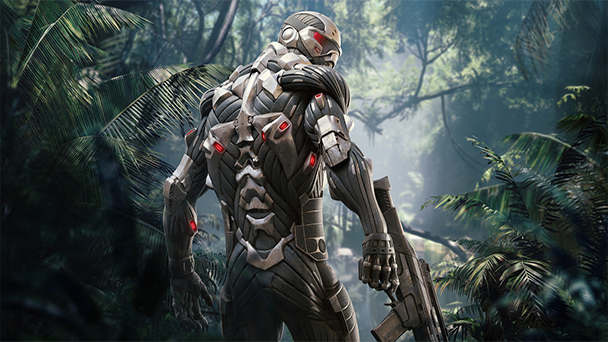 The question used to be, “Can I Run Crysis”. With this remaster, the new question becomes, “Should I play thirty dollars for substandard rehash?” 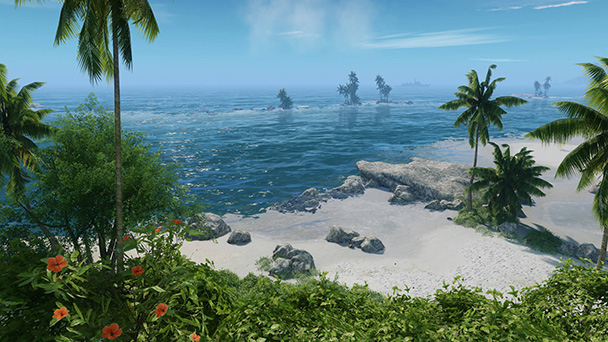 “Can I Run Crysis” was a rhetorical question at several times.

When Crytek released Crysis in 2007, the visually lush open-world first-person shooter became the ultimate test of PC hardware. If you were lucky enough to own a rig capable of rendering the game’s dense foliage and far-flung draw distances, you probably witnessed GPU temperatures escalate to blistering heights. But for many, a capable system wasn’t financially feasible.

As Moore’s Law predicts, affordable technology eventually caught up, but not before the (in)famous meme developed. But when the industry shifted to 64-bit processors, both Steam and Origin owners suddenly couldn’t play the game without downloading and installing a homegrown launcher. Without any intervention from Crytek, for less technical players, Crysis stopped running.1 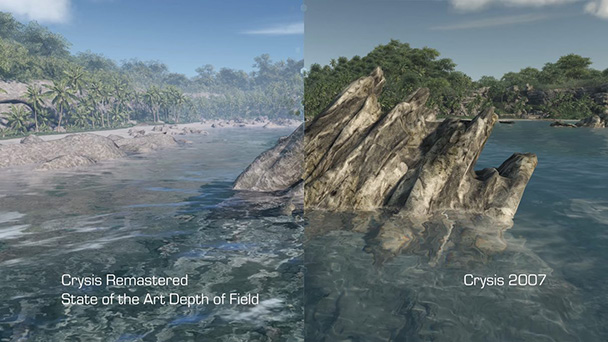 Fortunately, the recent PC release of Crysis Remastered mends this fundamental issue. Now, instead of an ominous blank screen, booting up the game send you into the game’s menus. Save for an unremarkable uptick in resolution, this user interface could nearly be mistaken for the original game. Sadly, that’s a running theme with the remaster.

Sure, there are moments when the title takes advantage of modern hardware, but they’re a bit too sporadic. And while modern amenities like controller support have been added, some of the game’s more frustrating quirks remain. In 2007, when open-world FPS titles were new, these blemishes would be forgivable. But now, they’re especially glaring, spoiling many of the game’s other virtues. 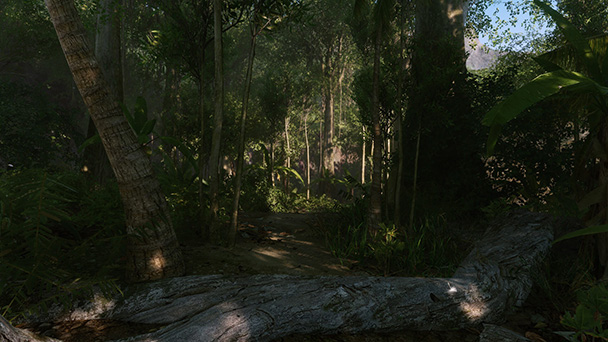 Voxels to the Rescue

Crysis Remastered’s biggest bragging point is the inclusion of ray-tracing. This comes in two forms, Sparse voxel octree global illumination, or SVOGI, is a software solution that’s also found in the console iterations. Essentially, the method uses voxels to simulate diffused light in an environment. In execution, it’s a notable enhancement that truly improves the look of shadowing and lighting. Dark recesses appear murkier, while brightly colored objects tend to cast color on reflective surfaces, adding a dose of realism across every environment. Additionally, light entering through a windowpane casts a convincing appearance, making interiors look less drab.

For owners of Nvidia’s 20XX and 30XX graphic cards, enabling hardware-based ray tracing isn’t nearly as impressive. Part of the problem is that the majority of Crysis take place in outdoor environments. When you are near windows, windshields, or the rain-pelted deck in the last stage of the game, reflections are conspicuous. But you’ll probably find yourself looking for these amenities rather than noticing them organically.  That said, the game’s bodies of water, which use both standard screen-space reflections and planar reflections (and therefore don’t need a new GPU), are quite striking. 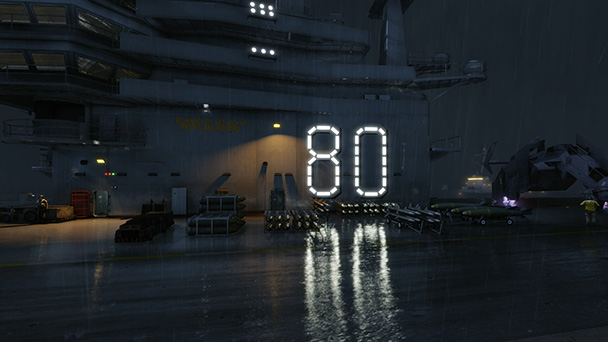 Pleasingly, most of the game’s texturing has been upscaled, providing fresh fidelity for resolutions up to 8K. Meticulousness has been applied to the assets you’ll see most often, so your weapons or nanosuit look particularly crisp and flaunt pristine detail. But many of the game’s one-off models, like the opening drop sequence are noticeably inferior. With low poly counts and minimal upscaling, the troop transport jet looks like a relic from another generation. Faces look especially dreadful, and are inferior to the original.

But that’s hardly the biggest issue with the remaster. Navigation feels antiquated in some areas, with the game’s early forest chase presenting some infuriating invisible walls. Hop up to an elevated position and you’ll occasionally be unable to make another leap. A holdover from the original, this was undoubted coded to keep players from nano-jumping across the world. But here, it’s a reminder of the limitations of early open-world exploration. 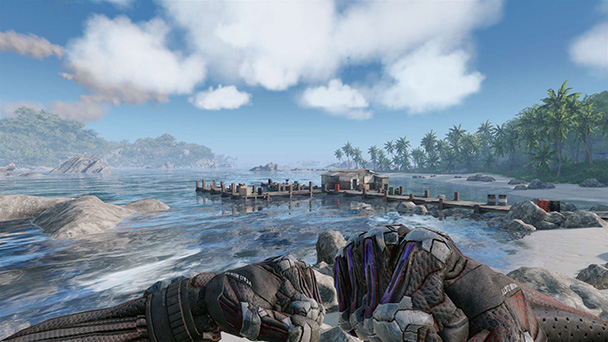 Nomad Forgets How to Lean?

Crysis Remastered offers built-in controller support, which should please those who haven’t assimilated to the merits of mouse-and-keyboard play. Now, control methods are configurable, so you’re not locked into playing with an Xbox 360 pad. But for those who have mastered WASD input, the update puzzlingly drops the ability to lean, making Remastered feel like the previously releases console iterations.

Fortunately, running and gunning in your nanosuit still feels lively, whether your cloaking to sneak up on an unsuspecting foe or sprinting from a hornet’s nest of provoked guards. Previously, energy levels were a bit constrained, curbing some of your clandestine pursuits. But wisely, your new nanosuit is a bit more economical, extending the amount of time you can stay hidden, shielded, or the distance you can dash.

For better or worse, AI hasn’t been tempering with. Which means, that executing a long soldier with a silenced rifle will still draw the ire of others in a wide radius. Newer franchises like Far Cry are far better at conveying the thrill of being a lone commando, cautiously thinning out enemy numbers. Crysis still want to push you into firefights, with soldiers transitioning into high alert at the slightest provocation. 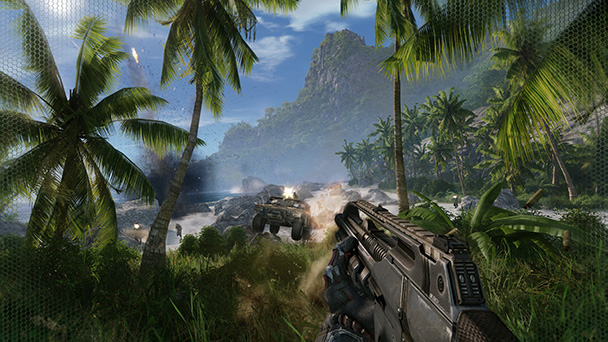 When it comes to performance, the remaster succeeds, reducing many of the immersion-breaking bits of slowdown in the original. Yes, there’s still a stutter when the game autosaves, but with comparable settings, the remaster output more frames by a large margin. One element that’s remarkably improved is draw distances. Opt for near-unfeasible “Can it Run Crysis Mode?” and the game renders every visible object, resulting in fantastic displays of flora. But rest assured for those without a bleeding edge GPU, the game scales rather pleasingly. On both a 2070 Super and a 2080, performance held a moderately reliable 60 frames per second at 1440 with very high settings and ray-tracing turned off. With the engine failing to utilize the capability of multicore processers, the occasional drop is inevitable. An additional blemish is a micro-second delay that sporadically occurs when rotating your field of view.

Unable to run on most machines without a new launcher, Crysis was is desperate need of update. Puzzlingly, Crysis Remastered adds a lot of visual flash, without remedying some of the game’s more pressing issues. The result is a dissonant blend of coding capable of pushing contemporary rigs to their limits. But even an i9/3080 setup might struggle given the game’s single-thread design. This kind of update would be justifiable if Crysis Remastered was a free update or discounted for existing owners. But as a standalone, thirty-dollar product, it occasionally feels like a cash grab.

Crysis Remastered was played on PC with
review code provided by the publisher.

1 The GOG.com iteration of Crysis includes the 64-bit launcher.

Crysis Remastered (PC) review
The question used to be, &ldquo;Can I Run Crysis&rdquo;. With this remaster, the new question becomes, &ldquo;Should I play thirty dollars for substandard rehash?&rdquo; &ldquo;Can I Run Crysis&rdquo; was a rhetorical question at several times. When Crytek released Crysis in 2007, the visually lush open-world first-person shooter became the ultimate test of PC hardware. If you were lucky enough to own&hellip;

Summary : Crysis Remastered demonstrates that thirteen years on, Crytek’s sophomore outing can still captivate. Sure, its stealth isn’t the silkiest, but firefights are wonderfully intense and can be approached in different ways. But as a remaster, players might expect more for their thirty dollars. Most visuals have been retrofit, some of the underlying coding needed revision.