The Legend of Heroes: Trails of Cold Steel III review 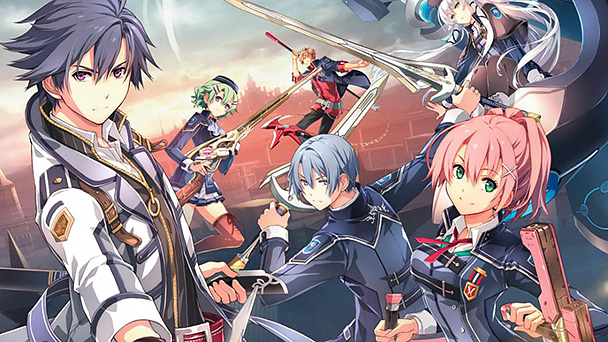 Even power players like Disney have struggled, with 2018’s Solo: A Star Wars Story blemishing the beloved property with an empty backstory based on one of its most interesting characters. Save for the Russo Brothers, the industry hasn’t quite mastered the art of simultaneously contributing to a larger lore while weaving its own compelling story. 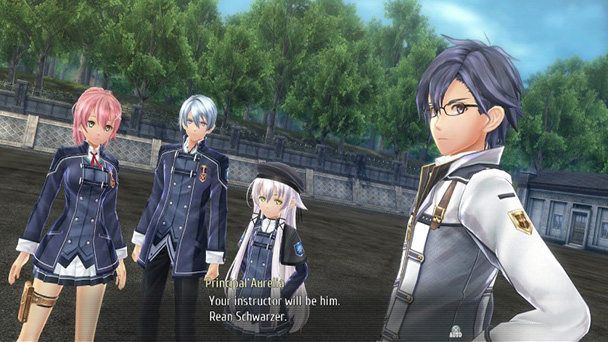 Encompassing five distinct arcs with multiple games across each sub-series, Falcom has repeatedly demonstrated adeptness with dual-function storytelling. Entries in the Trails in the Sky and Trails of Cold Steel metaseries function as absorbing standalone chapters while also revealing pieces of Zemuria’s complicated, conflict-prone history. Sure, Cold Steel might have ended on a cliffhanger that delivered much closure, but the follow-up presented a tender pay-off that absolved the developers. 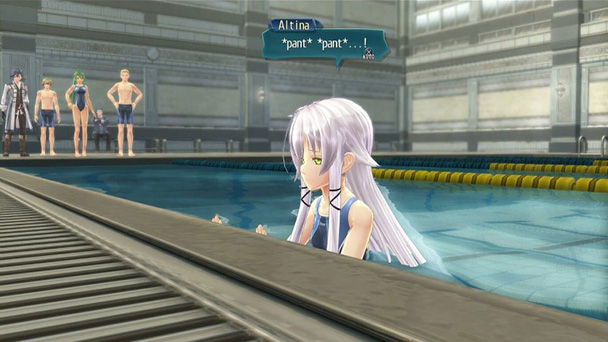 As the third entry in a quartet, The Legend of Heroes: Trails of Cold Steel III is faced with telling an engaging tale while setting things up for the final installment, which would be precarious undertaking for many studios. Set a year and a half after the events of Trails of Cold Steel III, the follow-up eludes the extraneous feel of ‘middle-entry’ syndrome, with the delight of seeing returning characters, the introduction of a new cast, the gradual escalation of tension, along with muted reminders of the first two Trails of Cold Steel games.

Familiarity with those two titles is a near-requisite. Sure, the title does it’s best to acclimate players with encyclopedic summaries of characters and setting. But synopsis is reductionist, and you’ll undoubtedly miss many of the gratifying details and callbacks if this is your starting point. But given that Western players still aren’t privy to localizations of Zero no Kiseki and Ao no Kiseki, even diehard Trails followers will likley miss a few references. 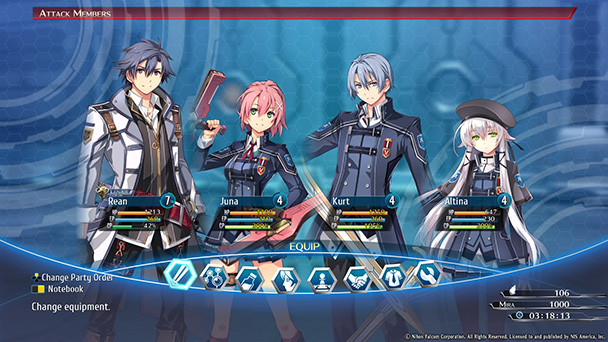 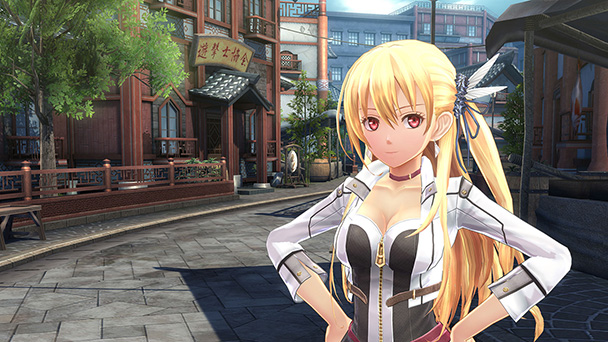 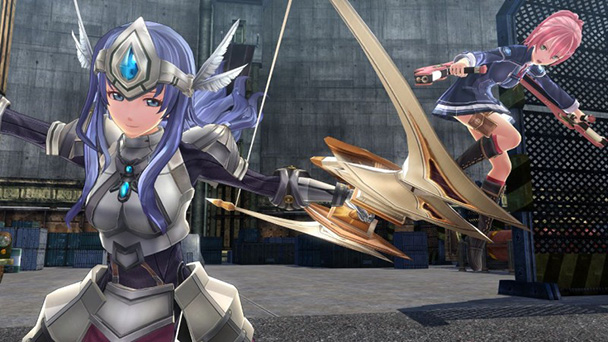 The bulk of your time as instructor involves field exercises that impart enough lessons and combat training to help the new recruits grow. It’s here that you’ll discover a few key additions that Falcom has made, which contribute to Cold Steel III’s success. One of the most beneficial is the change to the user interface. Simplified button mapping streamlines the turn-based encounters with directional keys and face buttons issuing commands. 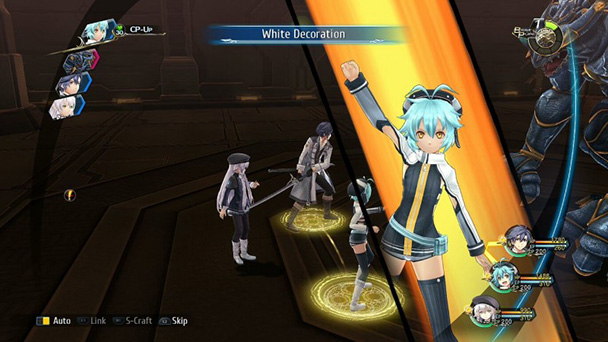 The growing bond between Rean and his mech Valimar, was absorbing, leading to pay-offs where you’ll take on enormous opponents. This time out, the students of Class VII get their own Panzer Soldat mechs, allowing for some spectacular battles that allow for their own distinct forms of strategy. While Cold Steel has consistently favored prebuilt characters over customizable party members, the third iteration ARCUS II allowing for a bit of quartz slotting that help suit your preferred approaches to battle. 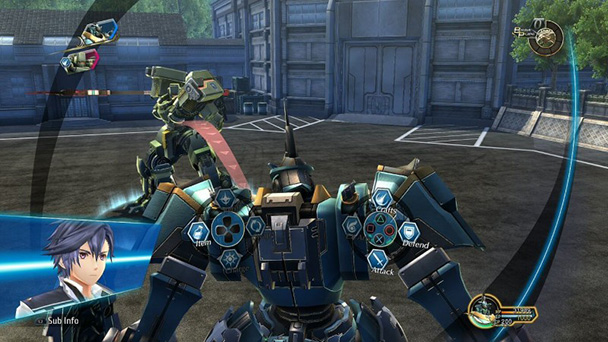 Leaving the PS Vita behind, Trails of Cold Steel III was built from the ground up for the PlayStation 4. While the game’s scope is undoubtedly impressive, occasionally details divulge its two-year-old age, with the occasional drop is framerate on a PlayStation 4 Pro or the occasional low-res environmental texture. Fortunately, these blemishes are trivial enough to overlook. 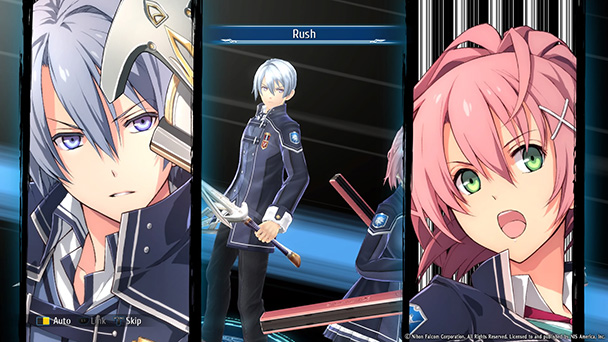 Less pardonable is the lack of additional voice acting for the Western release. Former publisher XSEED augmented re-releases with additional dialog, eliminating the schism between spoken dialog and on-screen text. On the upside, NIS America’s localization is largely skillful, capably capturing the meaning of the original, massive amount of text.

Following a laborious localization process, The Legend of Heroes: Trails of Cold Steel III arrival in the West is a reason for celebration. Validating Nihon Falcom’s ability to tell both an engaging solo story and build on a multifaceted meta-narrative, it would be hard to imagine series supporter finding anything but inconsequential flaw with this outing. Instead, the countless hours spent returning to Erebonia are poised to construct the kind of salient memories that only the most paramount properties provide. Waiting for the fourth installment is going to be testing, but when the experience is this rewarding, patience shouldn’t be completely daunting.

The Legend of Heroes: Trails of Cold Steel III was played on
the PlayStation 4 with review code provided by the publisher.

The Legend of Heroes: Trails of Cold Steel III review
Hollywood invests extraordinary amounts of time, talent, and wealth to sustain their film franchises. Occasionally, these resources go unrewarded, with efforts like 2017&rsquo;s The Mummy, which was so preoccupied with launching spin-offs for Universal Pictures that it forgot to deliver a compelling narrative. Even power players like Disney have struggled, with 2018&rsquo;s Solo: A Star Wars Story blemishing the beloved property with an empty backstory based on one of its most interesting characters. Save for the Russo Brothers, the industry hasn&rsquo;t quite mastered the art of simultaneously contributing to a larger lore while weaving its own compelling story. Undoubtedly, Tachikawa-based&hellip;

Summary : As the third entry in the illustrious Trails of Cold Steel, expectations are probably off the charts. Thoroughly, Falcom meets and occasionally exceeds them, delivering an impeccable entry for one of one role-playing's all-time great franchises.