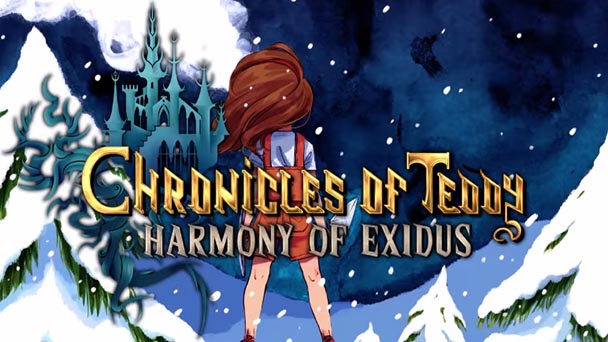 As game worlds have grown, so has the push to provide players with guidance. But occasionally, instruction can border on the overt, diminishing the thrill of exploration and discovery that can make play feel so stimulating. That’s certainly not the case with Chronicles of Teddy: Harmony of Exidus, a retro-inspired title that’s takes a refreshingly hands-off approach to player assistance. Deliberately, Chronicles channels the feeling of being an inexperienced player, who after tearing off the shrinkwrap from Zelda II: The Adventure of Link and disregarding the instruction booklet, ventures bravely into the unknown.

Note: I’m going to be slightly ambiguous with this review to preserve Harmony of Exidus’ sense of adventure.

A text crawl expresses an excessively complicated premise, which attempts to link the developer’s 2013 point-and-click title, Finding Teddy, with this puzzle-driven, action-based sequel. Whereas the predecessor detailed a young girl’s trek to save her stolen plush bear from a spider king, this game offers a bit of sympathy for the arachnid antagonist. We are told an evil magician named Anguis has defeated King Tarant and seized control of the world of Men, sealing off the realm with the archetypal baubles that are spread across the reaches of the empire, causing closure until they are collected. But before the empire is secured, Tarant is able to sneak out and possess the game’s eponymous teddy bear. As an introduction, the setup front-loads a lot of lore, rather than imitating the gradual exposition of many old titles. 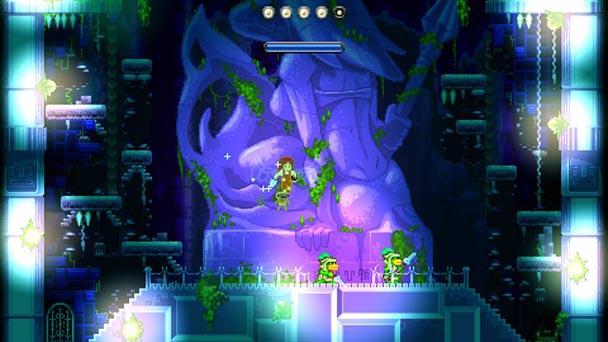 Ironically, a modicum of text follows the introduction. Beyond an environmental signpost that illustrates how to dash to reach outlying platforms, navigational instruction is scant. Likewise, the fundamentals of combat come from experimentation rather than tutelage. While sticking your short-ranged dagger into wandering creepy-crawlers is instinctive, the first time you face an armed antagonist, you’re destined to lose a few the orbs which measure health. But experiment or use your comprehension of the classics and you’ll be able to defeat the foe, as well as their respawning brethren.

A few minutes with Chronicles of Teddy demonstrates the game’s action-driven inspiration, as you move from one zone to another in classic Metroidvania style. Naturally, there’s a bit of back tracking and exploration, as power-ups endow the protagonist with enhanced navigational abilities, allowing for a double jump or the ability to scramble between two adjacent walls. Discovery plays a key role here, as accessible routes aren’t always highlighted, and the game’s map is strategically vague. But soon, you’ll detect the developer’s other ambition- which endows the journey with a number of intriguing puzzles. 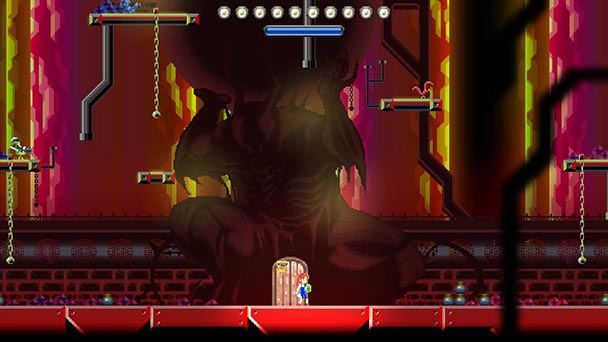 Arguably, the biggest innovation arrives with the discovery of the Musicom, a tool that allows for the expression of twelve different sounds. And it’s here that developer LookAtMtGame weaves language into the title’s trek, with NPCs who speak in musical tones. Bringing up the Musicom allows players to summon the selection of phonemes which comprise their system of communication. However, players have to use an expanding, in-game lexicon of phrases if they ever hope to resemble anything more than a blathering buffoon.

This system of language is well implemented, allowing players to open doors and even issue phrases that will help in the defeat of bosses. But it’s also tragically limited, with most player responses receiving a right or wrong evaluation. Ideally, it would have allowed for the type of playfulness exhibited by Oddworld: Abe’s Oddysee, where utterances would elicit a range of reactions from characters. Still, it’s hard to knock a game with puzzles as creative and spirited as the one in play here. Other conundrums center on enigmatic multi-hued blocks, and fireflies that defy capture. Essentially, Harmony of Exidus tests mind and reflex in equal measure, offering distinction from most Metroidvanias. 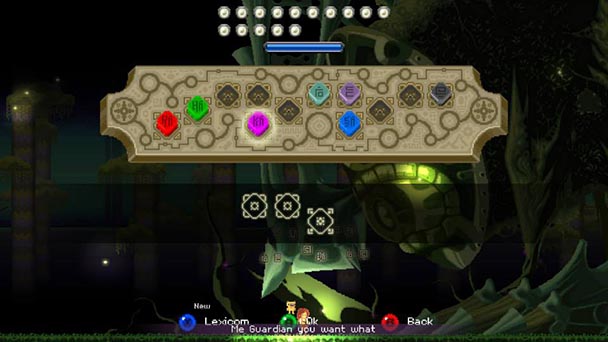 Visually, Chronicles of Teddy employs a pixelated aesthetic that references the 16-bit era. For visual variation, the game’s camera pulls way for a panoramic outlook on the action, as well as the sporadic tight zoom, which highlights the fluid animation exhibited by the protagonist. In keeping with the genre, the title offers an assortment of milieus, each with their own graphical theme. Pleasingly, each is rendered attractively, with a captivation amount of detail. Musically, Harmony of Exidus favors moody soundscapes over the typical cheerful chiptunes, endowing the title with aural distinction.

Undoubtedly, Chronicles of Teddy: Harmony of Exidus is aimed at players who appreciate an absorbing sense of adventure- where discovery is as fundamental as action-driven mechanics. If you fall into that category, the title offers an intelligent, invigorating twenty-hour campaign, that easily warrants the fifteen-dollar price tag. 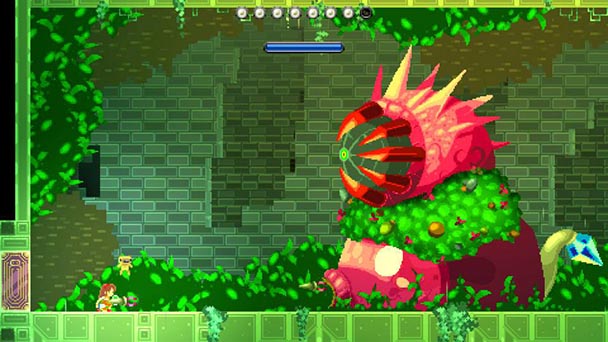 Chronicles of Teddy: Harmony of Exidus was played on the PlayStation 4 with review code provided by the publisher.

Chronicles of Teddy: Harmony of Exidus
Platform: PlayStation 4, Wii U, PC
Developer: LookAtMtGame
Publisher: Aksys Games
Release date: March 29th, 2016
Price: $14.99 via PlayStation Store, eShop or Steam
Chronicles of Teddy: Harmony of Exidus review
As game worlds have grown, so has the push to provide players with guidance. But occasionally, instruction can border on the overt, diminishing the thrill of exploration and discovery that can make play feel so stimulating. That&rsquo;s certainly not the case with Chronicles of Teddy: Harmony of Exidus, a retro-inspired title that&rsquo;s takes a refreshingly hands-off approach to player assistance. Deliberately, Chronicles channels the feeling of being an inexperienced player, who after tearing off the shrinkwrap from Zelda II: The Adventure of Link and disregarding the instruction booklet, ventures bravely into the unknown. Note: I&rsquo;m going to be slightly ambiguous&hellip;

Summary : Save for an unnecessary complicated backstory, Chronicles of Teddy: Harmony of Exidus succeeds with a distinctive marriage of Metroidvania mechanics with creative puzzling.