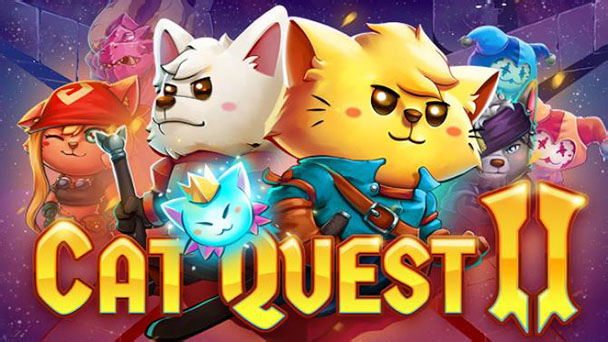 With lengths that often exceed forty hours and involved storylines that habitually deliver an assortment of twists, role-playing games can often be daunting undertakings. But they’re also especially adept as depicting the hero’s journey. Supplying a gratifying drip-freed of exposition and a multitude of mechanics to learn- all before concluding with a poignant finale, they’re also one of the most rewarding genres of gaming.

Understandingly, not everyone can take on that kind of commitment. Responsibilities like working, education, and families can tap into leisure time, leaving scant room for games that might take more than a full-time workweek to complete. With the release of Cat Quest 2 on PC and the newly launched Apple Arcade service, those who desire rapidly-resolved encounters and a bit of the inventory management of an action-role-playing game might find a convenient compromise. 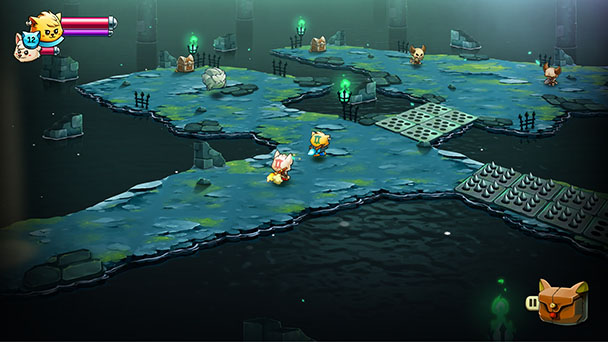 Paw-itively a Plethora of Puns

Much like 2017’s Cat Quest, Singapore-based developer The Gentlebros keeps the storyline exceedingly simple. The inaugural offering depicted a context where your feline lead rescued his kidnapped sister from malevolent forces. Smartly, the sequel lightly builds on its lore, detailing the division of a once-unified world from the pursuit of a powerful weapons known as the Kingsblade. Splintering the feline faction of Felingard and the canine clan of the The Lupus Empire, Cat Quest 2 has prophesized representatives from both realms working together to overthrow the illegitimate rulers who have seized control.

Those expecting an expansive narrative might be disheartened by the game’s concise plotline, which offers a scant number of plot points across its five to six-hour duration. But Cat Quest 2 isn’t trying to complete with the kind of rambling trek found in something like Diablo 3. Instead, the title is comfortable with delivering a cast of one-dimensional anthropomorphic characters. Without any kind of characters arcs, the game’s plethora of cat puns is the main hook. If you like these kinds of witticisms, you’ll undoubtedly enjoy the game’s conversations and amusing city names. 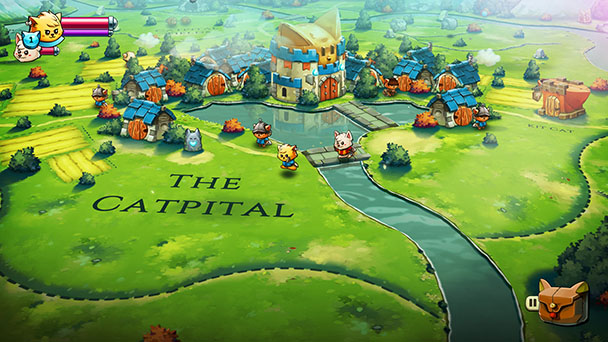 Instead, Cat Quest 2’s focus is squarely on the action, with encounters littered across both the overworld and the title’s ample supply of dungeons. Battles don’t transition onto a separate battlefield. Instead, you’ll tackle the game’s multitude of opponents on the stop, occasionally using environmental traps to whittle away the hit points of adversaries.

Opponents attack with regularity, projecting a growing circle within in a circle to signify the timing of their strike. If you’re caught within the highlighted area when both circles converge, you take damage, encouraging a fighting style when you’ll execute a short combo before dashing out of danger’s way. 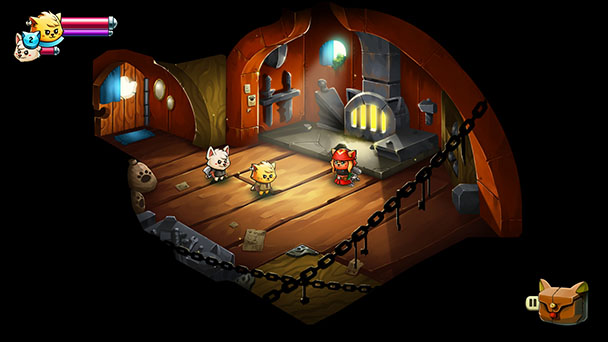 A Power-Up Would be Purr-fect Right Now

Explore the alcoves of each dungeon and you’ll uncover abilities and weapons that will augment your ranged and melee weapons. Likely, you’ll discover up a quartet of magic skills and the ability to invoke damage during your dash, turning Cat Quest 2’s heroes into a formidable duo.

The last sentence indicates one of the key differences with the sequel; Cat Quest 2’s journey revolves around two characters. For cooperative players, this allows for a fun, communal experience, as you work together to fight foes. For individualists, you’ll be accompanied by an AI assistant. They’ll habitually walk into traps and launch ranged strikes only when they’re adjacent to foes. But you can also outfit them with one of the sequel’s new two-handed weapons, where they’ll dispense substantial amounts of damage. 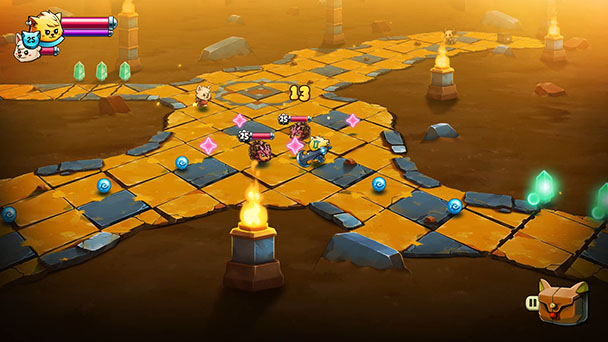 Fun, But Not Quite the Cat’s Meow

While Cat Quest 2’s combat is enjoyable and experimenting with different types of armor and weapons lends a light RPG impression, the game doesn’t reach the level of involvement demonstrated by the genre’s better efforts. Instead, you’ll explore the game’s two expansive maps with the feeling of witnessing something truly engaging, but Cat Quest 2 never really delivers on that potential. In execution, it feels a lot like TT Game’s LEGO titles, containing just enough novelty to prod you along.

That’s not to say Cat Quest 2 doesn’t have its rewards. The title is certainly picturesque, with landmasses that exbibit a charming, hand-drawn quality. While the game’s characters don’t display an affluence of animation frames, they’re certainty cute, conveying a family-friendly allure. Pleasingly, the game’s soundtrack delivers a wealth of orchestrated pieces that would feel out of place in a Hollywood film. Collectively, these qualities make the title a light-hearted romp that’s ideal for parents and children to play together. Even an adult with no kids like me, might appreciate its cheery qualities.

Cat Quest 2 was played on PC with review code provided by the publisher.

Cat Quest 2 review
With lengths that often exceed forty hours and involved storylines that habitually deliver an assortment of twists, role-playing games can often be daunting undertakings. But they&rsquo;re also especially adept as depicting the hero&rsquo;s journey. Supplying a gratifying drip-freed of exposition and a multitude of mechanics to learn- all before concluding with a poignant finale, they&rsquo;re also one of the most rewarding genres of gaming. Understandingly, not everyone can take on that kind of commitment. Responsibilities like working, education, and families can tap into leisure time, leaving scant room for games that might take more than a full-time workweek to complete.&hellip;

Summary : It would be difficult to find an action-RPG more accessible or as thoroughly cute as Cat Quest 2. It might be light on story and sophistication, but it delivers on uplifting satisfaction.