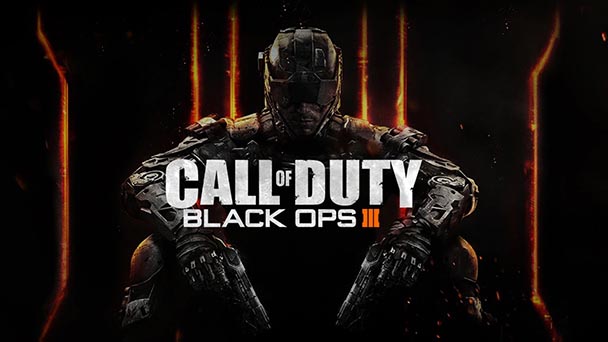 It might be time to amend Benjamin Franklin’s quote; the certainties of life are now death, taxes, and a new Call of Duty game. After more than a decade of annual entries, Activision’s war machine shows little sign of any kind of production-based atrophy. But creatively, stagnation has seeped in years ago, with a triad of developers-  Infinity Ward, Treyarch, and Sledgehammer Games revisiting the same old war tropes and linear, shooting gallery-style gameplay.

Initially, the recent release of Call of Duty: Black Ops III for the PlayStation 4, Xbox One, and PC seems to dwell in the same tired, testosterone-teeming trenches. Once more, players assume the role of U.S. liberators in a context established by the Raul Menendez-initiated drone strikes that punctuated Black Ops II. Farcical acronyms like the Directed Energy Air Defense, or D.E.A.D. abound, as does the flatness and creativity of the soldierly banter. But, Treyarch has always had an infatuation with the fantastical, and this fervor fuels the latest entry. 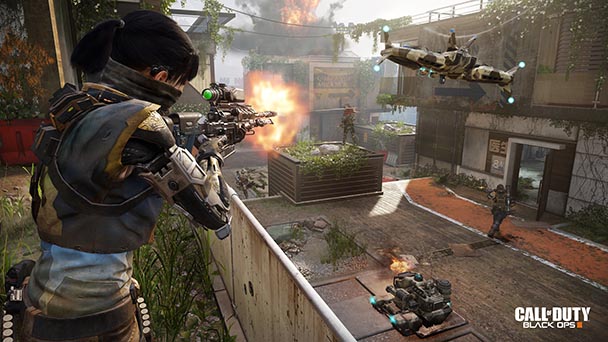 And much like Kevin Spacey’s performance in Advanced Warfare, once Law & Order: SVU’s Christopher Meloni shows up, things become exponentially better. Once the actor delivers his opening soliloquy, the game finds it groove, allowing Treyarch to return to their signature intersection between audience appeasement and absurdity. Sure, the game never makes good on its ambitions to plumb the precarious amalgam of man and machine or the unchecked advancement of technological weapons controlled by emotionless computing networks. As such, the pontification is better left to games like Deus Ex or BioShock, where action finds an equitable balanced with narrative.

For Black Ops III, story exists for the sake of gameplay, with a concession called the Direct Neural Interface, endowing the game with distinction. Essentially, the plot device endows battle-beaten soldiers with high-tech prosthetics, allowing for the cognitive command of computers, machine, and weapons. In execution, it allows for indulging experiences like the remote hacking of an enemy turret, allowing player to seize control and mow down a legion of unsuspecting foes. 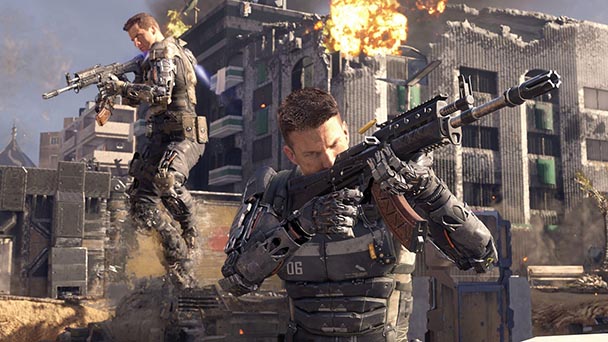 More indulgently, DNI tech endows protagonists with new abilities. Perilous sectors become underscored by a scarlet grids on the ground and inbound grenades display a blast radius. Adversaries hidden by cover are highlighted in bright orange, allowing for easy assessment of multiple threats, while a parkour-like wall scamper permits a new way to navigate the environment. Now, players can select special skills at safehouses scattered around each of the elven stages, selecting special cooldown skills like nanobot flies that can harass opponents or brainwash robots into becoming allies. Yes, it can feel a bit like these rugged soldiers are indulging in a bit of battlefield sorcery, but it can look past the incongruity, these tools are a hell of a lot of fun.

Notably, Treyarch has listened to players’ persistent criticism and abandoned the “hall shooter” approach that has stifled the series.  Now, areas are larger, extending multiple routes and even a bit of verticality for players who relish their augmented maneuverability. This change also lends itself to Black Ops III’s co-operative capabilities, allowing up to a quartet of players to synergize, as each uses their own specialization to promote team perseverance. The only downside to communal play is the developer’s approach to difficulty scaling, with the increased enemy counts easily exploited by savvy squads. Amusing, Black Op’s combatants deliver a nut-punch to Halo 5: Guardians, offering split screen functionality not only across the campaign but in the title’s two other modes. 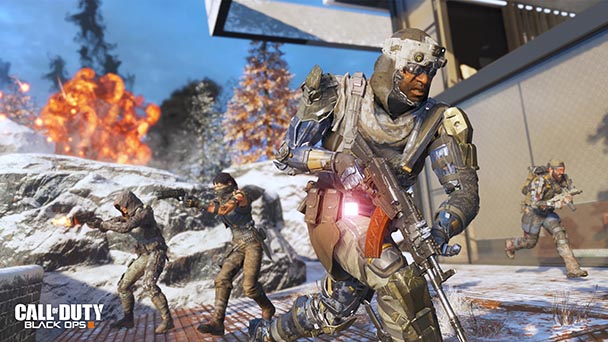 A foursome can also tackle Zombies: Shadows of Evil, a mode which also confirms Treyarch’s partiality for the peculiar. Here, players are dropped into a seedy, forties-era municipality that’s saturated with zombies, Cthulhu-like creatures, perpetual rain, and a wailing alto saxophone. With voice work and facial scans contributed by Jeff Goldblum, Heather Graham, Neal NcDonough, and Ron Perlman, Zombies balances convention and quirk, as players tackle hordes of monsters, patch barricades, and gradually unlock new areas and weapons. The big twist here is that players can temporarily transform into a formidable, tentacle beast- emitting electric arcs and assailing opponents with your spindly limbs.

The other big change is that progress is additive. Although weapons, and unlocked areas are forfeited when the team is defeated, character levels and perks are persistent. Along with a selection of secrets, the mode has the potential to maintain player interest for a protracted duration. Pleasingly, the undead aren’t just constrained to Shadows of Evil, with Black Ops III offers a new game+ option where zombies and a nice voiceover track are remixed into the main campaign. 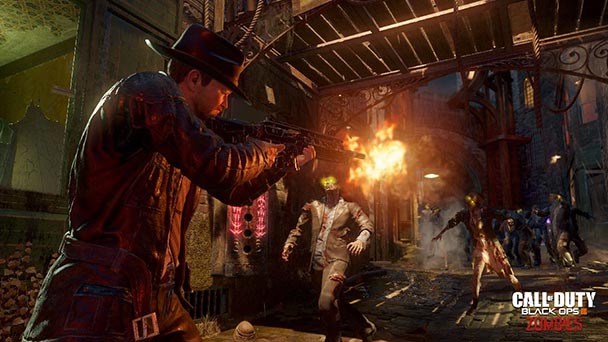 Finally, there’s Black Ops III competitive component which builds on the success of previous iteration. As such, mainstays like the Pick 10 and Score Streak systems return, lending an elevated level of customization. This time out, gamers no longer play as common combatants, selecting to become one of four specialists the first time they enter the multiplayer arena. From an elite archer to a hulking robot, each selection bestows a perk and an exclusive weapon that players bring into the fray. Beyond the customary drip-feed of perks and weapons, you’ll unlock five more specialists. When coupled with the new movement system, fracas feel fresh with powers like wall-running, swimming, and boost jumping fitting quite nicely into the system.

Although these abilities could have radically tarnished Call of Duty’s competitive cadence, they’re thoroughly tempered. In execution, players tended to use the capabilities to traverse sections of the map, rather than become nimble, untrackable machines with improbable K/D ratios. The only downside is that maps require player practice, as some of visual signifiers of what is traversable are a bit too ambiguous. 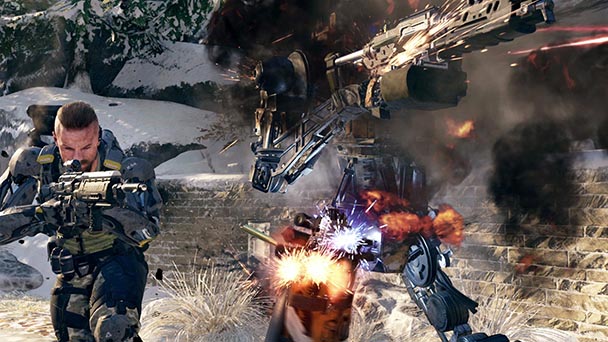 That’s not Black Ops III only transgression. While elevated challenge levels improve opponent intelligence, too often enemies behave in predictable ways. Similarly, there’s no really enough enemy types, with battlefields often filled with identical character models, leading to a bit of visual fatigue. On the Xbox One, both multiplayer and Zombies run at a solid sixty frames per second, but the game’s campaign sporadically misses that benchmark, which is especially noticeable during cutscenes. The game’s other aesthetics fare better, with percussive grenades and explosions sounding markedly dangerous in Dolby Digital sound.

Two years ago, Call of Duty: Ghost showed the ten billion dollar franchise slipping into decline. While Advanced Warfare exhibited improvement, it wasn’t quite persuasive enough to signal a comeback. Despite some minor storytelling and technical issues, Black Ops III feels like the first truly next-generation Call of Duty, imparting each of its three modes with both playability and the expected amount of graphical polish. Undoubtedly, an encore will be arduous, with the Black Ops III’s content and hardware-wringing establish a new high point for the series.

Call of Duty: Black Ops III was played on the Xbox One with review code provided by the publisher.

Call of Duty: Black Ops III
Platform: PlayStation 4, Xbox One, PC
Developer: Treyarch
Publisher: Activision
Release date: November 6th, 2015
Price: $59.99 retail or via PSN, XGS, and Steam
Call of Duty: Black Ops III review
It might be time to amend Benjamin Franklin&rsquo;s quote; the certainties of life are now death, taxes, and a new Call of Duty game. After more than a decade of annual entries, Activision&rsquo;s war machine shows little sign of any kind of production-based atrophy. But creatively, stagnation has seeped in years ago, with a triad of developers- &nbsp;Infinity Ward, Treyarch, and Sledgehammer Games revisiting the same old war tropes and linear, shooting gallery-style gameplay. Initially, the recent release of Call of Duty: Black Ops III for the PlayStation 4, Xbox One, and PC seems to dwell in the same tired,&hellip;

Summary : Each of Call of Duty: Black Ops III’s trifecta of modes deliver delayed gratification, reaching first-person-satisfaction after at least a few hours of play. Take this as a sign of the game’s longevity. You’ll likely still be perk chasing when the inevitable sequel gets announced. 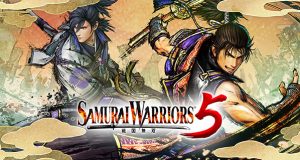 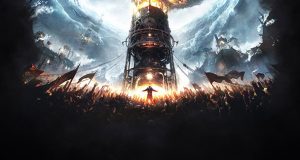